Is It A Small World After All? 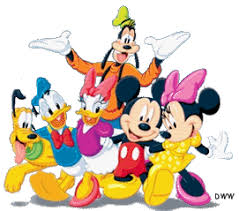 During a recent conversation with some prospective future retirees to Panamá, a subject arose that had never before.  In talking about the future airport being built on the other side of Coronado this visitor said he heard that Disney was looking to open a park here.  It would be called Disney Latin America and tourists could fly to the park from all over the world, directly into the new airport that would open someday in Rio Hato.

An expensive Disney park here in Panamá?  A country of this size could never support such an endeavor.  Anyone that's every visited one of their parks knows that a one day pass is around $100 per person.  In a country where the average earnings are around $400 or so per month, an average family of four would have nothing left to live on after one visit to the park.  Although I've enjoyed many a day in Disney parks in Florida I certainly don't want to live near one!


Outraged by the thought I did some research and here's what I found out.  An article that referenced this $658 million dollar project, said that Disney bought the land back in 2001 to build a 350 acre theme park near the entrance to Coronado, a high-end beach community.  As part of the deal Disney with the cooperation from the local government, would change the names of nearby towns to cutesy cartoon like names.  For instance the beach town of Gorgona would become "Agrabah" after the Arabian town in Aladdin.  Gorgona would also become an extra parking lot for the park where guests would board a train and be taken to the main entrance of the park.

As I continued to read the article I became enraged, since our house is just five minutes down the road from Gorgona.  I didn't sign on for this.  Had I wanted to live outside of a tacky, Disney theme park I would have retired to Florida.  But as I continued to read the article it said that the project was to be completed by November 2012....last year?  Well below is the full article for you to see for yourself.  Be sure to click on the link at the end for the full whammy...along the gringo trail.

Panama officials confirmed today that the government of Panama has issued The Walt Disney Company the required permits to begin construction on a $658 million theme park near the Pacific Coast. The first phase of the project, which will be named Disneylandia, is set to be completed in November 2012 and will include a theme park, hotels, airport, and production studio. Located on the Pan-American Highway near the entrance to the resort town of Coronado, the 350 acre park is expected to significantly increase the number of tourists entering the Central American country annually. Disney officials cited many reasons for choosing Panama as the new location of Disney, including a dollarized economy, strong democratic government, and the need to give Latin American residents who find it difficult to get an American Visa the opportunity to visit the home of Mickey and Minnie Mouse. Disney purchased the land in 2001, and plans to purchase more land in the future for expansion. (more)

As part of a deal struck with Panamanian officials to bring the theme park to the tiny country, the names of nearby coastal areas will be changed to reflect Disney inspired themes. This has drawn the ire of local residents, who claim that the government never met with them to discuss the changes.

"The government has sold out our beautiful community without telling us anything," says Ernesto Arosemena of Gorgona, which will soon be named Agrabah, after the Arabian town in Aladdin. The area at the entrance to Gorgona is slated to become a satellite parking lot, and officials plan to build a train from there to the main entrance of the park.

Disney officials are assuring locals that they will hardly notice the construction, officially set to break ground on December 28th. Although the park plans to have construction 24 hours a day, 7 days a week, they tell residents that they should only expect traffic delays Mondays through Saturdays. For more information, please visit