Sunday was the day of giving back a little something to the community in the way of helping out families with special needs kids.  The annual event is sponsored by CASA (Coronado Area Social Association) along with hostess Maribel at her home near San Carlos. CASA along with the help of others put together 80 baskets of basic food items and other necessities to give out to families in need.  It all came together in one giant fiesta full of music, balloons, food, merriment, gifts and so much more.  JoAnne Burrill and myself entertained while dressed in elf costumes bringing smiles to everyone as they watched our antics. 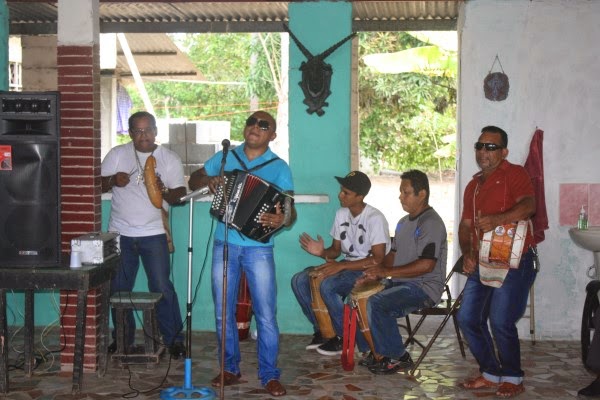 ﻿
The Band Entertains.....Local Bands Use Accordians

The families with special needs kids piled in via bus, wheel chair, carried by caretakers, with the help of crutches or other aids. CASA members helped by carrying in the food baskets, inflating balloons, helping serve the food, taking photos and helping to entertain.  Kids and adults alike were made to feel like royalty as they were crowned with foam crowns constructed by CASA volunteers. 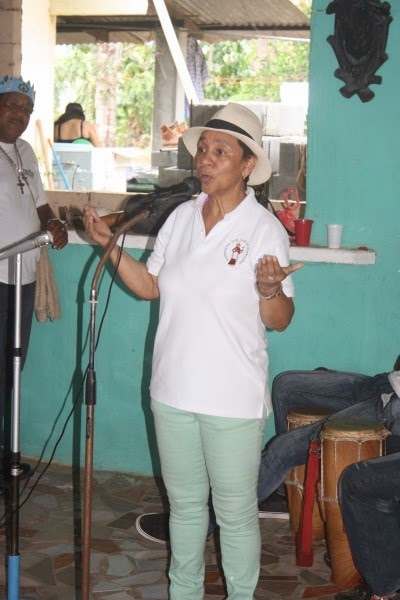 A local church provided a lunch for all which included turkey, rice, potato salad, fruit and cake.  Kids were all treated to ice cream cones, candy, and gifts before the food baskets were handed out.  With loud Latin sounds permeating from a local band, elf Jo Anne and myself kicked up our pointy elf shoes on the dance floor as we coaxed the kids up for some fun.  Although some of the physically challenged kids couldn't stand for too much dancing others kept us up and dancing until we tired out.
Clyde took photos of the kids and CASA members printed them out on the spot before handing them out to the families as a keepsake of the days event. 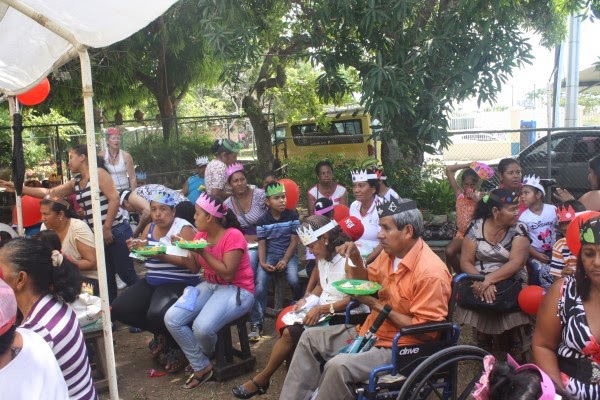 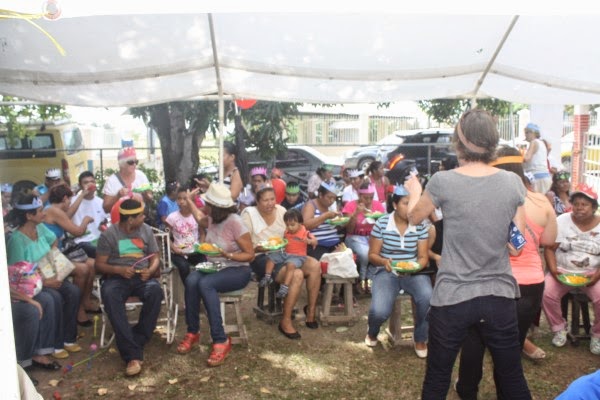 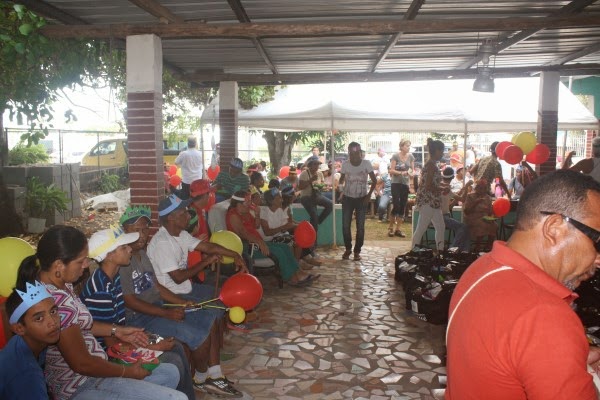 From The Inside Out
﻿

Along with CASA a big thanks goes out to Poco Loco's Rock and Roll Band for coming out of retirement to perform a fundraiser concert.  Ferreteria (hardware store) HIM helped by buying several of the food items (80 of each) on the list and our friends at Mailboxes Etc. provided reusable bags to hold the items. Playacommunity.com purchased 80 canned hams to add to the bags and Eileen at the Coronado Equestrian Club helped our by giving us a place to store all of the food until it was needed.
And a special thanks goes out to our hostess Maribel who opens her home each year to 80 plus families. She and her volunteers cooked up a ton of food, set up chairs, provided a band, drinks and so much love for these families and the kids. And none of this would be possible without Louise, the President of CASA who goes out of her way every year to organize the event with the help of Vice President Clyde and other volunteers. This is a special group of friends with such big hearts who are always willing to help those less fortunate without a hesitation 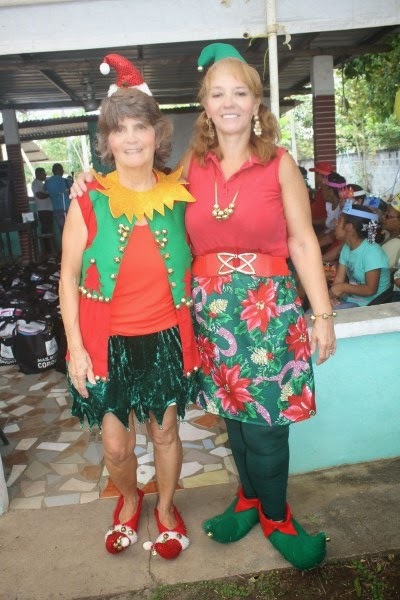 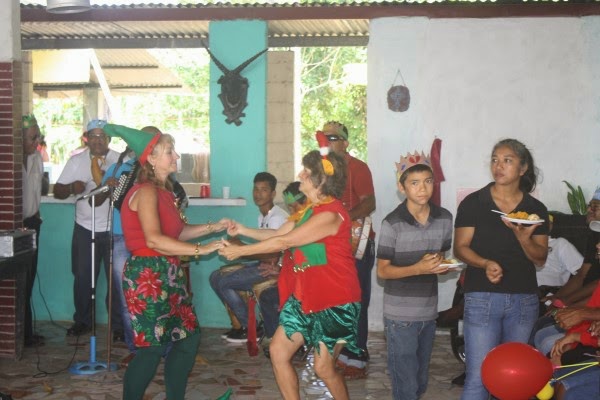 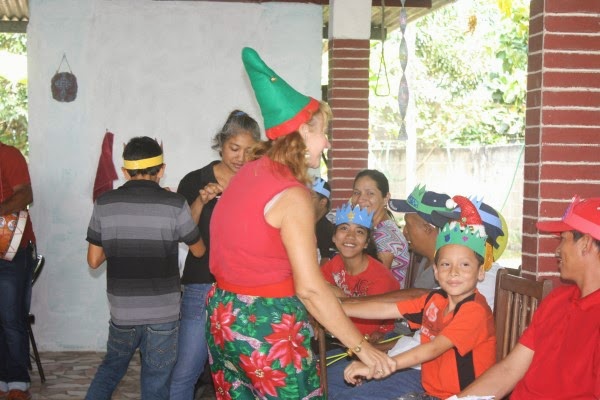 Dancing With The Kids 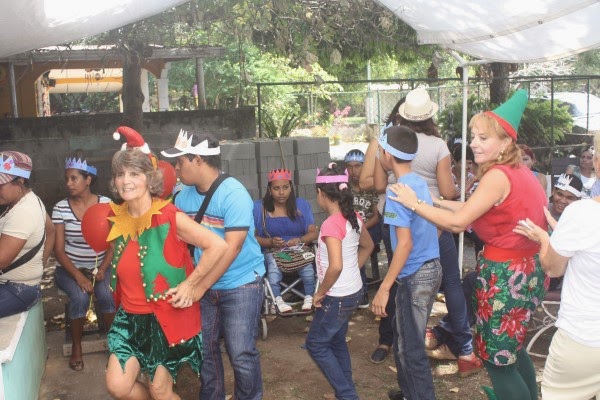 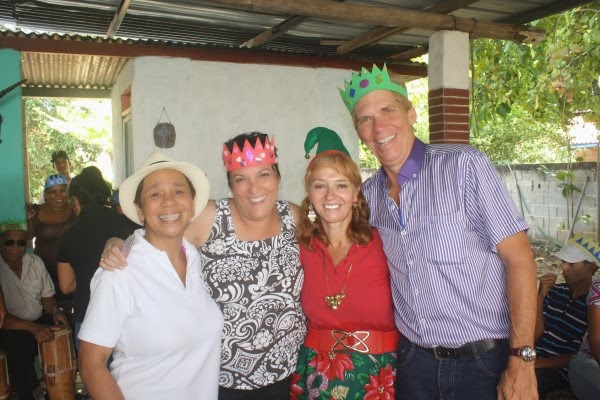 Personally I had a blast with some great kids, some of who I remembered from last year.  I enjoyed dancing, joking, tickling, hugging, and playing with them as a silly elf that I was.  Jo Anne and I interacted with each and every child, even the shy ones that wanted to be left alone. Hopefully this special event helped put a smile on many faces and helped make their lives a little brighter......along the gringo trail.
at January 11, 2015