Summertime in Panama is also known as the brown season since it's the time of year when all the grass, plants, shrubs, and trees dry up from the lack of rain. The four month dry season usually runs from December through April with little to no measurable rainfall to be seen.  Clyde enjoys this time of year since the need to mow the grass ceases, as the green plush landscape changes to hues of brownish yellow.  On the other hand what also dies are the decorative plants around the house along with anything else that we planted.  Since neither of us is good at remembering to water the plants and shrubs, this year Clyde decided to put in a drip irrigation system.  By burying a system of pipes attached to a timer, the plants can receive water each day for a set amount of time keeping them alive until the rains begin again.

So my industrious hubby has been shopping for all of the necessary parts both locally and in Panama City.  In nearby Coronado there is only one normal type of "gringo" store that sells hardware.  It's a store called Novey that displays hardware products on the shelves just like a store would back in the states. They have hoards of helpers standing around ready to pounce on customers to assist them in finding items. But when Novey doesn't have what he needs, Clyde is forced to visit a "chino" hardware store where everything is behind the counter, similar to a pharmacy here.  In this case Clyde must ask the clerk behind the counter for whatever it is he needs in Spanish.  Sometimes that's harder than it sounds when it's something he really doesn't know a name for in English. 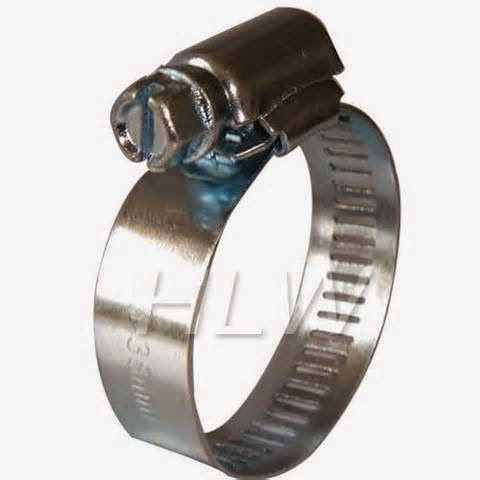 A Hose Clamp, This Is What He Needed
﻿

Yesterday Clyde was out looking for a hose clamp but Novey was out of them.  He went to another small hardware store and attempted to ask the clerk for the item.  Although he does pretty good with Spanish he was having difficulty explaining what it was that he needed.  He explained that he had a "tubo" a tube (pipe) with a "manguera" or hose over it and needed something to go over that. A clamp is what he needed in English but didn't know the word in Spanish.  Finally the girl figured out what he was asking for and grabbed a box with one in it.  He read the word "abrazadera" on the box which means "clamp."  The next day he realized he needed another one and went back to the same store.  The clever clerk asked him in Spanish if he remembered how to say the word. Clyde admittedly said, "no he didn't remember."  The girl jokingly gave him a hard time telling him in Spanish that she could not write up the ticket and sell him the item, until he could say the word. Eventually she used her arms to simulate a hug "abrazos" in Spanish and reminded him that the word is "abrazadera."  I guess we could say that a "hose clamp" is nothing more than a hug for a hose, and a word that will never again be forgotten.......along the gringo trail. 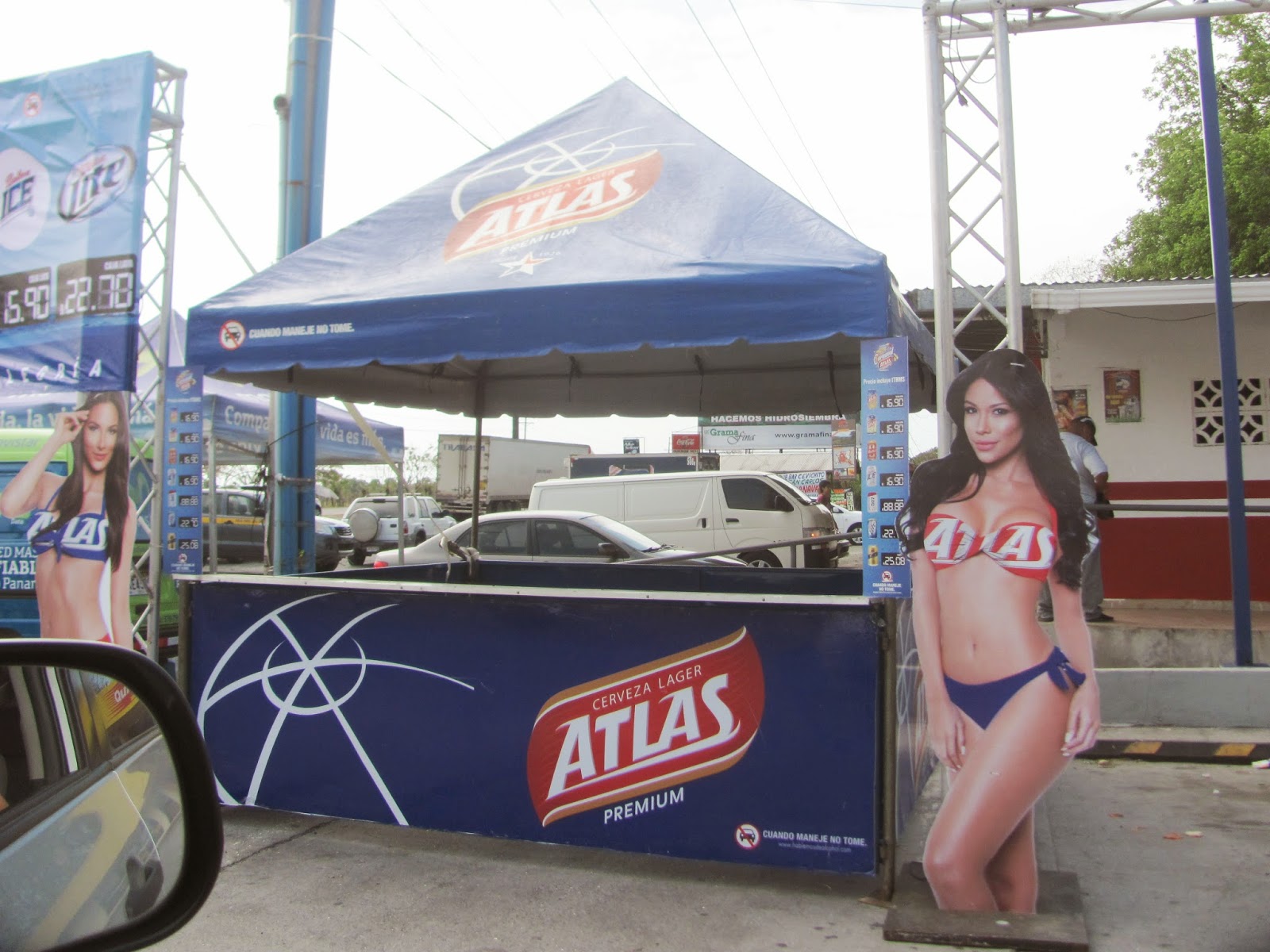 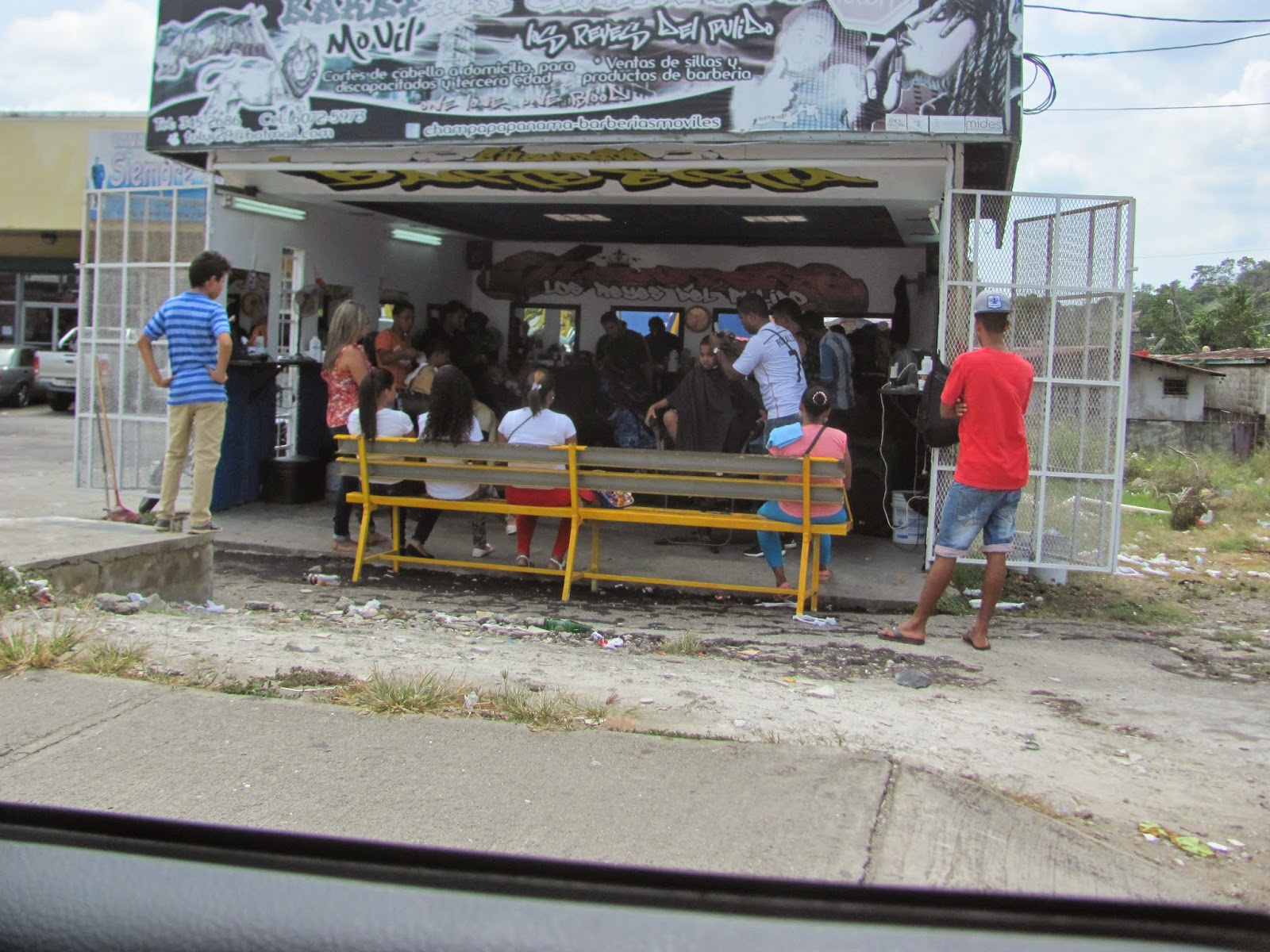 Haircut Anyone?  A Barber Shop In La Chorrera 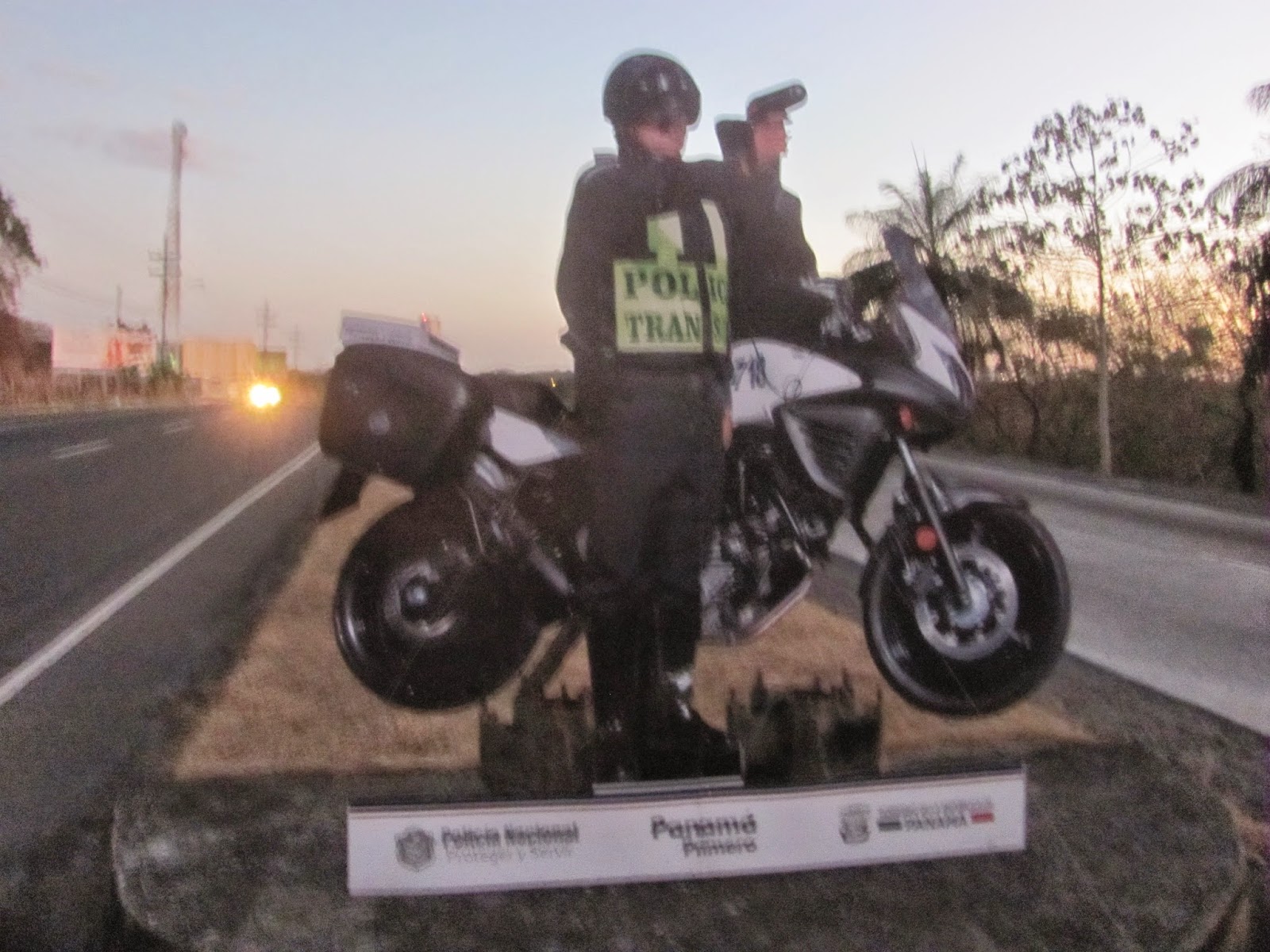 Extra Police On Patrol......Is He Real?
It's A Cardboard Standup Placed Along The Highway