Gringo's Go Stateside.....Deep In The Heart Of Texas

It's a beige but pristine world with perfectly manicured lawns and clean streets where pedestrians have the right of way.  Cars here actually stop at the crosswalks to let us by when we're out walking Jack, the dog we're taking care of. Shopping malls line the roadways offering more choices of most everything than any one human really should need. Restaurant food portions are HUGE and despite sharing a meal we still have plenty left over.  Drinks are refilled swiftly and the servers even offer free drinks to go, something we had long forgotten about.

We are temporarily back in the real world of Texas after having lived in Panama for five years. Gone are the $25 mammograms, $2 shoes and sloth-like customer service we've come to know.  Stores in Panama are notorious for bagging up purchases securely with hundreds of staples to ensure that nothing can be slipped inside.  The city of Austin has actually banned the use of plastic bags in all stores and after ringing in our groceries the cashier just left them sitting there and began waiting on the next customer. Fortunately we only had a few things on that trip and began bringing reusable bags after that.  But them we came to find out that other towns did still bag groceries to confuse matters even more. 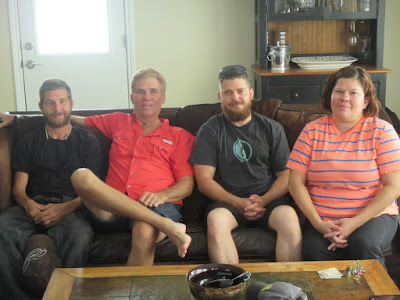 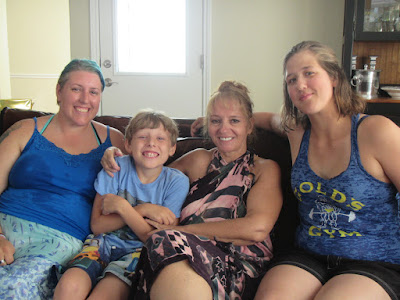 My One And Only Daughter Desiree With Grandson Vash
and Sabrina, Desi's Partner

Since we left Panama we still haven't adjusted to the fact that we are HOMELESS! But we are feeling like we're at home doing a house sit in Round Rock, Texas. As I write this there is a cute, little, furry black guy named Jack climbing up my leg trying to get a bite of the bagel that's on the table.  Jack seems to eat his dog food only after exhausting all possibilities of getting to some people food. But Clyde's not willing to part with his breakfast so Jack will eventually have to settle for his own food. 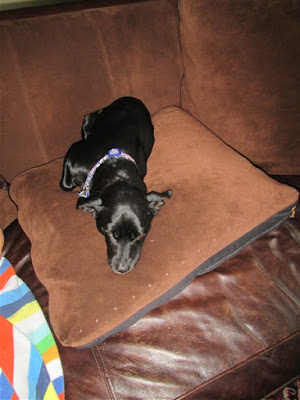 Jack Chillin On The Couch 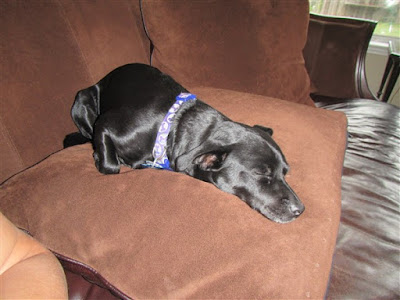 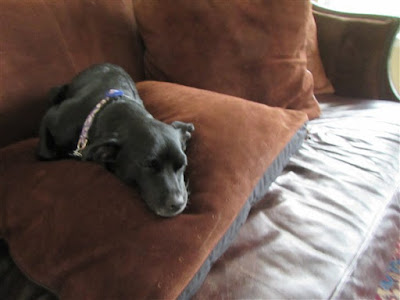 Round Rock, Texas is right outside of Austin, the famous music capital of the world. For three weeks we are taking car of Jack, a small mixed breed dog in a lovely, large house with a pool. Our days consist of walking Jack early in the morning before the Texas heat sets in.  After that we're free to hit the gym as we hooked up with a cheap membership at Planet Fitness for the duration on our stay. Then we might come back for a dip in the pool or head out for some browsing in the many stores nearby.

One of the reasons for taking this sit is to visit our kids and Clyde's daughter and husband live about fifteen minutes away. Like her father she loves to cook and has treated us to a few great meals at their lovely home. And the nice part about having a home base here is that the kids can come to us for visits, of course with previous permission from the home owners before they left. 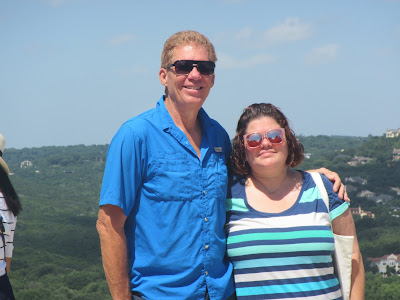 
We constantly have to remind each other, as we tell tales to those we meet of our home and lives in Panama, since it's all now a thing of the past. No longer do we have a house, a car, dogs or much of anything else as we have chosen to live a minimalist, nomadic lifestyle in order to travel.  As we've cleared out the clutter of stuff from our lives we're free to fill our lives and minds with new experiences.  The world is our home now and our residence is wherever we are at the moment. 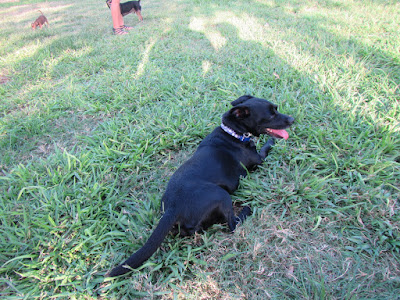 Jack Taking A Break At "The Doggie Depot" Dog Park 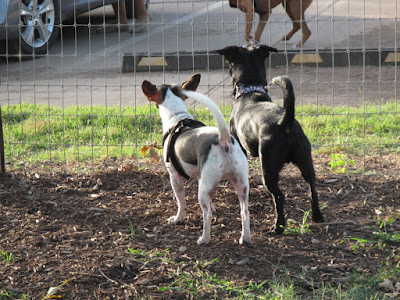 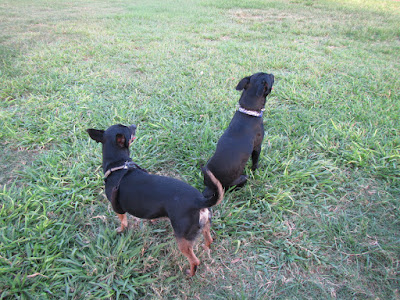 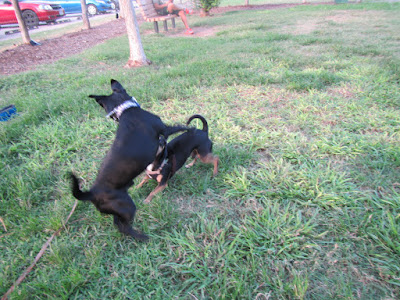 Jack and Jack Playing At The Dog Park 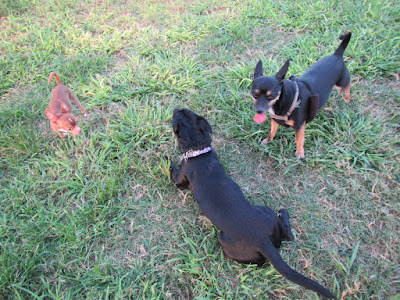 Chillin' At The Dog Park

House sitting brings a certain amount of anonymity it seems as we move directly into someone else's life. Typically a neighbor or friend of the home owner might know who we are and why we're there, but other than that we become pretty much invisible. Yet while we blend into the scenery we are able to enjoy someone else's home and animals just like our own.

And with every passing trip through an airport we realize just how much of a burden our load of two small suitcases and a backpack really is.  So we continually re-evaluate our stash and throw out more stuff along the way.  Recently we decided to invest in two packable, goose down jackets of high quality that compress into a pocket of the coat. For me this will replace a leather jacket I've been carrying along and for Clyde it will replace a puffy jacket he'd been hanging onto.

While it's still temping to buy more stuff along the way we can only do so IF it's used to replace an existing item. Because when you really think about it we can ALWAYS get more stuff but we can NEVER get another day, once we are at the end of our life's journey.

And for our upcoming to trip to Thailand where toilets are rustic to say the least, I did pick up a little something for my backpack. We all know that men have it rather easy when it comes to relieving themselves in less than sanitary restrooms, or along the roadside. And with many of the bathrooms in Asia offering a, "squat only" option for both sexes that brings more difficulty for me.  Although I'm certainly able to squat it's not so easy to point and squirt in the proper direction while wearing pants.  When I have had to cop a squat out in the woods I've usually managed to sprinkle some on my pants, shoes, leg or some unwanted place. 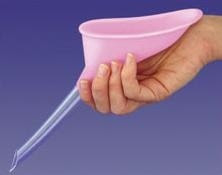 
Women no longer have to take life sitting down and can now learn to pee like a dude when nature calls out in the wild. Commonly known as a female directional device there are several brand names out there.  Some include:  The She Wee, You Go Girl, Pee Po, Clean Go and Freshette just to name a few. So now when bathroom conditions are less than sanitary or I'm forced to cop a squat along the way there is an alternative to not sprinkle when I tinkle and stand like a man.....along the gringo trail.