Gone Deep Underground Into A Coal Mine.....

The country of Wales has long been known for it's coal mining in the Rhondda Valley and throughout South Wales. By 1913 the port of Barry, Wales had become the largest exporter of coal in the world, with Cardiff coming in second. Coal was shipped across the world via rail. 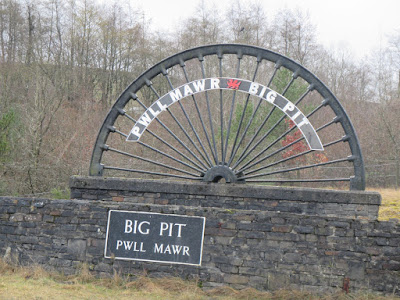 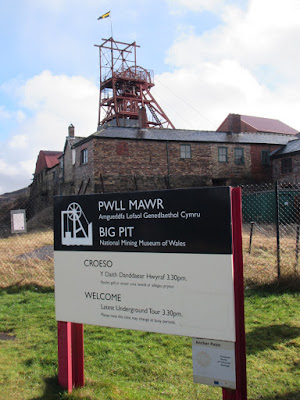 Today we went deep underground, some 300 feet to get a glimpse of what life was like as a coal miner. The Big Pit National Coal Museum located in Blaenavon, allows visitors to enter a real coal mine to get the full picture. First we were suited up with helmets complete with head lamps and a belt that held a battery pack for the light. We were also provided with a backup respirator that offered ONE hour of air,  just in case there was an emergency need. Our equipment weighed in at five pounds but with no light down under, it was certainly necessary. 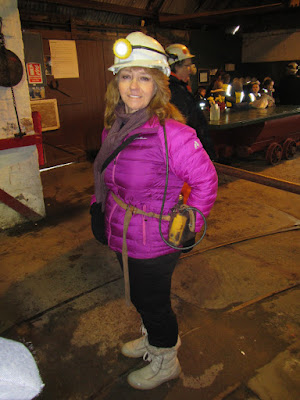 Suited Up With Plenty Of Layers Of Clothes On 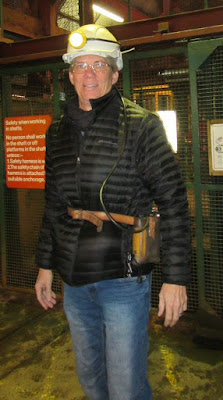 We met up with our tour guide who worked as a "real miner" for many years. He was full of tales, stories and experience having taken the plunge down into the mine thousands of times. We boarded the same shaft used by miners throughout the years and descended down into the unknown. 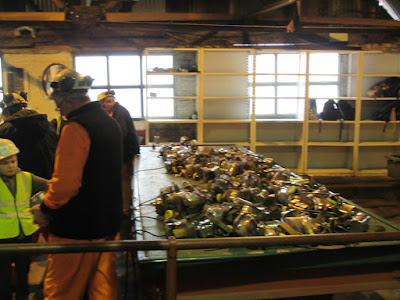 The Miners Getting Local Kids Suited Up


The bad news is that we could not take ANY battery operated devices into the mine.  This included cell phones and Cameras!  In other words, no pictures of the inside of the mine. 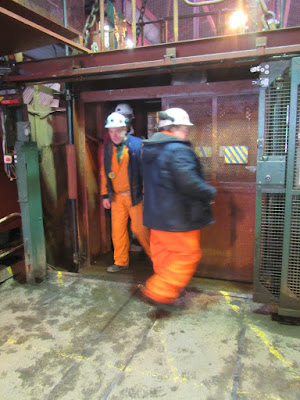 Into The Cage We Go


Along with being a UNESCO World Heritage Site the museum has won the prestigious Gulbenkian Prize for museum of the year. But like all museums that offer a wide array of educational programs, this one was packed with bus loads of school children. Our tour guide had his work cut out for him as he had to deal with 28 children and their teacher who did little to discipline them along the way. 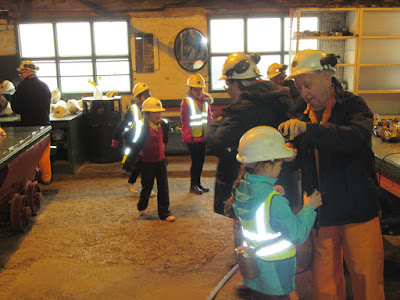 Plenty Of Kids Around


Mining was a family business and those children born into mining families were put to work by the age of five. It was believed that IF a child was not put to work by the age of eight he would never understand the meaning of work. Women, children and the men of the household all served in some capacity in the mine.  Children ONLY attended school on Sundays when they had a day off from work. During the workday children worked a twelve hour day with only a candle to light up their work areas. Hard to believe that kids that young were forced into a life of labor and eventually this law was changed to allow only older children to work the mine. 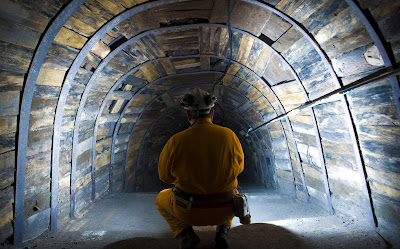 Borrowed From Online So You Get The Idea Of The Inside 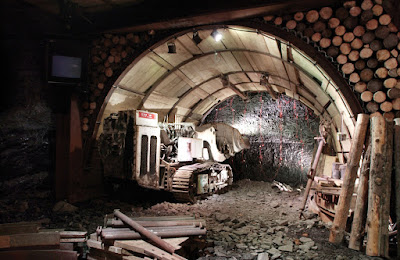 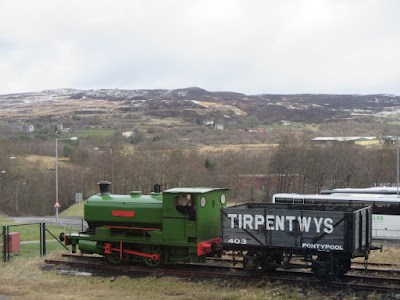 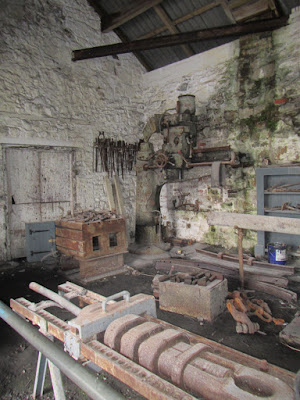 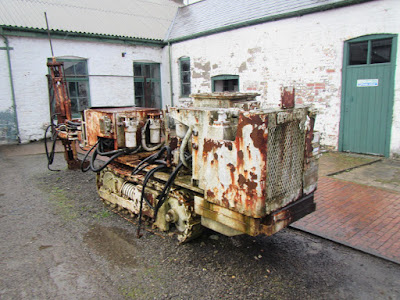 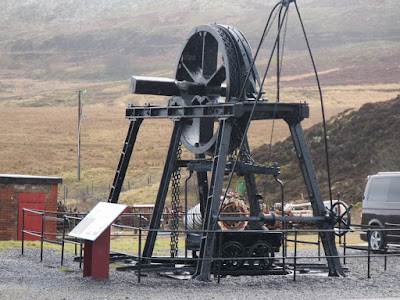 We chatted with one miner who served for 40 years since he began work there at age 16.  He told us a story about working in a different mine down the road. There he had to walk THREE miles underground to get to where he would begin his shift each day. Then he had to walk another three miles underground at the end of each shift. He went onto explain that his work area was so compact that he worked in a squat position for 12-hour shifts which kept him fit, but later caused his back problems. 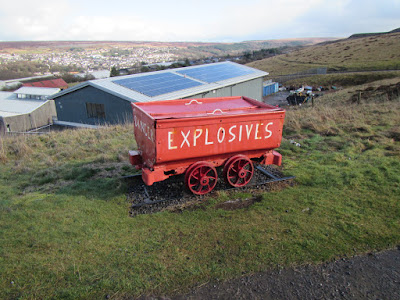 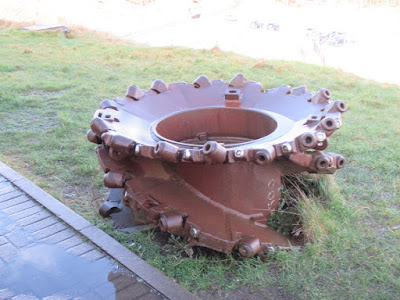 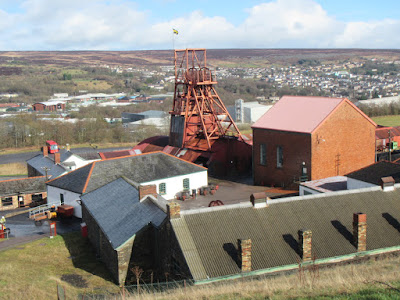 After finishing up our fascinating one-hour underground tour we headed outside to explore other parts of the museum. As it seems is typical here in Wales the weather literally changes by the minute. What started out as a lovely sunny day soon turned to rain, snow, sleet with heavy winds then back to sunshine and a repeat of the whole mess. Our sunglasses went on, came off, hats on, then off and the same with gloves and other warm weather gear. 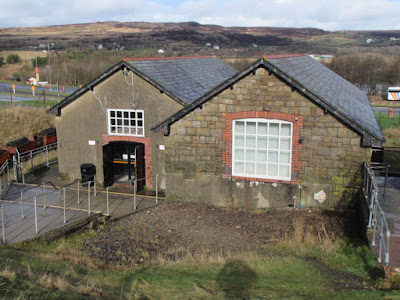 We toured the Pit's bath house that made life a whole lot better for the miners and their families. The facility offered both clean and dirty lockers to house their belongings along with showers, filling stations for their water bottles to take into the mine, and even a boot washing station. This whole process kept miners clean from debris, grease and disease that they didn't bring to their homes. 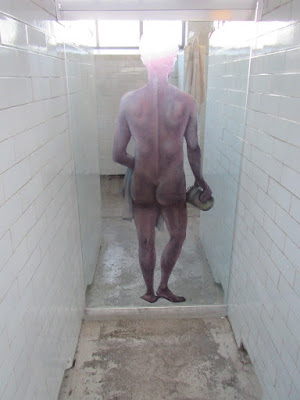 A Ghost Of A Man In The Bath House 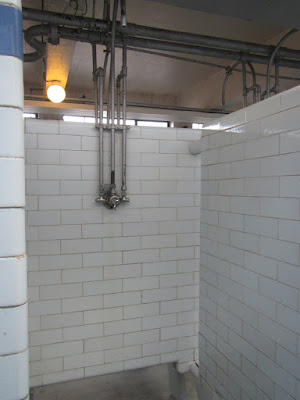 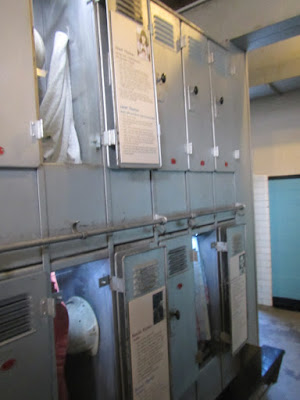 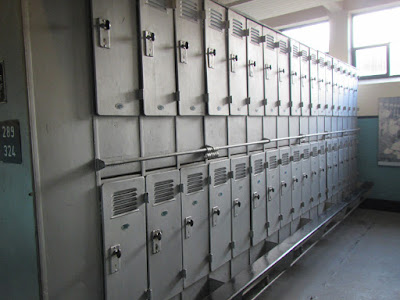 The Big Pit offers visitors a well laid out, easy to understand museum full of interesting objects that most anyone would enjoy seeing.  And the best part of all is that admission to the Pit is totally FREE and offered us fabulous views into Welsh life along with views of the country side......along the gringo trail.
at February 28, 2017