Driving home last night from the grocery store we turned down our road and the right tire dropped into a hole.  Clyde got out and tried to push the car out with no success.  Although the car does have 4-wheel drive, the sensor is broken and we haven't been to the city yet to have it fixed. 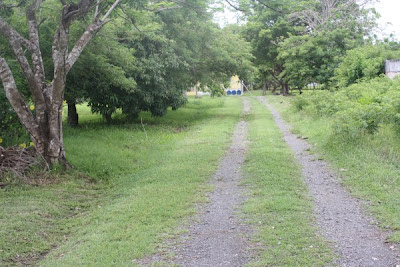 A view towards the hole
NOTE:  I had mowed it the day before! 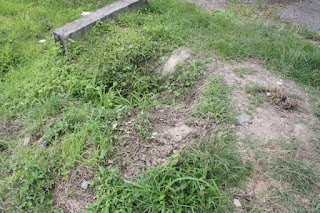 The HOLE!
Much easier to see during the day.
﻿
Since Panamanians live with their front doors wide open, our neighbors were half outside and half inside their house. With no where else to turn Clyde walked toward their house and said "ayudame, por favor,"which means "help me, please?"  A female called to her husband, a big guy who came out followed by a parade of women and children.  They helped Clyde push backward, then forward but the car would not budge.  Suddenly one of the women went inside and brought out a whole bunch more people and they all began to push the car until it slid out of the hole.

We met one neighbor when he filled our house up with smoke while burning his grass.  Another neighbor watches our trash to see what he can get for free, although he always asks permission first.  And now a third neighbor emerged when we needed help getting unstuck on the road.

The hole was hard to see at night since it was covered by grass and had it been mowed, perhaps this wouldn't have happened.  Yes you read that right, the road in front of our house is a combination of gravel, dirt and overgrown grass that's been neglected for a while.  But today Clyde took care of the problem as he mowed the road with his riding mower.  Although the main highway in Panamá is well maintained, some of the side roads are bumpy, with gravel, dirt or broken up tar.  And most roads have large ditches on either side for drainage from the torrential rains we get here.

Clyde's been shooting pictures of interesting bugs even though they're not as huge as some we've posted before. This week he found some miniature wasps and a hive too.  So this just goes to show you that not all bugs are gigantic in Panamá, it just feels that way when they're biting. 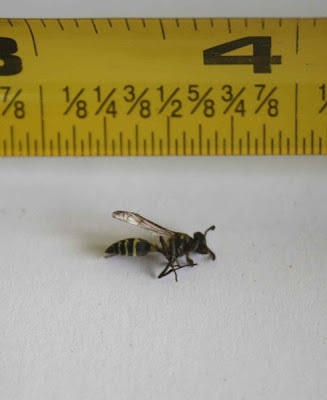 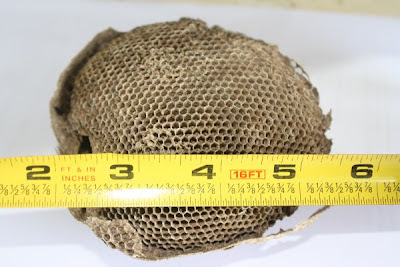 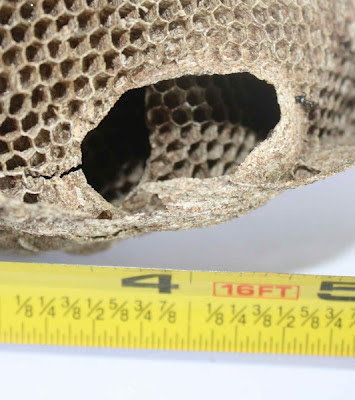 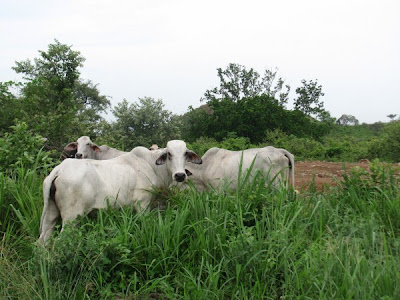 Found these cows loose on our walk
They were more curious about us! 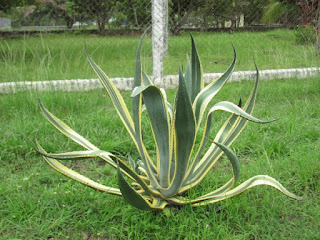 Thought this was funky looking
NOTE:  Not on our property
A hole in the road, we just couldn't see but at least we didn't run into a tree.  We made it home safe although slow as a snail, to bring you adventures.....along the gringo trail.
at May 26, 2012