Everyone knows at least one crazy person who quit their job to go backpacking through Europe, joined the Peace Corps or took up volunteering in Latin America. For many of us those wild days of trekking around the globe are done during our youth. Perhaps while trying to find ourselves and still attached to a parent who's shelling out the dough? But for those of us that discovered travel later in life it's never too late to set out for new adventures. 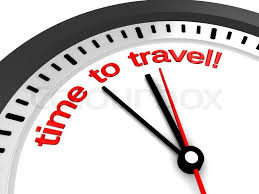 Retiring to Panama nearly four years ago was the first part of that adventure.  We learned a new language, adapted to a new culture and learned many great lessons.  Maybe the most important of those lessons is that life outside the good ole' US of A can be as good if not better than the life we left behind.

On a recent trip to Europe, a first for both of us, Clyde and I both had an awakening of sorts.  We woke up to the realization that there's a whole big, whopping world out there just waiting to be explored and wondered what we were waiting for?  Returning to Panama we found ourselves restless and ready for more rendezvous.  But like so many we bought into the whole American dream that says we must own a home filled with tons of terrific trinkets.  The house however helps to tie us down making it less easy to pick up and leave for whenever and wherever we want to go. So after serious contemplation we decided to put the house up for sale and become renters.  This way we'd be ready to drop everything, lock the door and go when opportunity calls. 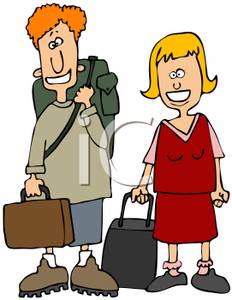 As word of this worked it's way out to our friends both near and far the queries began to come. "What was our plan?"  "Where would we go?" "Would we be staying in Panama?" And our answer to this inquiry of investigation was as simple as, "we don't know," as we have no definite plans yet.

I always thought that people who traveled a lot had tons of money.  After all surely they were flying first class staying at 5-star hotels and eating at high dollar restaurants. But then I started hearing about other ways to travel and began doing research. There are websites that offer house swaps and house sitting worldwide.  Or perhaps borrowing a couch or guest room is more to your liking?  How about working on someone's farm in exchange for free meals and lodging? There are thousands of free, yes free opportunities out there for the taking.  That way the traveler in this case being us would merely have to pay transportation costs to the destination.  Assignments can be short term or long and literally cover the whole world.

During a recent road trip Clyde was driving down the mountain, slightly on edge each time the car turned a corner.  There was that feeling of not knowing what was coming around the bend that would face us head on. A reckless car that didn't notice us?  A herd of cattle standing in the road or a pack of street dogs? Suddenly he realized something......it was just that feeling of uncertainty that he enjoyed. That feeling of not knowing what was coming next that gave him a slight adrenaline rush and made him want more.  It's that feeling that we search for while we travel and explore.  The new, the unknown and the wonderment of what's around the next bend.

Once we have a signed contract on the house we'll still have a month or two before everything is finalized, giving us a bit of time to find a place to go.  Probably at first we'll load the remains of our worldly possessions into our car and explore more of Panama. Then we'll search for house sits or maybe just go somewhere and rent a small apartment for a while.  We'd love to explore more of Central and South America, Europe, Australia and anywhere else we get the urge to go.  For the longer destinations such as Europe the big expense is the flight from here to there.  But once we're over there we can take trains and other forms of public transport to get around.

Countries throughout the world all have stipulations as to how long a foreigner can stay without needing to apply for a visa. A visa is a permit granted by a country which gives a foreigner permission to reside there longer. Many countries allow US citizens to stay for up to three months before requiring a visa.  Panama for instance allows visitors to enter the country on a tourist visa which is good for six months.  Since we live here long term we hold a residency visa which allows us to remain indefinitely. 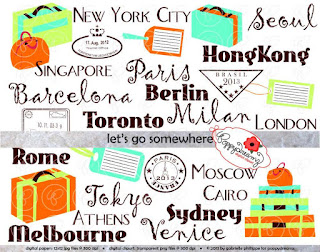 Everyone always asks about our kids, where they are and how we get along without being involved in their daily lives.  I have a daughter and a grandson who's eight years old now. They live in San Antonio, Texas and they know I'm alive by following us on Facebook. Clyde has a daughter and a son-in-law who live near Austin, Texas and two sons that live in Corpus Christi, Texas. And they too follow him on Facebook via posts, chat and occasional phone calls to keep in touch.  All of our kids are mature 30 something's with their own lives, jobs and interests.  Both my Mom and Grandmother travelled around the US during their retired years.  It became a family joke with Grandma since we had to make arrangements to visit her only to hear, "I'll be in Hawaii that week so don't come visit."

So who knows how we'll finish that sentence when our kids decide to visit us, if they ever do. Perhaps we'll be snorkeling on the Great Barrier Reef, sipping wine in Tuscany, or taking a safari in Africa? The universe is ours to explore if we only believe that it's possible.  How exciting to see where we'll go next, who we'll meet along the way and where we'll end up next......along the gringo trail.