Tequila And Tacos.....House Sitting In Mexico

It was just last month when we began talking about putting our house up for sale in order to be free to travel.  We registered with a few house sitting websites that match up potential sitters with those that need them.  The idea of house and pet sitting was to allow us a free place to stay in exchange for taking care of a house and pet while the owner was away. While our house in on the market we decided it would be best to stay close by and only go for two to four weeks at a time.  By close by I mean Latin America in general, within a few hours or more by plane.

As we put the good vibes out there to the universe asking for house sits, soon we got what we asked for.   I responded to several ads and before long we had our first inquiry.  A couple from the Caribbean island of Dominica contacted us suggesting that we'd be a good fit to watch their hostel on this tropical island.  The business would be closed for the two months we'd be there but when I looked up pricing for flights prices were high.  Since it's an out of the way place with no direct flights cost was high and flight duration was long with several layovers.  Unfortunately we had to decline that house sit, hoping another would come along soon.

Soon after that I sent a quick email inquiring about a house sit in Mexico and the owner responded immediately. Another gringo who retired 8 years ago to Ajijic, Jalisco, Mexico was looking for a house sitter to watch her cat and house for two weeks in July.  We talked on the phone and she said she had a gut feeling that we were the right ones and soon we were booking flights and on our way.

We left Panama on July 13th early in the morning by bus.  Another first for us as we'd never ventured out on the bus to Albrook Bus Terminal and then another bus to the airport.  Within three hours we'd made our way into the city, changed buses and arrived early at the airport.  And all of this was for a cost of only $6.50 for the two of us.

Our flight out was at 2:40pm on Aero Mexico, which began with a three and a half hour trek to Mexico City. From there we barely had enough time to make our next flight at 8pm after going through customs. We arrived in Guadalajara airport at 9:25pm and quickly found a taxi to take us the 30 minute drive to Ajijic (Ah-hee-heek}.

The village of Ajijic in the state of Jalisco, Mexico is a vast mix of cultures.  With thousands of gringo's living here there's a strong presence of white people amidst the culture of Mexicans. It's sort of like a Florida retirement community with a Mexican flair.  But despite the many expats there is little English spoken by the locals who live a simple, laid back lifestyle.

Nearby Ajijic is the city of Chapala, located on the large lake with the same name.  Lake Chapala is one of the largest lakes in Mexico surrounded by mountains covered in lush greenery. This area boasts to have "the perfect weather" and so far it seems to be living up to it's name.  Nights cool off to a chilly 60 degrees but daytime temps are well into the high 70's reaching 80 on most days.  And although this IS rainy season here, the majority of the rain comes in the evening making it even more perfect. 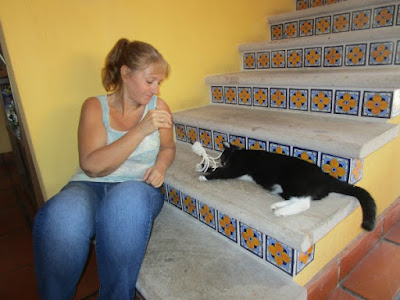 The house we're watching is a lovely two bedroom, two bathroom home full of Mexican charm.  The resident female cat named Everest is quite independent and comes an goes as she pleases. We could not have asked for an easier pet to sit with as she's been no trouble at all. She just needs some loving, food, water and potty breaks and she's a great house pet. 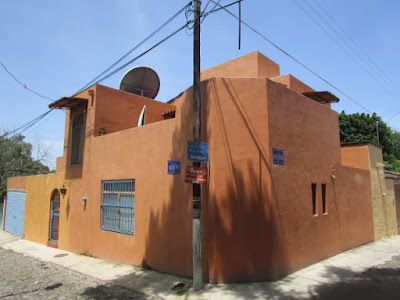 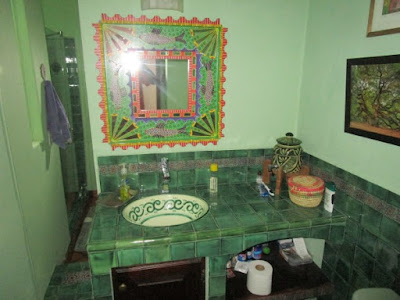 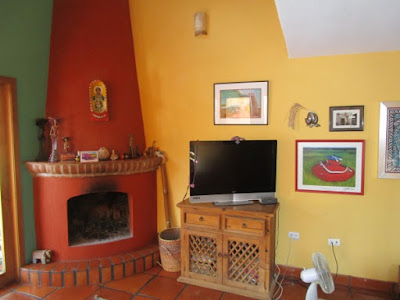 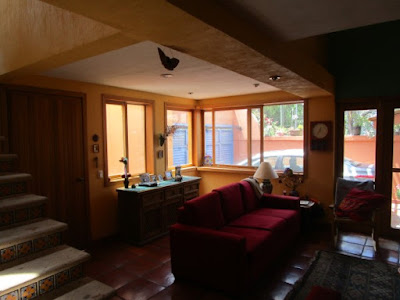 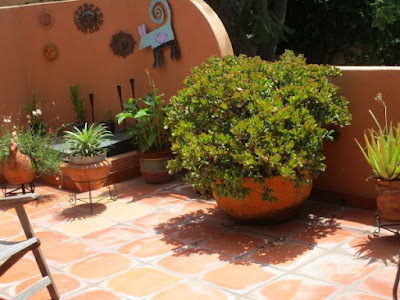 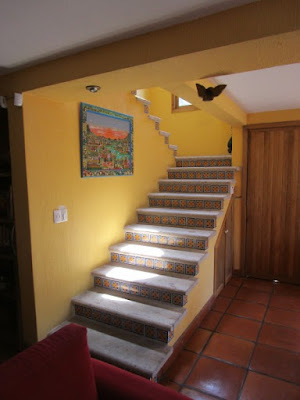 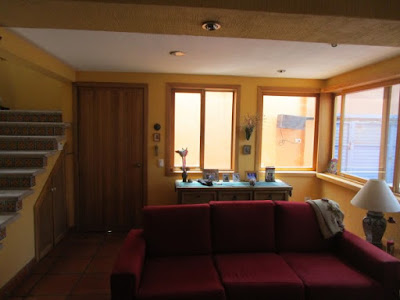 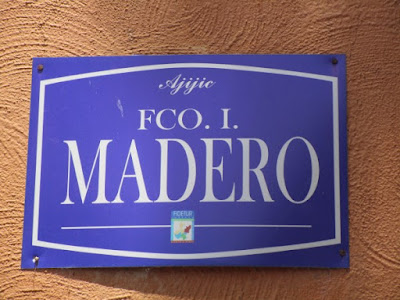 Ajijic is a quintessentially Mexican village with tiny cobblestoned streets, locals riding horseback for transport, cheap good food, and beautiful surroundings all around.  The cobblestones are EVERYWHERE on both the streets and sidewalks and can be rather rough for walking.  Today we hopped on a local bus for a 20 minute ride to the city of Chapala.  The cost was a whopping 60 cents each although we did have to convert from pesos to dollars. 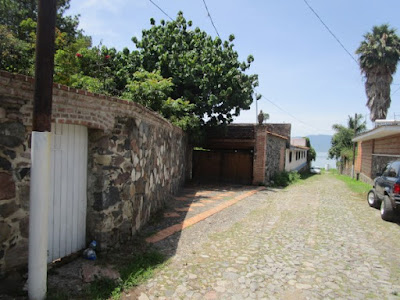 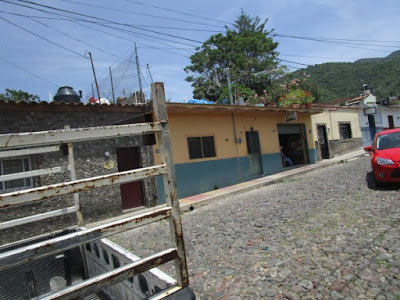 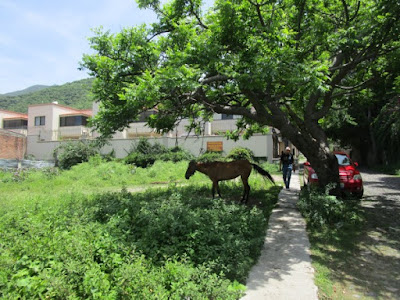 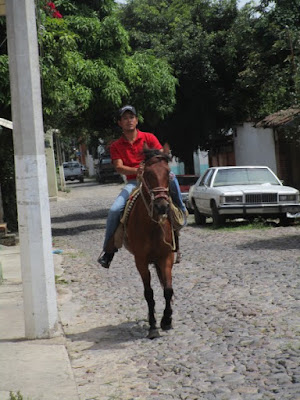 Last night for dinner we had 2 pork tacos each filled with tons of veggies and two cokes for a total of $4.60.  Today our lunch was beef, beans, rice, an enchilada, tortillas and drinks for only $5.60. Food is yummy here and very cheap.  But everything is cheap, groceries too although the label shock is confusing since it's posted in pesos.  The exchange rate is $1 us dollar equals $15.72 pesos so it's a bit confusing to convert the monies.

We're only on our full second day so far and we have plenty more sightseeing days to go.  And if there happen to be typos in this blog I'll just blame it on the tequila I've been drinking.  After all when in Mexico margaritas are a must especially since a bottle of tequila sells for under $10.  With too much tequila, corona beer, tacos and more we'll need to take a few siestas as we explore the lovely country vistas in Mexico.......along the gringo trail.
at July 16, 2015