A Cultural Dance Suprise While Visiting One Of The Juans.....In Ambato, Ecuador

Ambato, Ecuador has several nicknames one of which is, "the cradle of the three Juans." Look around just about any corner and there's a statue or park named after one of the famous trio.  There is Juan Montalvo, a famous essayist of the 19th century, Juan Leon Mera who wrote the national anthem for Ecuador, and Juan Benigno Vela, a key figure in Ecuador's independence. In an earlier blog I wrote about our visit to the quinta or country houses of Mera and Vela.  They sat in the middle of a spacious botanical garden, the perfect place to stop and smell the flowers. Several times we tried to visit the quinta of Juan Montalvo but it always seemed to be closed. So the third time was a charm as we once again took a taxi ride over to the summer home of the famous author. 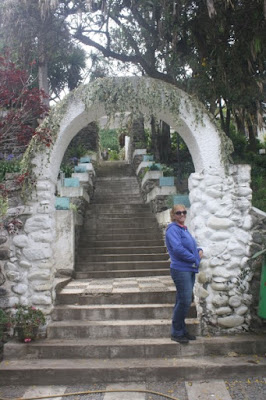 Entrance To The Grounds 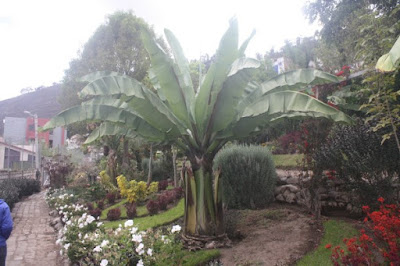 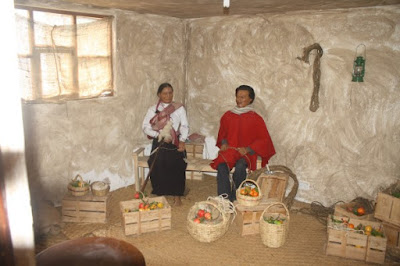 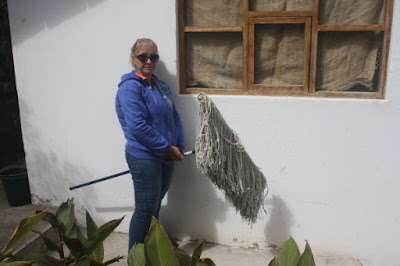 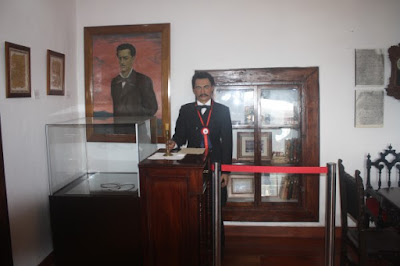 These Wax Figures Look So Real
This Is Juan Montalvo 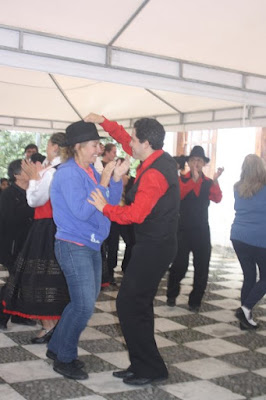 One Of The Dancers Put His Hat On Me 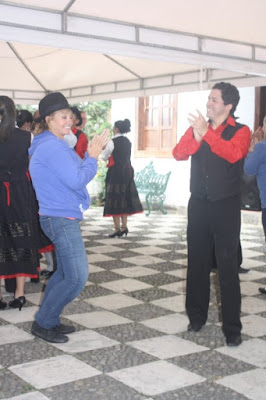 Dancing With The Crowds
﻿

Upon entering we paid our $1 each and the woman told us in Spanish that there was a special event going on that day. She said it was a dance performance that would start in one hour.  So we toured the grounds and the house, took some photos and found a front row seat to enjoy the performance.


CHECK OUT THE VIDEO OF THE DANCERS BELOW!﻿

The performance was being put on by Andanzas Escuela de Danzas (Andanza Dance School) located in Guayaquil, Ecuador. It was a form of traditional Ecuadorian dance beautifully performed by its dance students. The whole thing lasted about 90-minutes and I was even pulled up onto the dance floor at the end, along with many other spectators.  Since Clyde was standing nearby making a video of the performance he was spared the embarrassment.  It was a fun way to spend an afternoon in the mountain air enjoying a free performance of traditional dance.

It is these special times that come along when we realize we're not here as tourists but as travelers immersed in a Spanish speaking culture.  And none of this would be possible had we not taken that first step and moved to Panama, learned to speak Spanish and jumped into a culture so unlike our own......along the gringo trail.
at October 27, 2015