Locally known as "dia de accion de gracias," Thanksgiving Day is NOT a holiday celebrated among Panamanians.  But it IS however a gringo holiday that's celebrated by Canadians and Americans alike, although in different months. Our Canadian friends start out the holiday festivities with their Canadian Thanksgiving Day celebrated on the second Monday in October. From what they tell us the foods are rather similar to the American fare with turkey and all of the fixins' along with a selection of desserts. Six weeks later those of us that relocated from the United States celebrate our day of thanks. 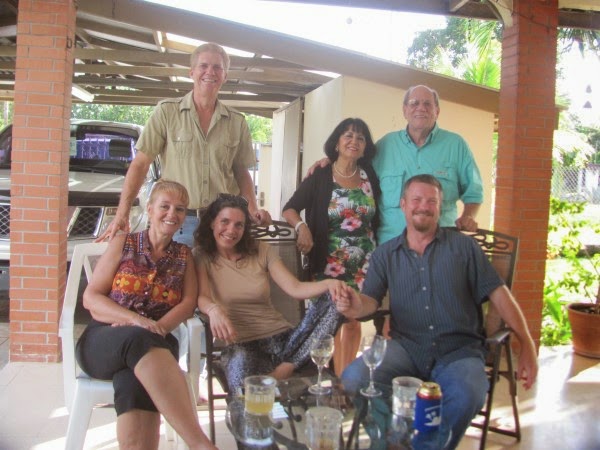 In The Back.....Clyde, Clara and Daniel
Seated is Terry, Claire and Phil 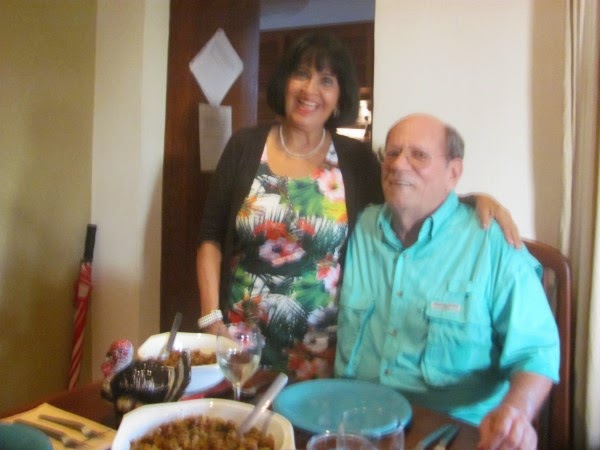 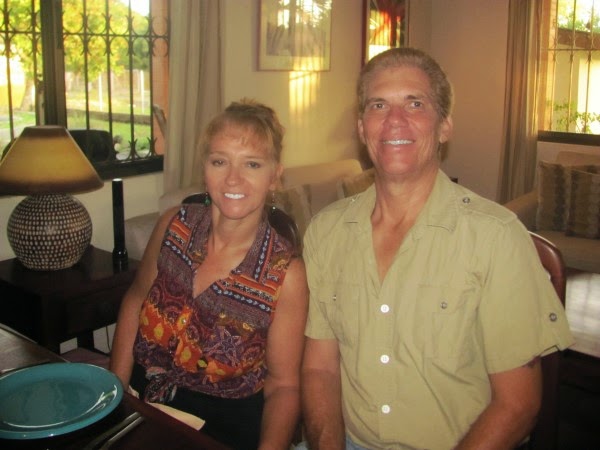 This year we added an international flair to our turkey day at our friend Daniel's house.  Our group of friends included our host Daniel who hales from New Mexico in the US along with Clyde and I from Texas. Daniel wanted to introduce his Colombian lady friend Clara to a traditional American Thanksgiving Day. Our Canadian friend Phil joined us along with his British girlfriend Claire. Since Clara speaks mostly Spanish with some understanding of English the dinner conversation went back and forth in both languages.

Everyone brought some type of food hoping to lessen the work load of Daniel in the long run.  I baked an apple pie and a pumpkin pie from scratch (crust and all) which turned out good.  Other foods included turkey of course along with stuffing.  One version of stuffing even had some green chili's added since Daniel likes his food spicy. Mashed potatoes, squash, sweet potatoes, salad, bread and more completed our dining experience for an enjoyable evening. 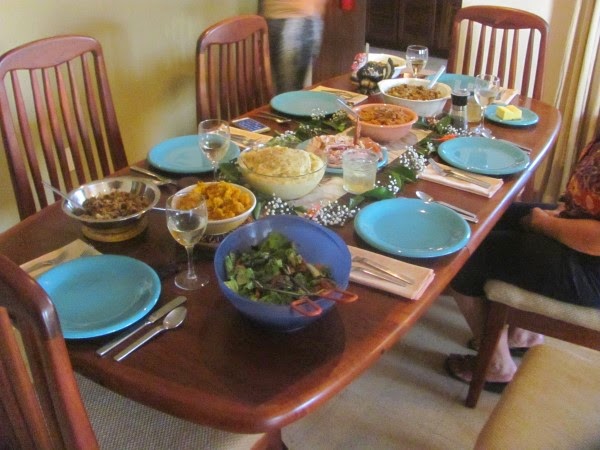 Getting Ready To Eat
With temperatures soaring into the 90's, we spent much of our time outdoors in the cooler air before heading inside for dinner. Although the temps were a bit rough to take we gloat in the fact that our friends back in the US are freezing their butts off. And here we are retired, enjoying the hot and humid temperatures of the tropics of Panama......along the gringo trail.
at November 28, 2014