I knew that title would get everyone's attention and make you at least open up the blog to take a peek. And yes it's true, that we were lounging around on the beach in Benidorm, Spain along the gorgeous Costa Blanca when some young, hunk walked by offering up, Sex On The Beach, the cocktail that is. He was also peddling mojito's, and sangria while other vendors offered slices of watermelon, juices and soft drinks. There were also young ladies offering massages for the low price of just 10 euros for about a 20-minute massage. So while Clyde was getting an oily rub down from a young, Spanish lass I was paying a dark, young man 5 euros for some sex on the beach. But like I said before in this blog, 'what happens in Benidorm stays in Benidorm,' unless it's posted on Facebook and our blogs. 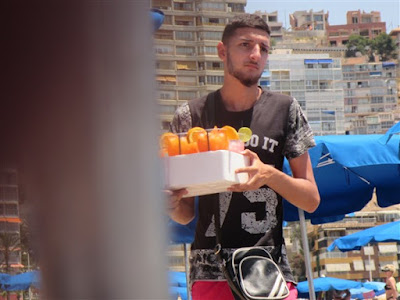 One Of Several Vendors Selling Adult Beverages On The Beach 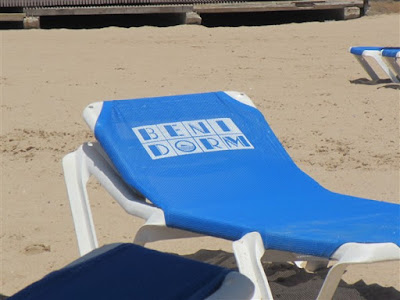 Sunbeds (as the Brits call them) And Umbrellas For Rent 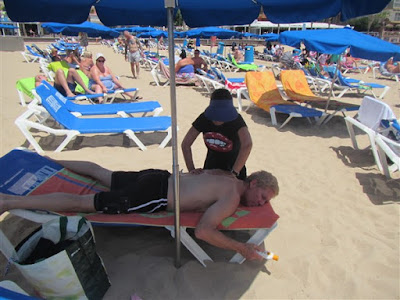 Massage On The Beach


Along with some fun in the sun our journey to Benidorm included a night out at The Benidorm Palace. There we enjoyed the "Cena Espectaculo," a spectacular dinner and show that entertained us for FOUR hours. There was everything from Spanish dancers, singers, bands, magicians, jugglers and even a clown. The five course meal included a bottle of wine, bottle of cava, a sparkling Spanish wine and water. For 40 years The Benidorm Palace has been entertaining hoards of tourists that spend their holidays in the wild and crazy beach town. 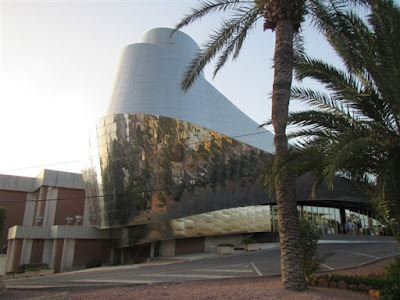 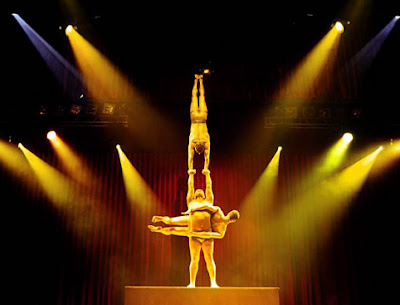 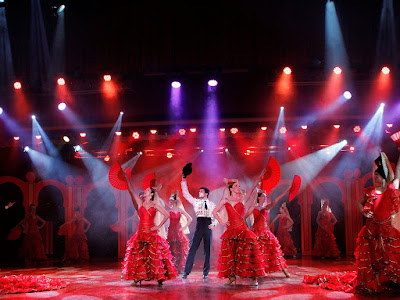 Benidorm is known for its all inclusive resort hotels that cater mostly to British families who come to enjoy the sunshine and warm temperatures at budget prices, just a few hours from the UK. Many seem to speak little to no Spanish so quite a few locals that work in the tourist industry do speak some English. We see the look of relief on their faces when we speak to them in Spanish. 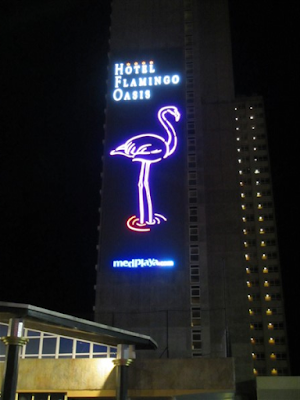 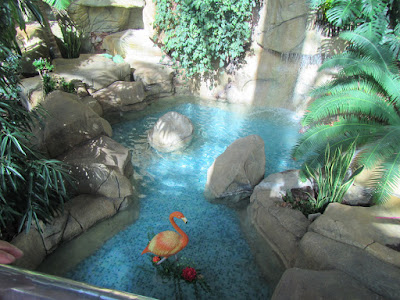 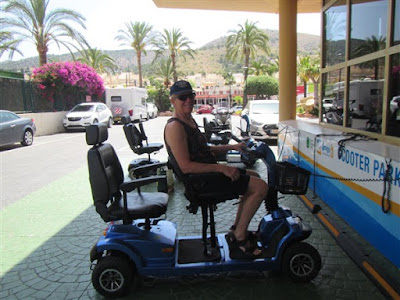 When In Benidorm Everyone Rents These To Use As To NOT Have To Walk On Holiday
We Did NOT Rent This, Just Stopped To Take A Photo On One Being Charged

Often we have to remind ourselves that we ARE in Spain and NOT the UK anymore, despite the huge numbers of Brits all around us. Most ALL of our house sits have been for homeowners who relocated from the UK, so we have made many wonderful British and Scottish friends along the way. 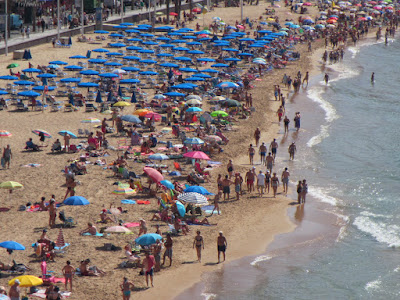 
From the resorts full of families and retiree's to the drunken college aged partygoers Benidorm has something for everyone. There are HUGE groups of young man staggering shirtless and slightly inebriated along the beachfront having stag parties or guy vacations. Some are donned in funny outfits, wearing fake rubber tits or penis' while groups of young ladies hosting "hen" or bachelorette parties have their own funny getups. Groups of men in pubs could be heard singing at the top of their drunken lungs enjoying a day out with the guys. 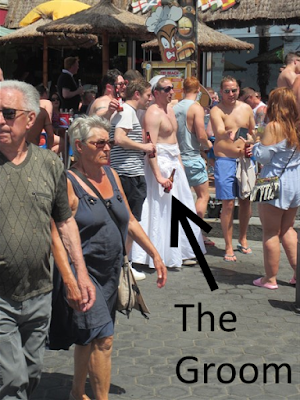 The Groom Perhaps? One Group Of Guys Partying 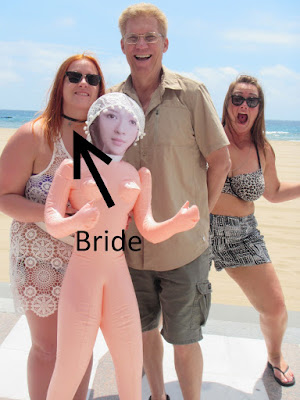 While I was catching a nap on the beach surely Clyde was checking out the topless ladies bathing nearby. Although most women we saw did NOT bare their breasts most all DID wear their bikini's proudly, regardless of how large, thin, or old they were. So when in Spain I did what I had to do in order to fit in, and popped off my top to avoid those upper tan lines. 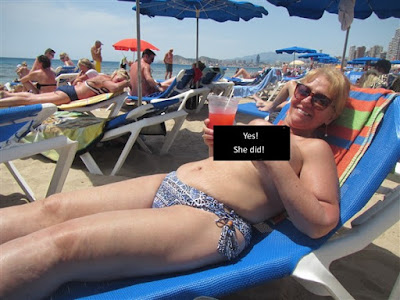 No I Am NOT New To Naked Sunbathing, But My First Time In Spain

Because after all if I said it once I'll say it again, what happens in Benidorm stays there unless it's posted here to share with all......along the gringo trail.
at May 26, 2017