The city of Torrevieja on Spain's Costa Blanca is dripping with Spanish charm. While its name simply means, "old tower," and there is one on the waterfront, it's known today for it's salt production. Torrevieja is surrounded by two natural salt lakes on either side that are home to many species of birds. Aside from its salt production the town is kept alive through tourism, fishing and a large British expat community. 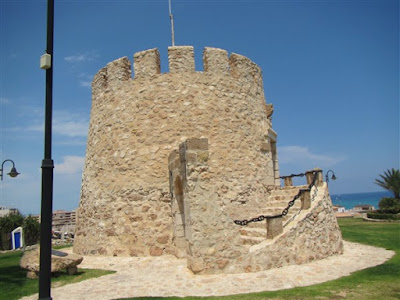 As we strolled along the lively, cobblestoned streets and plazas we thought what a nice place this would be to live. A bright yellow plaza features The Church Of The Immaculate Conception with the waterfront and plenty of restaurants nearby. For lunch we stopped at a roadside café and ordered a "house burger" to share. Ground beef is a bit different here in Spain with its gray color not too appetizing. Thankful that we only ordered one to share I opted to take off the meat and eat the rest. Hamburgers in Spain commonly are served topped with a fried egg as are MANY other dishes too. 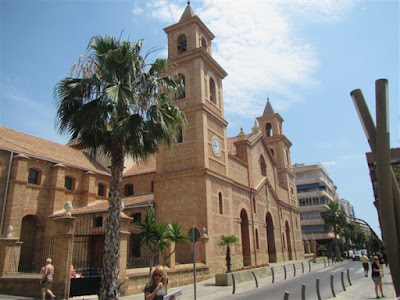 Church Of The Immaculate Conception 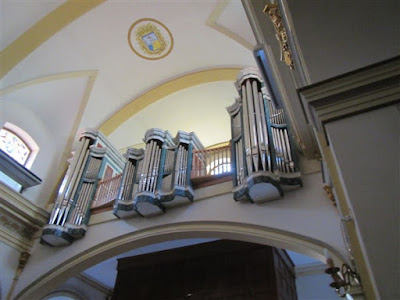 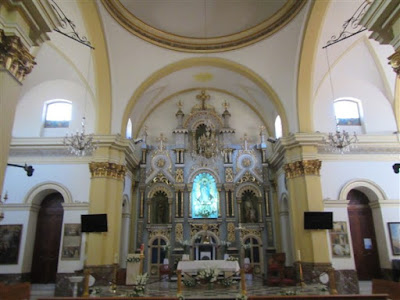 How to Get A House Sit for Free Accomodations 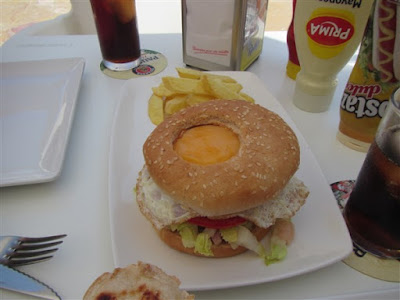 Hamburger Of The House
Bottom Layer Is Shredded Ham, Lettuce, Tomato, A Burger, Fried Egg On Top
Served With Two Tapas, Fries And Drinks For 8,50 euros 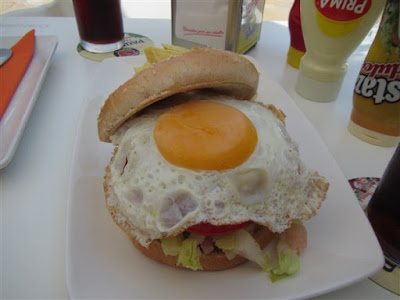 While the town is modern with heavy duty street lights hanging over the roadways it maintains it's Spanish charm through the architecture. Along the seaside we found a mosaic tiled bench that snaked it's way along offering up seats for tired tourists and locals alike. The beaches here seemed to have darker colored sand and not as white as other Costa Blanca beaches yet still pretty. 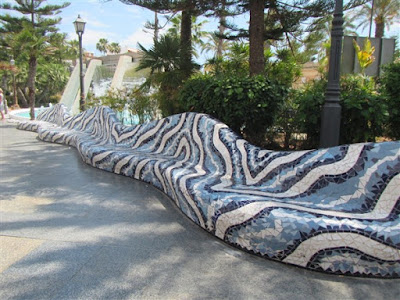 Looks Like Something Inspired By Antoni Gaudi? A Long Bench 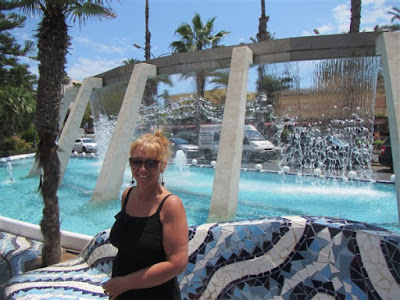 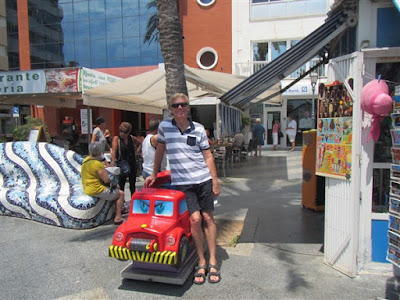 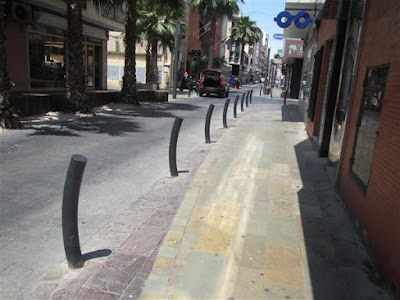 Strange Designs Around The City....Crooked Posts 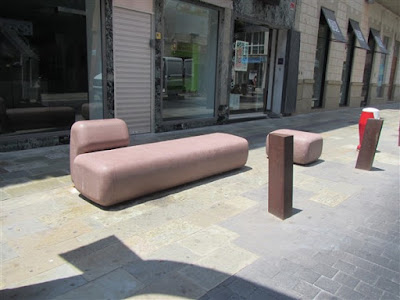 Cement Furniture....Bet These Don't Get Stolen


A quick stop in the old part of the city offered rocky beaches that seemed like something only the locals would visit. Perhaps it was the sign leading to a beachfront walkway that said, "solomente por residentes," that gave it away? 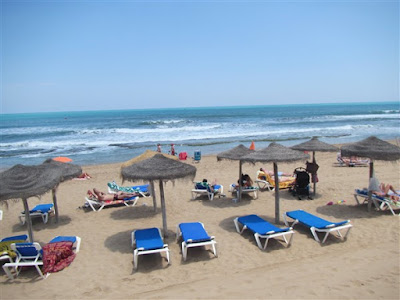 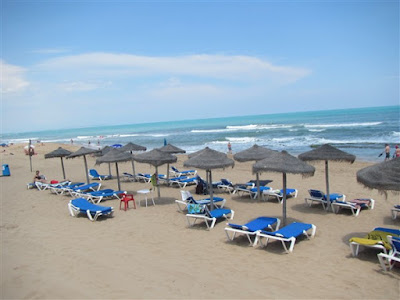 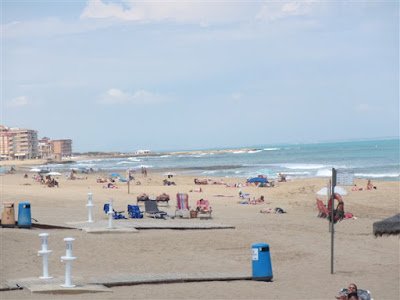 Another stop along the Mediterranean coastline as we enjoy the sights, sounds, foods, wine, beer and people of Spain......along the gringo trail.
at June 01, 2017