The Cities Of Murcia And Cartagena, Spain.....

Today we headed inland to the city of Murcia (pronounced mur-thee-ah here) first to see what we could find. Yes, the local dialect can be a bit different here although we find that when we speak proper Spanish to the locals they seem to respond with the same. And Jasmine our Spanish teacher back in Panama would be proud that we are finding it rather easy to communicate to everyone here using proper Spanish. 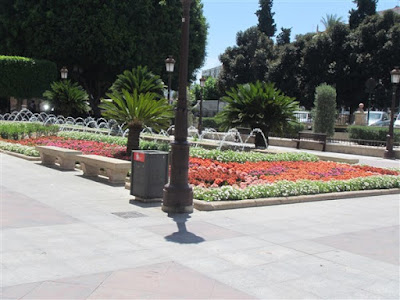 The city of Murcia was rather hectic like most major cities but we managed to find a place to park and walk around. Murcia is known as the, "huerta" or "orchard" of Europe because it has the perfect climate for growing so many fruits and vegetables for export. Plaza Cardinal Belluga is the architectural showplace of the city featuring a cathedral and palace.  The ornate cathedral is a mix of styles from Baroque to Gothic and more. Once inside we were wowed by the large altar and chapels all covered in gold along with several large organs. But when it came time to leave we found the doors had been locked and began to worry. Just then I saw a few policeman walk by and kindly asked them where the exit was. Eventually we made our way to the only opened door only to discover that the cathedral, like everything else in Spain, was closing for its mid-day siesta. 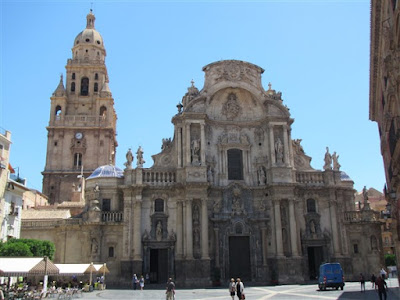 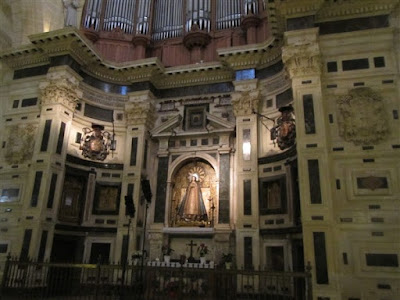 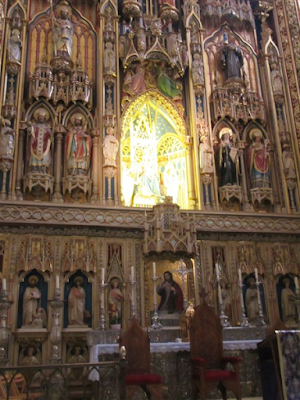 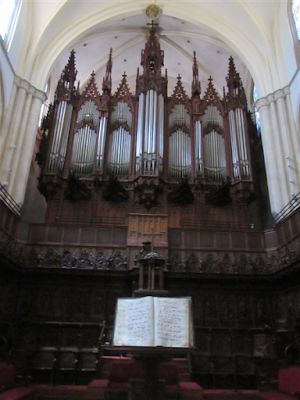 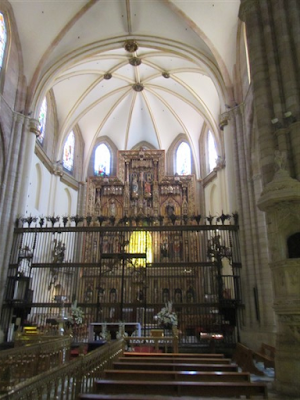 The Episcopal Palace nearby the cathedral is now filled with various offices yet still open to the public for viewing. The grand staircase is quite impressive along with the court yard and architectural details of the building. 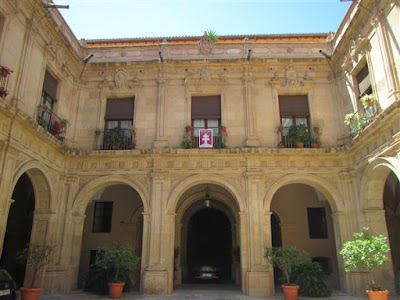 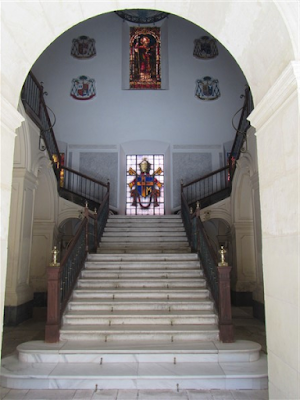 Next we headed over to the port city of Cartagena known for it's major naval station and Roman neighborhood. Dripping in ancient history we visited the Roman baths, an ancient bull ring and theater and castle. A panoramic elevator took us up to Castillo de la Concepcion where we had incredible views of the city and harbor. A beautiful city full of ruins, lovely architecture, lively plazas to sit and people watch and quint little shops to pick up some tapas, coffee or wine. Wherever we go we typically stop for an afternoon cup of coffee or tea. Here in Spain the coffee is delicious, strong and sometimes topped with whipped cream and/or shot of alcohol too. 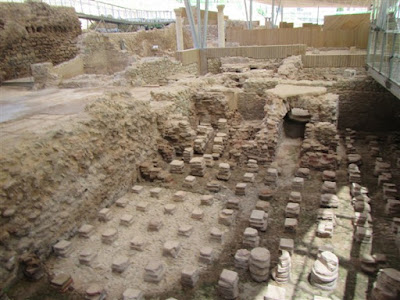 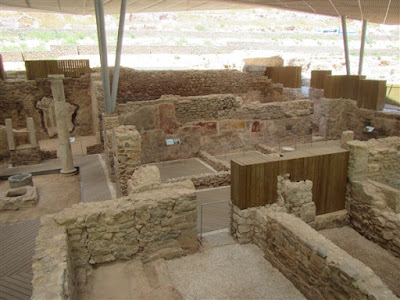 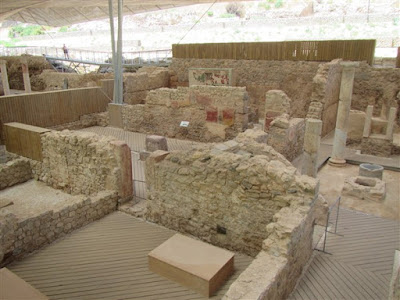 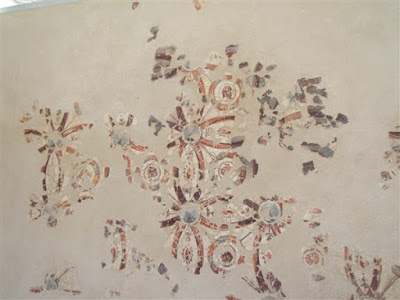 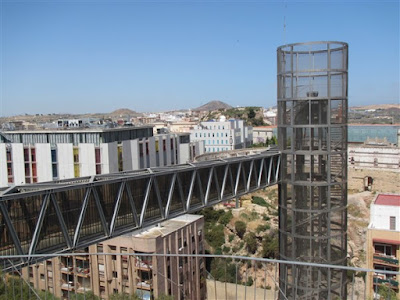 Elevator And Gangway To Castle 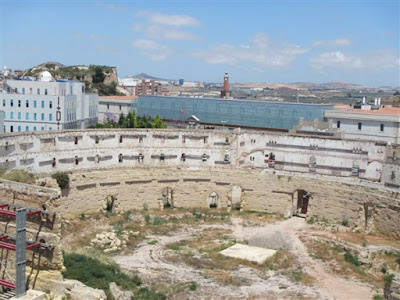 An Old Bullring and Theater 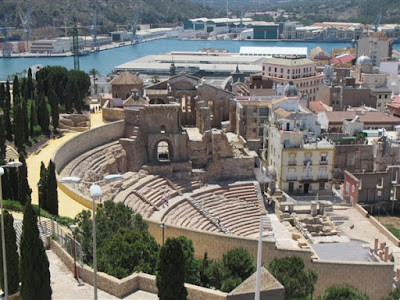 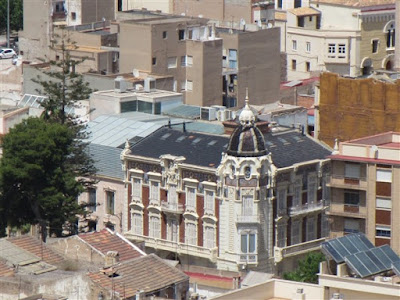 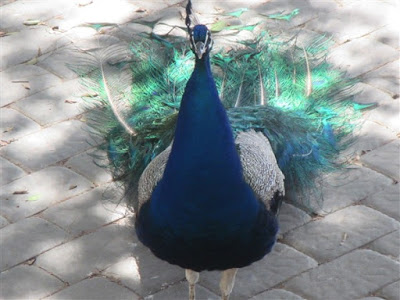 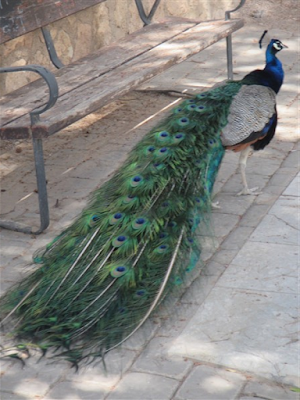 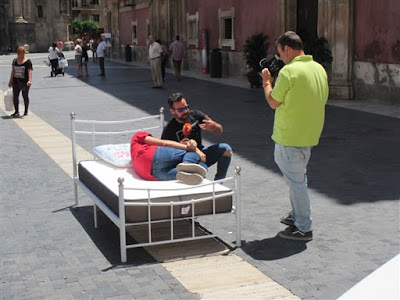 Perhaps We Caught A Mattress Commercial Being Filmed?

A delightful day of exploring two new cities in Spain.....along the gringo trail.
at May 23, 2017