Christmas Eve in Panama is full of parties with friends and family before an explosive night of fireworks that light up the night sky. Panamanians love fireworks and take every advantage to shoot them off outside of their homes since they're perfectly legal here and not too expensive. 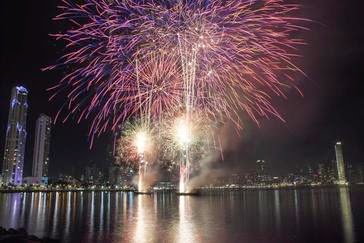 Since Clyde and I had no plans for Christmas Eve this year we decided to head out for dinner.  Surprisingly, the stores were still open but most of the restaurants, other than fast food, were closed.  But Clyde knew one place that was surely open in Nueva Gorgona.  Located at the Bahia Resort is a fairly new restaurant called Bluwater Bistro.  This upscale, open air restaurant is situated surf-side on beautiful Gorgona beach.  We enjoyed some fine dining while listening to the waves crash against the shore, as the balmy night breezes blew gently through my hair.  My food selection was mahi mahi fish taco's while Clyde enjoyed some linguini with sausage. Both dishes were yummy and reasonably priced considering the location and surroundings of the nicely developed resort.

From there we stopped to pick up some margarita mix to go with the tequila we had at the house along with some cheesecake for dessert.  The rest of the evening was spent watching the old classic, "It's A Wonderful Life," while getting tipsy and overindulging on sugar.  But after all, isn't that what the holidays are all about?

Christmas Day we headed up into the mountains to the town of Sorá to see friends Paul and Nancy. As owners of the Sunrise Sunset Guest House of Sorá, this was the perfect setting for Christmas brunch.  A group of about 15 provided delectable delights such as sausage and eggs, pancakes, waffles, egg casserole, breakfast cheesecake, cookies, fruit, flan and so much more. We washed it all down with Mimosa's (orange juice mixed with champagne) and chatted the day away while enjoying the mountain views all around us. 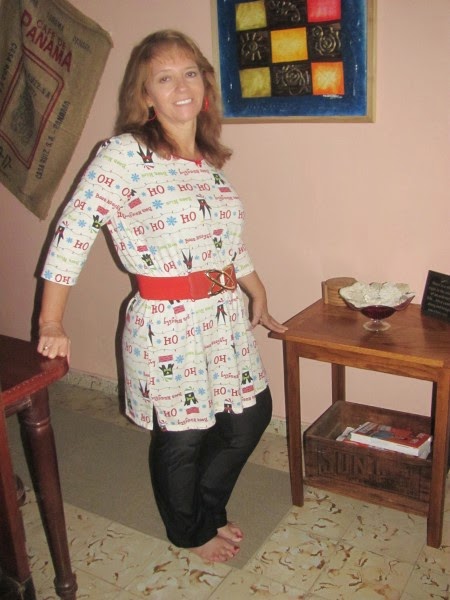 On our way home Clyde wanted to stop in the town of Bejuco for some "fuegos artificiales" or "fireworks." Since we've never bought any in the three years we've lived here, we really had no idea of what to expect. But we were surprised to find the small store neat, clean and the man and women behind the counter were very friendly. Clyde was on the lookout for "sky lanterns, " or "Chinese lanterns" as they're also called.  Last year on New Years Eve we attended a beach party with friends and for the first time in our lives we were enchanted by these gorgeous, light filled bags that floated into the sky. So this year Clyde wanted to have some of his own to release into the night sky along the beach as we welcome in the New Year. But the store clerk had no idea what we were asking for so we kept explaining until he figured it out.  I think he referred to the things as "globos," which means "balloons" in Spanish.  The funny part of this story is that he could not sell us the lanterns because they belonged to someone else's inventory.  He had to first call the other vendor and we had to wait until she arrived, still getting dressed with her sandal straps undone and dragging behind her.  Although the prices were on the lanterns and the women did absolutely nothing when she arrived, it was the protocol that she had to be present when her merchandise was being sold. 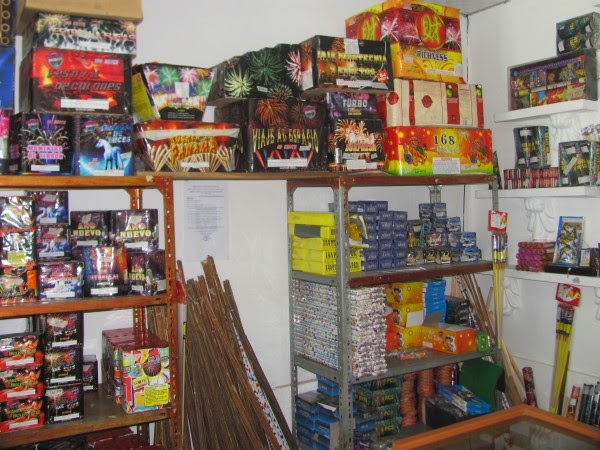 Fuegos Artificiales Or A Fireworks Store 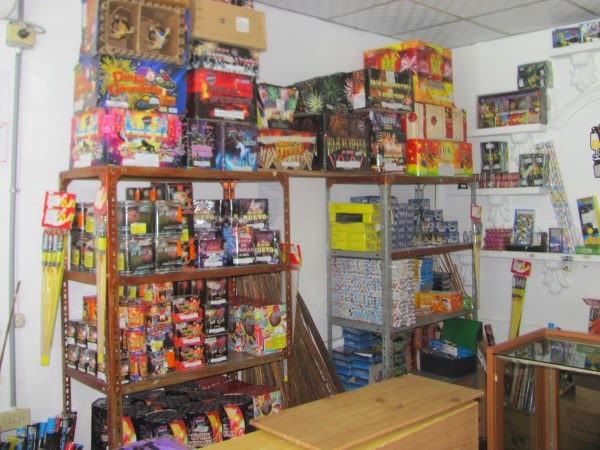 After paying our $15 for four sky lanterns we headed out and jumped into our car.  I suggested a drive along the highway to take photos of "muñecas" before they go up in smoke with the new year.  A local tradition is to make life size dolls, "muñecas" that look like undesirable people, things or represent something that must go away.  These dolls are constructed from old clothes, paper mache, coconuts or whatever else they can find and packed with fireworks.  At midnight on New Years Eve they're set on fire and all watch as the fireworks explode.  This is a symbolic way to get rid of the old to make way for the new good things that come with the new year.  As another year goes out with a bang we're thankful for our new lives, our good health, our wonderful relationship and to all that cross our paths......along the gringo trail.


muñecas on the roadside﻿ 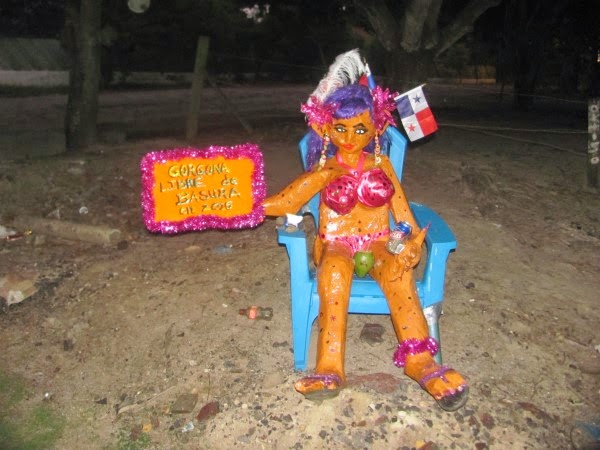 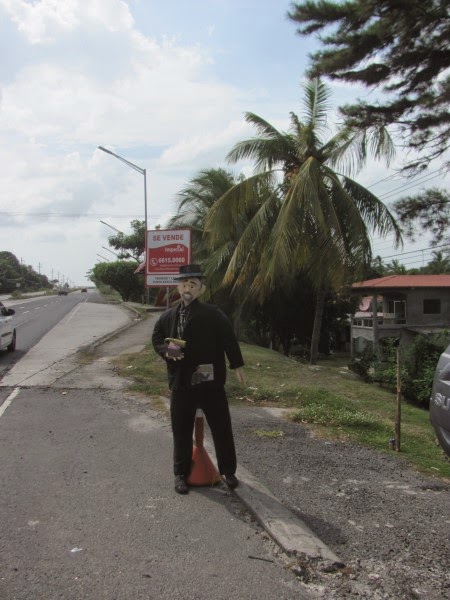 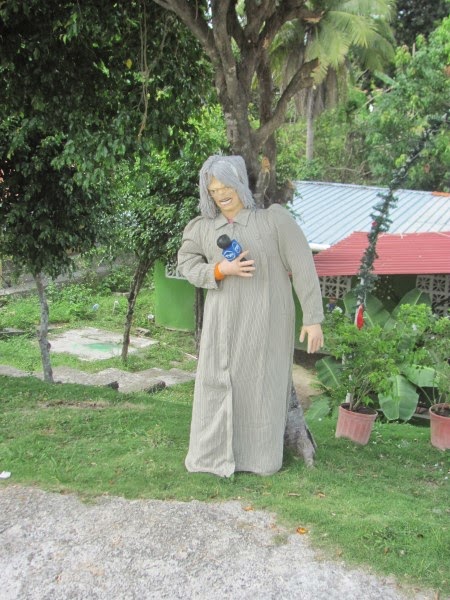 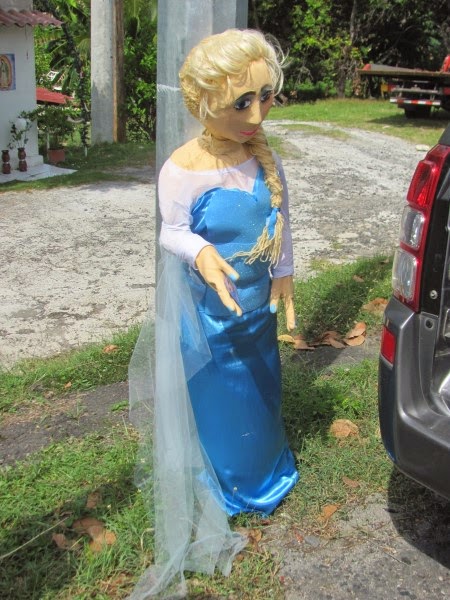 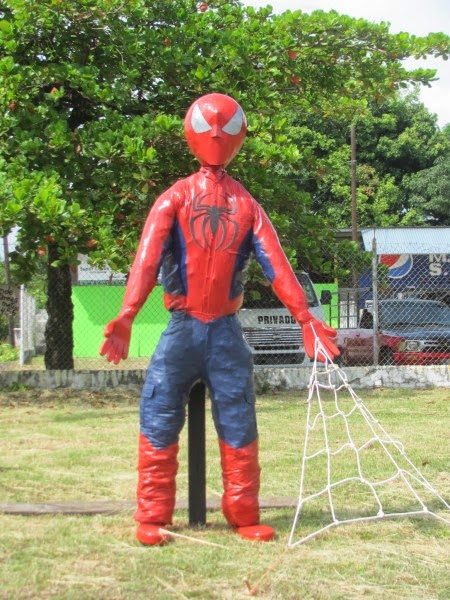 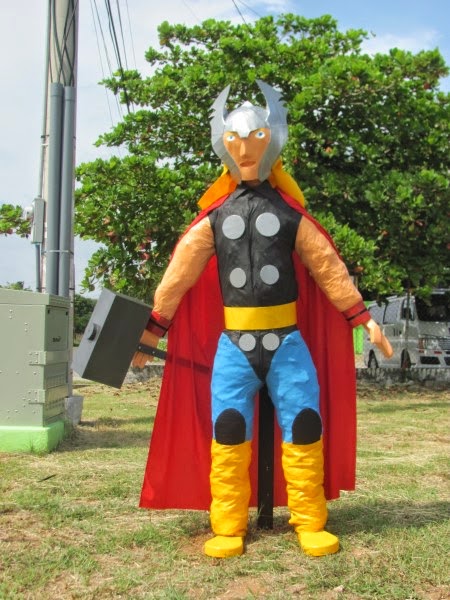 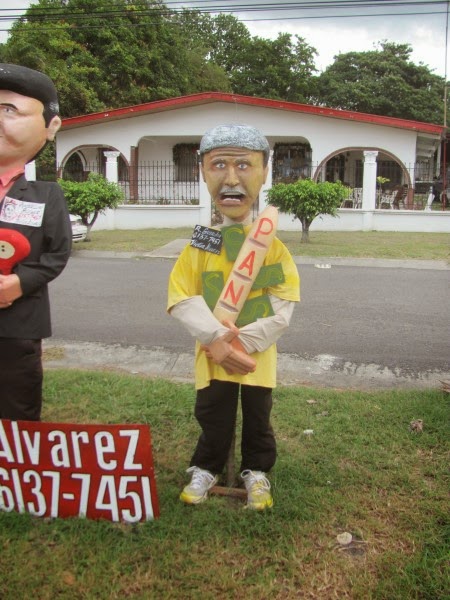 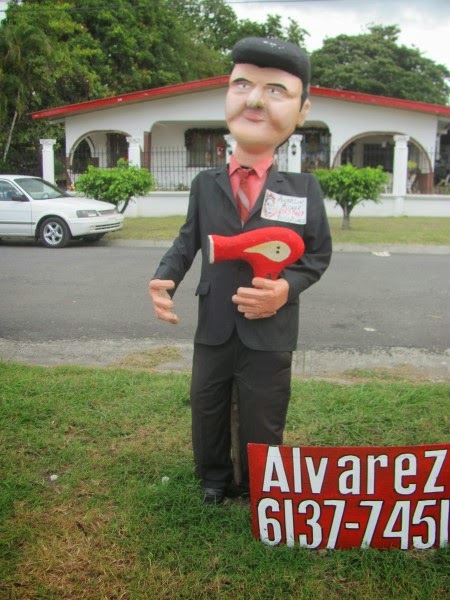