For the past few years we've been involved with CASA (Coronado Area Social Association) which is simply a social group made up of mostly foreigners.  CASA members meet monthly at President Louise's bohio (outdoor gazebo area) for a coffee social, wine and cheese event or anything else that comes to mind. But one of our most special events is raising money for 80 baskets of food that are donated to families with handicapped kids around the holidays. Since Clyde is the Vice President on the CASA board he volunteered to help out and go buy the food.  Since it sounded like fun to me.....that is being able to spend money and shop, I went along to help.  Louise gave us a list of what needed to go into each basket, and we set out to three different grocery stores last week to compare prices.

Local businesses also get involved as they buy some of the food to help the money go further.  Playacommunity.com purchased 80 canned hams, Ferreteria HIM (ferreteria is Spanish for hardware store) bought a bunch of food items, and Mailboxes Etc.  donated reusable bags to hold the food. The Coronado Equestrian Club donated space in their office to store the food which will also serve as a place to build the baskets with other CASA members.  And what a treat it was when our favorite band, "Poco Locos" came out of retirement and did a fundraiser performance that helped cover the costs of the food. 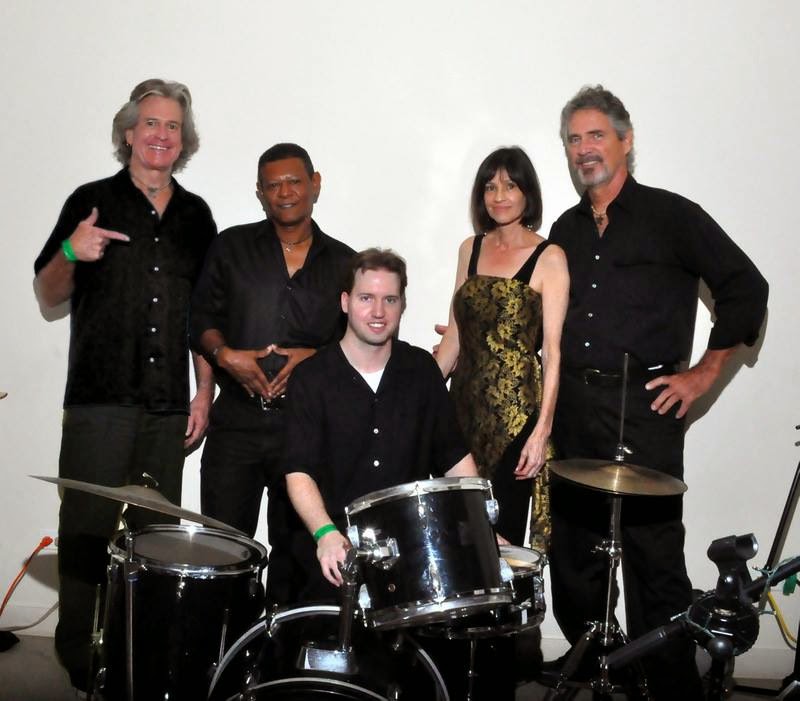 Poco Loco's Band
Clyde determined that a grocery store called, "Super 99" had the lowest prices so today he and I were off to pick up the goods.  Originally his idea was to collect one of each item on our list, bring it to the front of the store and ask, "if they had cases of each item in the stockroom."  But instead we just started counting out 80 of each of the 17 items and putting them into grocery carts. One cart went to two, then three, four etc....... until a nearby employee noticed and brought over some boxes. Having a background in retail management and Clyde having one in grocery management we thought the store would be upset that we were emptying their shelves.  We began explaining to the employee what we were doing and asked if they had cases of each item. Turns out they didn't have back-stock of most of the items and they didn't seem to mind us taking from the store shelves.  Before we knew it we had 6-10 stocking clerks helping pull the items and pack them into boxes along with us.  They put each box into carts and helped us get the carts up to the checkout.  We explained to the cashier why we were buying so much also as she diligently counted out 80 of each item. The same stockers helped repack the items into the same boxes before carrying them out to our car.  Although we didn't think we'd fit everything into our Toyota Rav4, surprisingly it all fit.  Clyde thought we'd have to put the toilet paper on top and tie them down but they too managed to slip inside. Our car was so packed with stuff that I had a place to park my butt but literally no leg room. 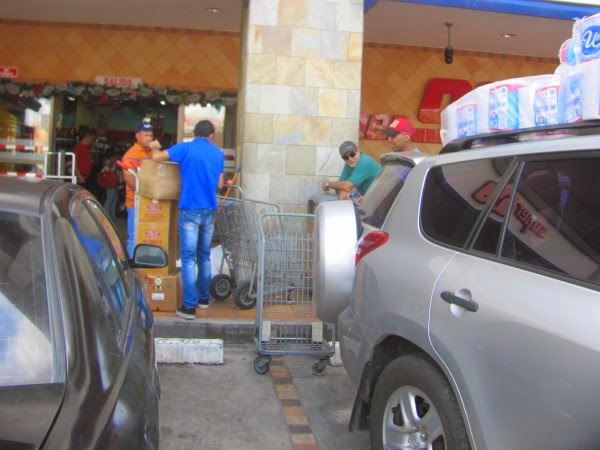 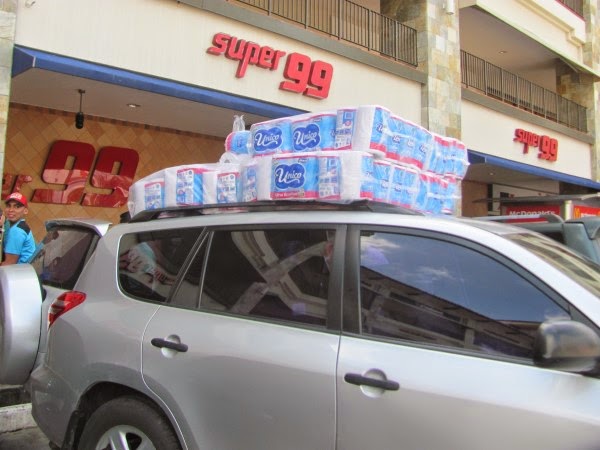 In The End The Toilet Paper Fit Inside of The Car 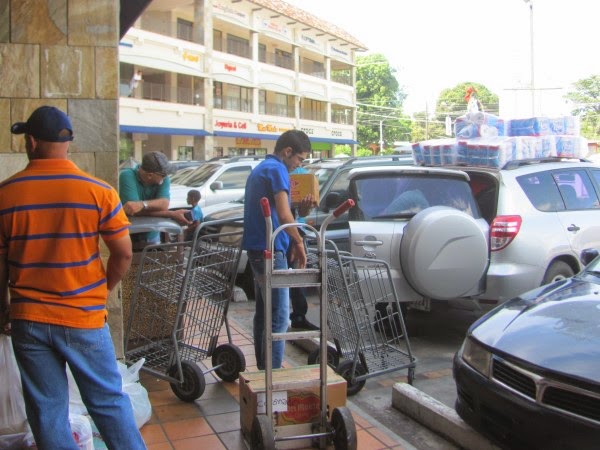 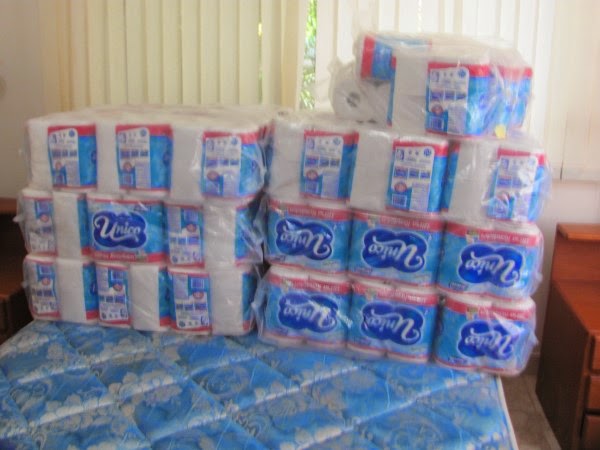 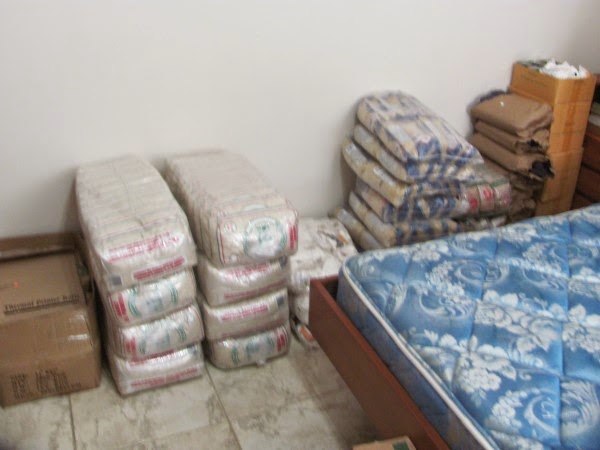 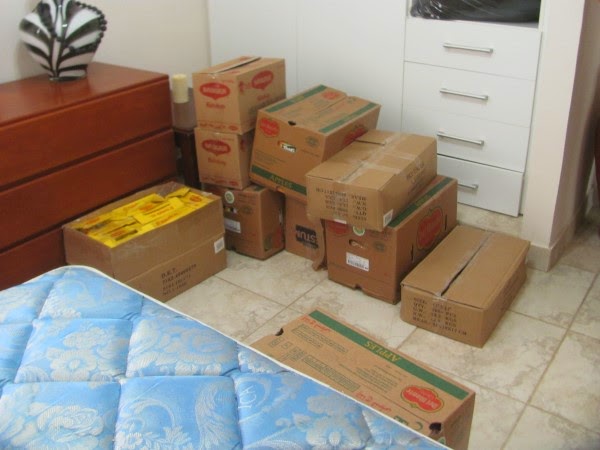 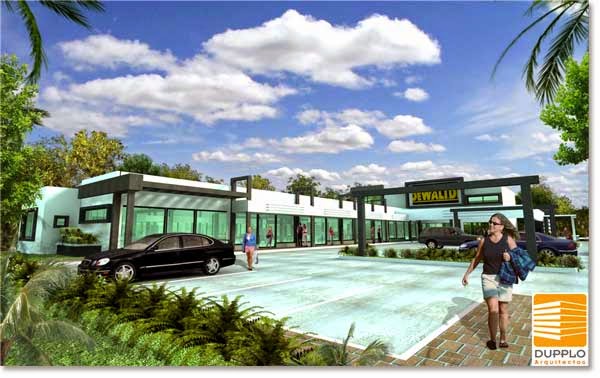 Ferreteria HIM In The Back Of This Mini Mall
﻿

The baskets will be distributed on January 6 which is also the Feast Of Three Kings here in Panama.  Each child will be made to feel like a king or queen as they're crowned with foam crowns made prior to the event by CASA members.  A local woman and church get involved to serve up lunch and ice cream as CASA volunteers hand out balloons.  Many of the gringo's like ourselves get involved with local orphanages, churches and other groups that serve to help the community.  It's nice to give a little something back to the community and help those less fortunate than ourselves.  The holidays are a time of giving, sharing and being grateful for our new lives in this beautiful country we now call home......along the gringo trail.