With only one road that goes through the whole country of Panama, finding the way to Santa Fe wasn't all that hard. As long as we didn't miss the turn off near the city of Santiago, the rest was rather easy especially since Clyde was doing all the driving.

You might say we took the high road and headed into the mountains last week bound for the home of Mitzy and Bill Martain.  It was last year that we met them at International Living's conference in Panama City when I was first asked to be a speaker.  Mitzy was also a featured expat speaker who told their story of how they ended up in Panama.  While living in North Carolina they lost their retirement and would be forced to live on social security alone.  Like so many of us they had to come up with an alternative plan which was to opt out of the US and find a cheaper way of life abroad.  After trying out a few other spots in Panama they bought land in Santa Fe and hired someone to build a house. Since both of them enjoy farming the seven acre parcel of land was just what they needed.  Today they raise chickens, grow produce and have a large selection of fruit trees too. 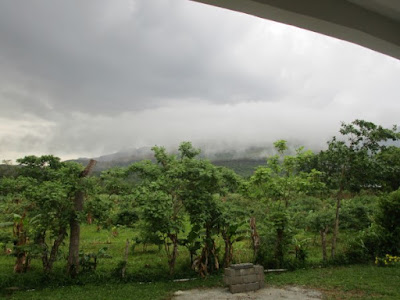 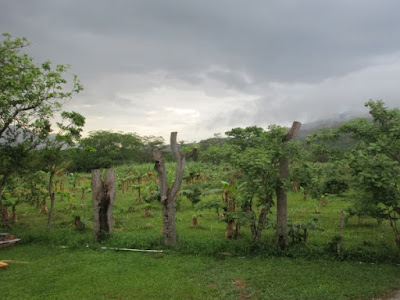 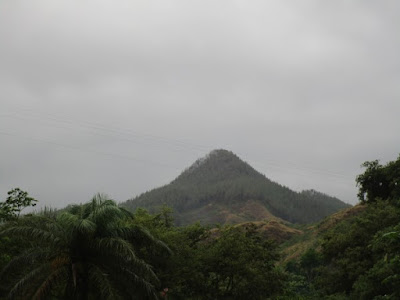 
We instantly became friends with the sweet duo and I believe that I sort of invited ourselves to come visit. But as life got in the way we never managed to visit them. This April we saw them again at the International Living conference and talked about visiting once again.  So finally with the completion of their new house we ventured out and spent the night, enjoying their company once again.  Their lovely two-bedroom home sits along the Santa Maria river just fifteen minutes outside the town of Santa Fe.  Having just a few other expats nearby they've really become immersed with the local community.  Of course it helps that Mitzi is fluent in Spanish which she learned prior to serving as a Peace Corps volunteer in Ecuador. She later cemented her language skills ever further as she stayed in Ecuador an additional two more years where she worked for the Corps as a trainer.

Mitzi was almost born with a passport in her hand and she always wanted to travel the world.  And travel she did since she worked as an airline flight attendant, owned a travel agency and served as a tour guide before retiring to Panama.  Her bubbly, sweet personality lights up the room as she spreads joy to all those around her.

Santa Fe is a nature lovers paradise as it's surrounded by majestic mountains, rivers, streams, wildlife and so much more. It's the perfect place for river rafting, horseback riding, hiking, cycling, touring coffee farms or learning about the indigenous cultures. 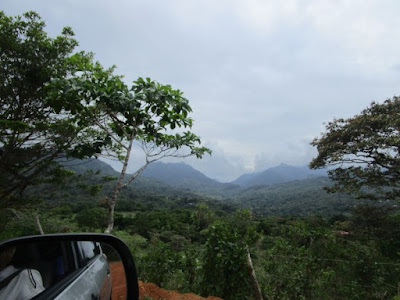 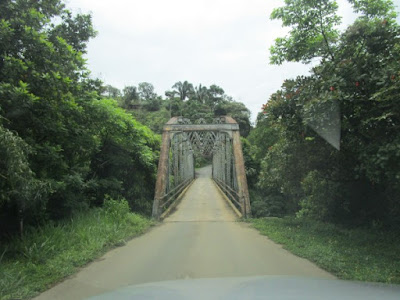 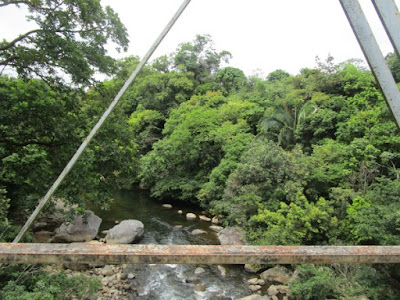 After the Spanish conquests in the Americas the Veraguas province was given to Luis, the grandson of Columbus as a reward. He later sold his rights back to the Spanish crown after his attempts of control failed.  The Spanish called the province Veragua and made Francisco Vazquez the first governor in 1560. Santa Fe was founded soon after because of it's gold mining potential. The town remained rather isolated until the 1950's when it became dominated by a few powerful families who controlled the resources. Travel to the nearby bigger town of Santiago was severely limited with no paved roads which also meant there was little access to the outside world.

In 1967 a Catholic priest from Colombia arrived in Santa Fe and things began to change for the better.  Jesus Hector Gallego Herrera organized the peasants into cooperatives that would bypass the monopolies of the towns elite.  By 1971 this movement had extended outside of the town limits and Gallego was viewed as an advisory by the country's dictator Omar Torrijos.  With help from one of the local prominent families Gallego was arrested one night and vanished, never to be seen again. Soon after Santa Fe was connected to the main roads giving it better access to the rest of Panama.  But still today the cooperatives started by Gallego are still functioning. 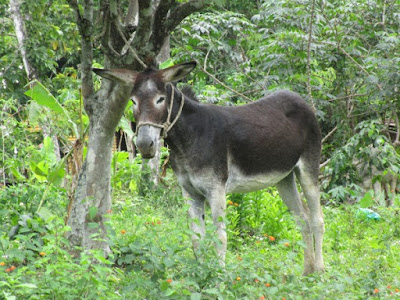 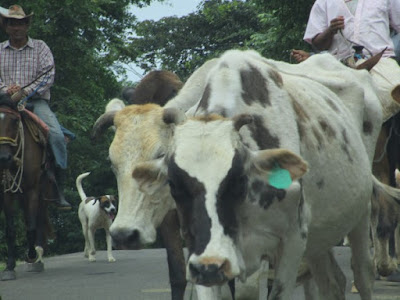 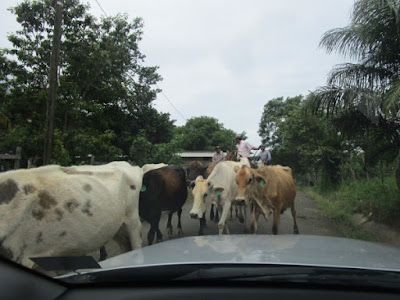 Mitzy and Bill took us by one of the famous "cooperativas" which sells everything from groceries, hardware, live chickens, farm equipment and more.  Still today the cooperatives are owned and operated by the people of the tiny village, which keeps the money and power within the community.

We stopped by the local coffee plant El Tute, which is also run by the local farmers cooperative.  We followed Mitzy as she walked right into the place giving us a peek at the small packaging operation that was in progress.  Along with large bags of packaged coffee were tiny bags bought by locals homes that live without electricity. With these single or smaller servings packs people can boil water and pour it over the coffee grounds, allowing the grounds to fall to the bottom of the container.  Being the coffee lovers that we are we just had to buy a few bags of the whole beans for the low price of just $5.25. 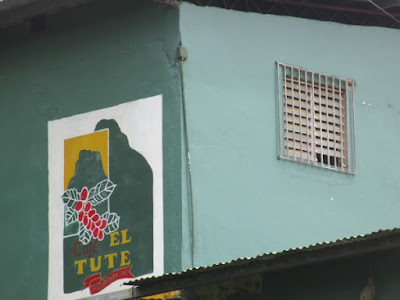 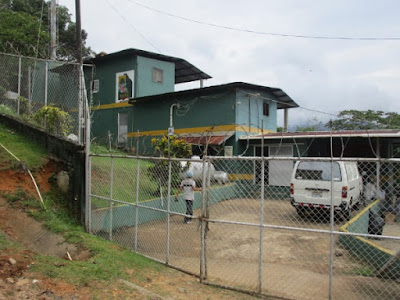 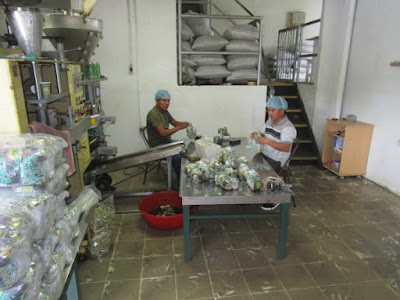 Bagging Up The Coffee 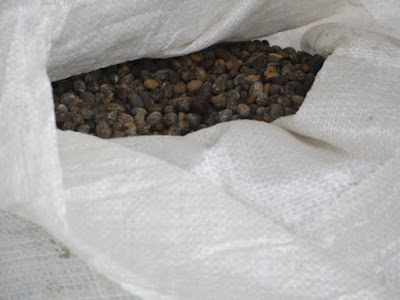 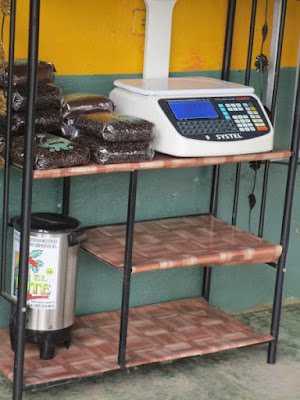 Since this is the rainy season in Panama we returned home to find over four inches of rain in our gauge.  Apparently it came fast and furious as it flooded our yard and soaked our dogs who seem to enjoy playing in it.  Here's to another fun little road trip of good times with great friends......along the gringo trail.
at June 09, 2015