With a few days free in between house sits we headed into central London once again to check out the sights. We made it to our hotel around noon, quickly checked in and took off by foot to explore the city. For something different I thought it might be nice to take in a musical in London's West End theater district.  Once we decided to see Kinky Boots the musical we headed over to the Adelphi Theater for tickets.  Being a Monday night I thought we'd score some good deals.  The girl behind the counter handed me a price list that ranged from cheap up to a few hundred.  I asked her honestly, "so do you think we'd get a better deal from one of the half price ticket agents?" My thinking was that she would immediately offer a better deal but instead she said, "you might," and gave us the name of one of the discount offices. Once we found the place we decided on seats costing just 35 pounds each ($44.00), reasonably located in a great section of the theater. 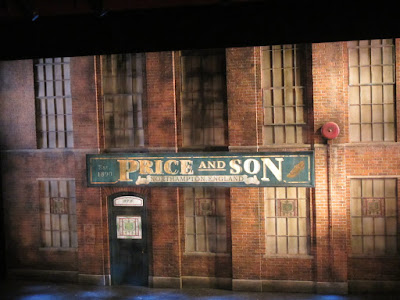 Our seats were good and the show was brilliant. The story is that of a failing shoe company that tries to play into a niche market of women's shoes built sturdy enough to accommodate even the biggest man. Targeting the male drag queens who see the world better in six inch heels it's a hilarious romp of zany characters featuring song, dance and dialogue. For two and a half hours we were entertained at the sight of colorful costumes and sparkly boots that transformed a chorus of male dancers and singers into believable females. 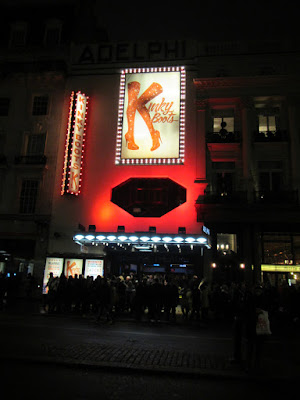 With time to spare before our night time performance we strolled the streets of London enjoying the sights around every corner. We stumbled into China Town that was decorated for the Chinese New Year.  And as always the lively Trafalgar Square radiated with music from street performers with hoards of tourists standing by. 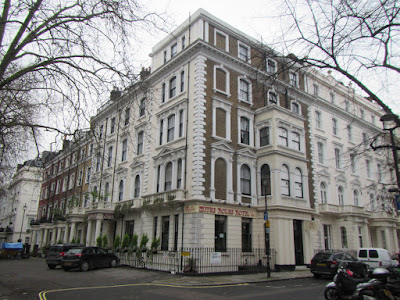 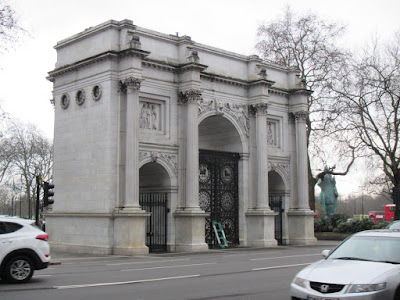 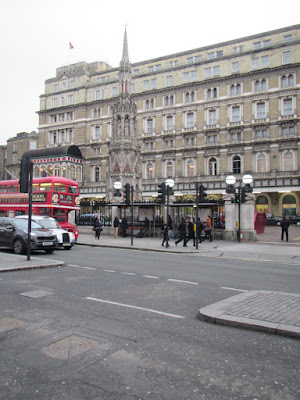 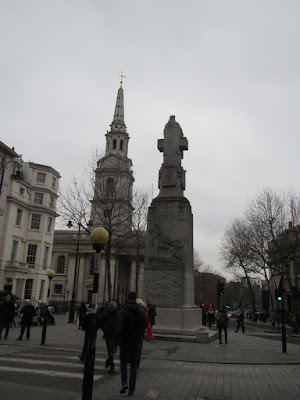 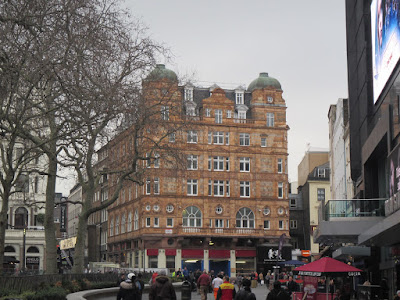 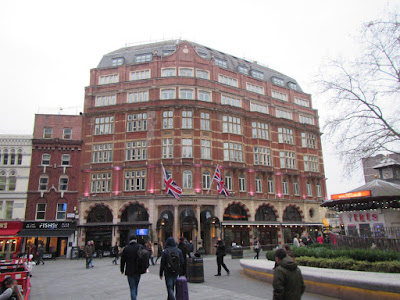 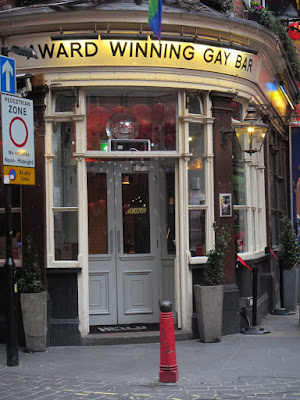 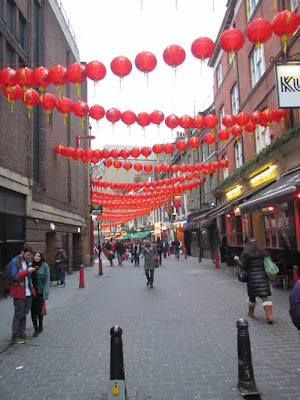 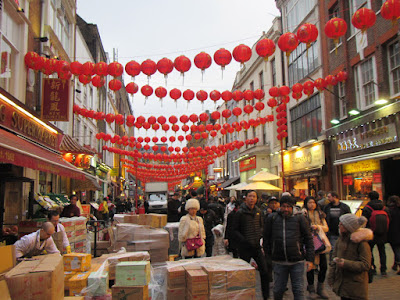 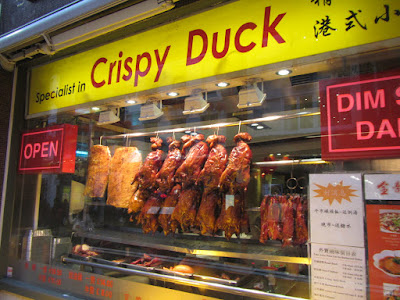 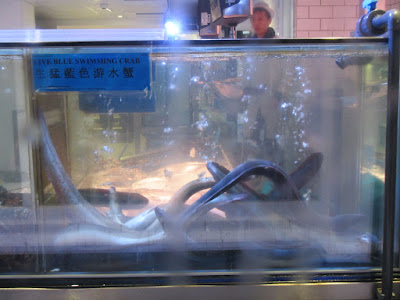 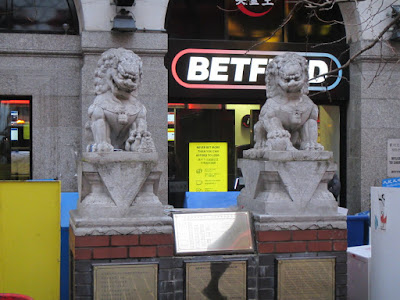 Since we have been in England we've heard more about American politics than ever before.  The Brits seem fascinated with our new President, although not necessarily in a good way. Last night we saw loads of protesters armed with signs that were getting ready to protest near the House Of Parliament. Groups of Police headed over to make sure things didn't turn ugly as we headed in the other direction before they realized that we were Americans. 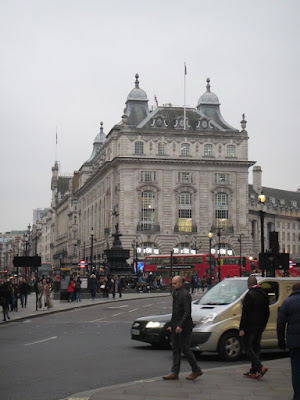 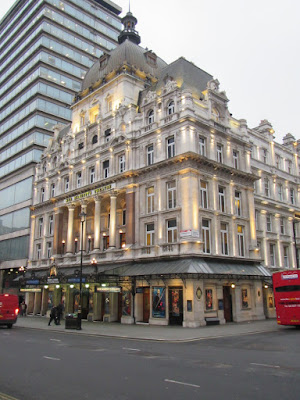 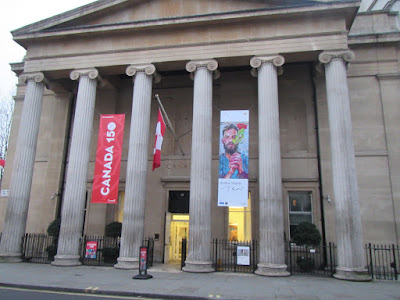 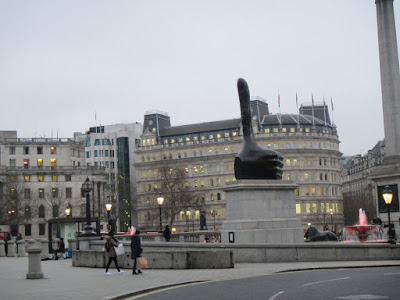 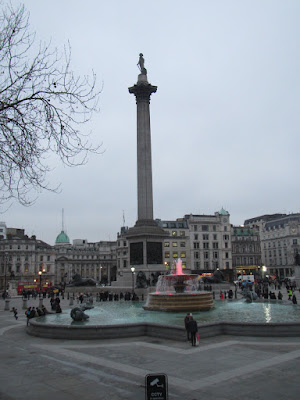 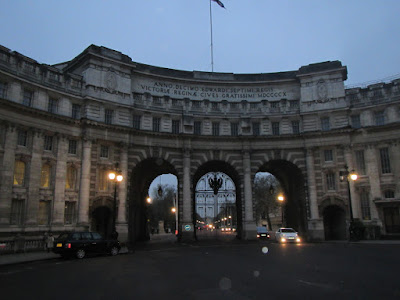 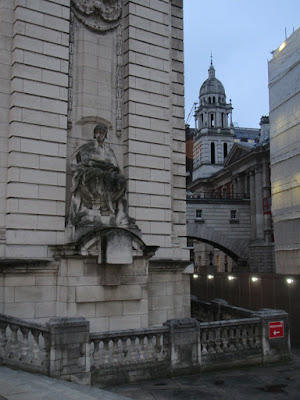 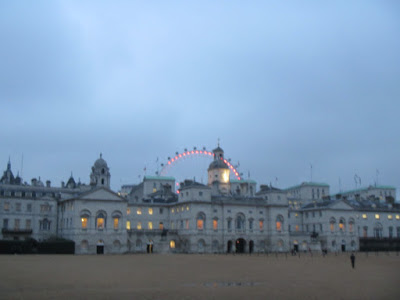 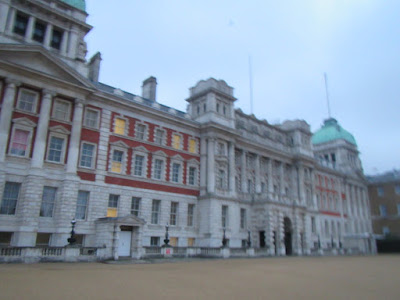 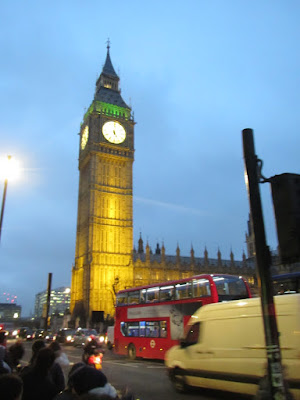 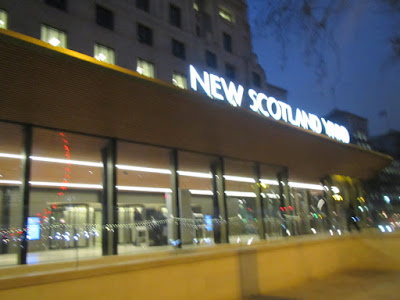 After the show we made our way back to the hotel by 11pm tired from a long day of exploring London by foot and subway.....along the gringo trail.