As we were planning our trip to Poland we were met with some strange responses from people. "You're going where?" "It's not safe there you know." "Wasn't the whole city of Warsaw demolished and flattened? Why would you go there?" "And you will spend over two weeks touring Poland?" 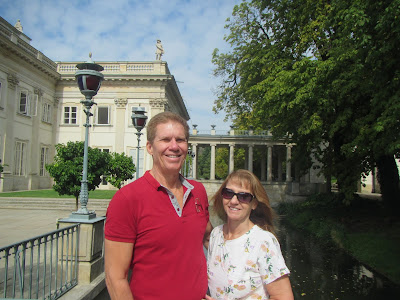 Anywhere there are tourists with money, there can be safety issues and we do take precautions. We are both wearing money belts underneath our clothes. Inside these pouches buried beneath our clothes we have our passports, credit cards, cash and other important documents.....just in case. Should anyone reach into our pockets we simply get a free feel up and they leave with nothing.  Even in the crowded city of Warsaw we felt perfectly safe at all times. Of course we are NOT late night people and since it gets dark here around 7:30, we are inside well before that time.

In case you are wondering about eating dinner out, the Poles tend to have their biggest meal between the hours of 1 and 4pm and only eat a snack at night. During our first evening in Warsaw we made our way into a local restaurant around 6pm and were informed by the waiter that they would be closing in thirty minutes. He happily made us traditional pierogis which we enjoyed and were out of his way before closing time. 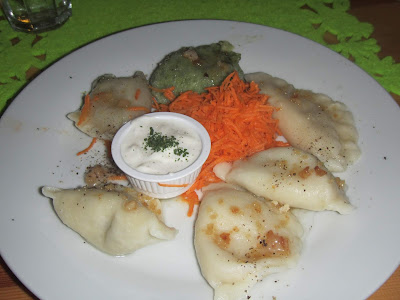 So what are my thoughts of Poland thus far?

I grew up in New Jersey with a Polish Mother and Grandmother, both of whom spoke Polish to each other, yet neither of us three children were taught to speak it. So I am a Pollack as they say and Polish is in my blood. I heard plenty of Pollack jokes and was teased about having a big nose, which I was told was a Pollack trait.

Holidays were spent at Grandma's house eating pierogi, kielbasa, blessed hard boiled eggs at Easter, along with plenty of other Catholic and Polish traditions. But as I grew into my teens I began to hate these family traditions, regarding them as stupid. Yet I always wondered did the REAL Polish people in Poland eat this stuff or act like this? 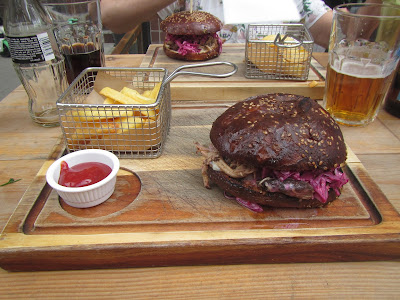 Well they say that travel is meant to change us, and it took visiting Poland to have an eye opening moment at breakfast one morning. There I sat eating kielbasa (fried Polish sausage) with eggs and a piece of rye bread dipped in mustard when tears began to roll down my face. The tastes on my tongue took me back to the early days of my childhood and I suddenly realized something. My childhood that I often thought of as less than wonderful, with an overbearing, mean mother who never accepted me for who I was, had surely left an impact deep down in my soul.

The thing that I was blessed with from my youth was this incredible food culture and a sense of belonging to a large Polish family. The traditions that were passed down from one generation to the next, the food, the recipes, and the belonging to something bigger than myself was suddenly clear to me. And it took visiting Poland, the land of my ancestors and eating real Polish food. Perhaps there is something about being here, among these people that makes me feel like I fit in? I am no longer a stupid Pollack, but instead I realize there are people like me, and here I am surrounded by them, although we speak a different language.

Poland is a beautiful country with people who have endured such tragedy yet have endured despite of it all. Warsaw, its Capital was demolished during WWII and nothing was left to the historic old town. Like nowhere else we have been, Warsaw is a stark contrast of modern, shiny skyscrapers that stand tall next to demolished remnants of buildings. The ruined buildings bare scars of war and bullet holes, yet some have modern structures built on top of their rubble. 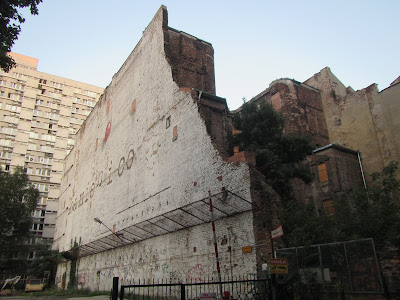 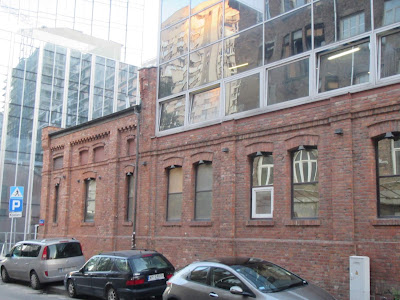 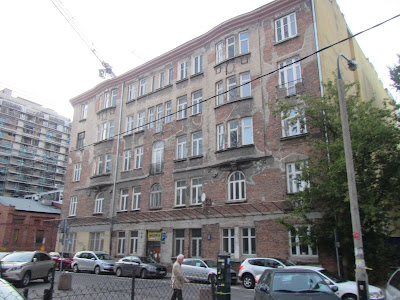 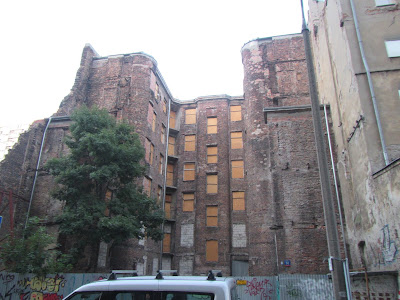 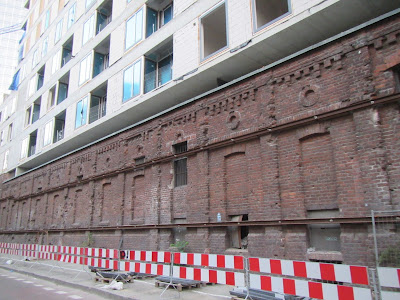 The historic old town was painstakingly rebuilt, piece by piece using photos to make it as authentic as possible. It's stunning buildings, fountains and statues frame the pathways to plazas full of locals and tourists alike. Breathtaking Catholic churches stand proud and tall as believers enter and fall down to their knees to bow before the cross. Some of the women wear veils as we did in my childhood and some older women bow so low as to put their foreheads on the floor in worship. While we have visited many churches around the world we have never witnessed such serious religious practices as we have here in Poland. 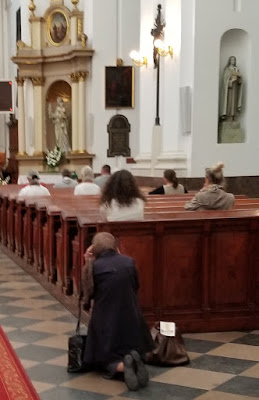 The Polish people appear bulky, or husky as we might call them, perhaps storing extra body fat for the long winters here? They seem aloof and unfriendly to foreign visitors like ourselves, and few we have met speak any English. Pedestrians and cyclists seemingly  tried to run us over on the streets of Warsaw, perhaps the only safety issue I have had here.

Yet this country offers visitors some spectacular sights to see and such a vast array of sad, yet important history to be learned. We have seen some of the most beautiful churches, palaces and castles here, and we have been to many other countries. 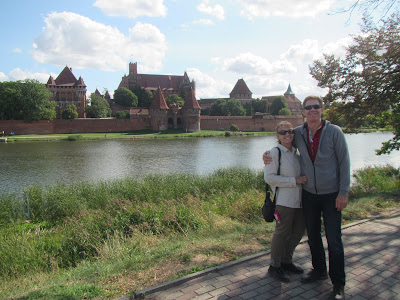 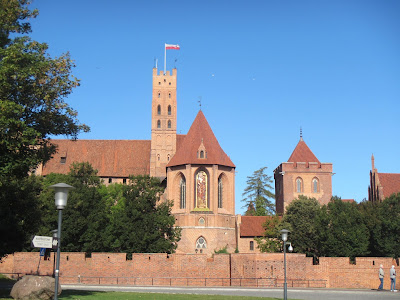 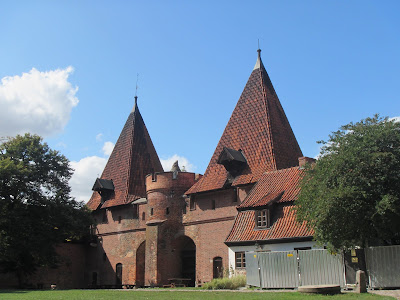 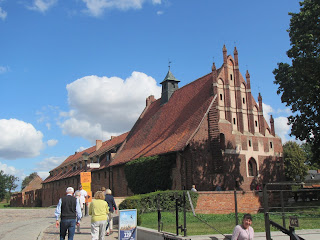 As we wrap up our first five days here we have only visited Warsaw and the small village of Malbork. Tomorrow we will take a train to Gdansk to continue our Poland adventures......along the gringo trail.