Our current house sitting abroad location is the ancient capital city of Dunfermline, Fife, Scotland. Located less than an hours drive from the larger city of Edinburg (Edin-burrah), Dunfermline dates back to the Neolithic period. The town first became recognized with the marriage of Malcolm III, King of Scotland to Princess Margaret who later started a new church dedicated to the Holy Trinity. The church later evolved into The Abbey under the direction of their son David in 1128. The graveyard next to the church has become the final resting place of Scotland's kings and queens up to and including Robert The Bruce in 1329. 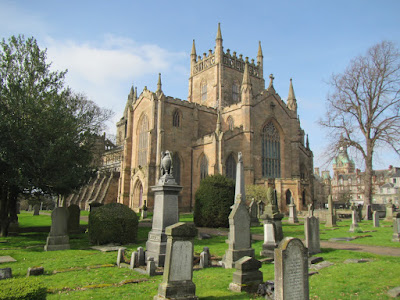 The Top Of Tower Spells Out
Robert The Bruce 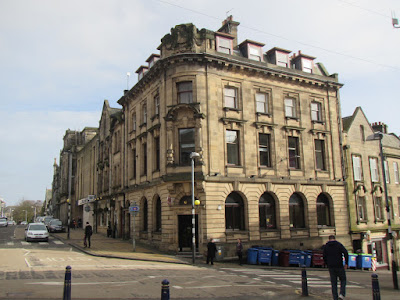 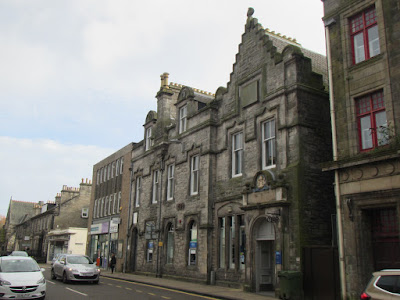 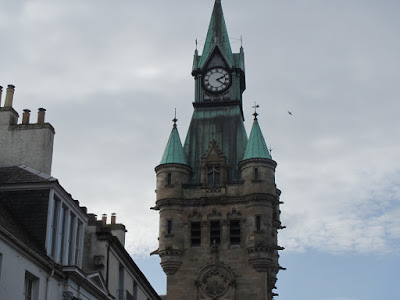 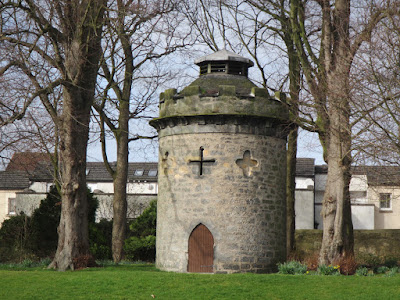 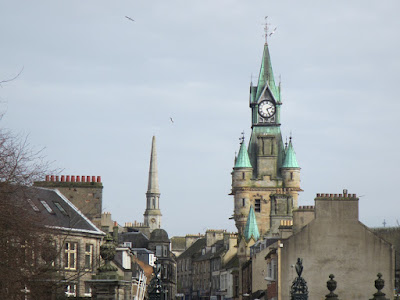 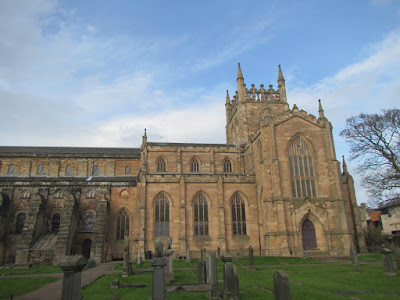 Dunfermline's most famous son is Andrew Carnegie (pronounced locally as Ca-Neggie) born in 1835. His was a true rags to riches story where he was born into a poor family, the second of two sons born to a hand weaver. In 1848 the family moved to America hoping to find a better life and settled in Pennsylvania. With just a few years of formal education Andrew went to work as a bobbin boy in a cotton factory earning $1.20 per week. He was ambitious and hardworking and went on to hold many jobs including a messenger in a telegraph office where he learned and excelled in Morse code. Later he went on to work as a telegraph operator for the Pennsylvania Railroad where he worked his way up to superintendent. 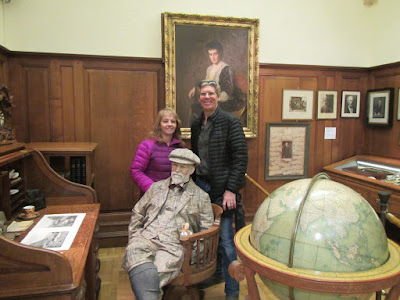 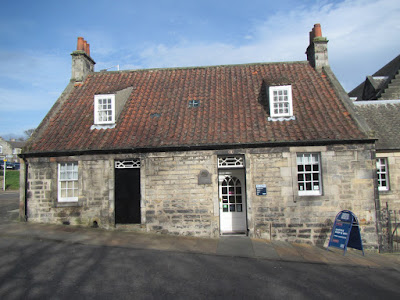 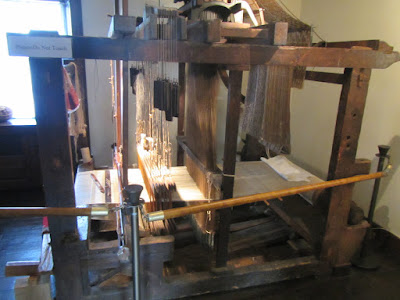 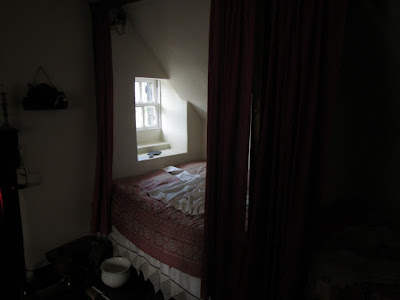 
Carnegie began making profitable investments in coal, iron and oil and by the time he was in his thirties he was a wealthy man. In the 1870's he co-founded his first steel company near Pittsburg which later evolved into the Carnegie Steel Company. In 1901 banker JP Morgan bought Carnegie Steel for $480 million dollars making Carnegie one of the worlds richest men. 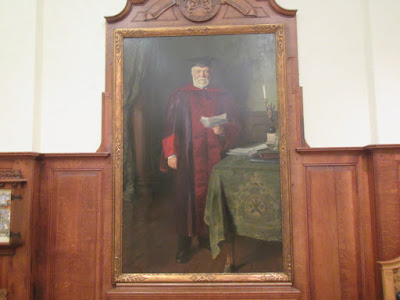 
With more money than he needed he retired from industry and devoted himself to full-time philanthropy. He penned the phrase, "a man who dies rich dies disgraced," and proceeded to give away all of his fortune. Over the years Carnegie gave away more than $350 million dollars, the equivalent of billions in todays market. He provided funding ford more than 2,500 libraries, donated more than 7,600 organs to churches worldwide, and donated to many other causes. He funded projects in research for science, world peace, education, music and so much more. Among his gifts was $1.1 million dollars for the land and construction costs of New York's Carnegie Hall, the famous concert hall that opened in 1891. Andrew remained a bachelor until the age of 51 when he married 30 year old Louise Whitfield, daughter of a New York city merchant. They lived in a Manhattan mansion but spent summers in Scotland where he owned Skibo Castle, set on some 28,000 acres.
Carnegie died at the age of 81 at his estate in Massachusetts and was buried in Tarrytown, New York.

Today we visited the small cottage where Andrew Carnegie was born and raised along with the museum next door. Since we were the only visitors the attendant Ron gave us a personal tour with some interesting information about their famous former resident. Known locally as, "the man who gave it all away," Carnegie has left a lasting impression on the city of Dunfermline. While the man is long gone his legacy lives on in Dunfermline and throughout the world and in the hearts and minds of these two travelers.......along the gringo trail.