A few days ago my sweet husband said he needed to find shoelaces next time we went to the store.  I offered some hot pink laces that I'd pulled out of some sneakers before discarding them, but he wasn't too keen on the idea.  They would have added a splash of color to his drab black shoes, and the price was right too. 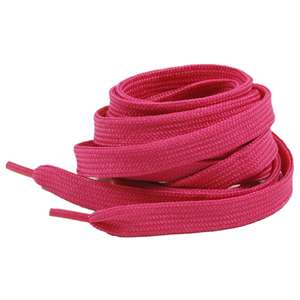 ﻿
Now where would one find shoelaces in the Republic of Panamá?  And do they even sell replacement laces here?  Would they be near the shoes, near the foot products, or in the shops where they repair shoes?  Do they sell them by the package or by the yard?  And what do they call them in Spanish?

Clyde promptly looked up the translation which came up as "cordones de zapatos."  He wrote down the word "cordones" since we already know the word "zapatos" and conveniently left the piece of paper at home.

First stop was an El Rey Supermarket where he planned to pay our electric bill but the "pago" or pay window was closed for the day.  I browsed the aisles of odds and ends for "cordones de zapatos" being a female, since that's what we like to do. Clyde being a typical man that doesn't like to shop, he asked the clerk immediately (when I say "asked", he pointed toward his own shoelaces), who told him they didn't have any.

Next stop was across the street to El Machetazo which is a department store that sells shoes.  Up the escalator we went to the second floor, which in Panamá is really the first floor, since the ground floor is called "planta baja" and not counted as the first floor at all.  We walked through beautiful displays of housewares, gifty items and sparkly things strategically placed to catch the eye of the female browser going by.  Clyde pushed me along practically covering my eyes with his hands to keep me from buying anything along the way.  Then our path led us through women's clothing where brightly colored swim suits and wraps were enticingly displayed on skinny mannequins wearing floppy hats.

The arms of slinky, frilly tops reached out to hug me, as the matching purses and shoes seemed to call out my name.  I tried not to glance at the clothes and kept my mind on the task at hand.  Like a kid in a candy store or a man who was face to face with overflowing cleavage, it was hard to resist.

As I was pushed into the shoe department there was even more temptation along the way, which I pretended not to see.  But what to my wondering eyes did appear, right in the front of the shoe department, but a small rack of packaged shoelaces.  A reasonable selection of black, brown and white with a few brightly colored ones along the bottom of the rack.  The packaged laces had no prices on them anywhere which is typical here but at least we know they can be found.

So you see my faithful followers that the silly, shoelace chase was really not a chase at all.  But if I told you in the first few lines of this blog that we needed shoelaces and found them easily, that would have been no fun at all.  So instead I dragged you along into my weird world of words while you wondered where you were being whisked away to.  But you ended up here as usual following our everyday lives of adventure or nothingness....along the gringo trail.
at July 18, 2012