Squeezed Among The Locals.....

The pulsating sound of drums, music and merriment filled the air as we squeezed among the locals in the city of La Chorrera to watch a parade.  Not just any parade but this special "desfile" was to celebrate the 109th year of Panama's separation from Columbia. 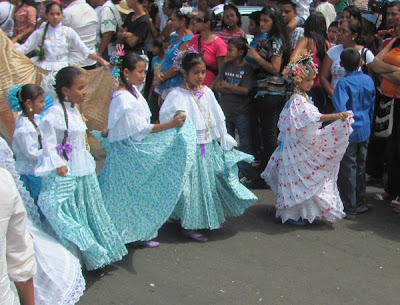 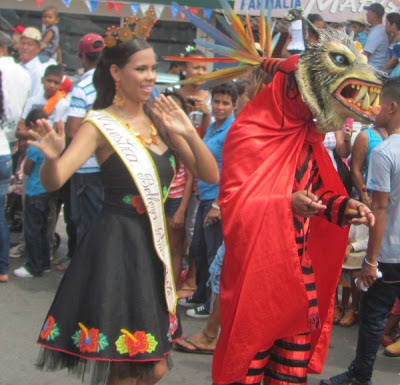 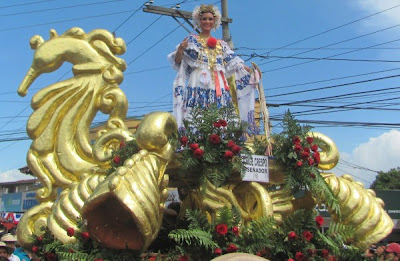 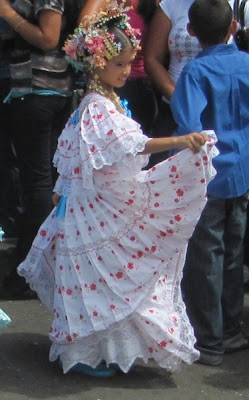 La Villa de Los Santos is a tiny, rural town just a few kilometers from Chitre, Panamá.  The tiny town made its mark in history on November 10, 1821 when a group of residents decided to cause a stir.  They wrote a letter to Simón Bolívar, one of South America's greatest generals who had recently defeated the Spanish and gained independence for Gran Columbia.  The people complained about the exploitation of the Spanish governor and were willing to join him in a revolution.  Panamá's first cry for independence was followed just 18 days later by the actual declaration of independence from Spain and the union of Gran Columbia. 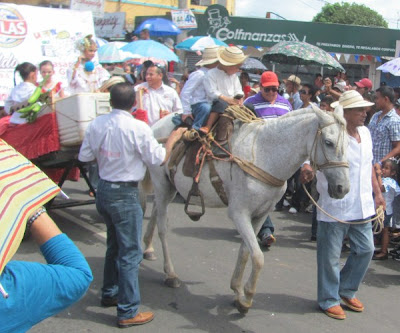 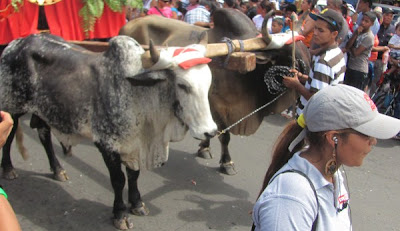 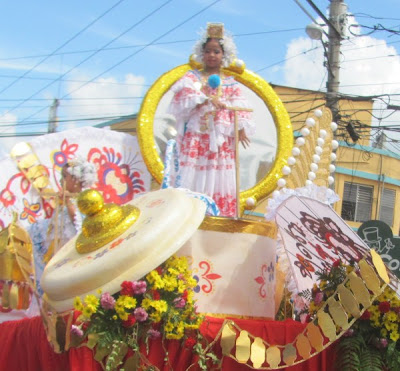 Officially the "Grita en Villa de los Santos' Day" the parade is a celebration of the day the little rural village shouted "gritar" their official "dia de independencia."   And it's for this reason that the parade takes on a rural feel with ox pulled carts magically transformed into spectacular floats.  Perched high atop the floats are beautiful women decorated in traditional polleras.  Marching nearby are men dressed in colorful costumes wearing large devil masks on their heads sometimes scaring the children nearby.  Children and families marched alongside horses and others all celebrating the independence of this small but proud country we now call home. 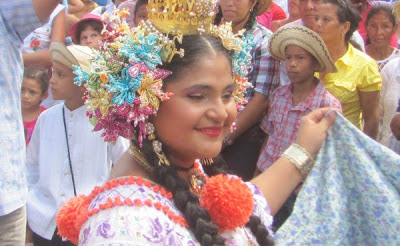 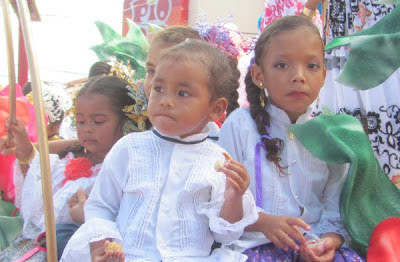 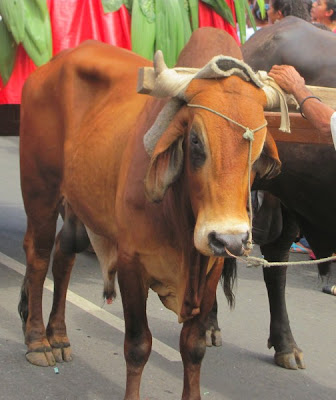 As we bumped butts with the locals and were nearly trampled by the floats and marchers passing by the smells seeped into my nostrils.  A combination of sweat, food, firework smoke and horse droppings became a reality.  The crowds were so thick it was nearly impossible to move let alone take pictures without steppping on or hitting someone.  But since Clyde is tall he managed to snap a few good ones while I struggled to stand my ground and not get knocked over.  But despite the heat and crowds,  I stood amazed at how much time and effort this poor little country spent to put on such an elaborate display of pride. 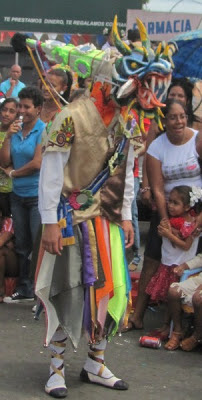 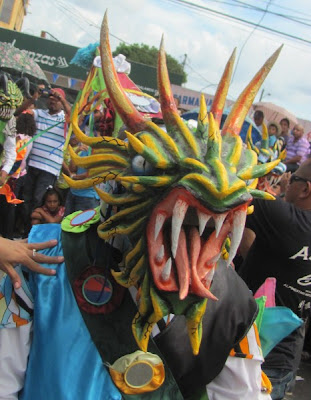 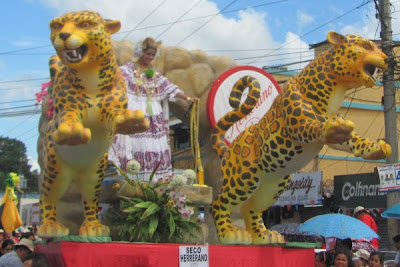 We melted away for hours in the hot sun sucking up bottles of water and "raspados" the local version of a snow cone.  This cool treat involves the vendor scraping the ice by hand into a cup and then topping it with syrup and sweetened condensed milk. For a mere 50 cents it was a joy to ingest in the hot tropical sun.  We spotted a few of our friends throughout the day also enjoying the parade.  After several hours with no end in sight we took our sweat drenched bodies away from the crowds to find some lunch before heading home.  Another day of life in the tropics, mingling among the locals....along the gringo trail. 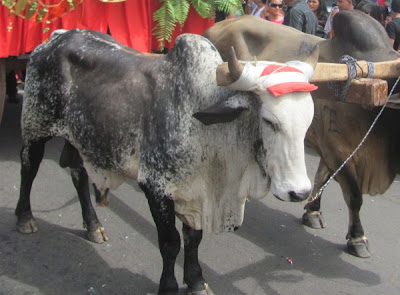 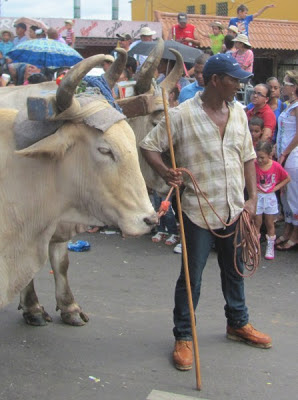 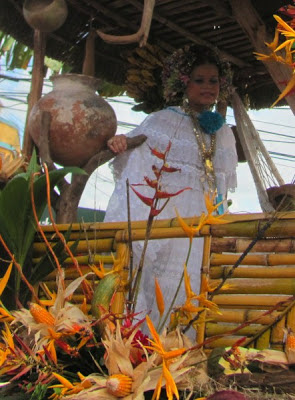 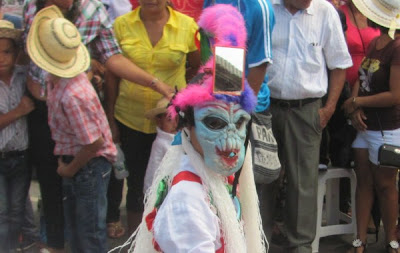 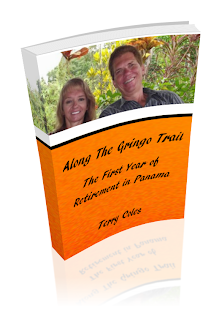