As our car turned into the driveway we made our way past thick, lush, flowering hedges festively decorated with Christmas lights.  Once at the end we were faced with a row of garage doors to our right.  Each was topped with the word "suite" and a room number.  Clyde turned the car into one of the dark garages as we noticed the sign on the wall which read "$28 por dos horas."  We stepped out of the car and Clyde pressed the door bell-like button on the wall.  This caused. the garage door to close with us inside, and apparently sounded an  alarm inside letting them know a guest had arrived.  Then he pulled out the cash and inserted it through the slot in the door. 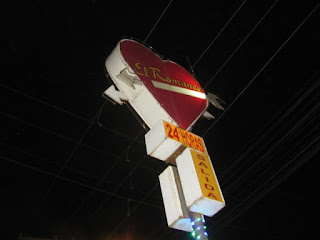 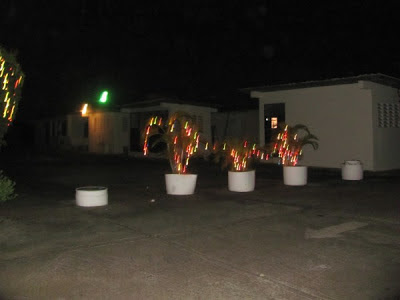 The sound of foot steps could be heard on the other side of the door as the money disappeared and we heard the door unlock.  A voice on the other side said "adelante," which means "come in" (go forward) in Spanish.  Clyde pushed open the door and we had to giggle, as we were about to have our first experience in a "Push Button Hotel," cleverly named "El Romance." 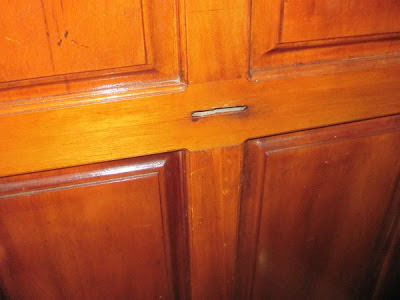 High Tech method of
paying
﻿
Hotels like this are throughout the country and offer a totally private, anonymous, secret getaway.  With even the car concealed behind closed doors there's no chance to get caught, unless you're seen driving into the place.  An ideal spot for lovers looking for a romantic getaway?  Or maybe Mom and Dad  trying to have some alone time away from the kids?  Possibly even a tired traveler looking for a place to nap?  Or on the sleazier side perhaps a husband or wife sneaking out for an torrid affair? 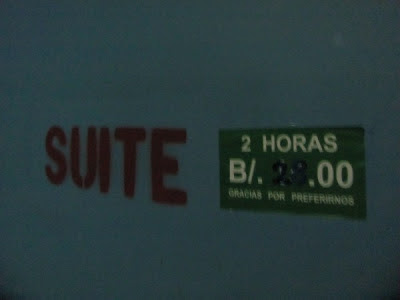 They must have gone up in price recently
﻿

What I expected to find was a sleazy, dirty room with mirrors on the ceiling, a vibrating bed, and tacky furnishings.  But what we found was completely the opposite.

We walked into a sitting room with an old, worn, fake leather couch to our left. Next to it was a small refrigerator with snacks on top and a coffee table in front.  The fridge was stocked with beer, wine, water and sodas just like a cash bar in any hotel. 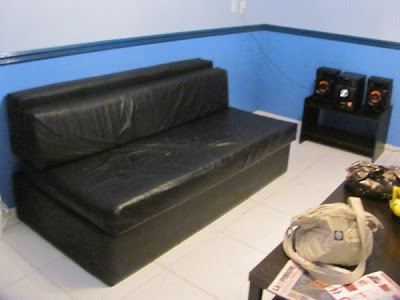 To the side of the living area was a room with a two-person, sapphire blue Jacuzzi and decorative tile around it.  The floor around the tub was tiled with pretty blue and white shiny tiles.  Back in the main room we could see a bathroom to the right with a tiled shower, sink and commode.  A large arch beautifully adorned with blue tile welcomed us into the bedroom.  A king-sized platform bed was simply dressed in pristine white sheets where towels wrapped in a plastic bags sat on top.  Two night stands sat on either side of the bed and the wall to the left was neatly mirrored.  A flat screen television was perched high on the wall in case the guests had spare time to watch a football game after the fun was over. 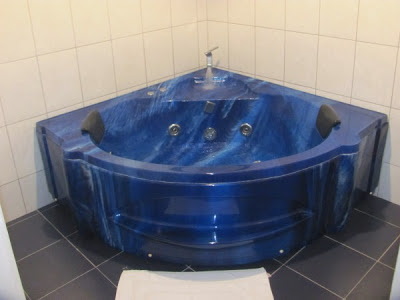 Since this was a spur of the moment, spontaneous side trip we had nothing with us to drink and Clyde decided to order room service.  He picked up the phone and asked the woman on the other end for two rum and coke's.  Within minutes we heard a tap on an inside door which meant that our drinks had arrived.  Clyde opened the little window, took out the drinks and put the money in before closing the little door.  This totally anonymous type of room service cost him $5.00 for two drinks.  After spending such big bucks on a two hour room and drinks I assumed he was looking for some romance. 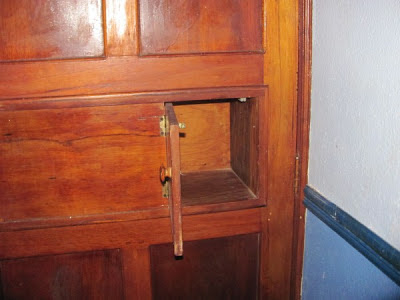 An anonymous way to receive your drinks
you never see anyone 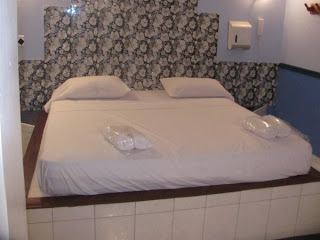 To take advantage of all the room had to offer we started with a shower, then slid into the hot tub built for two.  I'll spare you the rest of the details, but when our two hours was up the phone rang a melodic tune.  Clyde picked it up and was told that our time was up.  We showered and dressed quickly before collecting our belongings.  Before leaving the room he called the office on the phone to let them know we were leaving and they could check the room.  Once outside in the closed garage with our car we waited patiently as the staff checked the room and made sure that we paid for anything we'd taken out of the cash bar. Once they were done they opened up the garage door for us and we were free to leave. 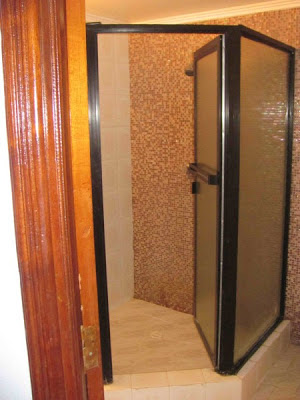 We drove off with a smile knowing that we'd successfully completed yet another first here in Panamá.  Our first experience in a Push Button Hotel felt a bit naughty, but offered some innocent fun for two romantic, crazy gringos....along the gringo trail. 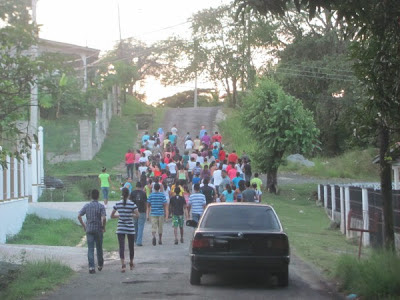 On our way home, we had our way blocked
by these kids never figured out where they
were heading, perhaps Christmas Caroling?

Terry now has a book published
to Amazon for your kindle
Check it out here! 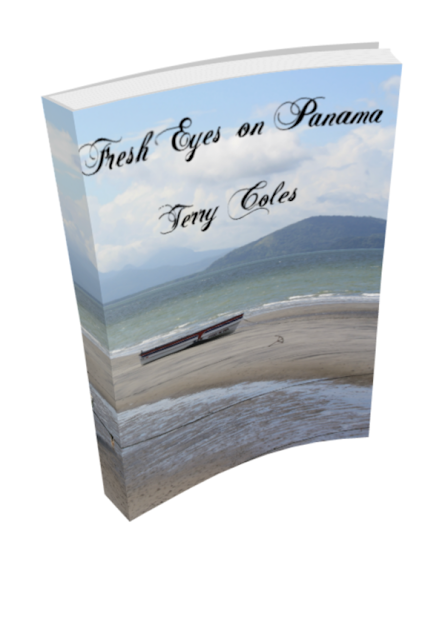