Never Too Late In The Day To Learn Something New......

We took a road trip on Sunday as our little car chugged it's way up Campana Mountain to the chilly little town of Chica.  Nestled in the mountains Chica is full of local charm, tiny restaurants called "fondas," churches, homes and plenty of street dogs napping in the middle of the road. Since it rained on the drive up the town was blanketed in a mist of billowy clouds that made it impossible to see much of anything.  But since we were just going to hang out with fellow expats at our friend Phil's place called "La Joya de Chica," our car new the way all by itself.

With a group of ten others we enjoyed Sunday brunch, coffee, laughter, conversation and some music provided by Clyde too.  As always we welcome the opportunity to reconnect with old friends and make some new ones, which was the case on Sunday.

On the way home it was already dinner time so we stopped outside of Capira at a favorite little restaurant called Delizz.  Usually we're waited on by the owner, an older, bubbly Panamanian women who recognizes us and loves to chat.  But this time the owner was with another table talking as if they were old friends.  A young girl came over to take our order and I was surprised when she flipped through her little receipt pad almost as if she was asking us to pay our bill.  She was looking for her note as to what was on the menu of the day and proceeded to tell us:  sancocho, a local version of chicken soup; pollo or beef.  Usually this place offers a nice, full menu so this menu of the day thing caught us of off guard but we played along and ordered the pollo, but only one since we usually share a plate.  In the meantime Clyde noticed the owner holding menu's so he called her over to get one.  We promptly looked through it for our favorite dish called "tierra y mar,"  which means land and sea, a chicken and shrimp dish covered with white sauce.  I explained to the girl in Spanish several times that we only wanted the "tierra y mar," and not the other chicken dish.  We added an appetizer of cerviche camirones, or shrimp cooked in lime juice with onions and seasonings.

The girl quickly brought us the appetizer and a while later brought a chicken dish with potato salad, plantain and rice which was apparently the dish of the day that we thought we had cancelled.  I felt so bad but tried again to explain that we didn't want that, just the other dish we ordered off the menu.  She looked confused but walked off with it making me wonder if we were in trouble with the owner or chief since they just wasted this plate of food.

Eventually she returned with the correct order along with an extra plate for us to share the dish on.  A chicken breast pounded flat, topped with shrimp before folded over and drenched in a tasty white sauce.  Along side were some potatoes cooked in wine that were cut into chunks and a salad.  When the girl brought the correct meal I apologized to her explaining in Spanish that we were still learning the language and didn't speak it perfectly.  She smiled and seemed to understand as she walked away again. 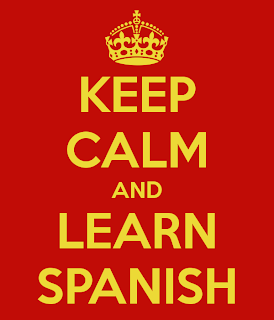 As we were eating I read the words in Spanish on a black board behind the counter.  On the board was the word "batidos" which is simply a milk shake made with fresh fruit, along with a list of flavors to choose from.  Under that was the word "helado," which is ice cream and under that the word "palomita," which I'd never seen before. The owner came over to say hi and explain that the younger girl was having problems communicating with us and again I apologized for us not being able to make things clearer to her.  I asked the owner, "que es palomita?"  "Es dulce?" Which means what is "palomita" was and was it something sweet like a dessert.  She said "no, it's popcorn," and went onto explain that here in Panama the correct term is "palomita de maiz," which is corn. After our impromptu Spanish lesson and a bit of small talk we asked what type of "helado" she had and proceeded to order "galleta" or cookies and cream for me and "fresa," or strawberry for Clyde.  Both were served in a dessert glass and topped with whipped cream at a cost of just 75 cents each.

Before leaving I made sure to make eye contact with the young waitress once again thanking her profusely for her patience and understanding of our less than perfect Spanish as I handed her a tip.  Hopefully next time she comes face to face with foreigners she'll be a bit more understanding of the language barrier and how difficult it can be for us to get our point across at times.

Occasionally when I exercise I use a heart rate monitor but mine wasn't working any more as it needed a new battery.  Off we went to the second floor of a mall in Coronado to a jewelry store to see if they could replace the battery.  The tiny shop is owned by "Chinos" better known as Chinese people and seemed to be a family run store.  A young girl took the watch and efficiently replaced the battery charging us a mere $6.50.  While standing there browsing in the strange little store a young boy came in wearing a uniform from a local public school  A crisp white dress shirt over navy blue pants with a back pack hung around his shoulders.  We watched in amazement as the young lad purchased a body piercing from the girl behind the counter. If this transaction was going on in the US it wouldn't have surprised us, but a poor, young boy buying such a thing here in Panama?  It made me wonder just what he had pierced on his young, thin body or perhaps he was buying a gift for his girlfriend? Body piercings are rare here and not something that we see much of if any at all.

And if you remember a few blogs ago when I told he story of a young man sitting down with us while we ate pizza at Domino's one day?  Well, after relaying the story to our Panamanian Spanish teacher she said that several other expats who are also her students have had the same exact experience in the same food court.  And then one day while Jasmine was giving a lesson in the food court the young man came to join them at the table.  Jasmine asked her student the question in Spanish and the young man answered, as if she was talking to him.  She said they proceeded to just ignore him since they realized that he was perhaps mentally challenged and meant no harm, although a bit of an annoyance.

And in writing that last paragraph I realized that I haven't studied Spanish this week and since we have a lesson in the morning I'd better get busy. Just an additional FYI for anyone wondering how our dog Venus is doing after her attack, she's doing just fine.  Our little cone head seems to be feeling better as she's trying desperately to lick at her sutures but the cone on her head prevents such an action. She whacks at the cone with her paws trying to make it go away or maybe trying to scratch her head or ears.  Also she rubs the cone along the ground grasping it with her paws trying to get it off.  I relate the cone on the dogs head to a man having his hands restricted by hand cuffs preventing him from touching his male parts. Clyde grimaced at the thought of such a horrible behavior to be bestowed upon a man but just goes to show you how my mind can wander with so much idle time....along the gringo trail.