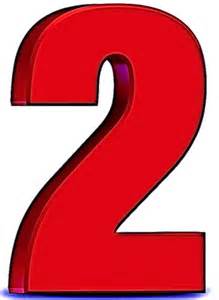 
Two years ago this past Tuesday we hopped off the plane in Tocumen Airport in Panama City, with six large suitcases eager to start our new life in Panama.  Although everything had fallen into place up until that day, almost like the whole move was meant to be, the day went downhill from there.  First we got lost in the city traffic trying to find Multi Plaza mall where we had to meet up with  Betsy, the Panamanian woman we'd be renting from.  With no way to contact her since our cell phones didn't work here, we arrived two hours late hoping she waited for us which she did. She became our first Panamanian friend who took us under her wing and showed us the ropes, so to speak.  She showed us where to shop for things, helped get our electric, cable, internet, and everything else connected.  Later that night during our hotel stay Clyde's passport turned up missing we think it was swiped by the hotel's front desk clerk.  She denied having kept it and we ended up having to file a report with the police and have him apply for a new one which took two weeks.  Fortunately we did have copies of our passports with us since that was our only form of identification here.

Our first year here flew by as we learned how to cope in this foreign world.  Like newborn babies we had to learn everything all over again.  Where to go to buy anything, how to get a drivers license, how to get internet, cable, electric, water and just about everything else.  Confusing as it all was everyone spoke a different language that we didn't quite understand, making it even more of a challenge.


For example one might see a place called "IDAAN" on the side of the road which stands for "Instituto de Acueductos y Alcantarillados Nacionales," AKA.....the water department. "Union Fenosa," the electric department and so on....  What do they sell in Titan, El Machetazo, or El Fuerte? Walk into a ferreteria or hardware store where you're greeted by a clerk standing behind a counter.  Where are the nails, hammers etc?  Everything is behind the counter and you have to ask for what you want, in Spanish of course.  Despite all of the publications out there that tell people no need to learn Spanish to live here, apparently NO ONE'S told the Panamanians that they need to learn English because we've moved here. Imagine that!

And we've come to accept the fact that some day's IDAAN turns off the water for reasons unbeknownst to us, or probably anyone else too.  Fortunately we have two water tanks and a pump for just such an occasion. There seems to be no announcement prior to water shut offs, it just happens.  But sometimes we notice a large tanker truck giving out water in the neighborhood and realize it's the water department.   The electric is another thing that's not always reliable, although most of the breaks in power last just seconds.  And our trash was finally picked up last night after sitting in the outside bin for exactly one month.  Why? Again, no one knows.  They're excuse is usually the truck is broken so they just stop picking up trash.

We come to realize that a door-to-door mail system is NOT a necessity, since Panama doesn't have one and survives nicely without it. Bills are either paid online or someone comes around and sticks a paper copy of the bill in the front fence that surrounds your home. Then we take the bill to the local grocery store to pay it at a special pay station.  No mail means no junk mail, credit card offers, solicitors ads, or Publishers Clearing House paperwork promising us millions. There are mailbox stores here where one can pay a monthly fee for a mailbox if they'd like.  But since we don't need it should we need to send or receive something we pay a one-time fee instead.  Since shipping to and from Panama is pricey we try to avoid it, unless it's something we really, truly, can't get here and can't live without. 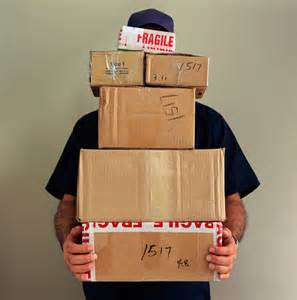 Nope, no more internet shopping for us!
﻿

So this past year Clyde remodeled our kitchen with 19-feet of teak cabinets that he built himself.  Along with that an additional 3-foot floor to ceiling pantry out of teak and rack for stemware.  He installed new appliances and granite counter tops, painted the wall and even made new valances for the windows in the kitchen too.

Both of us have had a foreign hospital experience involving surgery this past year.  Mine was a total abdominal hysterectomy here in Panama a rather good experience.  Clyde's was surgery to fix a broken toe in Cartagena, Colombia while on a cruise. Health care here is good, cheap, and most but not ALL of the doctor's speak English.


﻿
We started our attempt at learning Spanish about a year before we moved here with Rosetta Stone.  Still today, and probably forever we'll be taking Spanish lessons to continually improve our language skills. Recently, I asked Jasmine our Spanish teacher if her students ever come to her and say, "my Spanish is good now and I no longer need your services." She looked at me like I was nuts and said, "no," so I guess we'll be together for as long as we live here.  Talk about job security eh?


Someone once told us that the first year living abroad everyone lives as tourists, exploring and being in awe at their new surroundings. By the second year it becomes a little more normal, and we settle into every day life.  It's no longer scary to see dark skinned people hanging out in front of a little, Chino store or alongside the road.  They're either just visiting friends or waiting for a bus.  Kind of like in the olden days when people sat outside on their front steps, or a stoop as we called it in New Jersey. As our surroundings become more familiar and less peculiar we learn to love our new lives, the laid back lifestyle, the culture and the mere fact that we no longer have to go to work.....along the gringo trail.
at September 05, 2013