Under The Big Top.....At Renato Circus

Since we've lived in Panama several small traveling circus' have popped up here and there, and last night we finally entered one of these big tents to see the show. "Circo de Renato," or Renato Circus is a Mexican based business that seems to travel through Latin America.  A few weeks ago they made themselves known as they drove into the area showing off the animals in large trucks. A Panamanian friend raved about how great the show was so we decided to check it out ourselves. Besides......our electricity was out yesterday for six hours and we really didn't want to have to talk to each other anymore.....so we went out for the night. 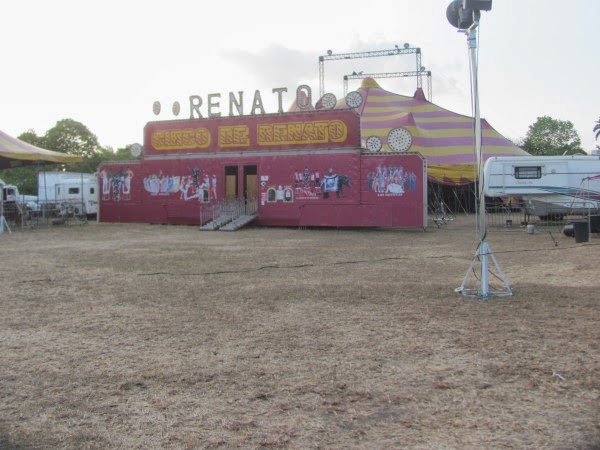 Entrance to Circus......
Notice the dead grass, this is the dry season in Panama 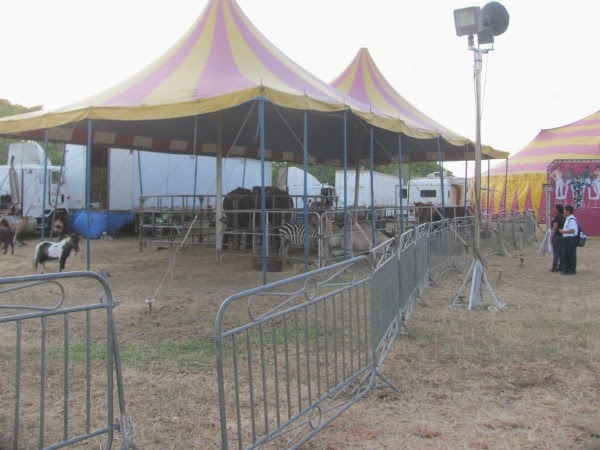 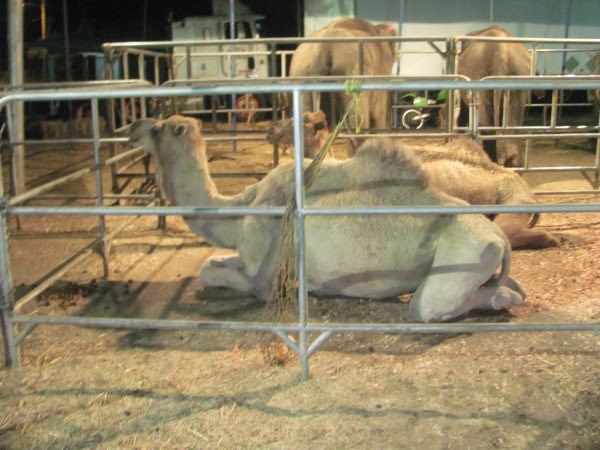 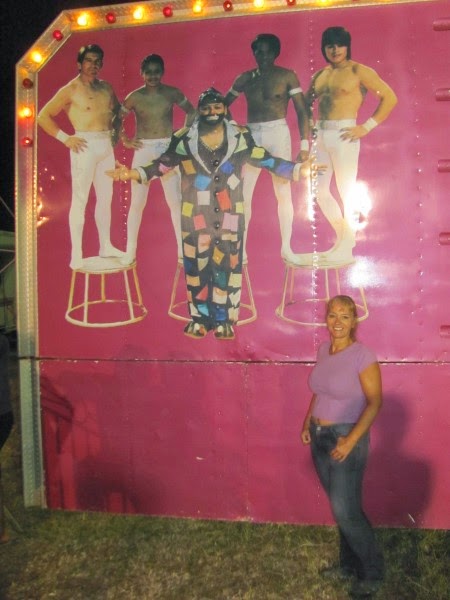 Posing with hunky performers.....and Renato.....
Yes I do realize it's just a photo! 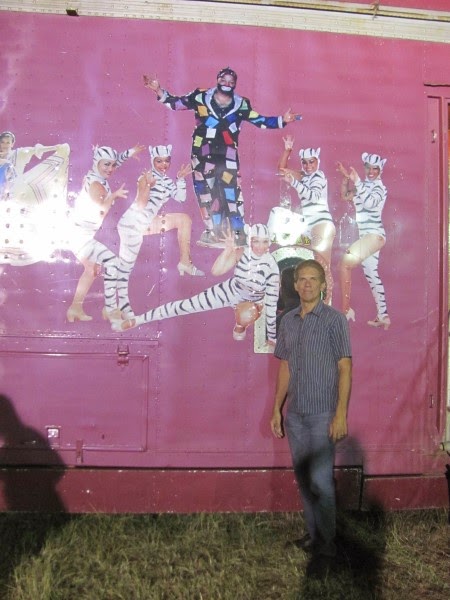 Along the side of the road in the little village of Coloncito, sat the large, colorful tents of "Circo de Renato." We parked the car and joined the crowds that were standing around admiring the animals who looked rather undernourished to me.  Among them were elephants, zebras, horses, camels, tigers and a kangaroo too. "Boleto's" or tickets to the circus were $5, $10 or $15 depending on where one wanted to sit.  We paid just $5 each being jubilados (retirees) but were directed to the cheap seating area anyway. Seats were orange, plastic seats with backs on them which turned out to be a nice surprise as we'd expected wooden bleachers. All seats no matter the price had a great view of the ring since they were elevated in the huge, nicely built tent. In a world where locals live on little money, I thought ticket prices were rather high.  Not to mention the tons of junk food, toys, photo's and other stuff they were selling once inside to get more money out of people. 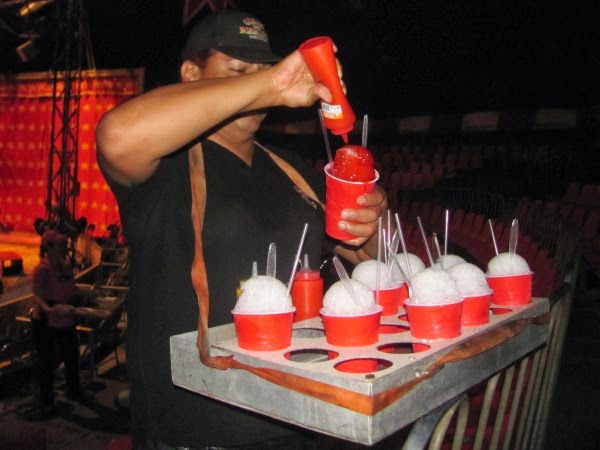 The worst "raspaduro" ever.....a snow cone topped with a jelly-like syrup
and sweetened condensed milk.  Way too sweet....the Panamanians make them much better!!
Good thing we only bought one! 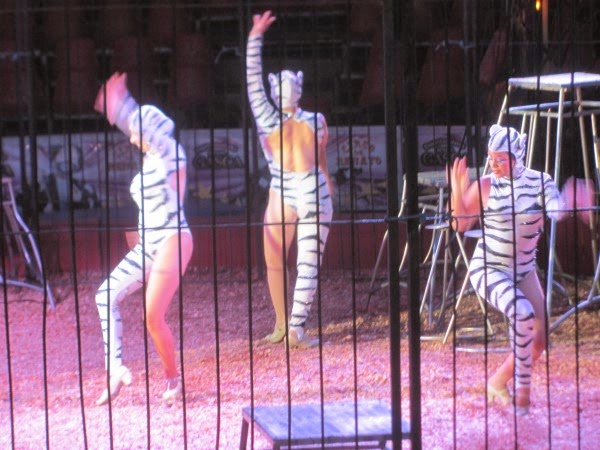 Ladies dressed in Funky Cat Suits.....in a cage because they're dangerous
Or to keep Clyde away? 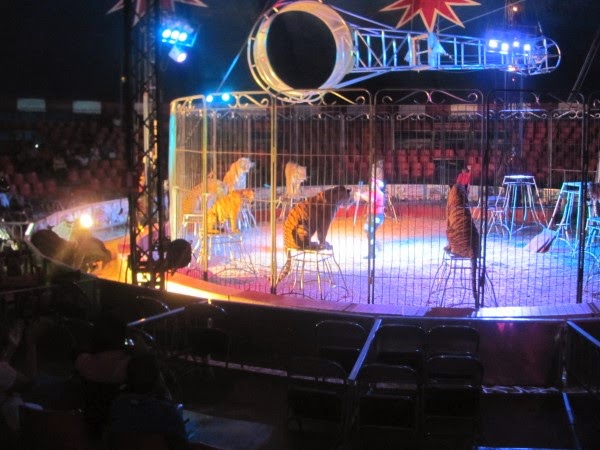 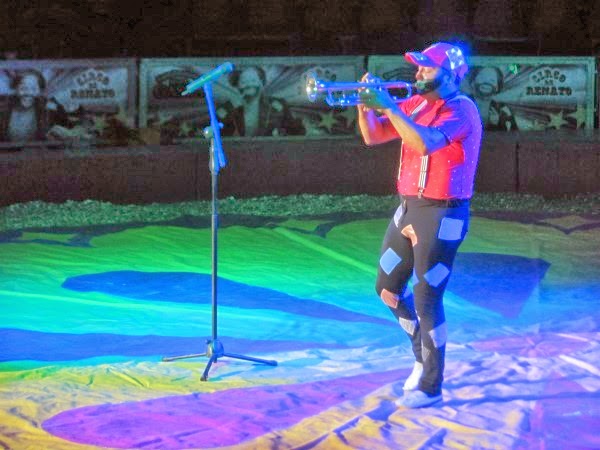 Renato being silly
Renato seemed to be the main performer who entertained the crowds dressed as a clown for the most part. But this talented performer appeared in just about every stunt sharing the stage with all of the other performers too. 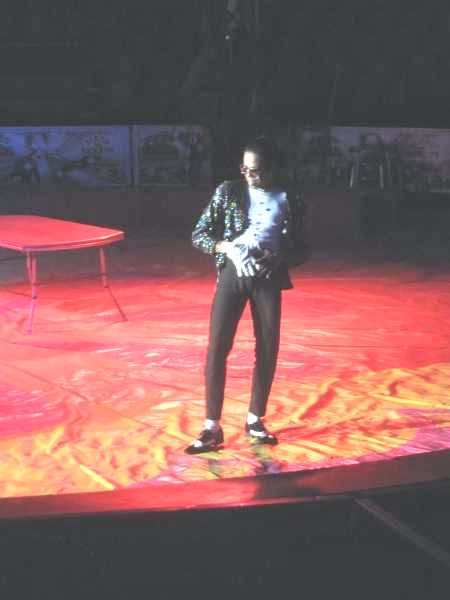 Michael Jackson is Alive.....traveling with a Mexican circus!
﻿ 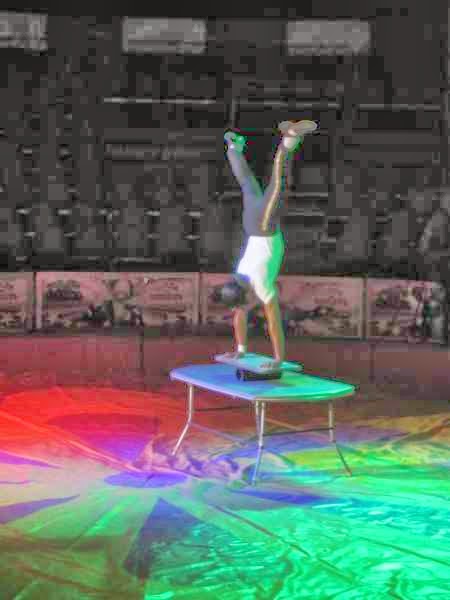 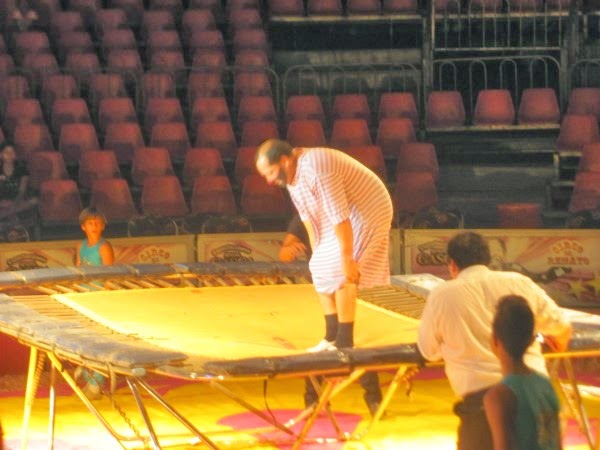 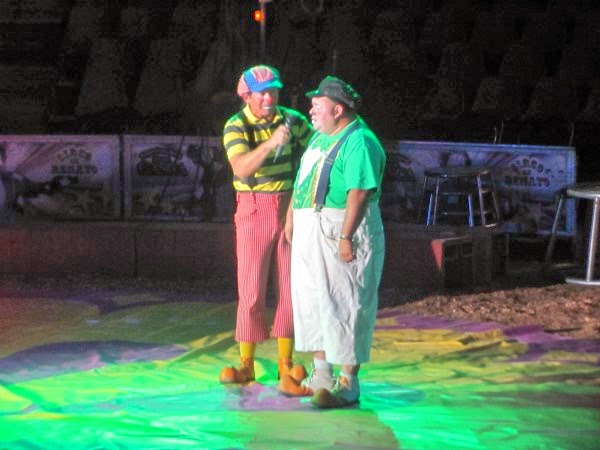 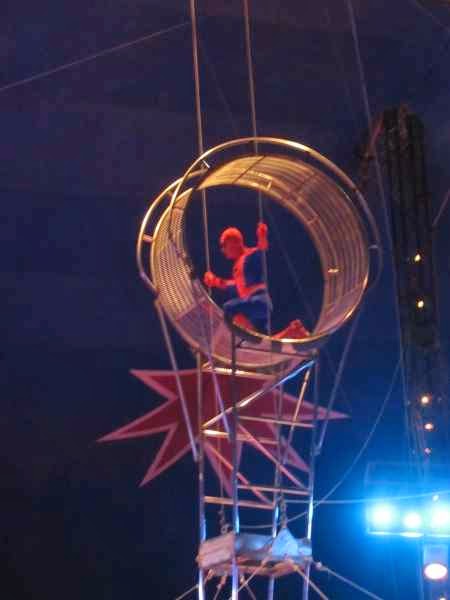 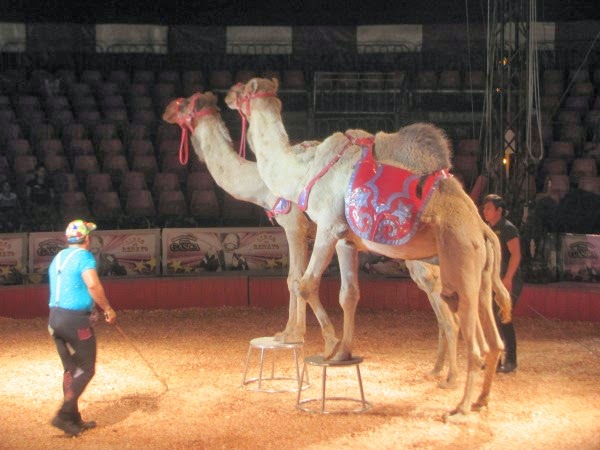 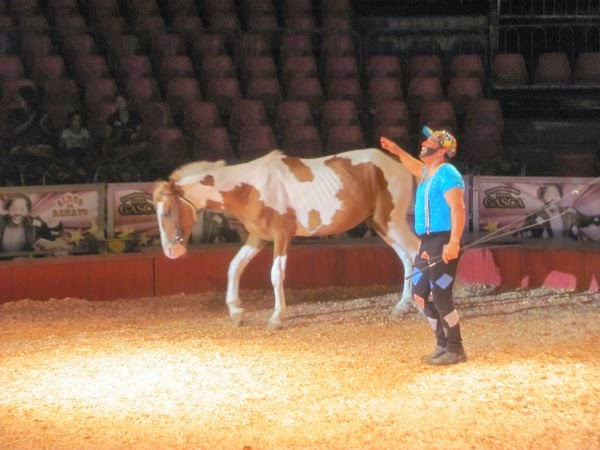 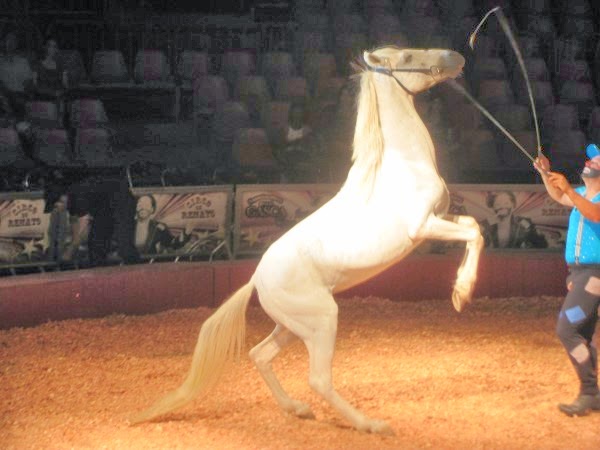 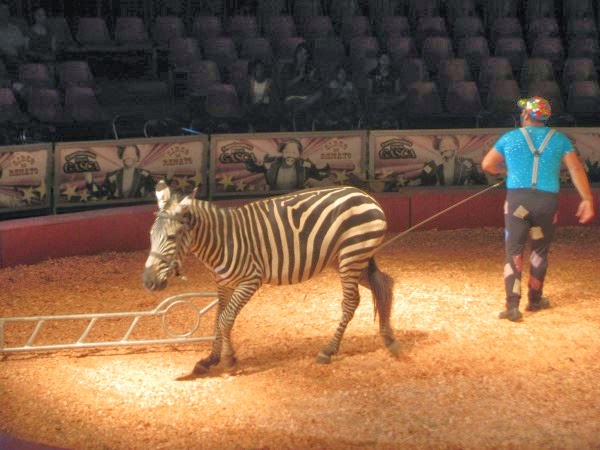 Clyde thought this might be one of the illusive "zonkey's?"......
Half donkey, half zebra?  But we all know Clyde's not quite right! 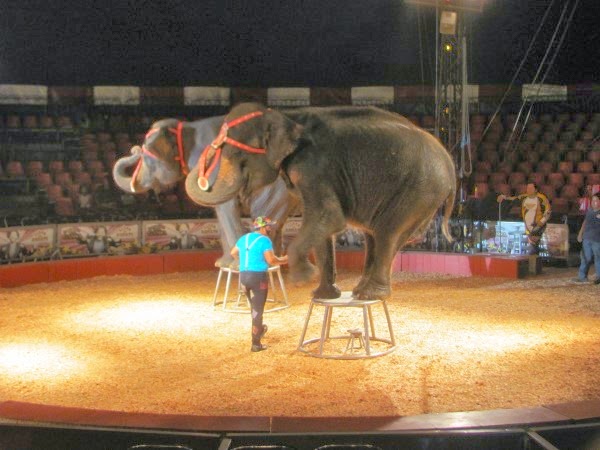 Elephants.....and guess who that is? 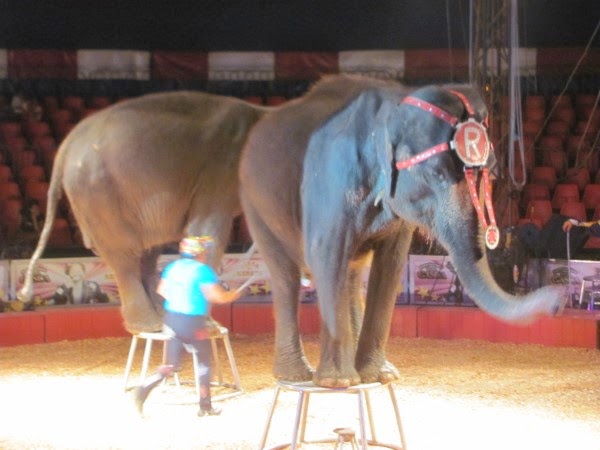 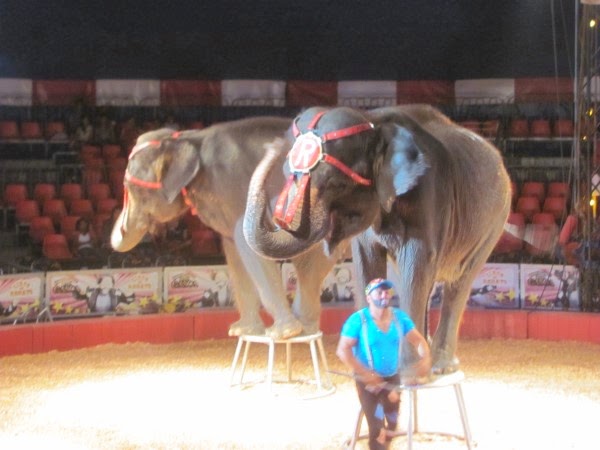 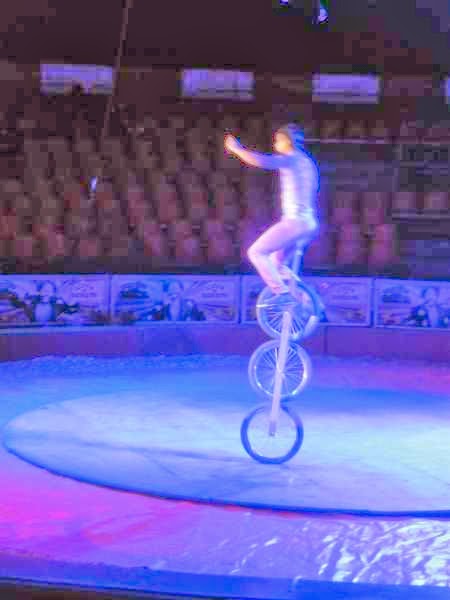 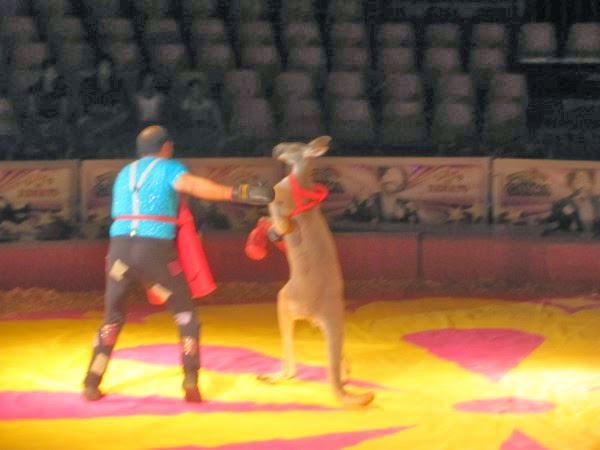 A kangaroo boxing with Renato.....Clyde thought this was hysterical 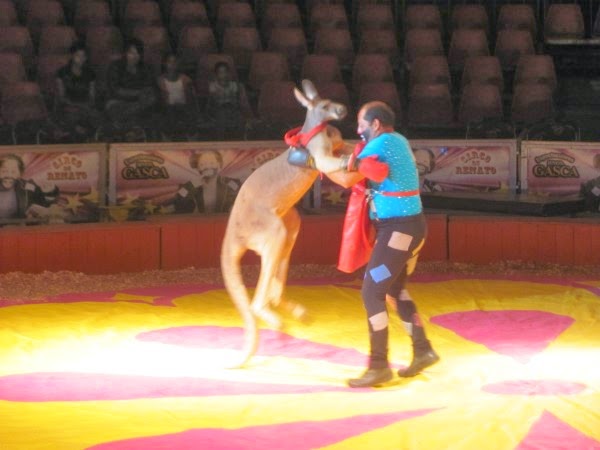 The kangaroo kept kicking him, looked painful.....
perhaps he's had enough of this guy?
The animals acts started the show with Bengal tigers, camels, horses, elephants and even a kangaroo with boxing gloves to delight the crowds. The crew quickly dismantled the animal cage and set up for other acts like trapeze artists, clowns, motorcycles in a cage, daredevil acts and so much more. I'll let the pictures tell the rest of the story since Clyde took a bunch.  And once again we were the only white faces in a crowd of Panamanians, as we enjoyed a fun night under the big top.....along the gringo trail.
at March 28, 2014