Carnival, Valentine's Day And Another Year Together.....

When my romantic husband planned our wedding some 11 years ago (yes he really planned the whole thing) he choose to do it on Valentine's Day.  Being a guy his thinking was that he'd never be able to forget our anniversary since the whole world would be celebrating too. The stores would announce our special day months prior to it with hoards of candy wrapped in red foil, flowers, stuffed animals and mugs with teddy bears poking their tiny heads out proclaiming, "I love you," to the world. But then some years later we moved our lives to Panama where Valentines Day is barely celebrated, if at all, causing curious Clyde to contemplate and come up with a new plan. 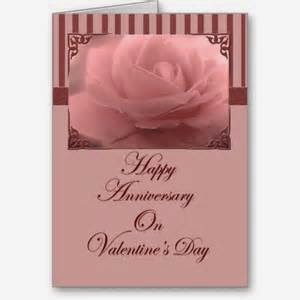 But this year Valentine's Day fell on the very first day of Carnival, a huge country wide celebration that literally shuts down the roadways. Thankfully though, some blog followers, now friends visiting from Albuquerque, New Mexico offered to take us out for dinner the week prior the big event which served as an early anniversary dinner.  Since we hadn't been there in a long time we choose a restaurant called Los Camisones (translated means "nightgowns or large shirts") .  After further investigation it turns out that Mr. Camison owns the place so it's just basically the owners last name.  But anyway, we enjoyed what was by far.....the best meal we've had in Panama ever......seriously!  I choose the corvina (a local sea bass) smothered in a white sauce with mushrooms and shrimp that was absolutely scrumptious.  For a side I picked papas pure (aka: mashed potatoes).  Clyde and our friend Brent had the mahi mahi that was served with the same white sauce.  Brent's partner Kat had lobster which she said was wonderful too. A wonderful pre-Valentines - Anniversary dinner with great friends who are perhaps, maybe now, talking about retiring to Panama someday. 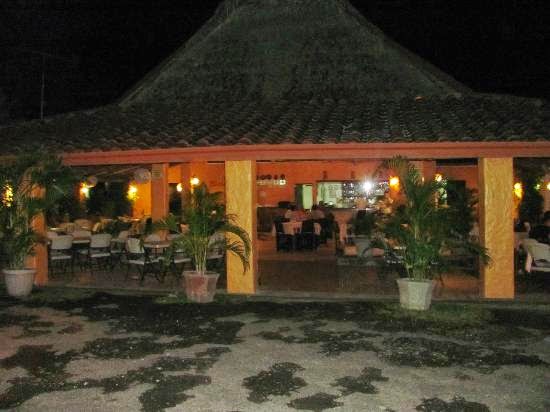 
With Carnival comes the crowds that flock to their beach homes nearby, packing the highway with grid-lock traffic.  Gringos like ourselves tend to hunker down at home for the duration of the whole event.  Our first year in Panama we went out to partake and party hardy with the locals since we lived within walking distance of a huge street party.  Other years we stayed close to home, put in the earplugs at night to drown out the loud music and made the best of it. This year surprisingly has been rather quiet in our neighborhood even with the increase of more people.  Our home is surrounded by weekend homes that tend to stay vacant except on big holidays like Carnival.  Nearby homes are loaded up with locals celebrating their days off by lying in the sun, swaying in a hammock and drinking way too much cheap beer. Yet still the music and merriment has been minimal which makes for a nice tranquil time at home.

On Friday we hit the store before the crowds arrived from Panama City.  We stocked up on basic items trying to avoid the need to run out in the midst of the heavy traffic.  On Saturday the 14th I melted some white chocolate and dipped some over-priced fresh strawberries into the sweet mix for a special Valentines treat. Not everything is cheap here in Panama and since strawberries don't grow here (or at least not that I know of) they tend to be pricey since they're imported from California.  We paid $6.68 for a package of strawberries that would probably sell for $2.50 in the US, depending on the time of year. I did manage to find a container of "Dolci Frutta" white chocolate specially packaged for just such an occasion for around $3.50. Actually this is the first time I ever bought fresh strawberries in the almost 4 years we've lived here now.  We do buy the packaged frozen blueberries and strawberries from Price Smart, a warehouse club in Panama City to add to our morning yogurt. though. 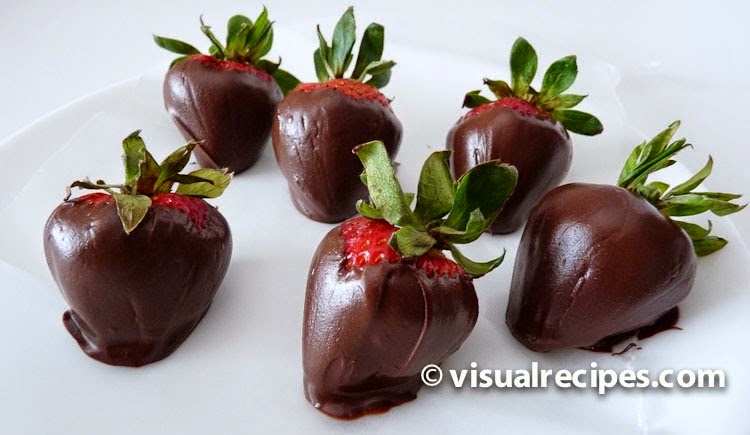 The Chocolate Version Of Ours
﻿

And for anyone interested in what's behind Carnival, it's basically a huge street party of floats, large water tanks that hose down the crowds and play loud music, lots of booze, food and more.  The basic premise is a competition between a Carnival Queen from two different streets of the same town.  There is Calle Arriba (High Street) and Calle Abajo (Low Street). Both attempt to outdo the other with floats, music, costumes, parades and partying for the whole 5 day event.  It's a fun time that's enjoyed by families with kids of all ages celebrating right next to their parents.  Most businesses shut down for the duration of Carnival allowing locals some much needed time off to spend with their families. 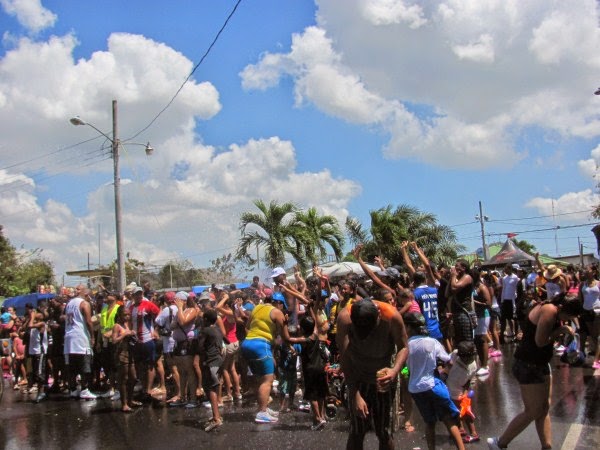 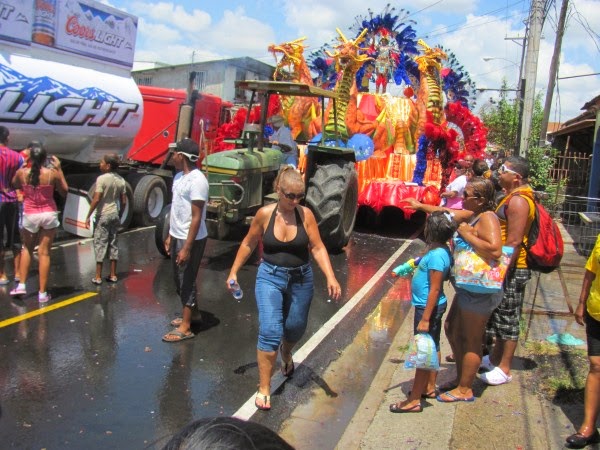 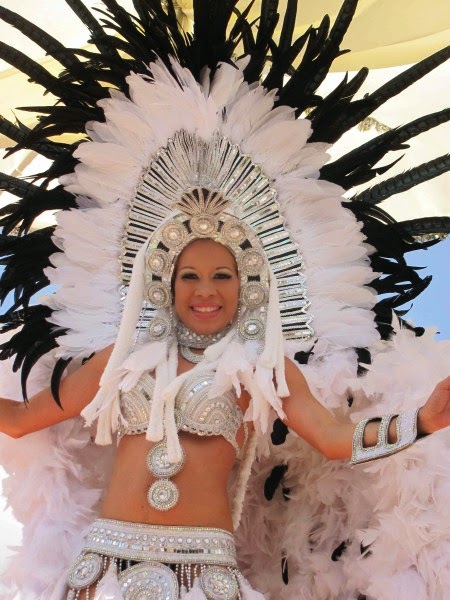 A Queen On Her Float 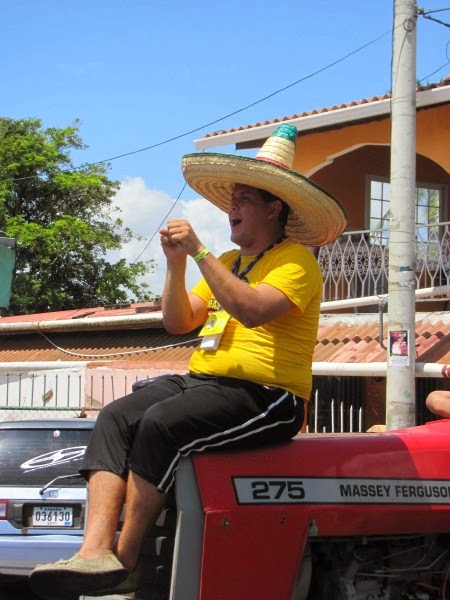 This Guy Must Think He's In Mexico Not Panama 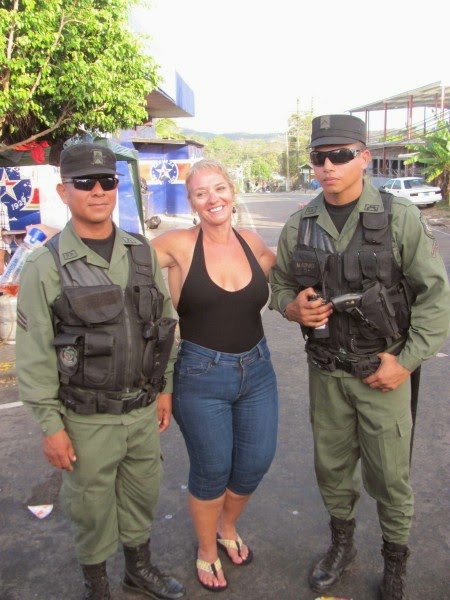 Posing With The Police In 2012 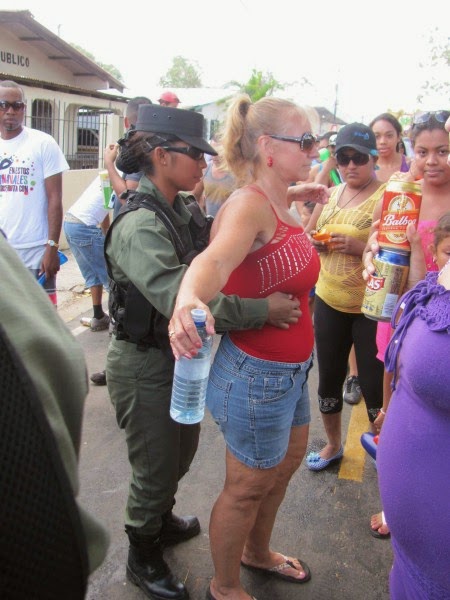 But I Want The Male Police Officer To Do This 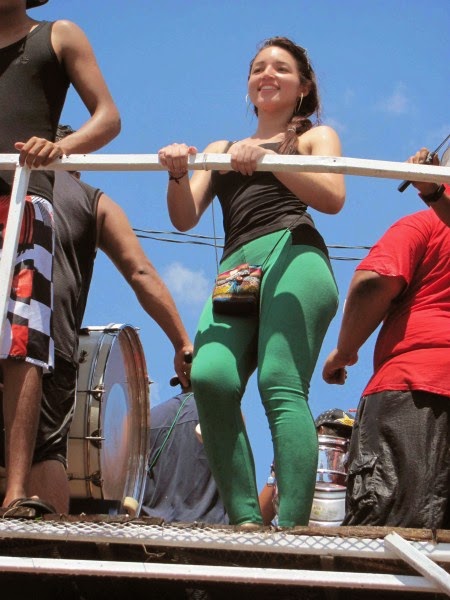 People On A Float 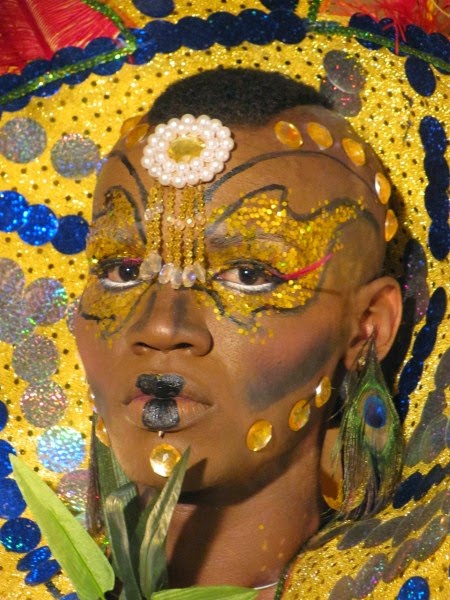 This Is A Real Person 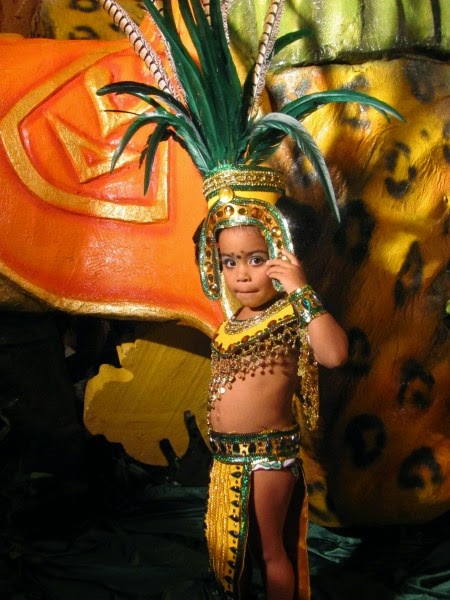 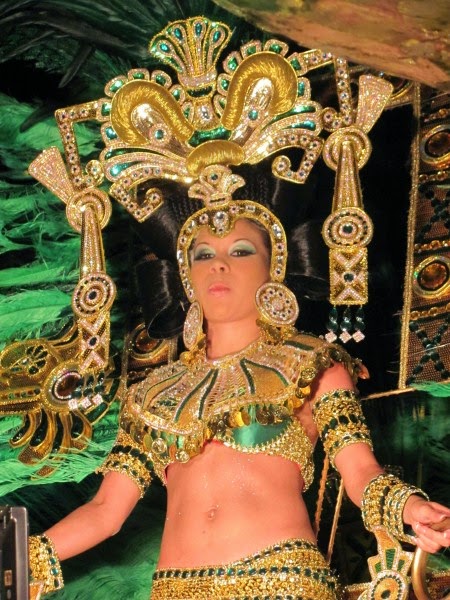 So here's to another wonderful year spent having fun with my good looking husband Clyde.  He is my partner in adventure and my best friend who continues to love me, make me laugh, puts me on a pedestal, treats me like a Queen, and is willing to follow me anywhere.  But then again I did follow him to Panama for a retirement full of adventures and fun......along the gringo trail.