Sometimes I think my life is just one long search to find the perfect something.  That perfect pair of shoes that are comfy yet cute.  The perfect pair of jeans to make my butt look amazingly lifted and luscious. The perfect beauty products to make me look ten years younger and wrinkle free.  The perfect furniture and accessories to make our house look like a page out of Home & Garden magazine. The perfect kitchen gadgets to make every meal taste like something out of a five star restaurant. And the perfect kitchen towel that actually dries off the dishes instead of just pushing the water around. Yes you read that correct, some of us obsesses about finding a kitchen towel that actually does the job it's supposed to do. And no matter what country you live in, buying new kitchen towels that are absorbent from the get-go, is no easy task.

Don't get me wrong there are plenty of dish towels out there in the stores in all colors, sizes and prints but none seem to absorb any water until they're old and falling apart. So anytime, anywhere we'd walk into a store I'd be on the lookout for the perfect towel.  I'd always sneak away from Clyde and walk down the aisle with kitchen wares to fondle the towels. Usually my fondling left me disappointed until  last week.  Clyde wanted to make a  trip to the Discovery Center, a store with a peculiar mix of all sorts of things located in Panama City.  While he went to look for things for the garden I roamed around the store. There on the back wall in between pads for industrial floor buffers and heavy duty shop vacs hung a section of dish towels.  As usual I fondled them all until I found one on the top row that looked different.  It was a two-pack of waffle weave, micro-fiber towels in solid colors.  I had to get a roll of contact paper from a nearby aisle to knock them down since they were out of my reach. Once I had them in hand I read the writing on the label that was in English and it said "super absorbent, quick drying, non-abrasive and resistant to lint."  Made by a company called MU Home out of China the claim on the label seemed intriguing.  The price on the label was  $9.99, in other words $5 per towel, but IF they really worked it would be worth it. So I bought a pack along with our other purchases and off we went. 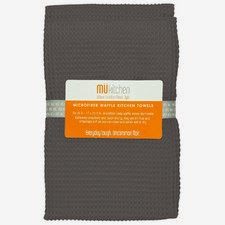 
A few hours later after arriving home I was eager to try out my new towels.  Quickly, I wet a few dishes and put one of the towels to work. I was amazed at how efficiently the towel dried off the water completely.  I hung the towel to dry on a nearby hook to see IF the towel itself would dry off quickly in this extremely humid environment. Since we live in such humidity towels here DO NOT dry unless we put them in the dryer after each use.  But a while later the kitchen towels seemed dry, once again living up to its claim on the label.

So impressed I wanted to make the 90-minute drive again into Panama City to buy more of these wonderful towels, but I knew that would be silly.  But a few days later on the weekend my tech savvy hubby was talking about maybe buying a new camera for an upcoming trip.  He already has several cameras both large and small. The one he says takes the best photos makes him stand out in a crowd looking like a Japanese tourist on holiday. You all know what I mean since we've all seen them out there at tourists spots. Their cameras usually weigh more than they do as they position their families in front of famous monuments to capture the perfect picture. But while a large camera is nice it screams I'M A TOURIST come rob me because I'm carrying money and expensive gadgets. So we thought it would be better for him to carry a tiny camera that can be safely tucked away in his pocket when not in use.  Of course we'll still be tourists and will look like all the rest, but hopefully we'll be a bit more discreet in flaunting our gadgets.

Being the good wife that I am (just ask me I'll tell you), I suggested that we take a drive into Panama City yesterday so that Clyde could look at cameras. He looked at a few locally but before laying down any money I thought it would be best to compare others out there.  And since we'd be in the city anyway.......just perhaps maybe we could swing by the Discovery Center again so I could pick up some more dish towels.  Clyde was all too willing to oblige so we hit the road for a day out. 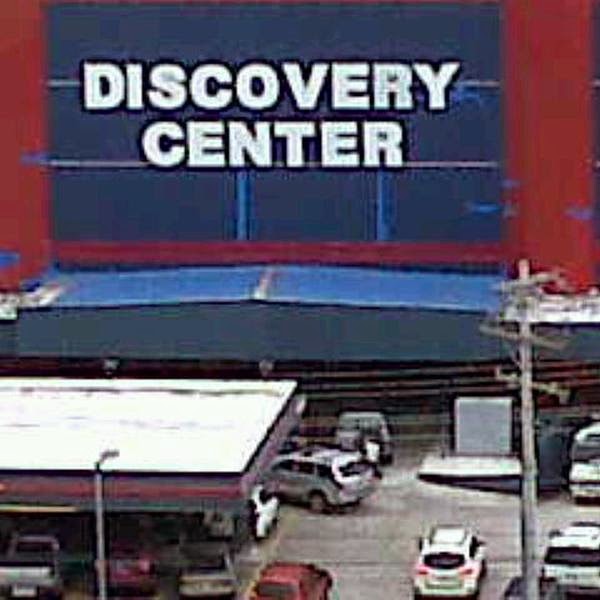 Would You Ever Think This Was A Store? 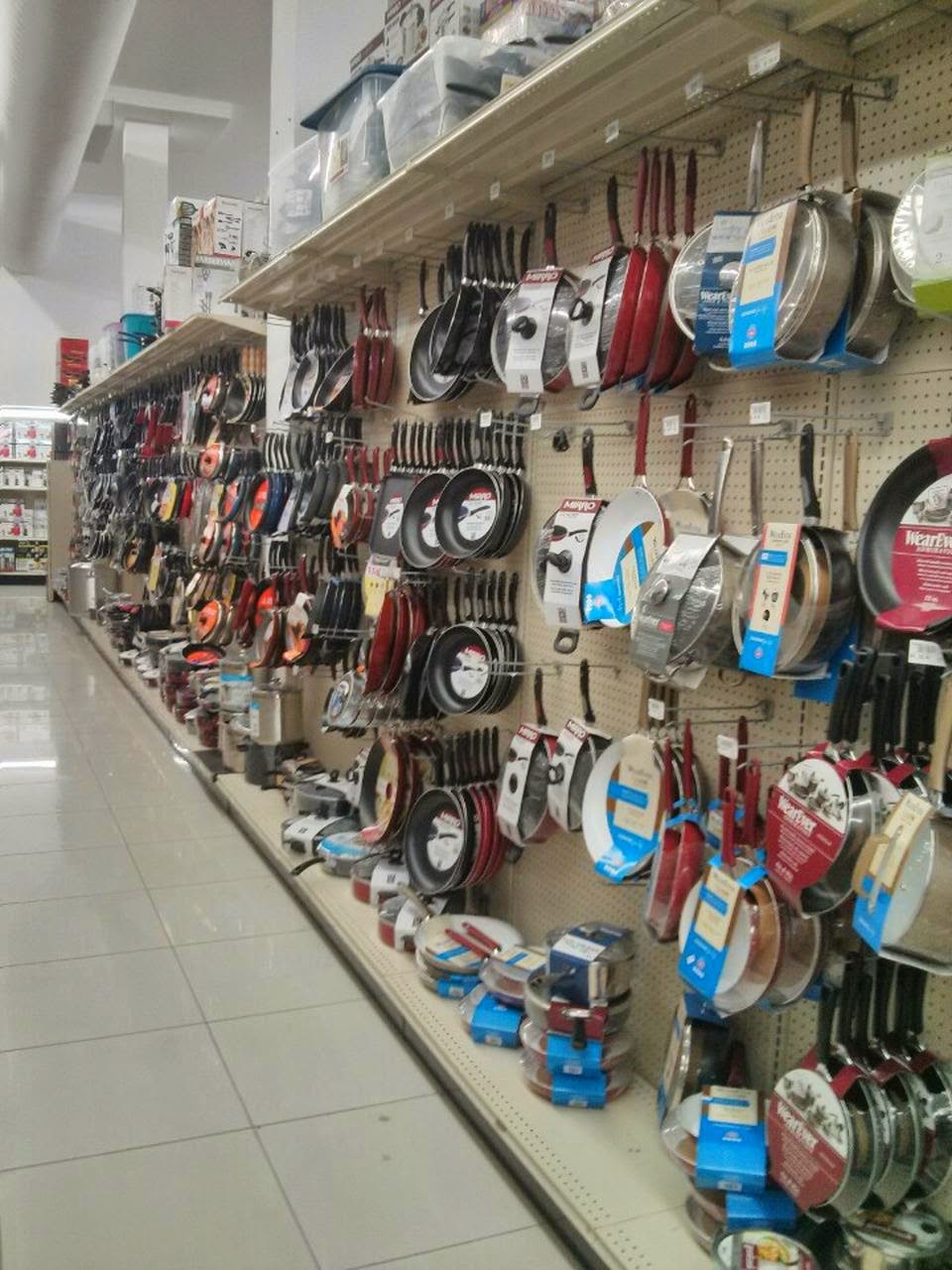 When we first moved to Panama we bought a mop with removable, washable heads that I just adore. Soon after I bought another mop stick along with additional mop heads since I tend to use more then one while cleaning.  But over the years of excessive cleaning I broke the stick several times
and Clyde's had to fix both of them. And no I didn't break them from hitting Clyde over the head or from riding them during the full moon on Halloween.  So yesterday HE suggested that we stop at one of the many Do It Centers to find another mop stick.  I had my doubts since I'd already been on the lookout every time I passed a mop aisle, again always searching for something.  But to my surprise this particular store DID have the mop handles and each came with an extra head. And for only $5.99 each we picked up a few to make me happy. But as we were checking out of the Do It Center the light bulb went off and I had an awakening.  Clyde was going to get himself a brand, spanking, new pocket camera to add to his collections of gadgets, while I was getting a mop and dish towels. No wonder my cheap husband was willing to indulge me in spending money on cleaning gadgets when he was getting a more expensive toy. And since our anniversary is only a few weeks away perhaps he's given me my gifts already and surely he's received his.

Panama's Version Of The Home Depot 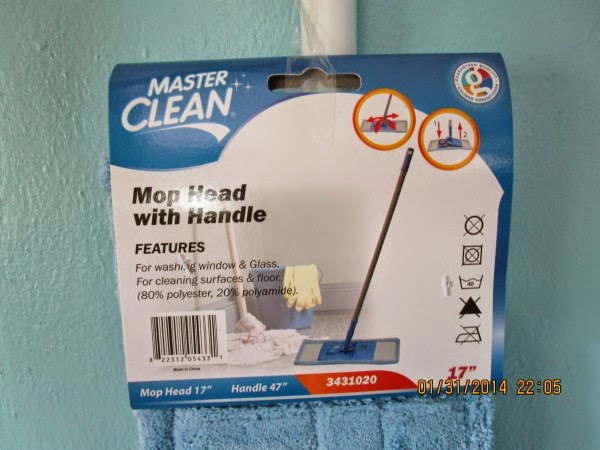 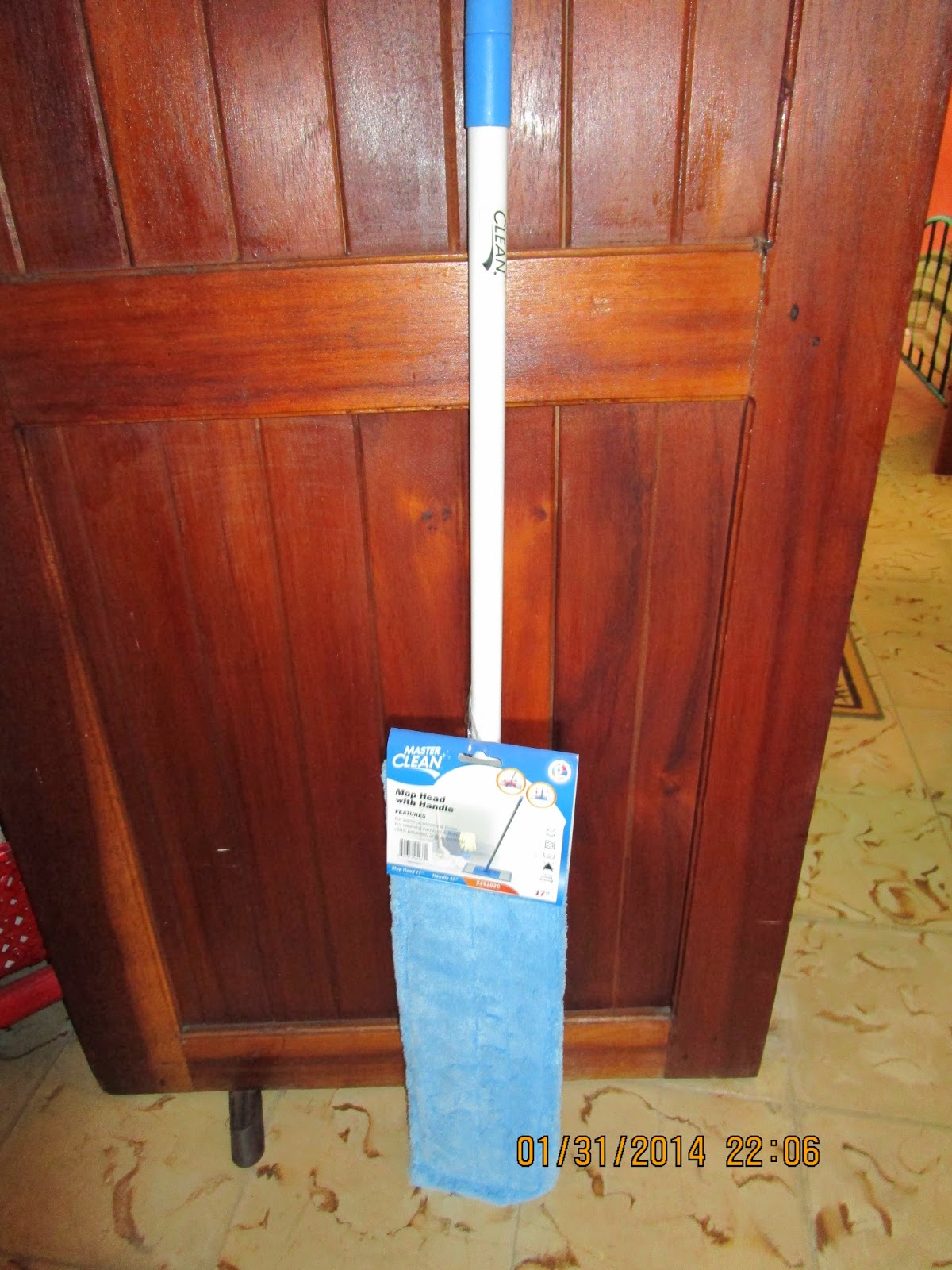 Another View Of My Friend 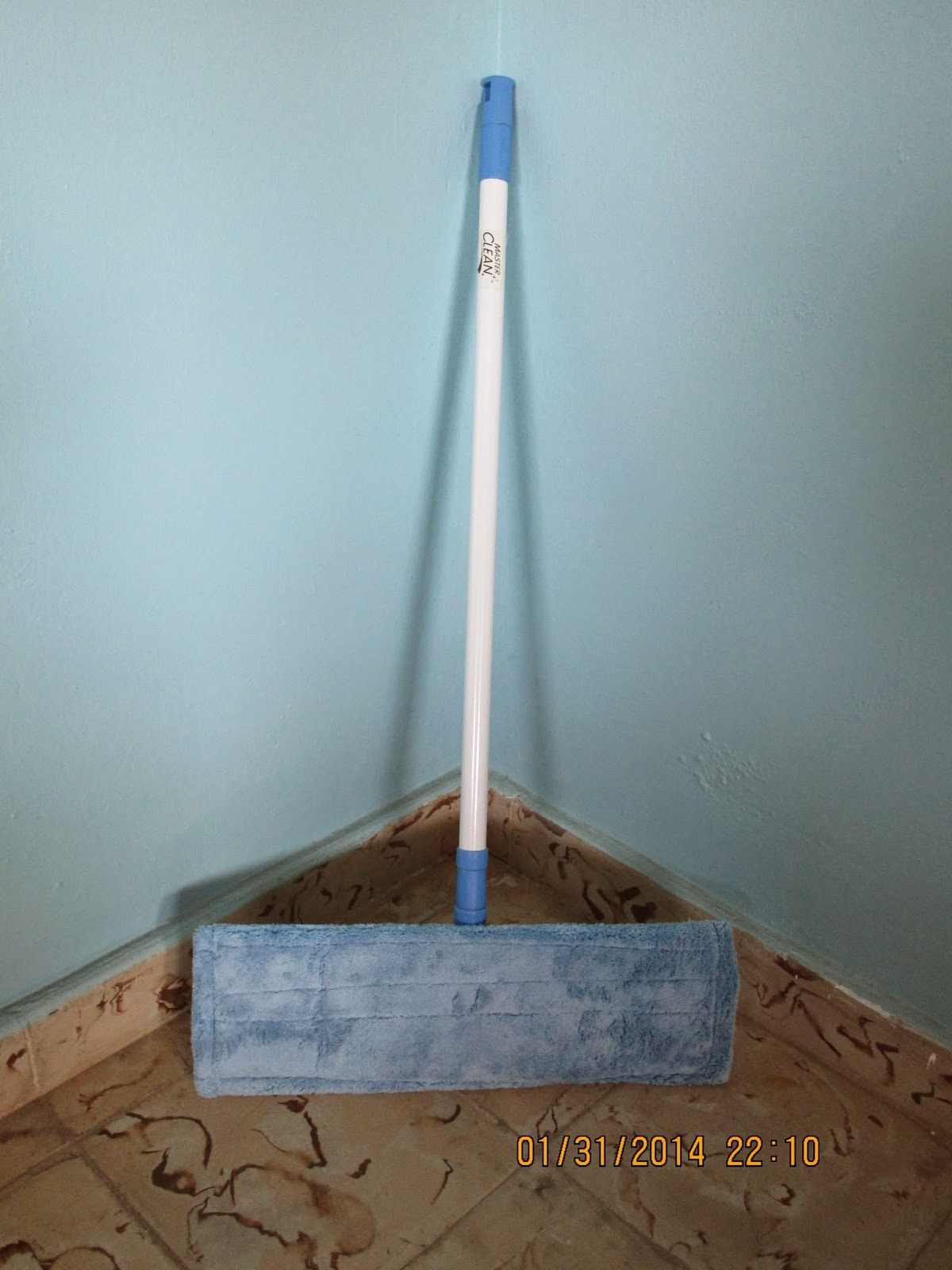 The Heads Are Easily Removed And Washed Out

He decided on  a camera from one of the many Panafoto stores in Panama City. Similar to a Best Buy in the states, this electronics superstore is a bit different.  Clyde picked out the camera from that department, serviced by a clerk standing behind the counter.  With no product in hand he was to go pay for the item at the register by giving his name to the cashier. Once she typed in his name his purchase showed up and she knew what to charge him for it.  Next he was to go to "entrega" where he would pick up the camera. The clerk behind the camera opened the box and showed him what was included inside. A manager sat beside him watching the whole transaction making sure Clyde received all that was included with the purchase.  In the meantime the power went off and we were all left standing in the dark. As Clyde signed for the camera he could barely see the line to write his name.  But since power goes off frequently here in Panama, the store stayed open and people shopped as usual, as if nothing had changed. My dear husband just reminded me that it WAS MY IDEA for him to look for a camera. So he knew I must REALLY want those towels! I just didn't want him to look like a Japanese tourist! 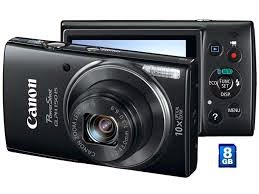 So there you have it, another day of exciting adventures that left us fulfilled in our wonderful retirement years in Panama.......along the gringo trail.