No matter how many times we see the Panama Canal we're still captivated by this modern marvel of engineering.  Just imagine coming up with the idea of cutting through the entire country of Panama, building an artificial lake, and creating a set of locks to move a ship from one ocean to another.  The American Society of Civil Engineers named the Panama Canal one of the seven wonders of the modern world making it a "must see" for everyone that visits the isthmus of Panama.

We recently had the opportunity again to show some new friends around Panama City, with our first stop being the canal. Making our way there by 9am on a Monday morning, the crowds were minimal and we had great views of three ships making the transit. If you recall it was last year sometime that Clyde and I had the opportunity to transit the canal ourselves on a 42-foot catamaran with two Australian couples that found us through this blog. See link below for full story of our adventure on the high seas!

The following are photos we took recently on our latest journey to the canal and other parts of the megalopolis known as Panama City, Panama. Come along with us through photos that tell the whole story.....along the gringo trail. 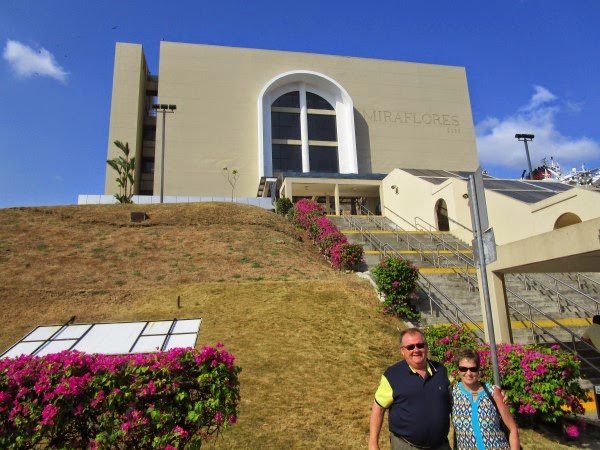 Warren and Colleen Visiting From Canada 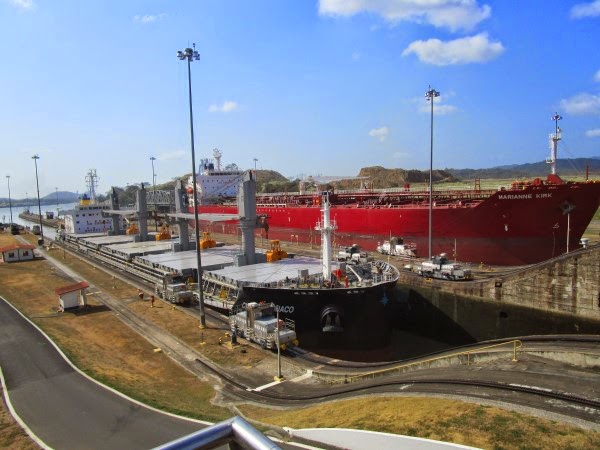 A Ship Entering A Lock 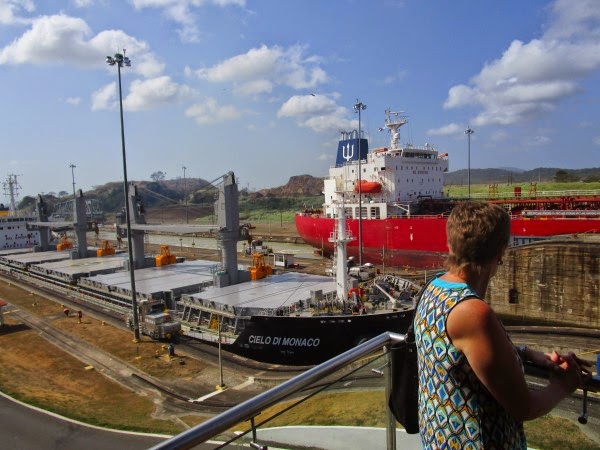 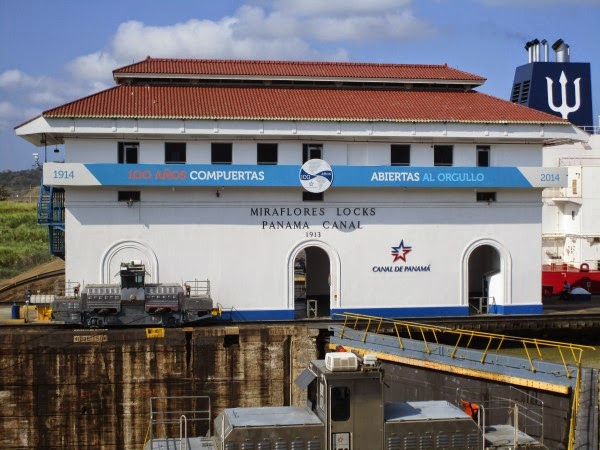 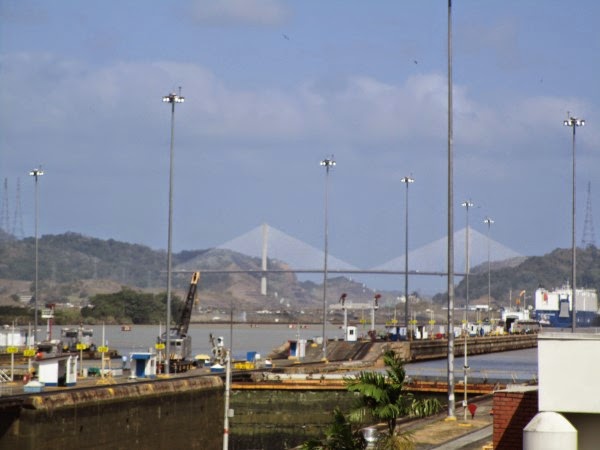 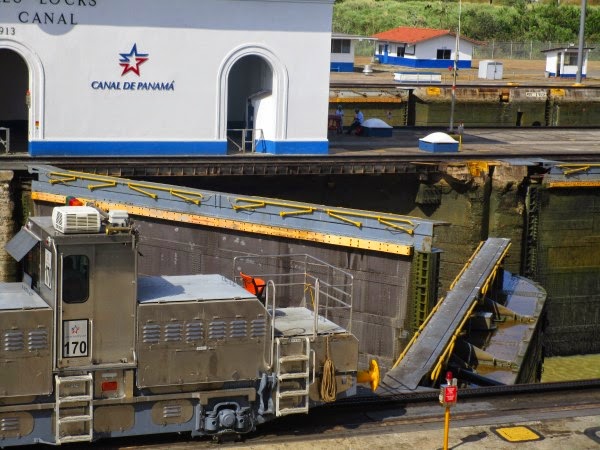 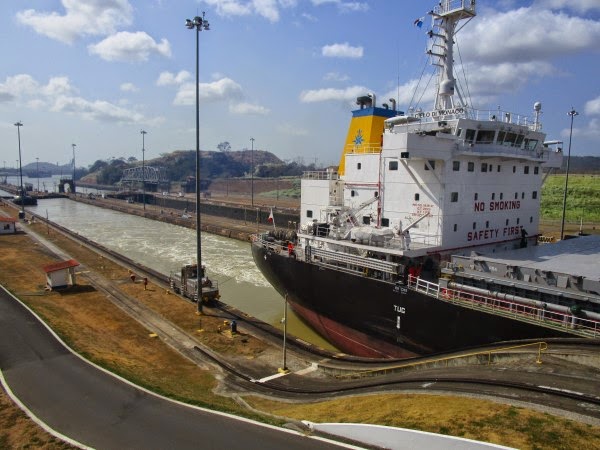 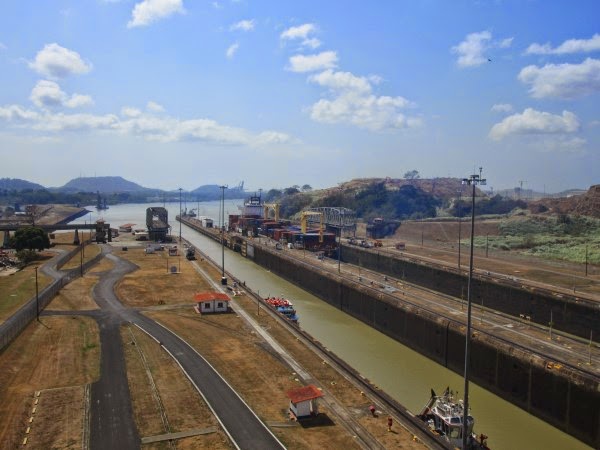 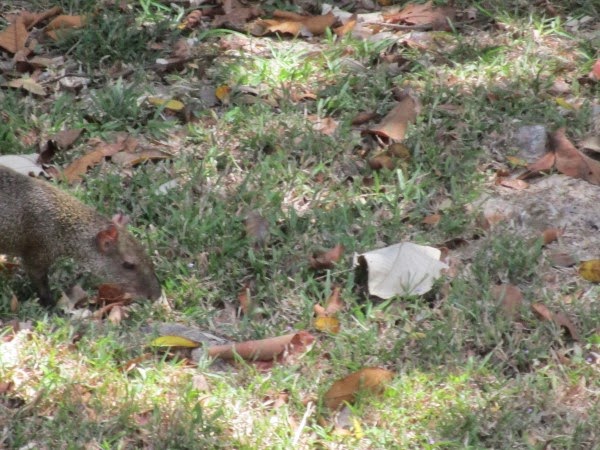 A Critter Spotted On The Hilltop
Perhaps.....A Capybara? 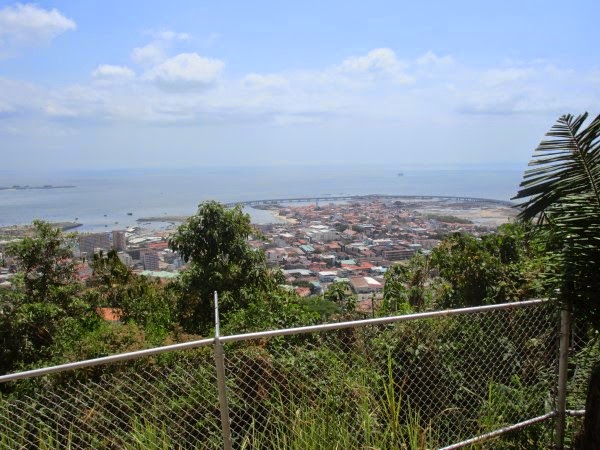 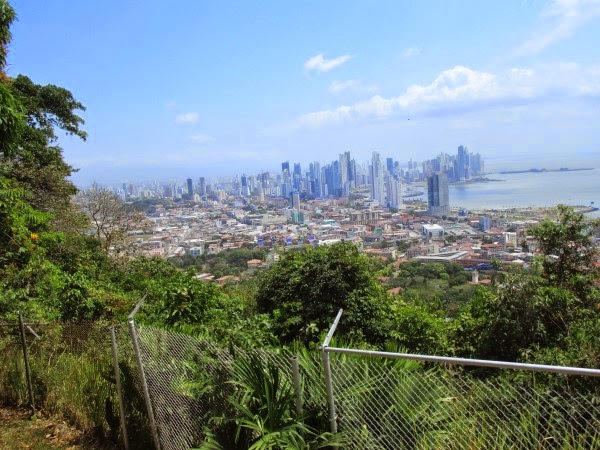 Another View of Panama City 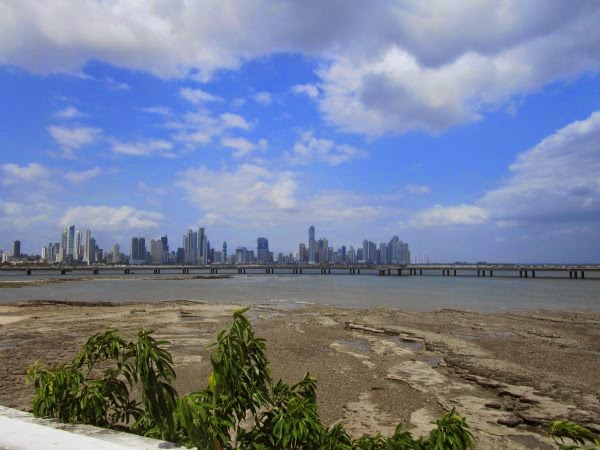 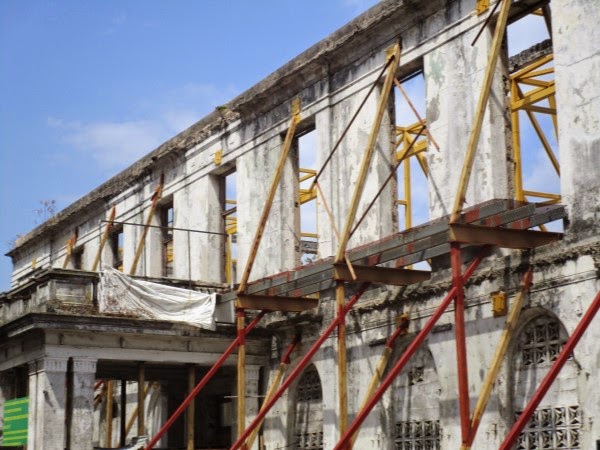 Casco Viejo - The Old Part Of The City And Renovations 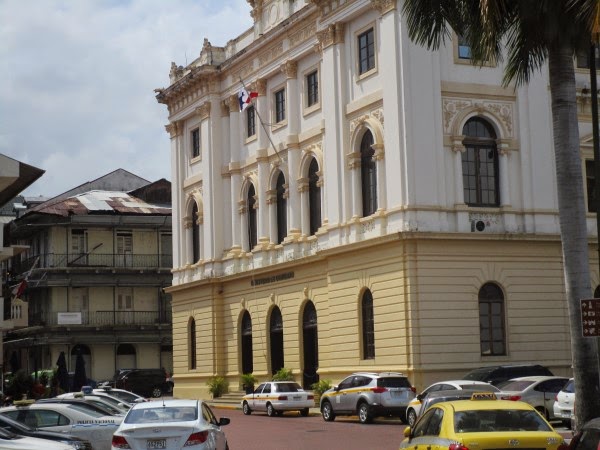 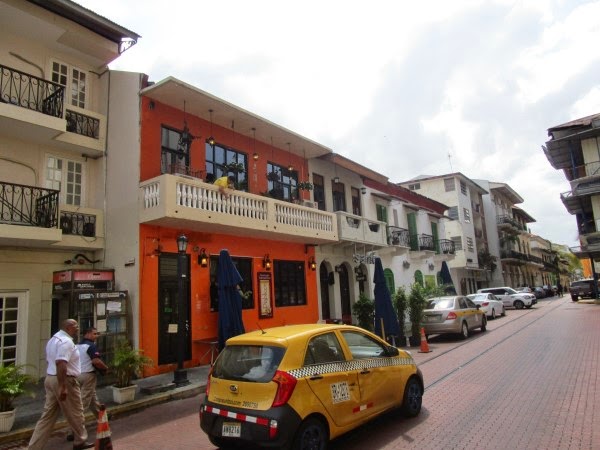 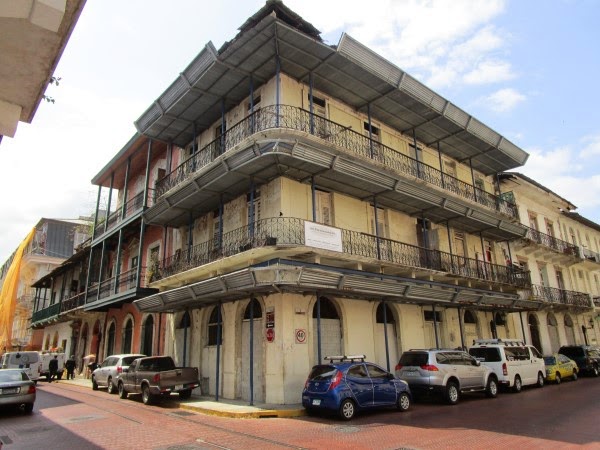 A Young Man Helped Us Park On The Curb Like This 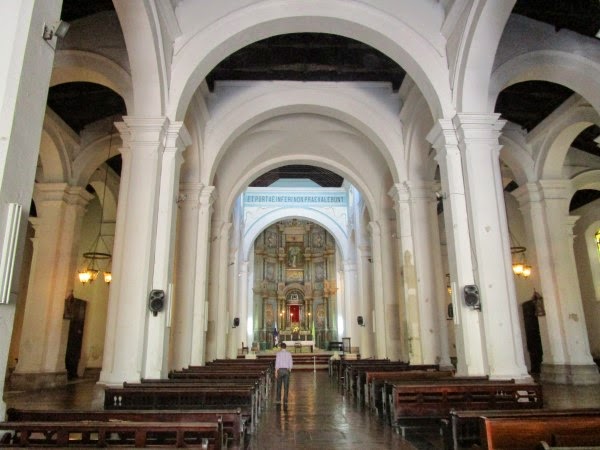 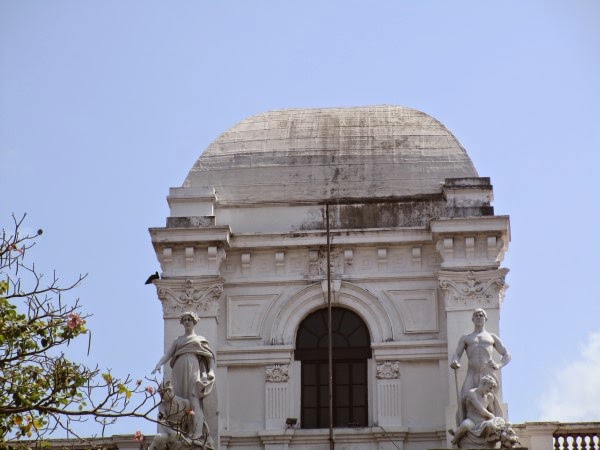 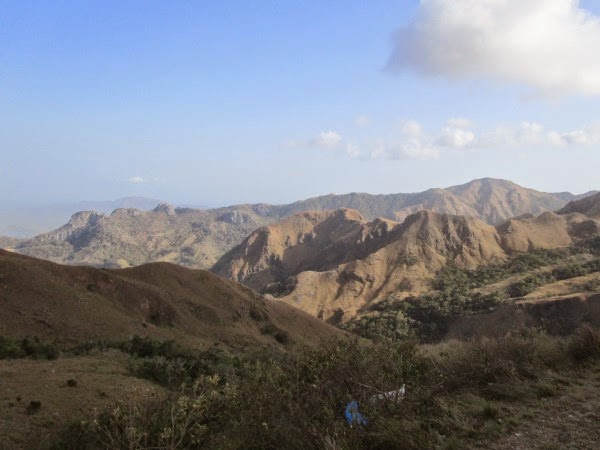