Sharing The Dream Of International Living.......

Once again this year I was asked by International Living to speak at their Fast Track To Panama Conference.  If you don't already know International Living is a large publication that shows people how to make their dream of moving abroad a reality.  This is done through seminars, a magazine, website, books and other material offered up to the public.  With over 400 attendees from the US and Canada we shared our story with many who stopped by our table in between listening to others' speak. International Living videos the whole event which is then given to attendees to have for future reference also. 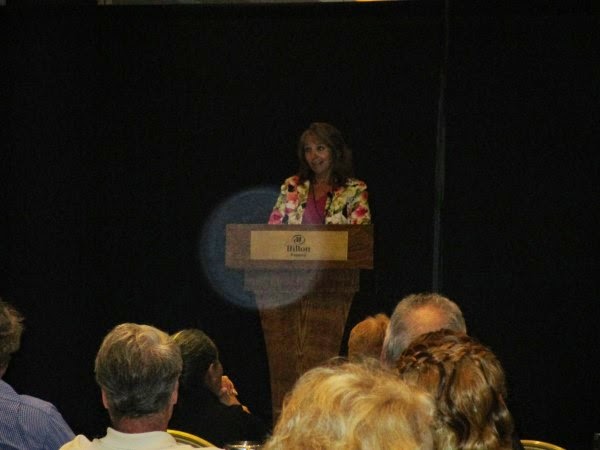 Sharing Our Story With Over 400 Attendees


The Exhibit Hall was full of others offering up all kinds of services from real estate, insurance brokers, lawyers, doctors and even members of an indigenous Indian tribe selling handicrafts. The crowd was overloaded with great information from speakers with power point presentations which covered all aspects of life in Panama. Attendees really seemed to appreciate the honesty of the expats like myself that are here living the dream. All of us that spoke mentioned the not so perfect parts of life here like water and power problems; spotty trash pickup; the laid-back work ethic of service workers and so much more.  Life isn't perfect anywhere and everyone needs to realize that before jumping in and making the move. But each and every expat speaker also conveyed the message that despite the quirks of Panama we have no regrets and don't plan on moving anytime soon. Notice The Power Point Presentation To The Left
﻿

Throughout the conference there was a never ending supply of water, coffee and snacks before ending the day with adult beverages and more socializing. A VIP party on Friday night was held at the elegant Waldorf Astoria Hotel.  Alcohol was flowing freely as was an assortment of finger foods while the Rollers Rock & Roll band entertained us. Clyde and I danced the night away with many new friends that we made throughout the event. 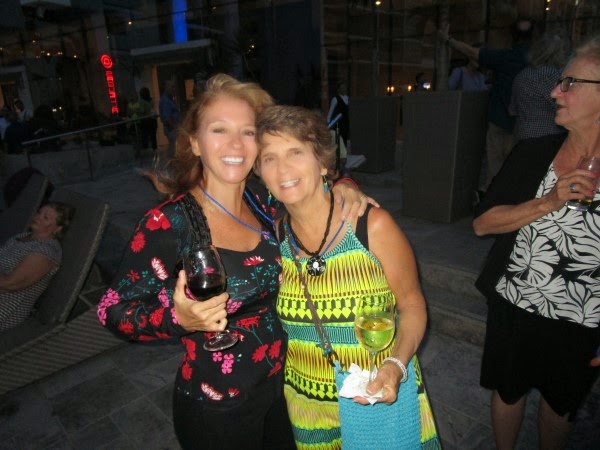 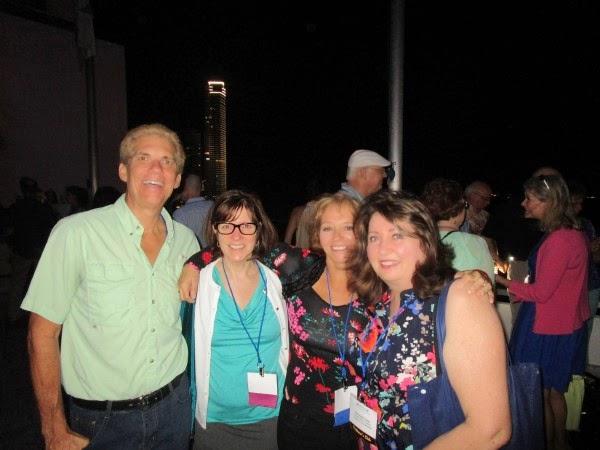 Also at the same time Panama City was in the national news regarding the famous Summit Of The Americas.  Leaders from all over the world converged here to discuss worldly matters causing the need for maximum security throughout the city. Major highways, streets and bridges were blocked off during the Summit with a stronger than usual police presence everywhere.  Cavalcades of limo's whizzed by the hotel surrounded by sirens screaming from police cars that encircled the entourage.  Normal traffic was no where to be seen as the city resembled a ghost town.

Some unknown dignitaries also stayed at our hotel as we noticed the occasional pack of secret service agents walking by donned in dark suits.  Certain elevators were off limits to us as they were for held for world leaders who were privately whisked away from lurking crowds.

We made our way home late last night after sipping cocktails at a poolside party before leaving the hotel. A huge thanks to the staff of International Living for hosting such a fun, informative event and allowing me once again to be a part of it.  Never did I dream that someday I'd be speaking in front of crowds of people, perched on the edge of their seat wanting to hear what I had to say. It's been a honor to share our story as both a writer and speaker for International Living throughout the past four years. And to think it all started here through this blog and the great following that it's developed.  I've really come to believe the saying that there really are no strangers out there, just friends that haven't yet met. Here's to more international adventures of living the dream in Panama......along the gringo trail.
at April 12, 2015