Portugal....Why Are We Here Seeking Residency?

For those of us that travel the world, change is just part of our everyday lives. Each new country we visit or live in brings new challenges, new opportunities to grow and new wonders. On August 14th we landed in our second adopted country of residence, Portugal. 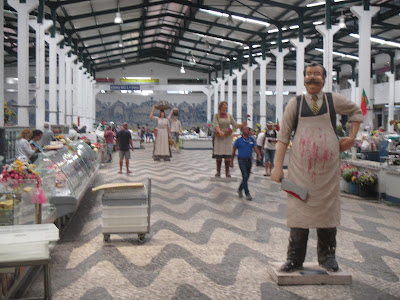 We smile in excitement each time we realize that we are not only visiting but we actually can say that we live in Europe. How cool is that! 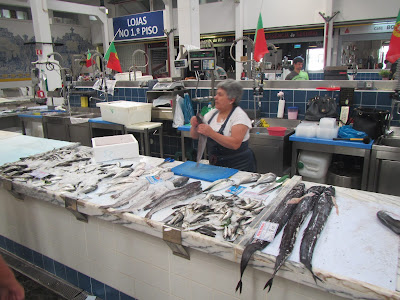 Since we first settled in Panama eight years ago, we have learned a whole lot about living abroad, which is making this transition a bit easier. As I think back to those first few days in Panama when I was literally terrified to look at anyone, for fear that they would speak to me in Spanish. I walked around with my head hung low, hoping and praying that no one would see me. As the years went by and I learned more and more of the language, I welcomed the opportunity to chat with people in Spanish. 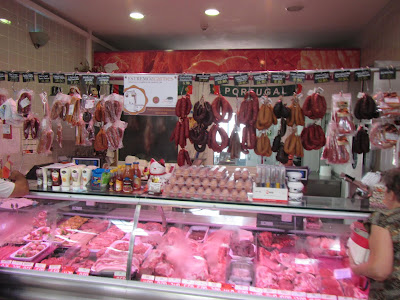 So here we are eight years later, learning European Portuguese, not to be confused with the Brazilian version which is different. The good news is that many of the words are similar or identical to Spanish, but the pronunciation is totally different. A few months ago we started learning European Portuguese while house sitting in Egypt, since we had plenty of time. And we have signed up for private lessons with a teacher here, along with online self study. 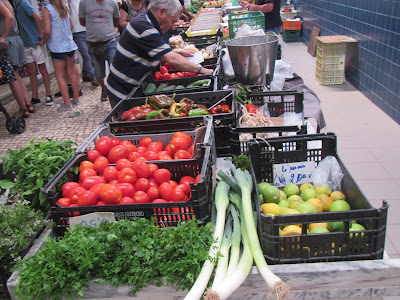 It is because we took the time to learn Spanish while living in Panama that our transition to learning Portuguese is so much easier. Even during our first few days here, I did not feel that same degree of panic that I had back then. All I needed to do was tell myself, "if you can say it in Spanish, then you can say it in Portuguese," and just alter the pronunciation a whole lot. All of the Portuguese people tell us that they understand Spanish but the Spaniards do not understand Portuguese. 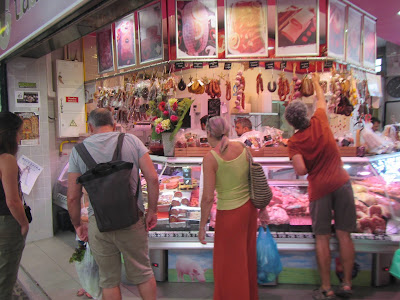 Portuguese is a strange language where many of the s's take on a shhhh sound, and m's are nasal and sound like n's. Contractions are mandatory unlike in English where we can or can't use them, creating strange new words that are confusing to the learner. Vowels tend to be dropped unless they are stressed with accent marks or other symbols, that we have never seen before. The letter x is commonly used and can be pronounced in 5 or 6 different ways. Nao is "no" and "no" is a contraction meaning, "in the" which we continually read as NO and have to correct ourselves. When listening to the language we must realize that each word is NOT pronounced but instead strung together with others. Como estas , (how are you) becomes, com stash. Enough about the language. 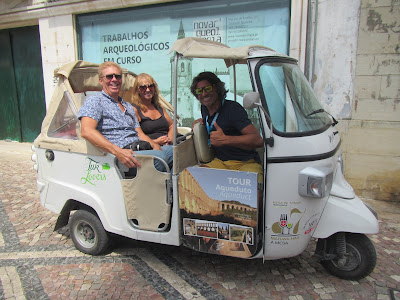 Why are we in Portugal seeking residency? Have we stopped traveling and are we settling down now? Not at all, but instead by having a home base here it will allow us to travel lighter, not taking all that we own everywhere we go in the world. 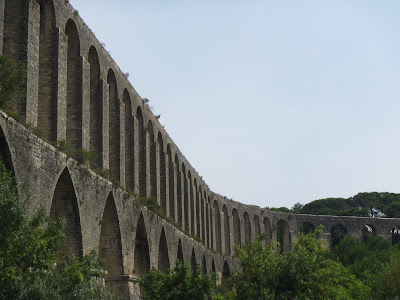 
Portugal is one of the safest countries in the world, with low-cost, excellent healthcare, a moderate climate, warm, welcoming people, first-world infrastructure and a low cost of living.  And it is one of the easiest countries in which to obtain residency in Europe that will allow us to use the public healthcare system free. And on top of that we can buy health insurance cheap that will also allow us to access private hospitals and doctors at a low prices. 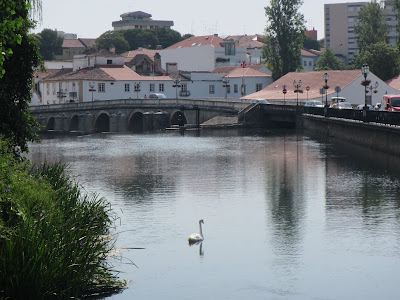 
But in order to fulfill our residency requirements, we do have to show proof that we are living here at least six months out of the year. The first part of our residency is only good for 4 months, then extends to one year. At the end of our first year we will have to extend it for another two years and so on. At the end of six years we can apply for a Portuguese passport, if we want to but that does require being able to speak and write in Portuguese since there is a test. We have hired a lawyer to help with the residency process although it's not necessary here, but easier. 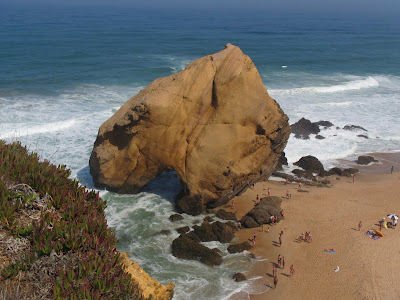 
We are feeling a bit overwhelmed with other decisions that need to be made here, like where to live? Do we want to live in a city, small town, house, apartment, near the beach or inland? 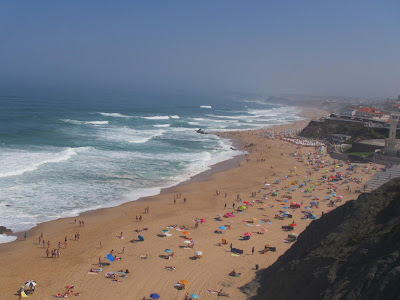 When we moved to Panama we bought a house near a large expat community, hung out with other expats and English speakers, and only used Spanish when we really had to. We hope to do things differently the second time around. 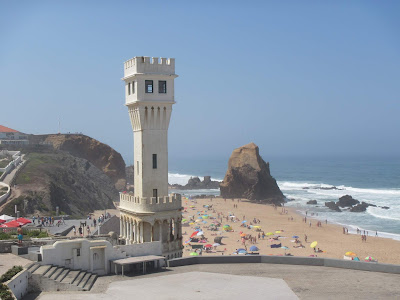 Our goal is to rent a furnished apartment away from other expats, surrounded by non English speakers in order to force ourselves to get out there and speak the language. Because many Portuguese people do speak some English, we have to continually ask them, "fala Portuguese comigo, por favor," which means, speak Portuguese with me please. 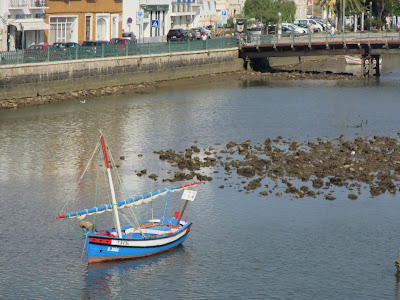 A few months ago we rented a three bedroom condo in Tavira, the Algarve Region of the country for our first month here. Originally we thought that we might like to live in the Algarve because it's warmer in winter and has a large expat community of mostly British, so learning Portuguese is not necessary. But then we changed our minds. 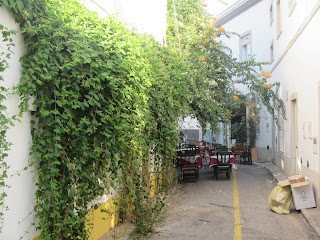 Since we are planning to live in Central Portugal, this week we have rented a cheap, $35 a night, 4 bedroom apartment, in the city of Alcobaca. From here we will be closer to towns that we want to explore as possible locations in which to live. We are looking at fully furnished apartments with anywhere from 1 to 3 bedrooms for 300 to 550 euros per month. 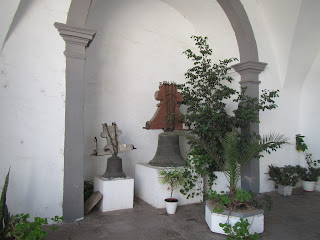 Along with finding a place to live, we need to buy a car, do follow up appointments with our lawyer regarding our residency visa, open a bank account and so much more. So for now our travels will be exploring our new homeland and getting settled. 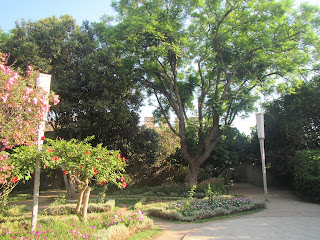 Until next time stay tuned for our adventures of life in Portugal......along the gringo trail.