A rude awakening of drums woke me this morning at 5am.  Someone in the neighborhood was practicing, probably for one of the many parades today, but why this early?  Since today is the first of three Independence Days that are celebrated in Panama, many of the businesses are closed for the week and the locals have headed to the beaches and mountains.  We wanted to go out exploring toward the beaches but traffic was so heavy that we ended up going in the opposite direction to avoid the heavy traffic.

We ended up at Cerro Anton, a hill that sits 650 feet above sea level in Panama City.  Just a five minute drive or a 45 minute walk up the hill offers a breathtaking vista of ships going through the canal, Casco Viejo, and the bay of Panama along with an impressive view of the skyline.  A giant Panamanian flag the size of a basketball court sits on the top of the hill.  For many years a U.S. flag flew in this spot as a constant reminder to the locals of the U.S. presence and power.  Now seeing their own flag gives them a sense of pride in their country.  Our little trek up the hill was totally free and a "must see" for all visiting or living in Panama. 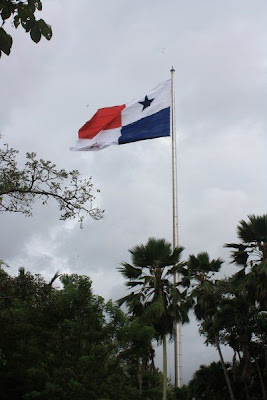 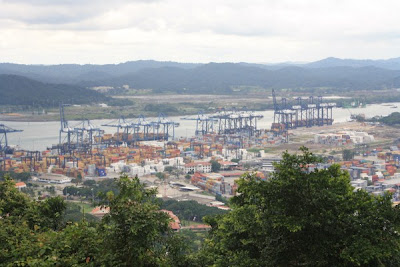 This is the canal and the main Container Port 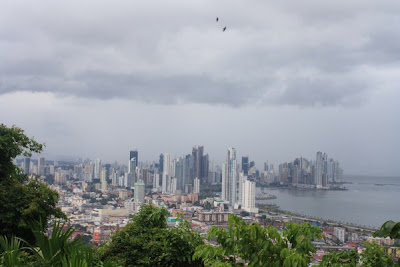 A look at Panama City the other direction 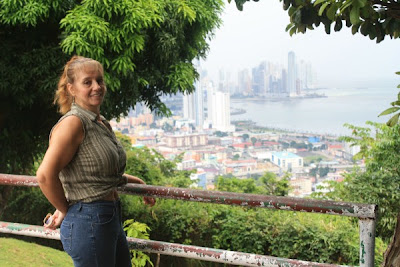 Panama City today was a virtual ghost town and driving was stress free, and the best it's ever been.  We drove by a few parades in progress and noticed band members with crisp white uniforms getting soaked in a passing downpour.  With most restaurants closed we had to resort to good old American fast food, since those were the only places open.  But at least we choose Subway which is fairly healthy, despite the chips and cookies.  But as always we did share the meal which means that we only ate half of the calories.  I was surprised to find Albrook Mall open and full of people, although not nearly as packed as usual.  We browsed around a while before heading home. This mall is huge! 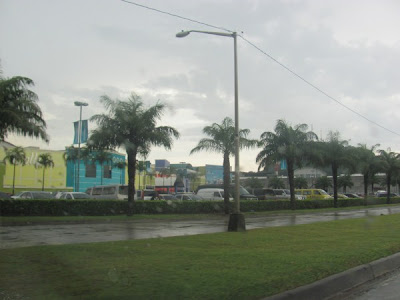 A small glimpse of the outside of Albrook Mall 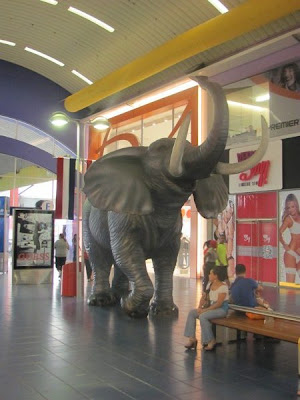 A different animal at each exit to remember where you parked 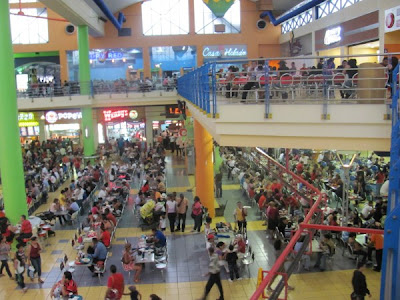 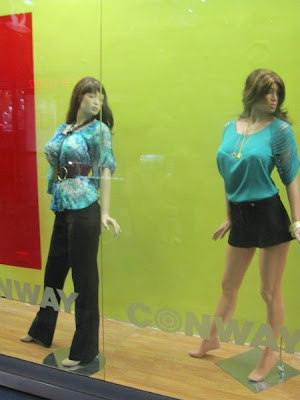 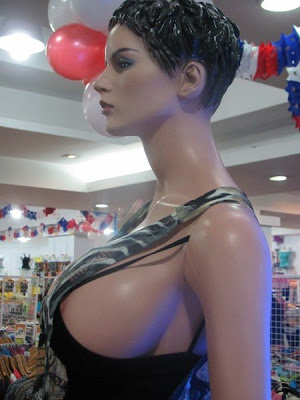 Yes, that is a nipple on the mannequin
(and I did NOT move the blouse)
Now that we've lived here two months we're starting to notice things that we miss from the U.S.  There are no packages of crackers or cookies here since they are all individually wrapped.  Perhaps it's to preserve freshness in this humid, tropical climate?  Wrapping paper is sold as individual sheets of paper for around 30 cents a sheet.  I don't believe that I've seen packages or rolls of wrapping paper here.  Rope is sold by the pound.  There are only small sections of candy, chips, cookies, or any other "junk food" which is probably a good thing.  I looked for cottage cheese but found only one small container outrageously priced.  We noticed only four different brands of cigarettes since Panama is pretty much smoke free and we rarely see anyone with a cigarette. Poultry and meats here are not "pretty" like in the U.S. since they're not injected with nasty stuff and artificial colors. 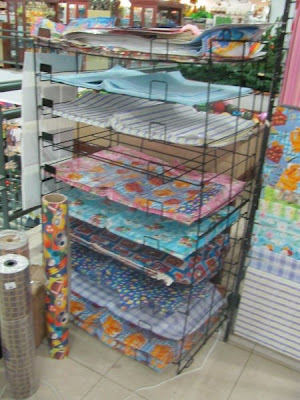 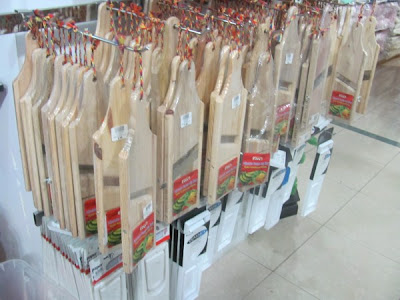 These are for making Plantain Chips 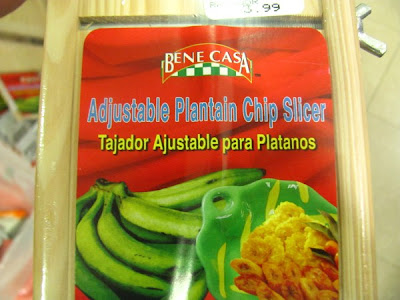 A package of 12 individually wrapped packs of crackers is about $1.60 and the cookies are between 90 cents and $1.50 for the same amount.  Of course we ONLY bought all of these for the photo shoot! 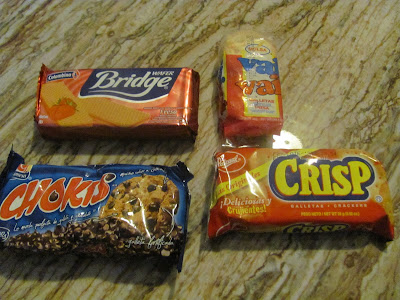 These were immediately "disposed of" after the picture taking
Unlike the malls in the U.S. where stores tend to be pricey, Albrook Mall is where we buy much of our cheap clothing, household goods and other stuff.  In fact it's also where we found most of our furniture and appliances.  The food court has a variety of foods from the typical burgers and fries to sushi, gourmet fish dinners, fresh squeezed juice smoothies, alcoholic beverages and much more.  Most of the food is made to order so it's actually cooked upon ordering.  Despite what seems like miles of stores in the mall now,  they are in the process of expanding it and it appears that it may double in size.  And Albrook Mall is only one of the three major malls in Panama City.  Currently in progress, is also a new mall called Westland Mall that will be in La Chorrera, which is about a fifteen minute drive from our house.  There are more shopping choices here than I've ever had in the U.S. but it takes patience to figure out just how they merchandise and exactly where to find what items.  We're still in the process of learning lots of things here, but we have time and the willingness to figure it out a little at a time....along the gringo trail.
at November 03, 2011