If you remember my last blog about our yearly food basket drop for families with special needs members, this one is sort of a continuation. An organization we're involved with called CASA (Coronado Area Social Association) organizes the annual event in conjunction with a local women named Maribel who opens her home to hundreds of people. Several of the families were not unable to attend the fiesta because they live way out in the interior of the country where no buses or taxi's are able to travel.  So chauffeur Clyde volunteered to drive to these homes along with CASA president Louise and Maribel, who had directions......kind of!  I went along for the ride using it as an opportunity to practice my Spanish, and also since it sounded like fun. 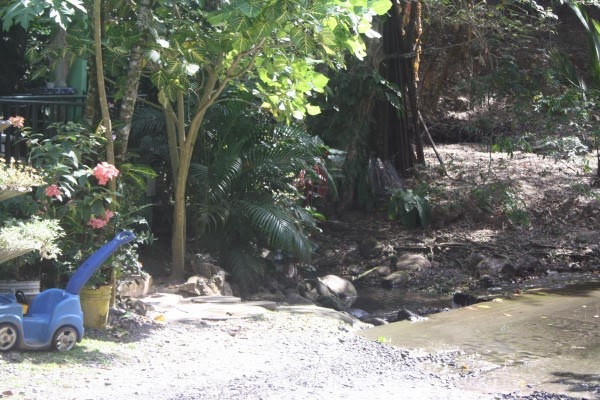 A House Behind A Creek 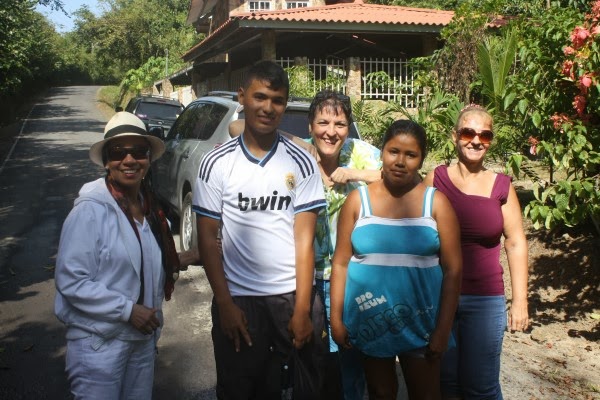 ﻿
Maribel In White, Louise In The Back, Me On The Side And Two Kids In Front

After picking up Louise and Maribel she directed us along the highway and down some long, winding side roads where we stopped to ask for directions. We seemed to be on the back roads of a little village called La Ermita.  Maribel used her cell phone to continually call for more directions to our first stop. We presented the food basket, took a picture and headed to our next stop.  Since things became more confusing at this point Maribel had us follow her contact in his car to the next house. When the man we were following became lost we stopped at a house and Maribel asked the people outside where so and so lived, and they pointed us in the direction once again. At one point we were following a man on a bicycle who pointed out the house and then took off in the opposite direction.  Apparently the person we needed to see was up the street in a beauty salon having his hair cut.  We followed a young lady walking who crossed over a bridge while we drove through a small creek to the salon. The young man receiving the gift came out and once again we posed for pictures before taking off.  Our last basket was presented to a blind man who walked down the road from his house to accept our gift. All of the locals thanked us with big hugs and smiles for giving them these little tokens of niceness. 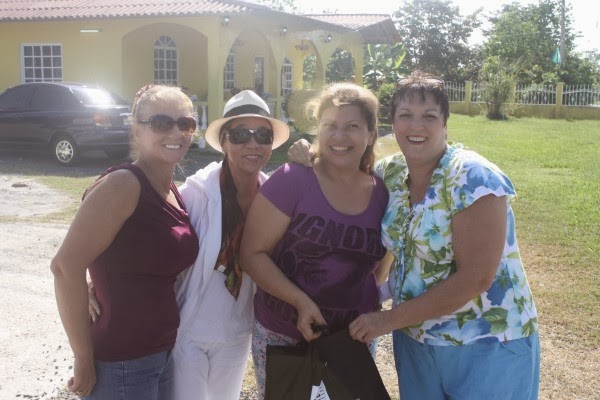 We were only were invited into one of the homes and were amazed at what we saw.  On the large front porch sat an old man in a chair.  Nearby on a simple day bed slept a frail, thin, old women who was perhaps the grandma of the family.  Here in Panama families take care of their elderly and this family was doing just that. The family relaxed while grandma was allowed to sleep in peace outside where Panamanians spend much of their time. We walked through a tiny kitchen and out the back door where a special needs man was laying in a hammock.  He was the recipient of the basket and arose to our intrusion and allowed us to take a picture, before he lay back down. 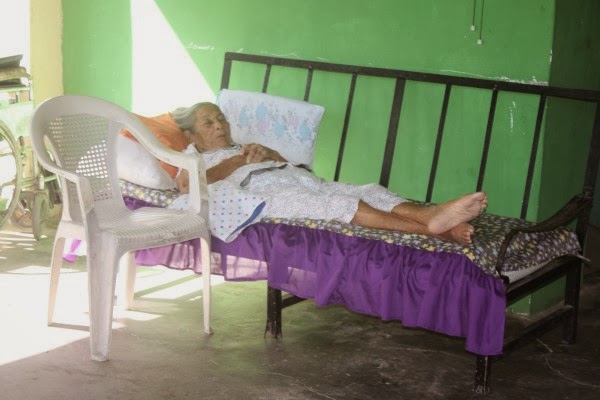 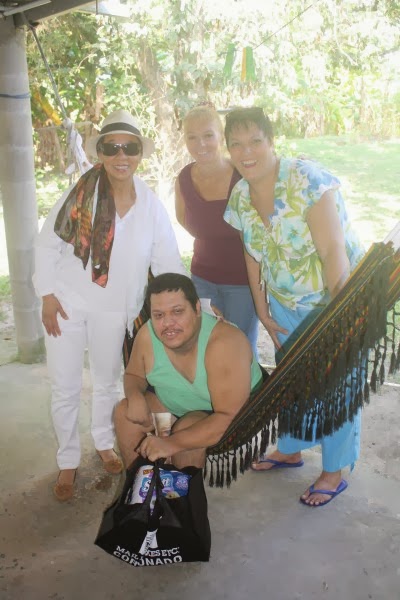 The Man That Was In The Hammock With Food Bag
The family was thrilled to receive the gifts and seemed very happy living in this shack of a home.  For us spoiled gringo's it didn't look like much, but it was all they had and offered them a place to stay. If there's one important lesson we've learned from living in Panama, it's this.  Money absolutely, positively, without a doubt does not buy happiness.  Many Panamanians have little to nothing by our standards, yet they're insanely happy and content with life. They enjoy laying around, drinking a beer or some rum, spending time with family over a simple meal and living life by their terms. They have no mortgages, no car payments since they don't drive, no credit card debt and little need for much of anything.  Fresh fruit grows on trees in their back yard for them to eat. Chickens roam freely and when they need one for dinner they just kill it. They hustle some work to make enough money to buy a few things at the grocery store, which they either walk to or take the bus. 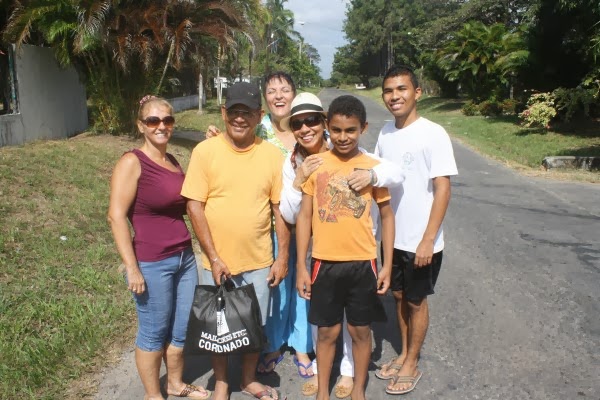