Today Clyde's phone rang and it was our friend and neighbor Daniel who said the "Ministerio de Salud," better known as the Health Department was in the neighborhood.  Yes, Panama does indeed have a health department that is responsible for many things.  Today they were on the lookout for standing water where mosquitos could breed, and here in the tropics mosquitos can carry diseases such as dengue.

After a while we noticed four uniformed health department workers outside going from house to house accompanied by the inhabitants of the home. When it was our turn two workers stood at our front gate and yelled, "Buenas" which is the Panamanian version of a door bell. Our dogs barked loudly just in case we hadn't heard the workers yell the first time.  After securing our dogs the two officials introduced themselves, asking permission to come onto our property. They further explained why they were here and asked if they could examine our property along with one of us? After touring the outside with Clyde they asked if they could come into the house.  Once inside they looked under the kitchen sink for any leaks but went no further.  Before leaving they taped a health department report to the back of our front door with their names and date of visit.  The man explained that someone would be out to fumigate at a later time and that person would also be required to sign and date the report.

When we lived in Capira this was all new to us. One day we received a notice stuck in our front gate announcing a date and time of fumigation.  It stated that we would need to leave the premises after the house was fumigated along with all animals.  We watched and waited until the man was done spraying, asked how long we needed to stay out before jumping in the car with our dog.  With no where to go with a large breed dog we went to a nearby McDonalds where we could hang out in the parking lot with the dog until enough time had passed.

Dengue Fever is passed to humans by an infected mosquito.  Symptoms may include any or all of the following: headache, severe body aches, high fever, vomiting and diarrhea and sometime internal bleeding. If not treated early or if the person is not in good health it can be fatal. There is no way to prevent the disease except avoiding mosquitos and wearing insect repellent when outdoors. In general we rarely see any mosquitos in our neighborhood.  If we sit outside at night sometime we get eaten by no-see-em's but not too often are we bothered by mosquitos.

After the health department was done with us we headed into Panama City to run some errands. First stop along the way was to the “Autoridad de Transito y Transporte Terrestre” abbreviated as "AT&TT" or something like that. The other day a cop stopped Clyde for making an illegal "retorno" or "turn around"  along the highway.  Everyone does it here because there simply are NOT enough u-turns along the road and no one wants to go out of their way to turn around. The fine turned out to be $75, to which we said "OUCH," but paid it an went on with life. At least here it doesn't accumulate points on ones license, so it's not quiet as bad as in the US. 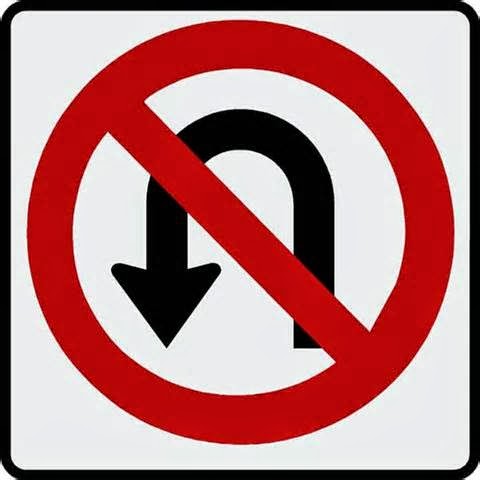 ﻿
From there we headed over to Hospital Punta Pacifica for Clyde to visit a cornea specialist in the attached physicians tower. The biggest, fanciest hospital in Panama, Punta Pacifica is affiliated with Johns Hopkins Hospital in the states. If you remember from earlier posts, Clyde had both of his corneas replaced some years back in Houston, TX at the Baylor Eye Institute. Although he's doing fine he needs to follow up yearly with a specialist and use steroid eye drops on a daily basis.

While his doctor is Houston was highly skilled and considered to be one of the best in the US, he was no match for the "Doctora" here.  No that was not a typo since in Spanish a female doctor is referred to as a doctora....the "a" on the end indicating it's a female. Doctora Maritza Lopez Moreno wore a pretty floral dress under a crisp, white lab coat.  Her long black hair hung straight over her shoulders and framed her face that was colored with makeup.  Keeping up with Panamanian fashion she wore black. shiny, pointed stiletto heels on her feet to complete her professional look. She is a very attractive, young doctor who probably wasn't taken seriously by her male counterparts during her years of training. Despite her good looks Clyde was a year overdue on his checkup with her, probably since he didn't want to pay for the visit.  Our cost without insurance involved was $54.  His appointment was at 3pm and we were back in our car which was parked across the road and down the street by 3:15.  Back in Texas he'd have to make the four hour drive from Corpus Christi to Houston and wait two hours or more to be seen, then make he arduous trek back home.  Also while in there I asked Dra. Lopez if she knew of any doctor in Panama that deals with gas permeable contact lens.  I've wore them for many years and was told that no doctor here handles them.  I even have trouble finding the lens solution here because they're so uncommon. She immediately wrote down the name and location of a doctor that does handle them here, good to know for future reference.

One more note on the health department, on our very first visit to Panama while eating at a restaurant down in Pedasi about twelve pick up trucks pulled in. It was the department of health conducting an inspection in the restaurant.  We were surprised but thankful that just like the rest of the world many things in Panama are monitored by the health department. Even at the roadside stands that sell baked goods, candy, and other goodies from their home kitchen they're all marked with expiration dates. Nice to know since this makes things just a little sweeter in Panama.....along the gringo trail.