As a writer I'm a word person and have never been into numbers. I was that kid in school that could suck up to even the strictest English teacher or nun, since I went to a catholic high school.  And although I did ok with math I never liked numbers but managed to get by only because I had to.  Numbers seem to plague us all throughout our lives in one way or another.  Numbers such as our age , the numbers in our bank account, or the dreaded numbers on the scale that can dictate whether or not we're going to have a good or bad day.  Perhaps the scale thing applies more to us females than you guys out there?  And for some of us being up two pounds translates to I've gained 50 pounds overnight.  And then there's the size on the shirt or pants we're wearing that surely tells our brain if we're fat or not. 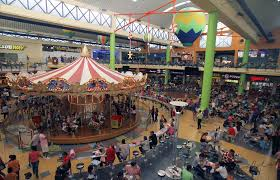 Many of you know that I used to be fat....."gordo" as they say in Spanish.  It's been over 10 years now since I chose to undergo weight loss surgery to lose the weight which makes me even more obsessed with numbers.  During my fat years I hated shopping because it was so hard to find clothes that fit.  I wore the biggest plus size which at the time was a size 28 in pants and whatever the largest size was in shirts.  After losing the weight I was in as low as a size 3 in ladies pants and I'd buy extra small sized shirts.  As the years went on and my weight stabilized I was happy being a size 6 in pants with small tops before our move to Panama. 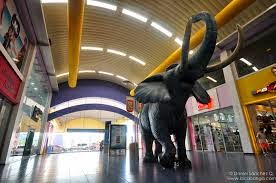 
Panamanians are small people....short in stature.....so clothing sizes here run smaller than those in the states.  Clothes shopping in Panama is wonderful as long we you're willing to overlook the number on the tag that indicates size.  In the US women's sizes run from size 2 to size 18 while junior sizes (for younger women) are sized 0 to 13.  In Panama sizes can be anything from a "free size" which I guess compares to our "one size fits most," to no size at all.  Just recently I was looking at some colored jeans that were neatly folded on a table in a store. There was absolutely no size on any of them.  I along with many other women were just grabbing them, stretching them out to see if they looked like they'd fit. 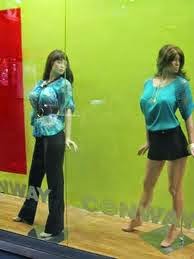 If you listen in on expat women chatting you'll surely hear a thin woman say, "I used to wear size small but here I'm an XL."  Like them I never liked the fact that I might have to go up a size and finally realized it's only a number. But it makes we wonder IF sizes in the US are really accurate? Are we really the size we think we are? Are US clothing manufacturers making clothes bigger so we think we're smaller than we really are? 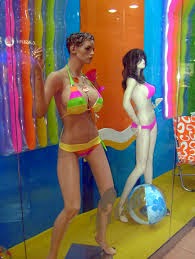 The up side of shopping here is that I can pick up a whole new wardrobe cheap! Last week we headed into Panama City with friends Allison and Ray for a day of adventures.  Clyde needed to pick up our new license plates (since we get new plate yearly) and Ray wanted to learn the ropes from an old pro.  So the guys dropped Allison and I off at Albrook Mall for some shopping while they ran around doing things. Six hour later when they guys returned I had spent a whopping $24 and Allison spent $30.  We had bags of stuff with the priciest being a pair of shoes I found for $7.99 all for such low prices. Lunch was a Mexican styled taco salad in an huge edible bowl with a drink for just $5. 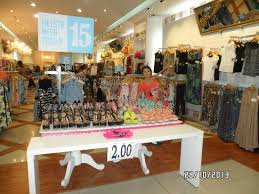 Yes Prices Really Are This Cheap!
﻿

And speaking of numbers, on Wednesday we headed to Westland Mall to take in a movie with Allison and Ray.  We left our house at 2:30 to catch the 4:15 showing of The Hundred Foot Journey.
We arrived in plenty of time but when we went to buy tickets we noticed there was no 4:15 showing, only one at 9:15.  Ray and Clyde asked the desk clerk who verified there was only one showing of that movie.  Since we were just another thirty minutes from Panama City Ray suggested we keep going.  But before we left Westland Mall Ray asked the clerk to go online to see what times the movie was playing in the city's theater. There was indeed a 4:15 showing there so we took off quickly, hoping not to hit traffic along the way.  On our way down the escalator leaving Westland Mall we noticed another large sign advertising the movie theater.  There in bold numbers it showed that our movie WAS playing at 4:15.....although the theater upstairs didn't seem to know that. 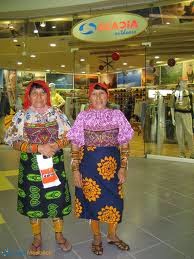 Despite city traffic we made our way to the theater at Multi Plaza mall on time but the movie wasn't playing there until 4:45.  We were happy with that option because it gave us time for a bathroom pit stop along with time to buy huge buckets of caramel popcorn and drinks. The movie was a feel good movie that we all enjoyed.  Afterwards we stopped for a late dinner at Jimmy's Restaurant before heading home.  We made it back home by 10pm exhausted from another long day of having fun in retirement.....along the gringo trail.