One of my very first jobs when I was 17 years old was for a company called Two Guys Department Stores, in Jersey City, NJ.  My sister-in-law at the time, Debbie, worked there and managed to pull strings to get me in the door, since I was only 17.  The company was unionized and the union required employees to be 18, so we fudged the paperwork a bit. It was there that I came out of my shell, learned to speak up for myself and got over much of my shyness.  Also it was at that time that I learned the basic principals of retail: Rule #1 The Customer Is Always Right.  Rule #2  The Customer Is Always Right.  Rule #3 When In Doubt Refer Back To Number One.

It was later on that I spent 13 years working in retail mostly as a Department Manager in several different companies throughout the Northeast. I ran a full service Craft & Fabric Department that included classes on everything from cake decorating, painting, kids crafts and much more all taught by me. Later on I ran a large Ladies Department for one of the nation's biggest retail chains while living in New Hampshire.  Through the years I've seen it all working with the public.  I've seen ladies buy a dress to wear out for Christmas Eve only to return it a few days later, tattered with makeup stains and perspiration and we had to take it back only to throw it away. I've sold cut fabric to customers who bitched that it didn't sew up correctly and we had to take it back, only to throw it away. The rule of thumb in large retail chains is to give the customer whatever will make them happy, and I mean WHATEVER so that they'll come back to spend more money in your store. Certainly no retailer wants Miss Bitch customer talking badly about them so they will all usually bend over backwards, jump through hoops and do whatever it takes to make the customer happy.
Because after all is said and done, remember above all else.....the customer is always right.....except in Panama!


Last week while picking up groceries at a local department store called El Machetazo we needed some mayonnaise.  As we walked away from the mayonnaise and mustard section we heard a crash behind us. We turned around and saw a jar of fancy dijon mustard broken and splattered all over the aisle on the floor.  Since there was a man stocking shelves nearby who obviously heard the crash, Clyde looked up at him and said, "lo siento Senor," in other words saying, "I'm sorry for knocking down the jar," even though we really don't know if we did it.  As we began to walk away the man said in Spanish that we would have to pay for the item. Clyde said, "oh we have to pay for this?" to the man in Spanish and he agreed.  Me being the cheap one would have nothing to do with this and immediately began to mouth off to the man in Spanish. I rambled on about it being an accident and we shouldn't have to pay yada....yada. Clyde looked at me and nicely told me to shut up in English, telling me we'd take the item but drop it somewhere in the store.  After my years in retail and Clyde's years working in grocery management we both know that retailers are allowed so much loss and sometimes vendors reimburse the store for damages. The man walked over to the produce deparment to get a plastic bag to put the bar code into so that we could take the item and pay for it at the register.

We walked away from the clerk shocked that WE the customer were not treated like the kings and queens we think we are.  After all had this happened in any grocery or retail chain in the US we wouldn't have been expected to pay for the item, because there the customer is always right. Here in Panama things are different, not necessarily wrong.....just different.  For example a few months ago Clyde was looking to buy some new shorts.  He found several pairs one of which was an off white color and took them all to the fitting room.  The fitting room clerk told him he could not try on the white colored shorts because he would get them dirty.  He was pissed and when he finished trying on the other shorts the girl handed him the white shorts to put away.  Clyde told her in Spanish, "oh no I can't touch them because I'm dirty."  The girl explained to him that it was not her policy but the stores yet stood firmly on her belief.  Another time I was trying on bathing suits and one was missing it's protective shield in the crotch of the panty.  The clerk told me that I would have to leave my underwear on which was not a problem and then walked off with the suit missing the protective shield.  When I was done trying on the suits I expected to find the suit with the missing panty shield waiting outside for me but it was no where to be found. Sometimes white garments are permitted to be tried on and other times they're not.....just depends on the store or maybe the clerk?

Several times here we'd find an item who's bar code didn't scan once we got it to the checkout.  The cashier would hand key in the number and if it still didn't scan she would explain to us that we could not buy the item. Back in my retail days I had dummy numbers that could be used when and if a bar code didn't scan because we wanted the money for that item. Besides I never wanted a customer of mine to go away unhappy because surely they would complain to management higher up than me and I'd eventually be in trouble. 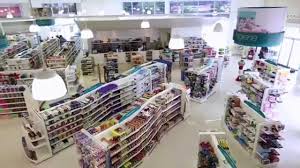 Back to the bag with the broken mustard jar pieces inside.....we carried it around the store and eventually dumped it in an aisle never to be seen again.  But once we approached the checkout Clyde noticed the same clerk standing there and their eyes made contact.  Of course Clyde thought he was standing there watching us and making sure that we paid for the broken item.  Quickly we found the stashed item and brought it to the register where we put in onto the very end of the conveyor belt.  Accidentally on purpose the bag managed to make it's way onto the back of the belt that doesn't move, so it inadvertently didn't get paid for.  This was surely an accident and had we been confronted by store personnel that would have been our story and we would have paid for it if we really had to.
After that day I questioned a Panamanian friend about this procedure and asked if it's really customary to make the customer pay for a damaged item.  She assured us that yes it is the way they do things here and told us of her own story.  One day she was shopping and accidentally knocked down a large bottle of rum that she had to pay for so they even charge Panamanians for broken items.

So the moral of this story is should you ever break something in a Panamanian store move away from the item quickly and never look back. And don't assume that all clothing can be tried on here because some can't.  Or for that matter don't assume that all merchandise in the store is there for the buying because those with invalid bar codes will probably never leave the store. Remember to be sure whatever you purchase here is something that you REALLY want because most Panamanian retailers don't ever take back an item once it's left the store.  And whenever shopping in Panama never assume you as the customer has a say in anything that matters..... because the customer is NOT always right in Panama......along the gringo trail.
at September 01, 2014