Just returned home from a fabulous four day road trip to the end of the world, or at least it seemed that way.  Our journey took us to the tip of Panama, way down in the Azuero Peninsula about a 5 1/2 hour drive from where we live.  Recently some friends from Texas, TC and Emmet took the plunge and moved their lives to Panama.  Since they both love to fish they bought a house on the oceanfront and settled in the town of Cambutal, nearly a two hour drive from any major civilization.  As soon as they moved here Clyde rejoiced that he'd now have a place to do some deep sea fishing with friends. Then we barely had to say the word road trip and our adventurous friends Allison and Ray were all for it.  Before we knew it we had Ray's car packed and off we went, four crazy gringo's out for some fun.

We hit the road around 8am on Monday and detoured off the highway to find the town of Pese along the way.  Pese is home to Varela Brothers Distillery where they make the a local brand of rum called Ron Abuelo along with a local clear liquor called seco.  We had heard they offer tours of the distillery that sits alongside fields of sugar cane grown specifically for the alcohol production. And since the current President of Panama just happens to be one of the Varela brothers, we thought it might be fun. Although we looked online we found no information about the tours nor any way to contact the distillery or make an appointment, so we thought we could just show up. But when we showed up the guard at the gate asked if we had an appointment, and when we said no, he had us pull over and wait for someone to come speak to us. A few minutes later a car pulled up and out stepped an English speaking Panamanian man dressed all in white. He handed us a business card instructing us to email the name on the card for an appointment, which Allison did as soon as we were back on the road. She asked to set up an appointment for four people a few days later on our return trip and the next day she received a reply.  The tour would last for 3-4 hours, and included souvenirs like a Panama hat for each person, a full lunch, and a tasting and explanation of all products. The tour apparently is given in an ox-drawn cart through the fields and the town of Pese with explanations of the aging process and much more.  But the cost per person was $100 per person so we all decided that perhaps we'd leave this for another time if ever. We've been drinking the rum and seco for years now and it's nice to see where it comes from, even though we didn't get to hear the rest of the story. 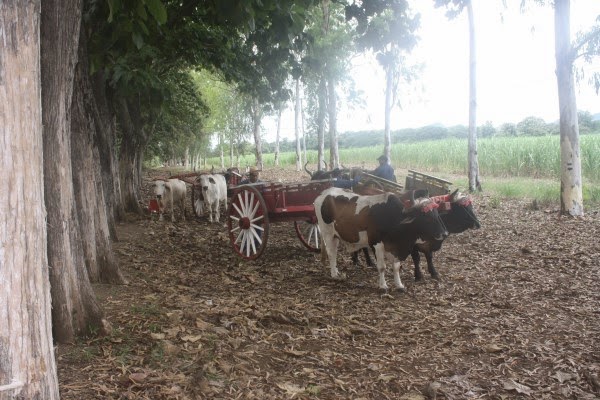 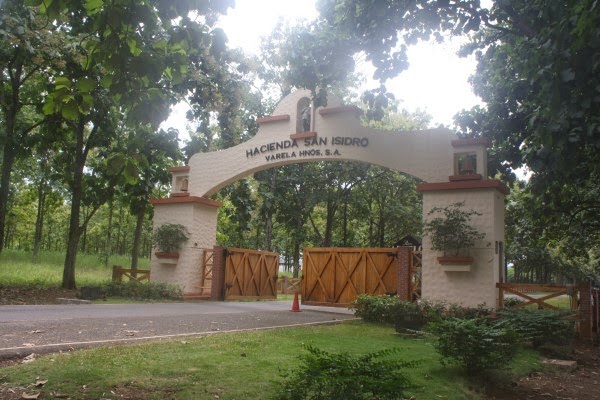 About an hour later we came into the town of Las Tablas where we stopped for lunch at Ponchalo's Restaurant. Owned by another gringo this Mexican themed sports bar and restaurant was conveniently located on the main street going through the town. I selected a mixed salad while Clyde had a quesadilla with a strawberry milkshake.  Both meals were tasty, nicely presented and the owner seemed willing to chat with some passing gringo's. 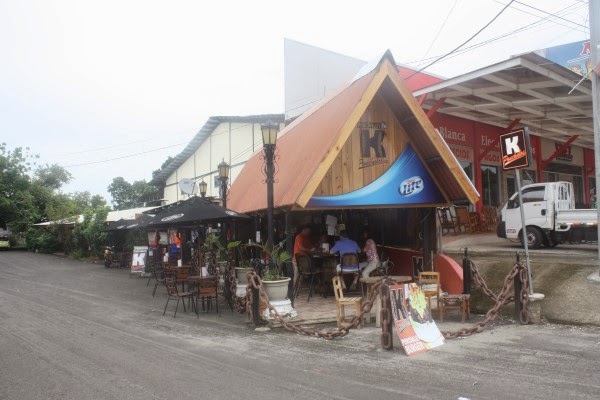 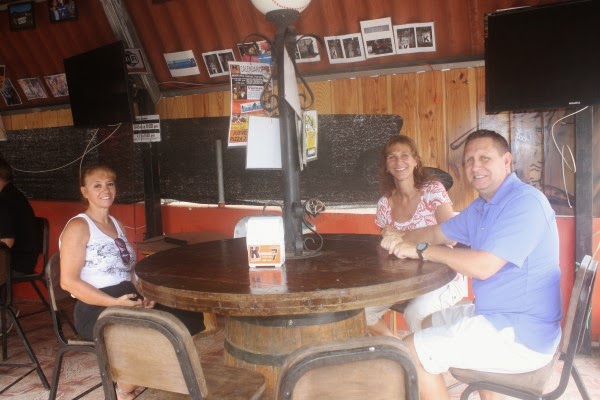 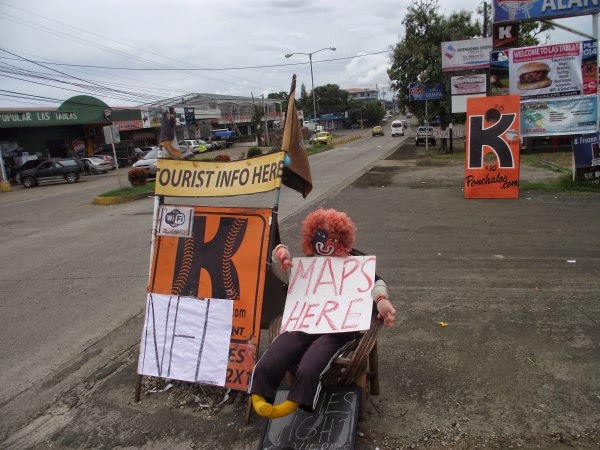 Ponchalo The Clown?
It was about 4pm by the time we arrived in Cambutal and made our way to TC and Emmett's home. Their charming two bed, two bath home sits high up on a hill overlooking the Pacific Ocean, surrounded by lush, tropical jungle.  As we sat listening to the surf break against the shore Emmett spotted some whales off in the distance.  Then we were welcomed by a pack of howler monkeys that came to feed from the fruit of a nearby tree.  We all watched in delight at how easily these large monkeys went from one branch to another savoring the small, yellow fruits. They didn't seem to mind us watching them as Clyde and Allison snapped photos and videos of the furry little creatures. After they were done feeding they seemed to vanish out of sight.  We watched as darkness fell over the jungle and the sound of the surf filled the night sky. 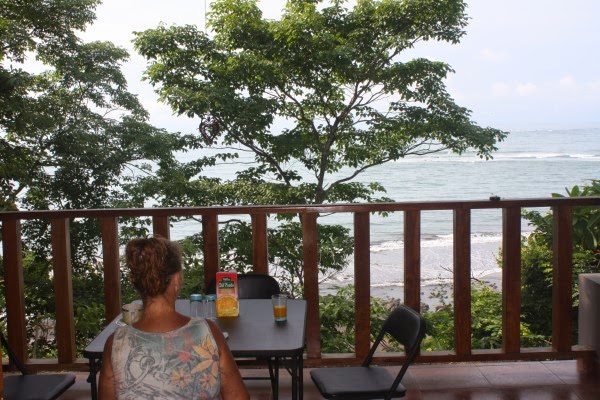 View From Back Porch At Emmett & TC's Home 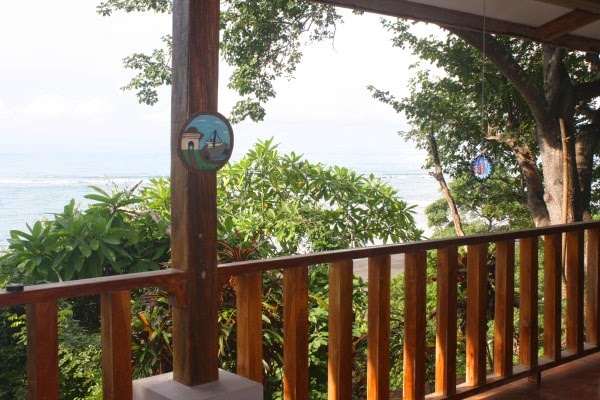 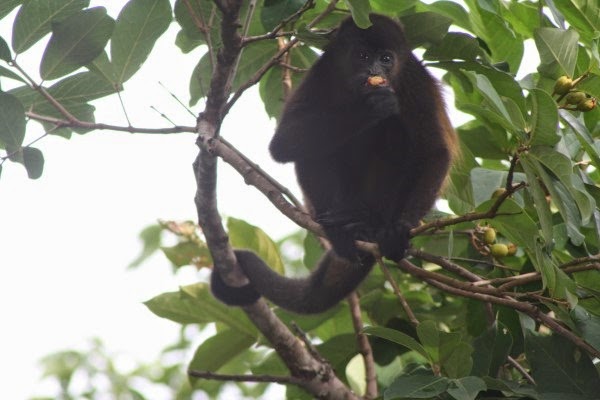 Howler Monkey Watching Us From Nearby Tree 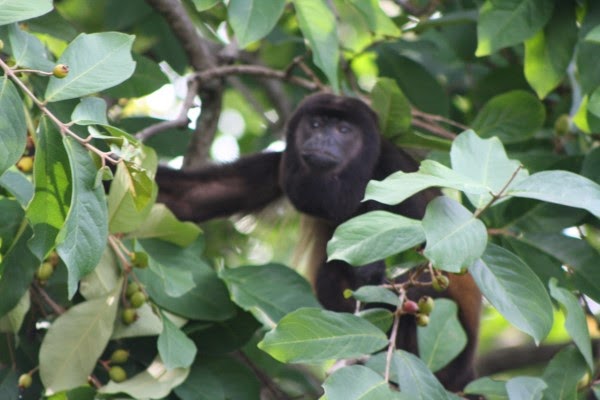 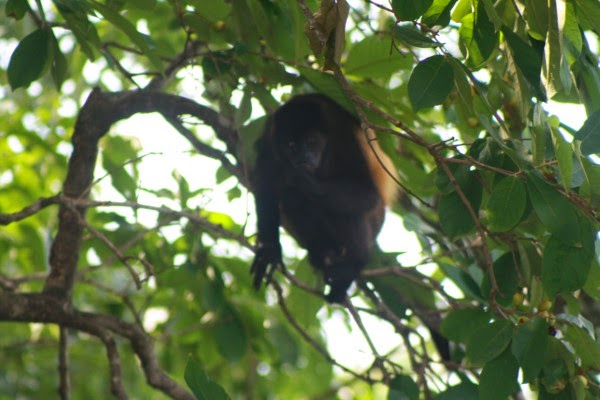 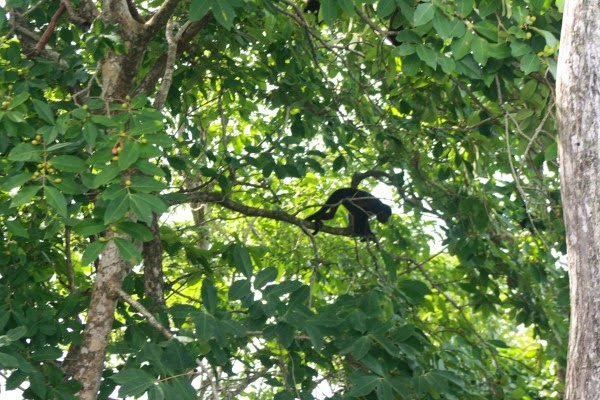 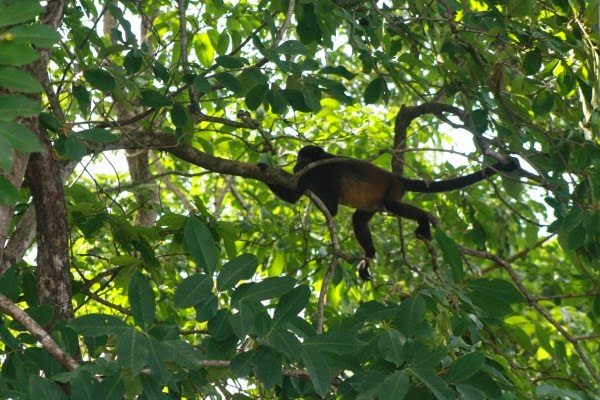 Time To Rest After Feeding

As hunger filled our bellies we hopped in Emmet's truck and headed out to find some grub.  At nearby Hotel Cambutal we dined on a delectable assortment of food served in an atmosphere of rustic luxury. The fish of the day was tuna caught earlier that day from the coastal waters right in front of us. Clyde and I selected the tuna which was served with a rice and beans, a side dish so common in Panama.  Allison enjoyed a chicken filet served with red pepper sauce and topped with bacon served with potatoes and a salad.  Ray chomped on a pork chop along with sides that I don't remember. Yet we all agreed that the food was excellent while the staff took care of our every needs. 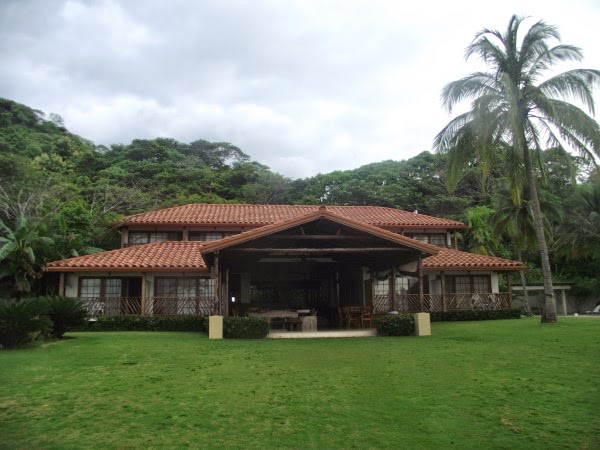 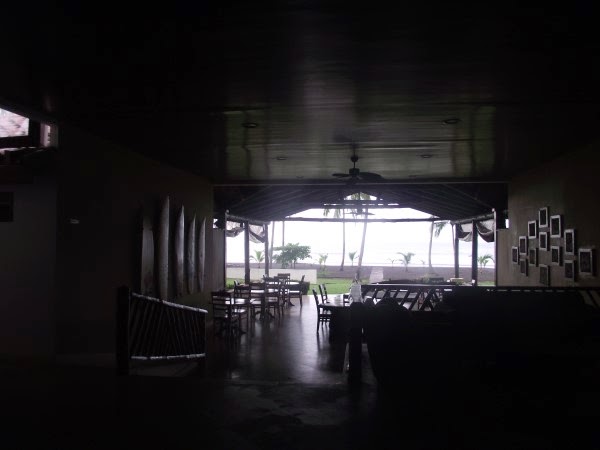 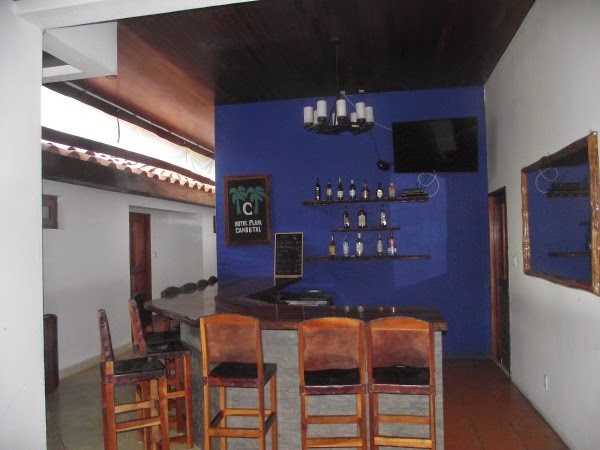 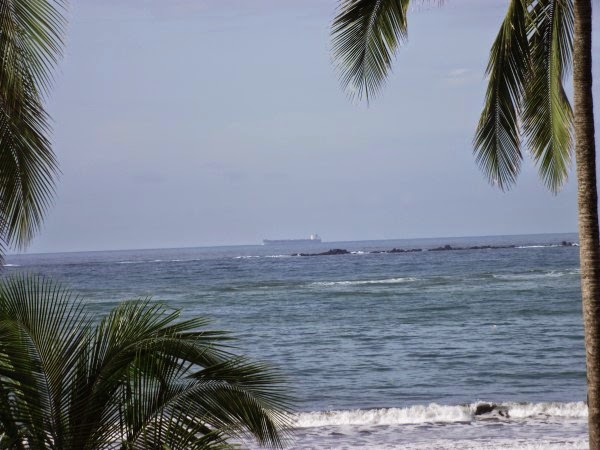 
﻿
Back at TC and Emmet's place Clyde and I fell asleep listening the sound of the ocean, anxious to see what adventures tomorrow would bring....along the gringo trail.
at September 12, 2014