Sand Dollars And Other Money Misconceptions.......

Never in my life have I spent as much time on the beach as I have in these past few weeks in Costa Rica.  While all beaches come with a certain beauty of the sand, surf and sunshine there's also the darker side to coastal life. Here on the Pacific Coast of Costa Rica signs are posted on every beach that say, "corrientes peligroso," also known as "rip currents." So while one of the dogs we're taking care of loves to romp and frolic in the surf we prefer to just get our toes wet and walk along the shoreline. While our bodies are glowing with a tropical tan our toes are permanently embedded with sand that we can't seem to wash out. Even with the many hours we're spending in the pool at the house, that daily double dose of beach walks has blackened our nails. 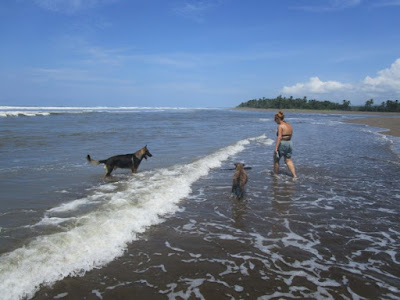 Getting My Feet Wet.....The German Shepherd Has Taught US
To Fetch A Stick....See Me Get The Stick To Throw Again 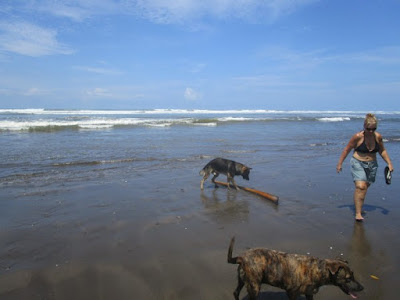 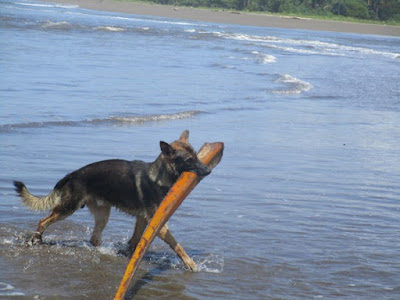 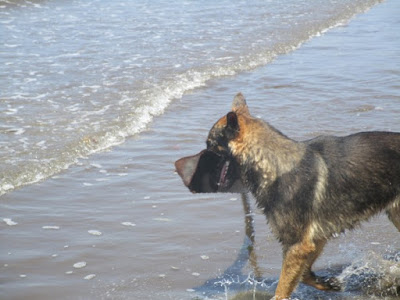 He LOVES To Run  After Sticks, Rocks, Coconuts But Doesn't Always Bring Them Back 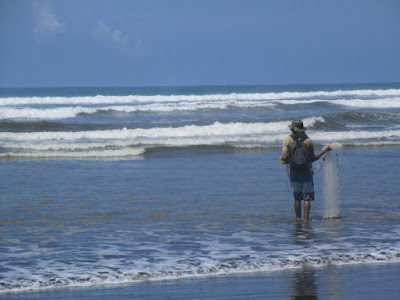 Fisherman On The Beach
﻿

And while we've learned to pack light for these trips for this one we really could have arrived with much less.  I begin each day with a bathing suit top and shorts, no shoes needed for the beach walks.  When we get back to the house we strip down naked, hose off the sand and jump into the pool.  From there I wrap myself in a bathing suit sarong, with no need for much more.  It's so hot here that we frequently go in and out of the pool and since the land is private there's no need for bathing suits. Today I did some laundry which included my wrap and hung it out to dry.  Of course I hung the laundry outside naked too then cooled off in the pool again.  But I was in a quandary now since I didn't have my wrap to put on.  What was I to do?  What would I wear? Then it dawned on me that I could actually put on clothes....what a strange idea. 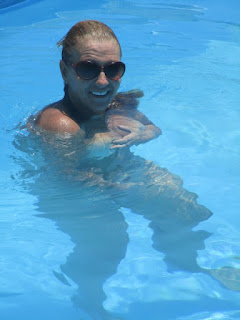 Over the past few weeks we've found some lovely whole sand dollars on the beach  While I'd found smaller ones before I'd never found large ones that are maybe four inches in diameter. My wonderful hubby Clyde is a plethora of useless knowledge, as he himself says.  He began to tell me about the angels that were hidden inside of each sand dollar, a tale that his Mom told him as a little boy. He tried breaking apart a few broken ones that we found but no angels flew out so of course I thought he was crazy.  But since everything can be found on the internet these days we came back here and found out about the legend of the sand dollar. 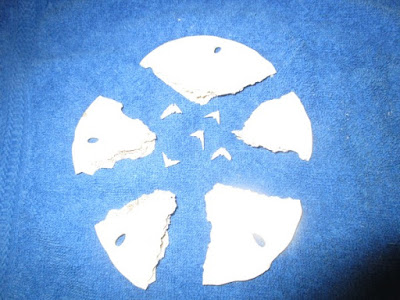 Turns out the so called "angels" are actually "doves" in the legend which in reality are the teeth of the sea creature.  For the full story here's a link to the scientific version along with the religious legend and even a poem about the marvelous creature of the ocean. https://www.quora.com/What-is-the-story-behind-doves-in-sand-dollars

Part of the travel experience is having to deal with foreign currency and here in Costa Rica it's been rather challenging. Costa Rican money is called the "colon" which is named after Columbus.  Currently one US dollar is equal to 536 colones which means we're having to deal with very large numbers in Spanish.  While our Spanish teacher back in Panama would be proud of us for talking to everyone in Spanish fairly easily, she'll be disappointed to know that we're stumbling with large numbers.  For example when we go to the grocery store we might spend 77,562 colones which in US dollars is about $144.70.  But the cashier would tell us our total is, "setenta y siete mil quinientos sesenta y dos." And we would stand there and think, "ahhhh yeah....." and hand over 80 thousand colones.  Yikes.....my brain hurts just thinking about it, thankfully though it's Clyde that pays the bills. Personally I'd just use the credit card whenever possible since we get reimbursed for all foreign transaction fees. 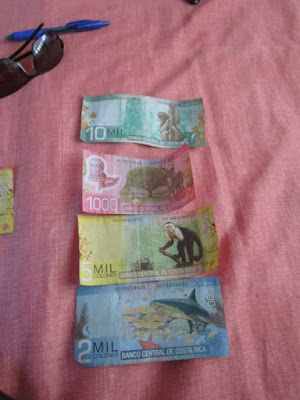 While travel is new to us and something we've just discovered, it's been a valuable learning tool.  Not only have we learned about the places and things we've seen but it's helped us discover a little bit of ourselves and our relationship.  Having to move out of our comfort zones, speak a different language, deal with foreign currency, in new surroundings might just put a bit of hair on our chest and sand under our toenails. Time to put on some clothes and head to the beach again to dig our toes in the sand.......along the gringo trail.
at September 06, 2015