Once again we've moved to yet another location in Italy.  Currently we are in the lovely Marche region (pronounced lay MAR-kay) that sits between the Adriatic Sea and the Apennine Mountains.
The town of Cupramontana comes alive with an old church, shops and restaurants all nestled in the countryside. 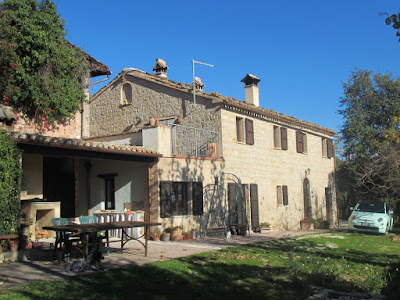 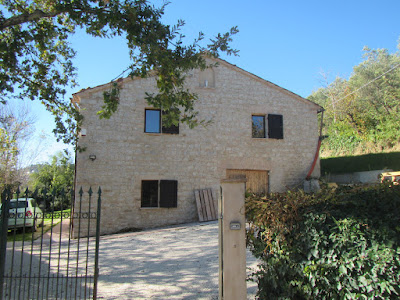 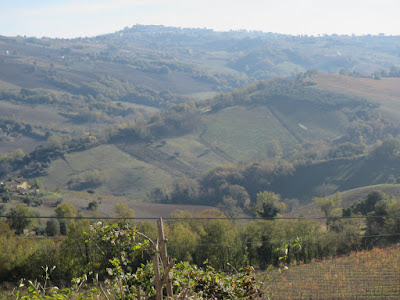 Views Out Our Windows 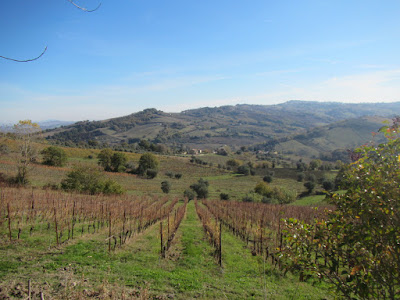 Here we are  taking care of Molly an older, laid-back Italian hunting dog, a breed rather common here and three cats that we hardly know are here. The house is a lovely restored, two-story stone farmhouse situated on an olive grove, with all the comforts of home. The view from the house is astonishing with a beautiful landscape of green farmland, olive groves, grape vineyards and houses. We really can't get enough of the beauty and splendor of Italy.  The wonderful pizza, pasta, wines and people.....that is until you get one upset. 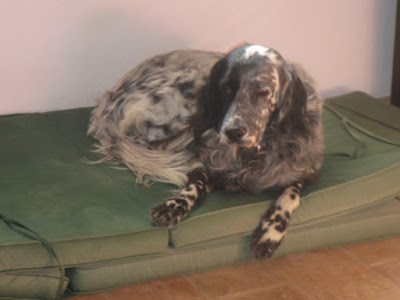 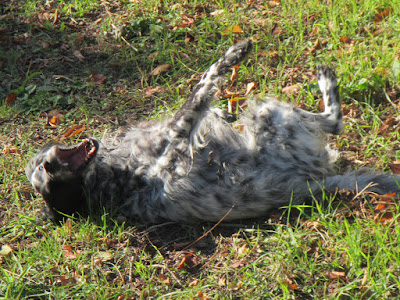 Yesterday we headed out to find the Adriatic seaside city of Ancona.  Like any other day here Clyde was following the directions of his other lady on google maps who was directing him to our destination. Following the car in front of him he drove into the left lane of the roadway since the right lane consisted of a road crew pouring tar to resurface the road. Before we knew it the crew had stopped the car in front of us which brought us to a halt along with another car behind. The worker seemed to be yelling at the driver of the car in front which was obvious by the use of his hands waving in the air. Apparently this side of the road was CLOSED....due to the roadwork yet there was no barricade or signs indicating this since perhaps it had been knocked down or run over? After yelling the road worker allowed the car in front of us to proceed slowly along the highway.  When it came our turn to approach the disgruntled worker Clyde opened the window and said, "non parla Italiano," which means, "I don't speak Italian."  The man did not seem to buy that and went on to chew us out in loud Italian waving his hands in the air. Clyde then told him in Spanish, which is similar to Italian that there was no sign indicating that the road was closed. 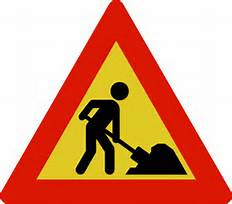 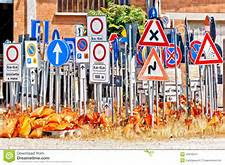 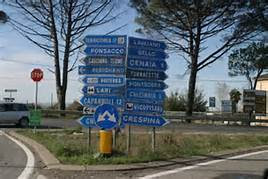 Signs Are Everywhere In Italy
These Are At EVERY Round-About....And There Are LOTS Of Round Abouts


Again the man disagreed with that statement and continued to yell.  Eventually we were allowed to proceed slowly. Nearby the other crew members made baa'ing sounds like sheep, indicating that us and the two other cars were following each other like sheep. We laughed about the incident thankful that it was nothing worse than pissing off an Italian road worker. 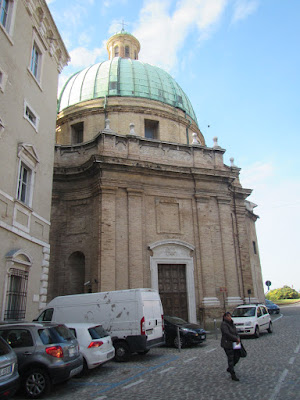 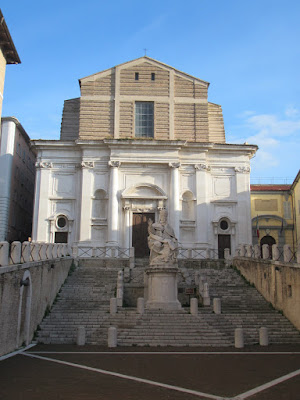 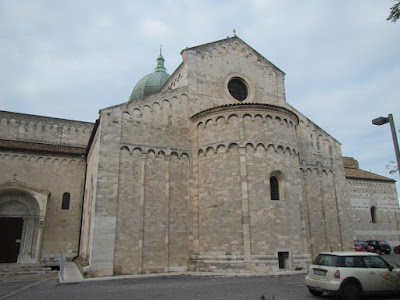 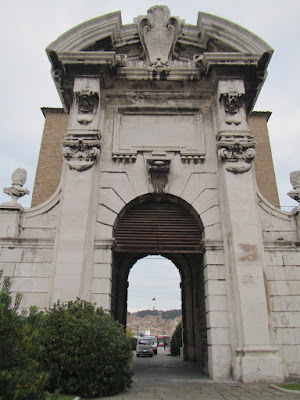 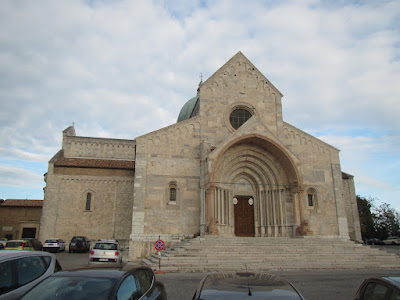 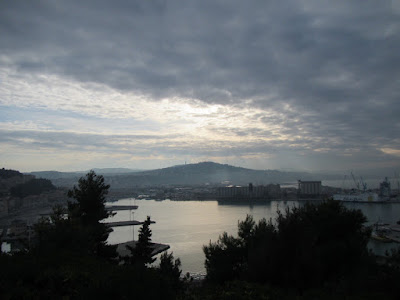 Views Of The Adriatic Sea 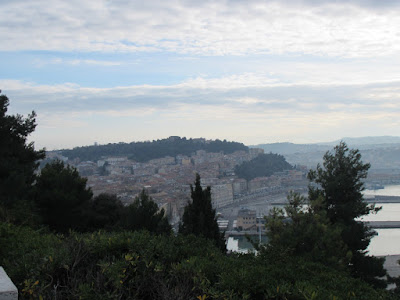 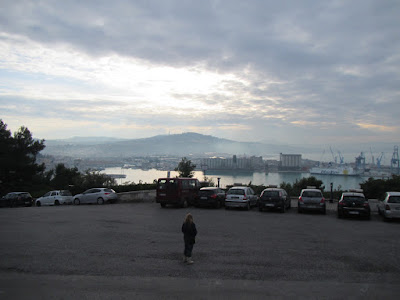 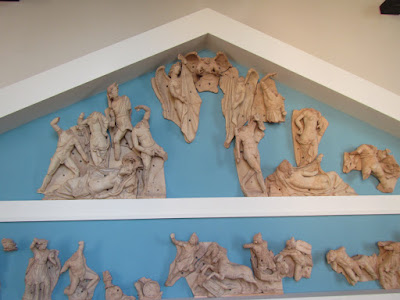 Museum Of The Marches Italy....In Ancona 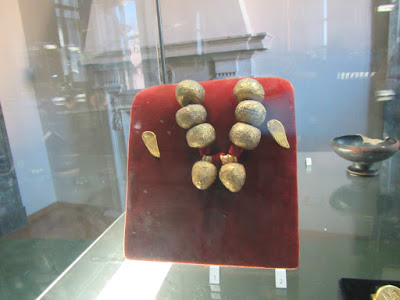 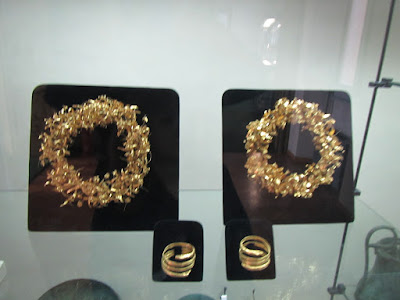 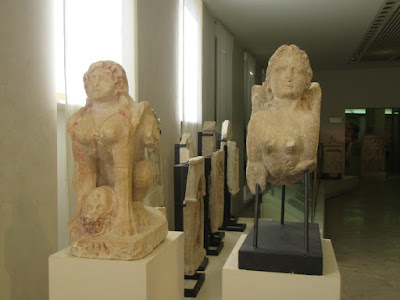 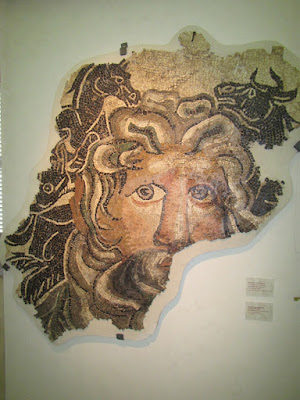 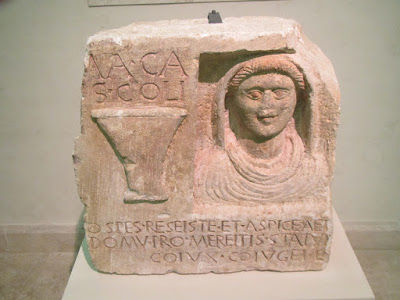 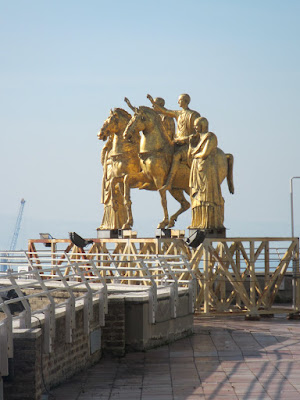 Gold Statues On Roof Of Museum 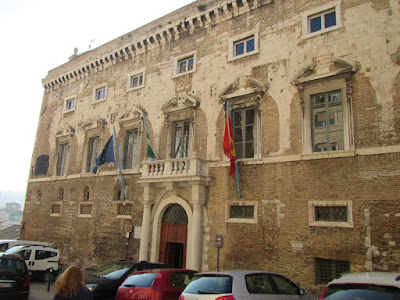 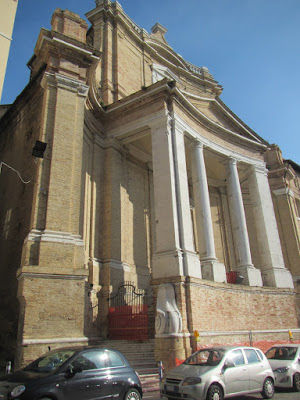 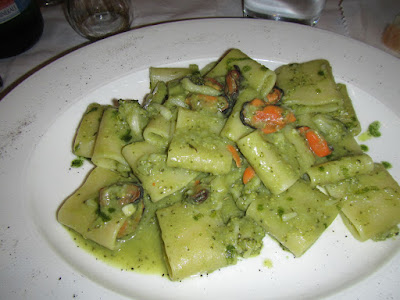 White Sauce With Broccoli and Clams


The large, bustling coastal city of Ancona is full of cruise ports, shipping containers, ferries and more. We made our way to the old part of the city where we visited a museum and took in the sights and stopped for lunch. Later that evening we met up with the homeowner who had not left yet for her vacation.  The three of us enjoyed some wine and pizza at a local restaurant. Since she had an early flight to catch this morning we are now taking over with our duties as house and pet sitters. Time to take Molly for a walk among the olive groves and vineyards and absorb the beauty that is all around us in Cupramontana, Italy.....along the gringo trail.