From the moment we stepped off the plane in Casablanca, I felt the different attitude all around me. It was almost like I was invisible. Men would step in front of me or try to nudge me out of the way in line. We stopped to buy sim cards for our cell phones but Clyde had not found an ATM yet to get Dirham's, the local money. He asked me to stand there while the clerk was activating our phones while he ran to get cash. There I was with our cart of luggage watching the young lady fiddle with our phones when a Moroccan man stepped in front of me at the counter and began talking to the girl. She said something to him in Arabic and pointed in my direction. Apparently she told him to wait his turn because she was waiting on me. 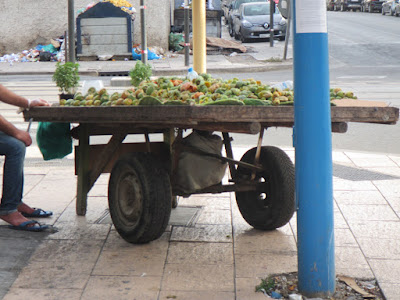 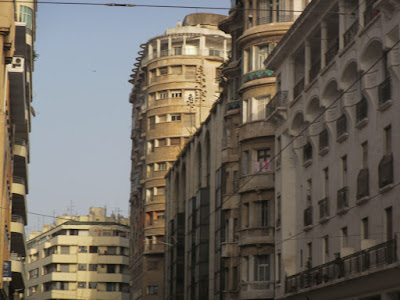 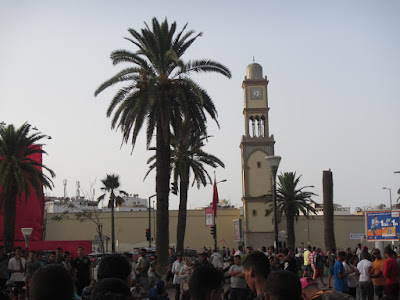 Our plane landed in Casablanca around 10:30 this morning after a short two hour flight from Madrid, Spain. We made our way through the long lines at immigration, standing in front of mean looking men who barely looked up at us as they stamped our passports. Those that stepped over the red line or approached the agents before it was their turn were sternly scolded. Then we were directed to yet another line where men in suits checked to see that our passports DID get stamped by the grumpy immigration officers 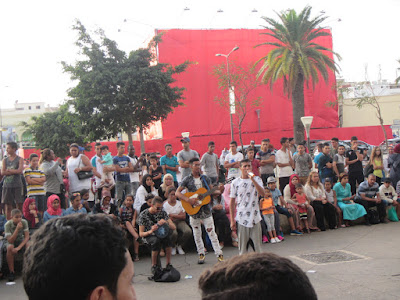 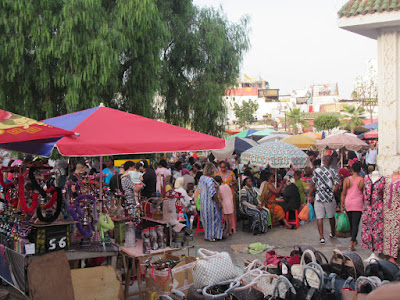 Then we were free to pick up our luggage in a place that looked like a bomb went off and splattered suitcases all over the place. It literally looked as through ALL luggage from ALL planes that landed that morning was dumped onto the floor. There were Muslim women covered from head to toe looking for their bags with babies hanging under their arms. Tourists and others alike searched for their bags too. We were directed from one place to another and really thought we would never be reunited with our stuff again. But finally there in the corner of a large room we spotted our first bag, then the next and finally the last ones.

Being the adventurous type we opted to rent a car here and see the sights of Morocco on our own instead of paying for high priced tours. Clyde feels that if he could drive in Panama City, Panama he can drive anywhere. Eventually we made our way to the rental car desk, picked up our car and took off to find the city of Casablanca. Apparently google maps does not work in Morocco but resourceful Clyde managed to find his way around anyway. 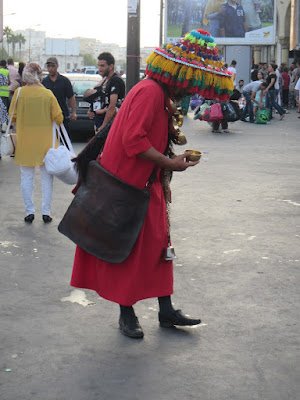 A kaleidoscope of honking cars, tuk tuk's, kids on bicycles, busses and taxi's went whizzing by us, with little regard to any road rules. There were few to no traffic lights or stop signs so moving seemed to be a free for all though the crowded chaotic streets. We made our way to our hotel and were actually wowed by the size and niceness of the room which we booked for around $70 a night.

After resting up a bit we headed out to find some dinner and wander around the streets. While we passed by plenty of cafes and restaurants ALL were full of local men ONLY sitting there facing out to the street, people watching. Where were the women and were they NOT allowed to eat in restaurants with the men?

We stumbled into a crowded souk or market full of clothes, shoes, electronics, food and more. The maze of streets filled with merchandise went on forever and we wondered IF we'd ever find our way out? As in any big city the air was thick with people and the smells of strange foods, trash, cigarettes and other nasty stuff. We pushed our way through the crowds, dodged cars whenever we crossed the streets since there are no traffic lights here, and mingled with the locals. 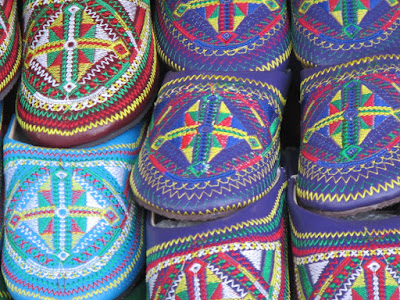 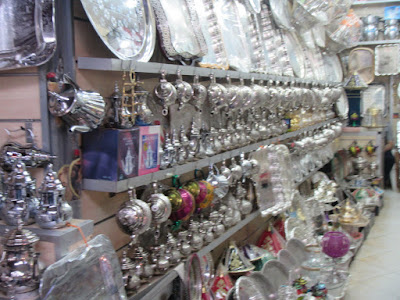 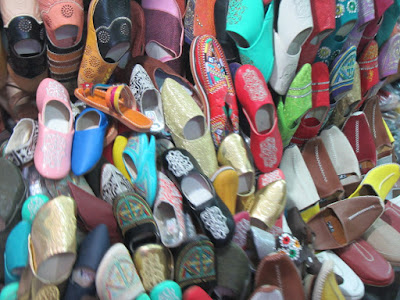 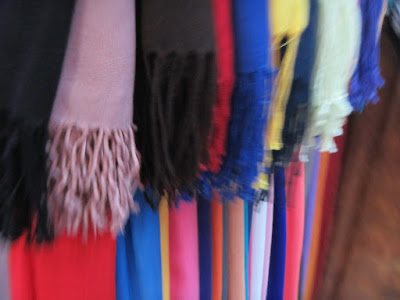 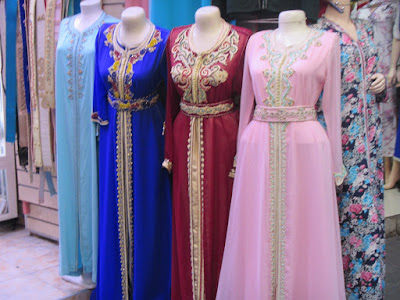 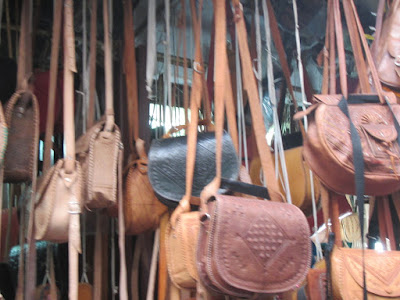 The people here seem way to serious and really NOT happy about life. This is a man's world where women are second class citizens, or so it seems to us. According to their tradition and beliefs, women are not allowed to show their shoulders, knees or much of anything else. Visitors must respect their values and while I will NEVER blend in, or look like a Muslim woman, I will cover my knees and shoulders while we are here. 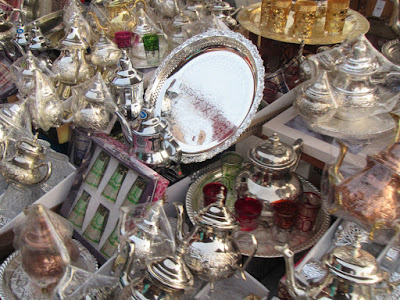 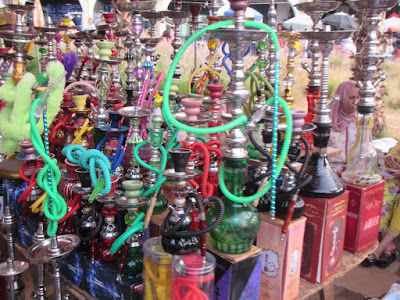 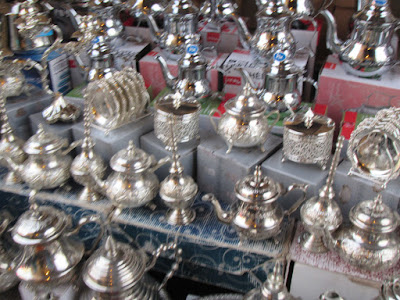 As for dinner we played it safe and came back to our cushy hotel to eat in their restaurant. The choice was a buffet of mostly fresh cut vegetables, rice, sauces, chicken, soup and fruit. It was a delightful array of healthy, fresh food that tasted great. 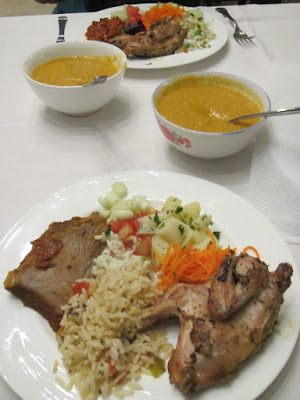 As our first day of Morocco comes to a close we realize that the next few weeks are going to open our eyes and senses to many new things. A whole new world to explore, taste, embrace and experience as we explore the North African Kingdom of Morocco.....along the gringo trail.
at August 05, 2017