Lost In The Language Barrier....In Portugal

The trouble with travel can sometimes involve a language barrier and here in Portugal is no exception. When we first arrived in Lisbon and the Algarve Region there was no shortage of people that spoke English. Since both areas are full of tourists and expats with money the locals are just waiting to take some. 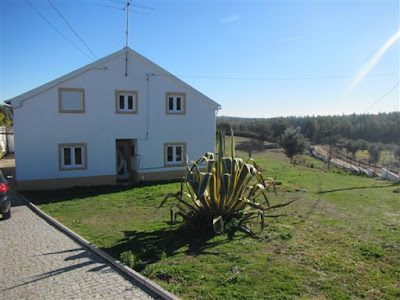 Our House Sit Home In Portugal 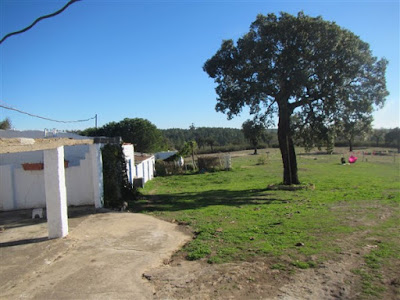 
A few days ago we made our way to the Centro Region of Portugal and settled in the village of Sarnadas do Rodao, near the larger city of Castelo Branco. We are house sitting here for five rescue dogs in a private home with lovely vistas all around. 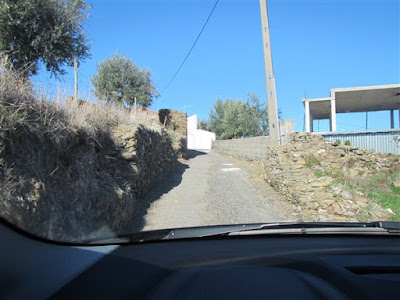 Photos Around The Village 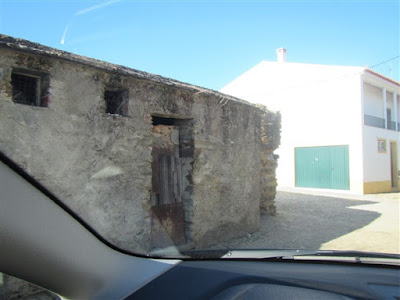 Since we are living around the world things happen along the way so when one of my dental crowns dislodged I needed to go find a dentist to re-cement it, and hopefully one that spoke English. A few days ago we took off to Castelo Branco a nearby larger city and stopped into the first dental office we came across. Once inside we were greeted by a female receptionist that did not speak English but thankfully the dentist there did. A young, female dentist finished up with the patient she was seeing and then quickly took me in to fix my problem. 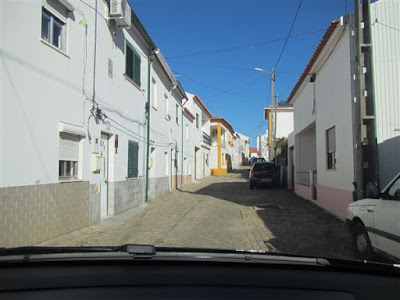 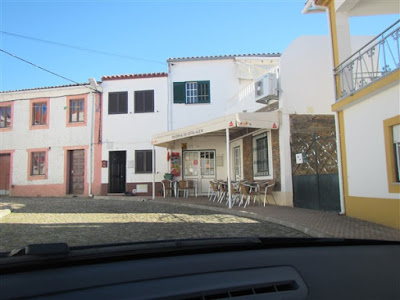 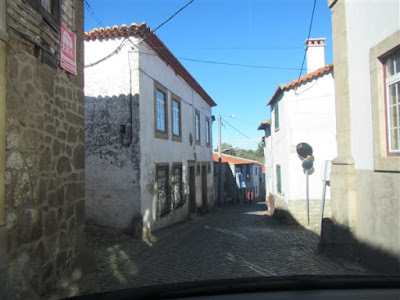 As we walked into the small clinic that was both dental and medical, we were greeted with bright pink walls that screamed out in femininity.  In fact the theme of the entire place seemed to be bright pink and white, even down to the uniforms that the female staff wore.


Since I was also way overdue for a teeth cleaning I inquired about that too. While we were house sitting in El Gouna, Egypt a few months back we both went in for dental cleanings, but the retired German dentist that saw us refused to clean my teeth. He said that I was one of those people that did not build plaque and there was nothing to clean. The dentist here did say I had little plaque on my teeth but agreed that everyone should have a cleaning every six months. As she was only working during the morning she suggested that another dentist could do the cleaning later that day so we agreed to return to the office at 3pm.

When we did return I really needed to use the bathroom which in this part of the world is NEVER called that. Throughout Europe bathrooms as us Americans refer to them are either called, "water closets," or "toilets." In Portuguese the word is "baniero," similar to the Spanish word, "bano" making it easy to remember. And the only other word in Portuguese that we learned so far is, "obrigado/a" which means, "thank you."

Then there was the matter of the receptionist entering my name and information into the system which involved some sign language trying to tell her that the first dentist had already done that. But we managed to get through our day at the dentist for a total cost of 80 euros....40 to re-cement my crown and 40 for a cleaning.

Next was a trip to Inter Marche, a local grocery store chain to pick up some food. Once again figuring out what the signs said and what the items were was a challenge. While Portuguese is very similar to Spanish in the written word, it's pronunciation is totally different. And we have been told that the two countries do not get along so speaking Spanish here to get by is not acceptable.

But Portuguese is a lovely language to listen to and we are especially enjoying the music on the radio stations. Christmas songs and other popular  tunes sung in a beautiful romance language is music to our ears, literally.

We are enjoying the inexpensive lunches out here which is typically a bowl of Portuguese soup and a roll for around 2.5 euros each. Before the homeowner left we enjoyed dinner out with her at a local restaurant. Half a chicken grilled in a tasty garlic sauce served with small potatoes that had been squashed down flat and topped with spices, along with a salad, bread and a drink for only 4.50. Cheap and tasty!

The only downside of eating out in restaurants is that smoking IS allowed inside buildings here, which we really hate. While shopping malls, clinics and some building we've been into don't seem to allow smoking, the smaller restaurants and coffee shops DO. But we have noticed that throughout Europe, Egypt, Israel and countries in Africa that smoking is still a quite popular habit that most people take part in. The US, UK and even Panama seem to be smoke free nations that encourage people not to indulge.

Portugal is known for Port Wine which comes from its Porto Region so while we are here we just had to try some. Not that we really wanted to of course, but a traveler must do some of these things along the way. And while eating with ones husband who gets up to use the "water closet" perhaps his sneaky wife might drink his glass of port too? Not that I'm talking about me of course, but just saying that this could happen. Perhaps I did need a bit of assistance stumbling back to our hotel after that meal in Sintra, since the road was hilly and cobblestoned.....that was the only reason of course.

So off we go out again today to explore the Centro Region of Portugal and see what trouble we can get into......along the gringo trail.
at December 23, 2017