A Hot And Sweaty Thanksgiving......

We sweated our way through another Thanksgiving Day in Panama with a group of nine friends at our house.  It all began around 2 in the afternoon when the first car arrived and our perky, little puppy  ran furiously to the gate barking at them, being the mean guard dog that she is.  But as soon as Clyde let them into the property Coco ran off to hide, since she's still a timid 3-month old in many ways.

After a dinner of turkey and all the usual trimmings washed down with a white wine sangria, the heat was too much to bare and we took the party outside. Everyone pulled up a chair at the bohio (a covered gazebo) and cooled off a bit before we brought out the desserts.  Like any other typical day in Panama the temperatures started out at a cool 75 degrees and climbed to around 88 or so.  The dogs entertained us with Coco the puppy showing off how to successfully tear into a coconut shell with her teeth, apparently a trick Venus the older dog taught her. Although we were unsure how the puppy would handle that many new people at one time, she seemed accepting after a while hoping that someone would drop some food for her to scarf up.

Thanksgiving Day is not a Panamanian holiday but instead it was the holiday of Independence Day from Spain.  The President decided to have the holiday moved to Monday, December 2nd making for a long weekend and an extra day off from work. And from the influence of the gringo population here the locals stores ARE observing Black Friday today, flaunting sale prices in the faces of both Panamanians and gringos alike. But since we're not looking for any big ticket items we'll stay away from the crowded malls today and keep our credit cards safely tucked away. 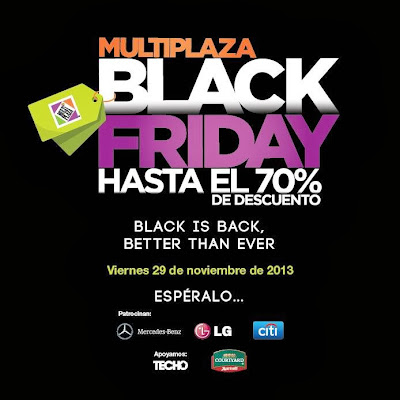 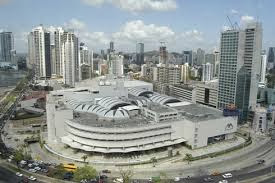 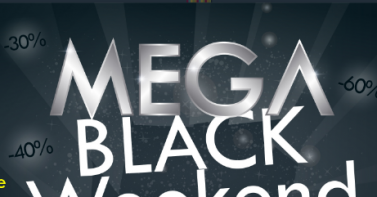 Another Online Ad For Multi Centro Mall, Or Half An Ad Anyway

The Closest Mall....Westland Mall In La Chorrera, About 45-Minutes From Home 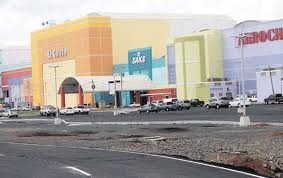 Front Of Westland Mall...There Are Three Levels In This Mall


One benefit of living among expats in Panama is that now we get to celebrate not ONE but TWO Thanksgiving Days.  Our Canadian friends celebrate their Thanksgiving six weeks prior to ours so we usually get an invite to someone's house and then get to do it all over again a few months later. The food is pretty similar at both and the local stores have learned to stock up on turkeys, cranberry sauce, canned pumpkin and other stuff to make us gringos happy, although at high prices. Any of the imported products cost more so we usually try to buy local brands and eat more like the locals do to save money. But for those that just gotta have a Sara Lee Cheesecake or Ben & Jerry's ice cream it's all here somewhere, just depends how much you're willing to pay for it. Clyde did splurge on corn starch for the gravy and we had to try three different stores before we found it.  The huge plastic container holds enough to thicken gravy for the rest of our lives and set us back a whole $1.45.  Complaining about his need to find the stuff I told him if he didn't use it for the gravy I was going to powder his bottom with it, which could lead to other things that might be better left unsaid, so I'll leave you hanging here....along the gringo trail.