The next morning our cruise ship was docked in the town of Edfu, for just a brief stop to visit the Temple of Horus, also known as the Temple of Edfu. Considered to be one of the best preserved temples in Egypt, perhaps because it was built later than the others, from 237 to 57 BC, it's also one of the largest. 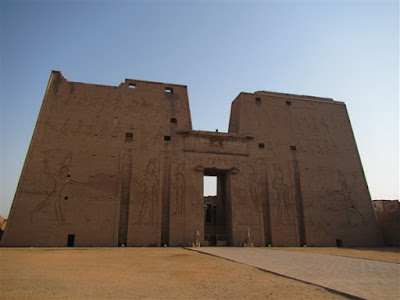 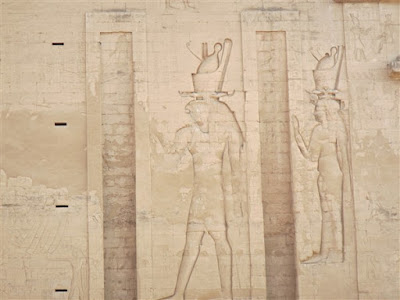 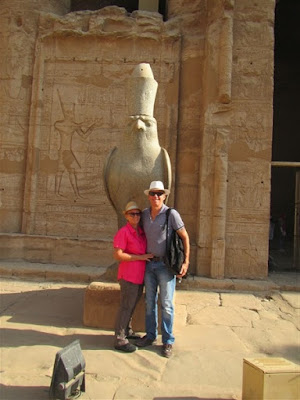 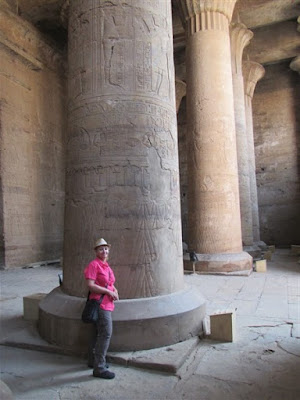 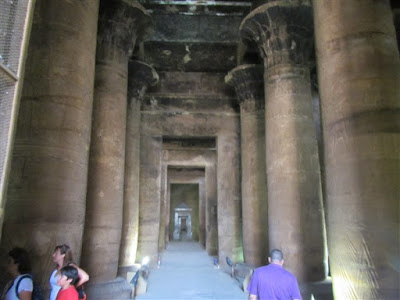 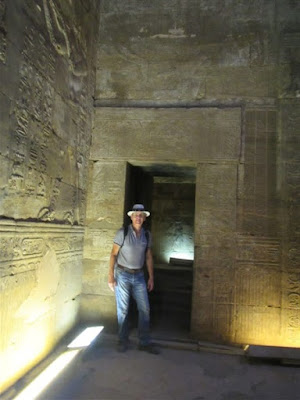 Love The Lights And The Smaller Rooms Are So Cool 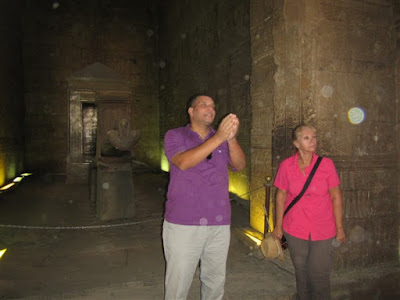 Hatem Our Guide Explaining Something That We Have Already Forgotten 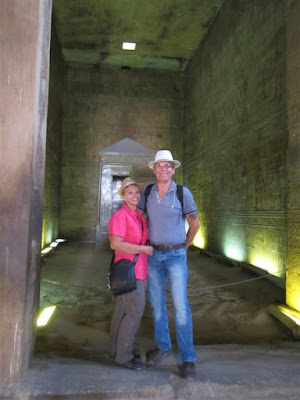 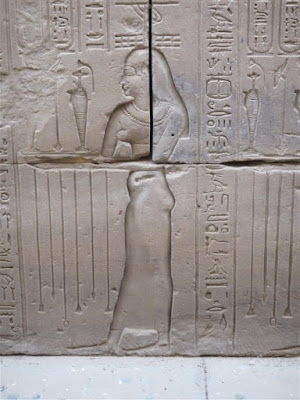 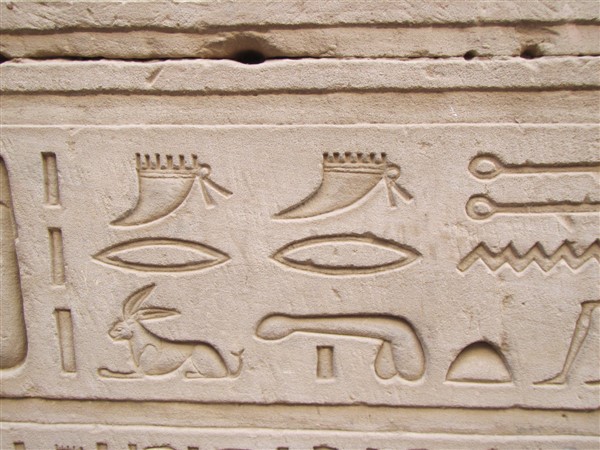 After our early morning tour we boarded the ship again and soon we set sail to the town of Kom Ombo for another brief stop. We left the ship and hopped onto a "caliche" or horse drawn carriage for a joy ride around the town to visit another temple. The Temple of Kom Ombo is an unusual temple dedicated to Sobek the crocodile god and Horus the falcon-headed god. 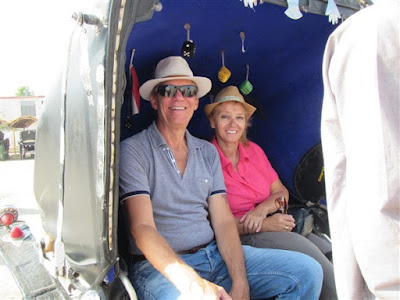 Notice The Fuzzy Dice Above Our Heads 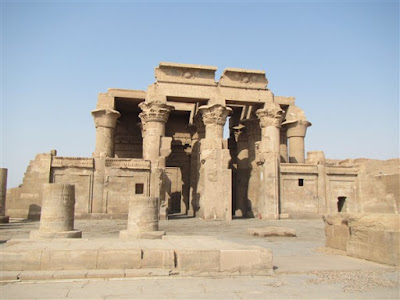 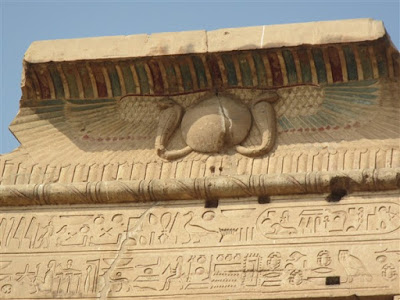 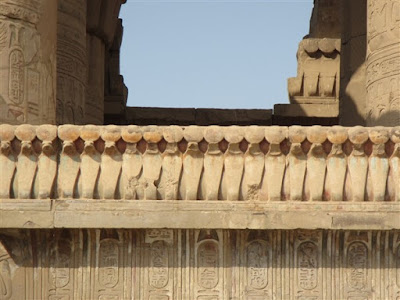 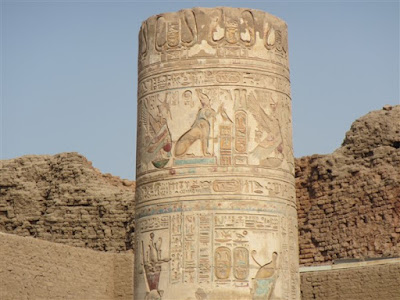 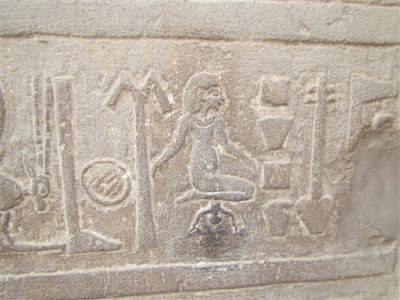 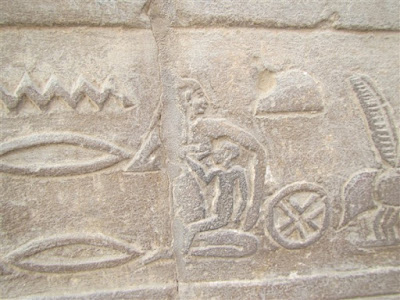 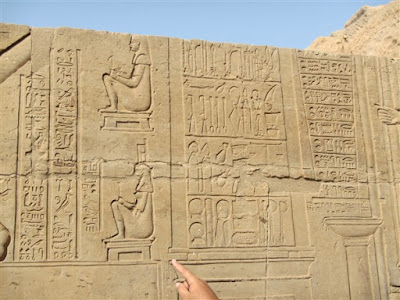 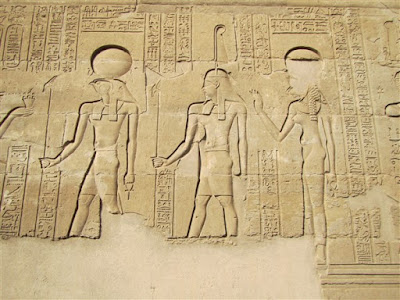 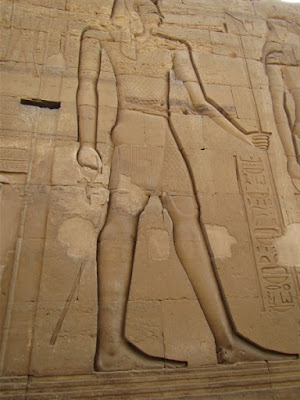 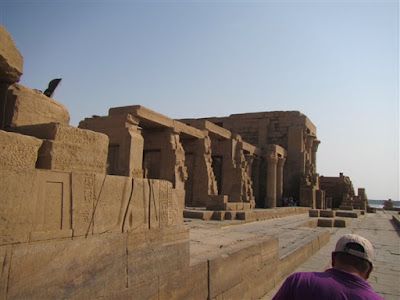 Another short distance up the river where we docked in the city of Aswan where we would spend the next few days.

Back on board our nightly entertainment was a "gallabaya" party where all passengers were supposed to buy traditional Egyptian robes to wear. While this was nothing more than a way to force passengers into buying something from the store, it was a silly way to interact with fellow cruisers.
Dinner was an international buffet that featured mostly Egyptian foods like kushari, (rice, lentils, chick peas, and pasta with a red sauce) kofta (minced meat formed into balls or sausage) along with typical flat breads, desserts and more. 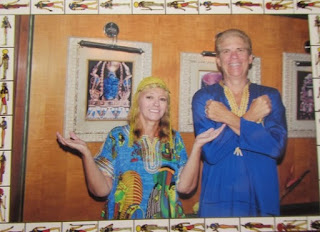 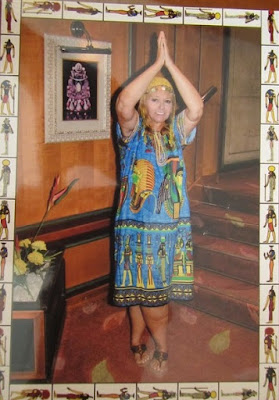 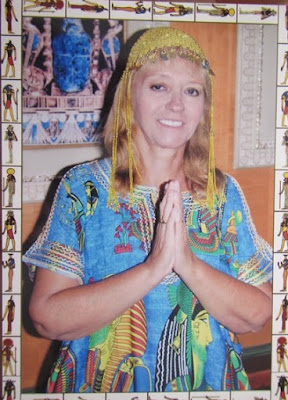 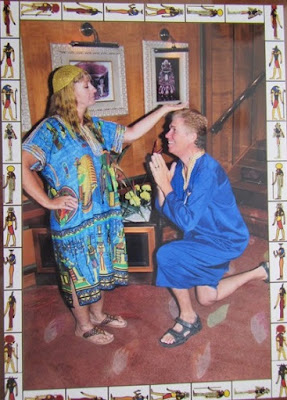 The Royal Servant Begs To The Queen 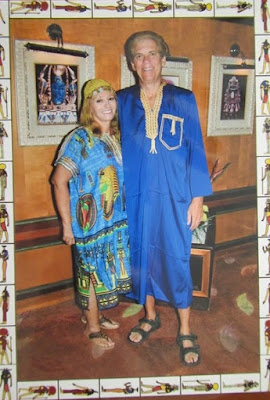 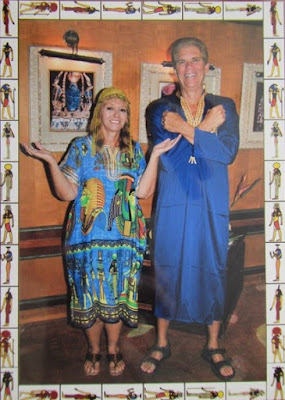 And just like on any cruise when there is a special dress up night there's a photographer lurking around every corner waiting to snap photos. But instead of the formal dinner with the Captain like on most cruises, the dress here was robes because the Captain on this ship was always dressed in a long, gray robe.

After dinner the lounge was open with music blasting to rock the night away. But as we partied like Egyptians we realized we were dancing to Latin music and surrounded by Spaniards. But later in the week there was yet another Egyptian party where the music took on more of an international feel. A combination of Arabic, Belgian, Spanish and even English music was played for everyone's musical pleasure. 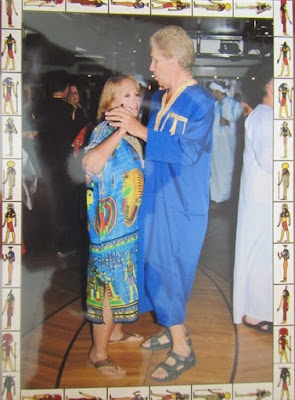 After a day of dressing, partying and eating like Egyptians we were thankful for another day on the Nile.....along the gringo trail.
at August 29, 2017