The Temples Of Abu Simbel On The Border Of Sudan......

The only shore excursion that was NOT included in our cruise package was a trip to Abu Simbel. But everyone that had been to Egypt before us said it was a MUST SEE, so we listened and went. Located a 3-4 hour drive from the city of Aswan, it was a long day that began at 5am. 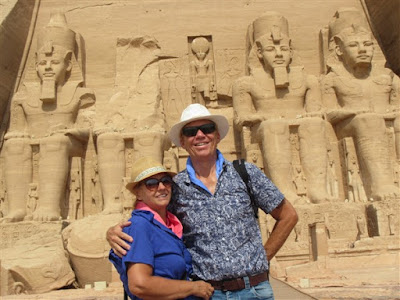 Only 8am And We Are Melting....112 Degrees So We Have Our Cooling Towels On 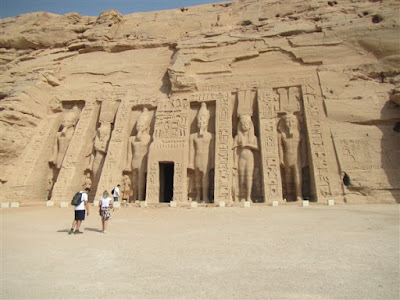 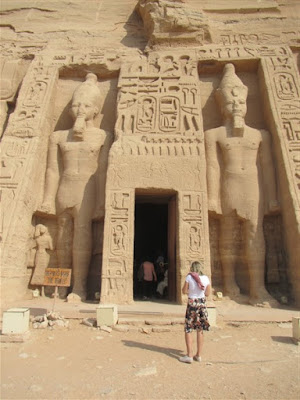 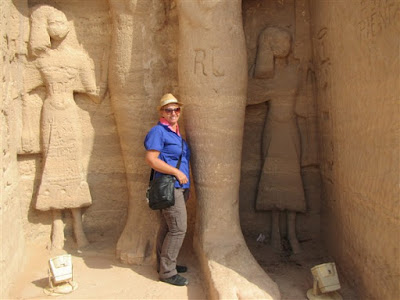 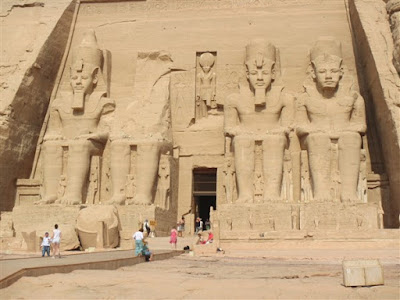 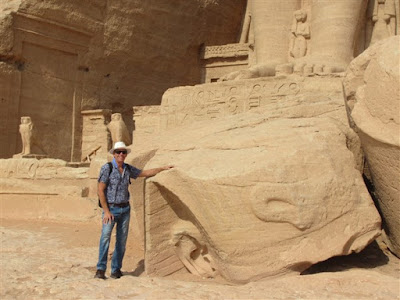 A Fallen Head....Notice The Ear And Nose 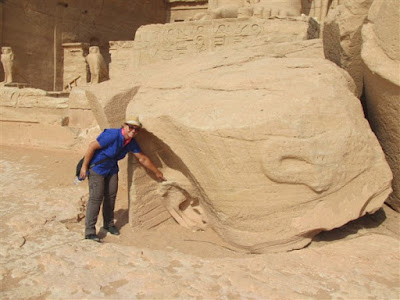 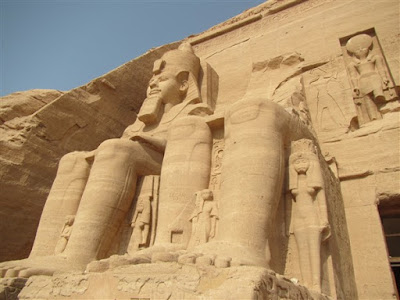 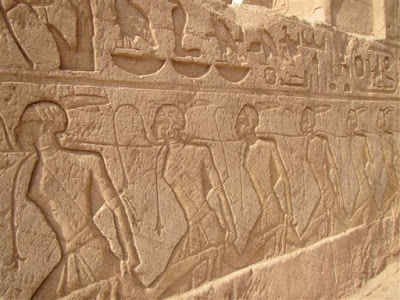 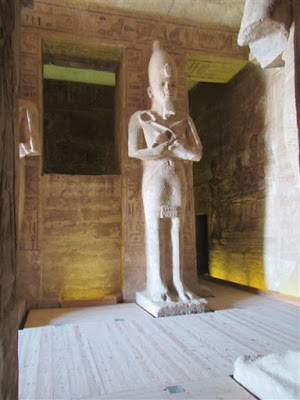 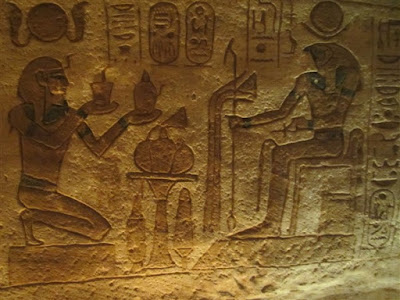 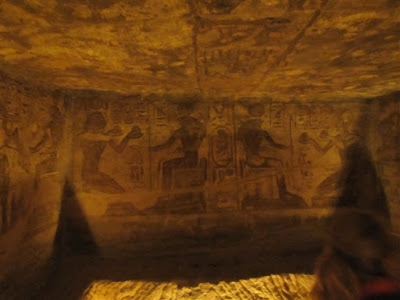 This massive temple complex was originally cut into solid rock in southern Egypt but later had to be relocated due to flooding of the Nile. A major undertaking that was organized by UNESCO, these ancient wonders would have been lost had they not been moved. Located in the village of Nubia near the border of Sudan they are situated on the western bank of Lake Nasser. They originated in the 13th century during the reign of Ramses II as a lasting monument to him and Queen Nefertari. If viewing these impressive temples was not enough just to realize that this whole complex was taken apart piece by piece, numbered and reconstructed is unbelievable. 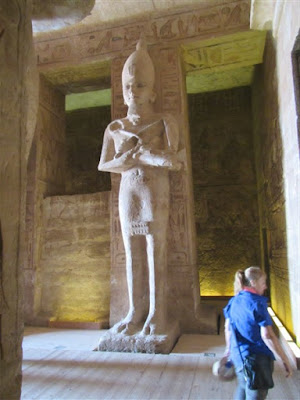 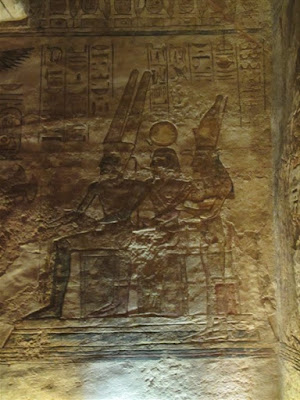 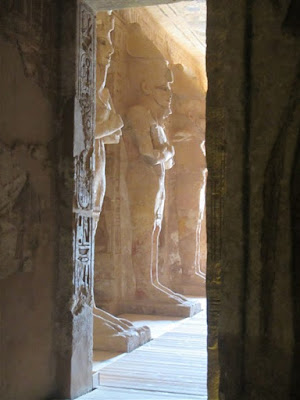 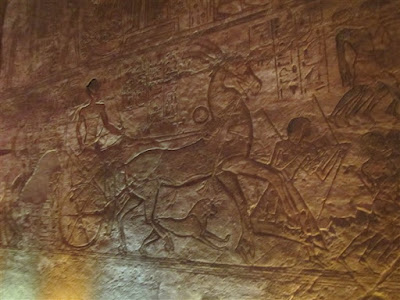 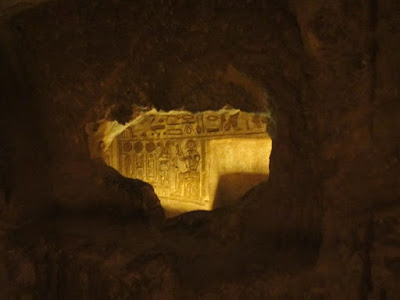 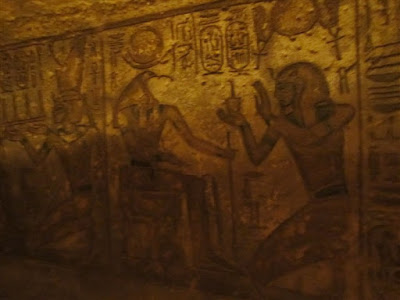 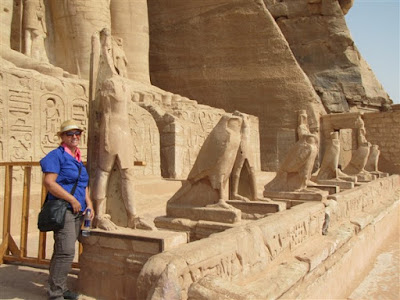 The temple complex is SO immense it felt like we had the whole place to ourselves with few other tourists around. We roamed around for about an hour or more feeling pretty small against the massive structures. Definitely well worth the long drive and early hours of rising to witness this spectacle in the middle of the desert. 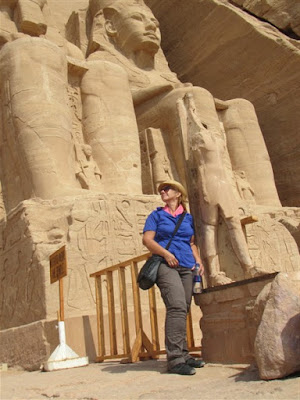 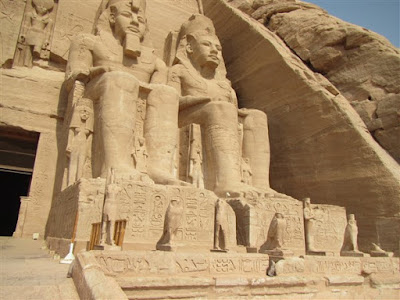 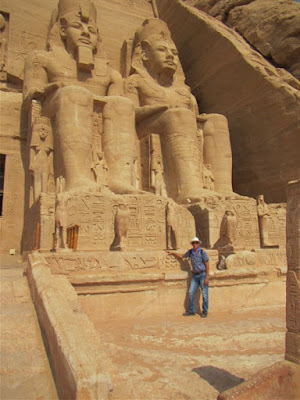 See How Huge These Are Compared To Clyde 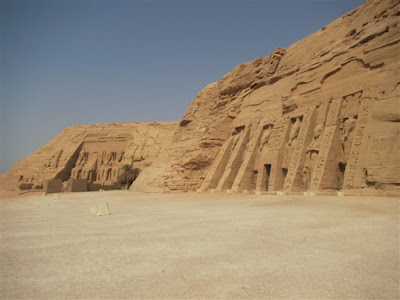 
Our driver had us back to the boat by lunchtime, around 1pm and we wasted away the afternoon hours lazily watching the sights of the Nile float by.....along the gringo trail.