Miracles, Mosques, and More of Egypt.....

Yesterday our first stop of the day was the Great Mosque of Muhammad Ali Pasha, also known as the Alabaster mosque. Located within at the Citadel it was built between 1830 and 1848. A former residence of the Royal Family and fortification of the city of Cairo, the citadel has the look and feel of a castle overlooking the city. 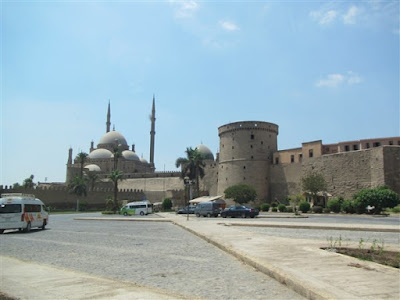 Muhammad Ali Mosque And The Citadel 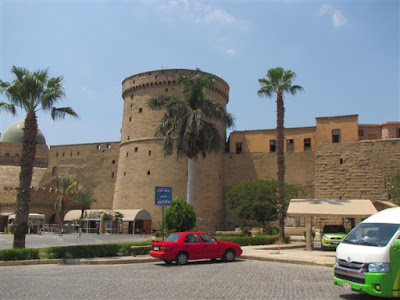 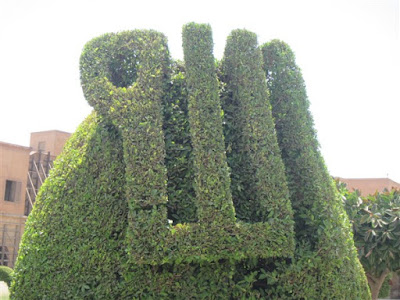 This Means, "Allah" In Arabic Our Guide Told Us 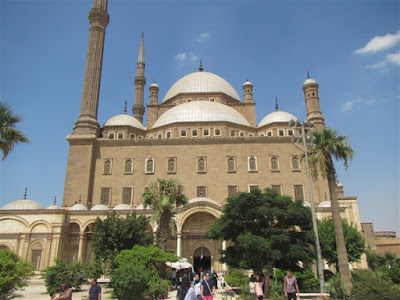 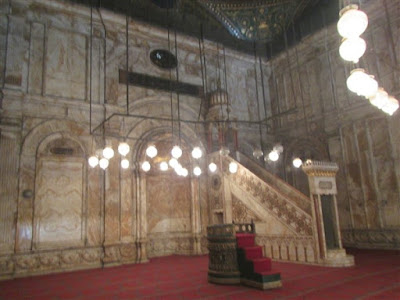 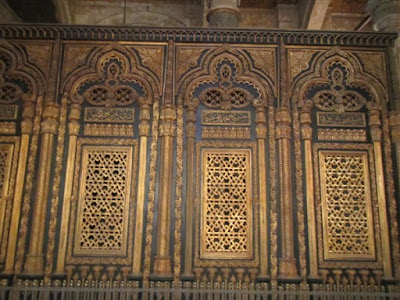 Next we headed to Old Cairo for a stop at Saints Sergius and Bacchus Church, (Abu Serga), one of the oldest Coptic churches in Egypt. The church was built over a small cave where it is believed that that Holy Family, Mary, Joseph and baby Jesus rested after their journey from Jerusalem. Legend has it that the family lived there for three months after an angel told them to take the baby and flee Israel since King Harrod was killing all babies under age 2 in Bethlehem. 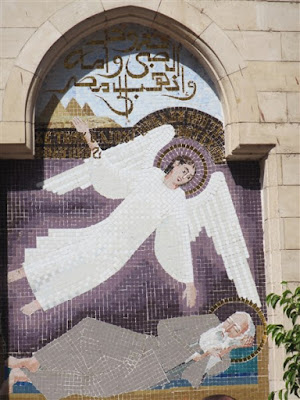 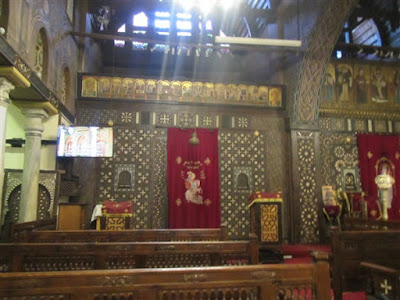 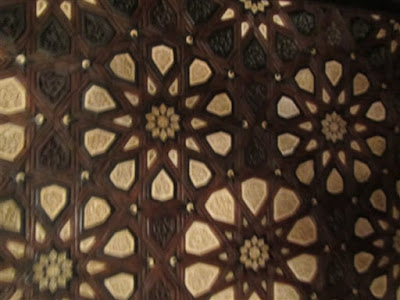 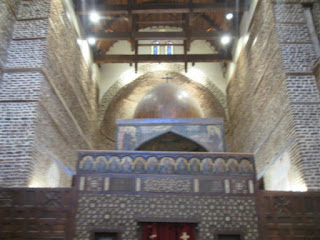 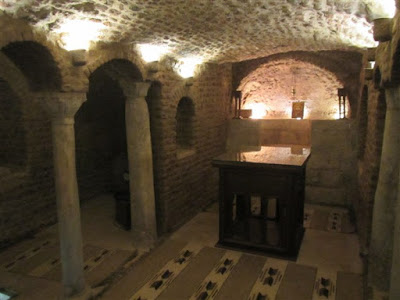 The Cavern Where The Holy Family Once Lived 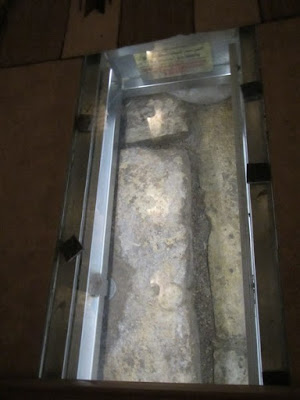 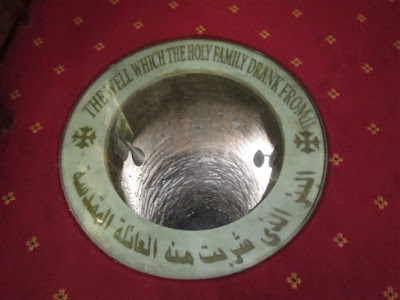 Then we visited St. Virgin Mary's Coptic Greek Orthodox Church, better known as The Hanging Church. This hanging or suspended church was built over a gatehouse of a Babylon Fortress in 3rd Century AD. The nave is literally suspended over the passage and therefore has no foundation underneath. 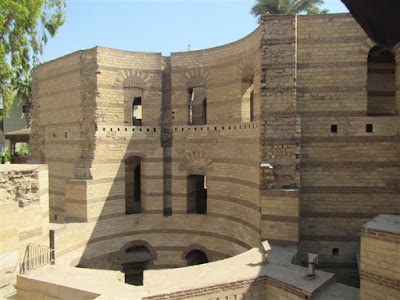 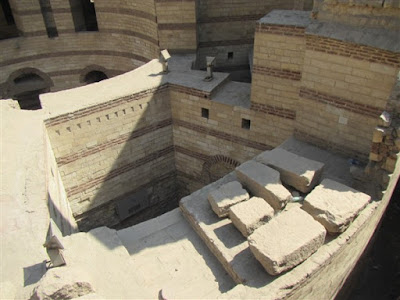 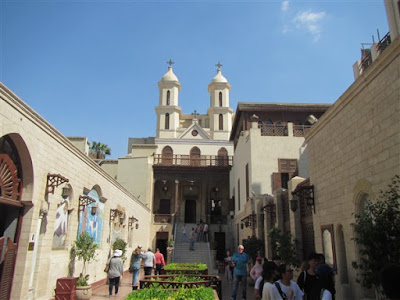 
The church is site of several reported apparitions of Mary, two of which were captured by photos and are displayed on the wall. The first time she appeared in a dream to Pope Abraham in the 970 AD in the story about how the mountain moved by faith.

One of the many handicrafts carried out by the Egyptians is papermaking out of papyrus. The ancient Egyptians are the first to make paper out of the plant that goes back as far as the First Dynasty. The stem of the plant grows in the shape of a triangle, or pyramid to Egyptians, is sliced thinly, laid out in a cross-pattern and pressed together. The natural glue from the plant holds the plant together in a strong bond that is both tear proof and water proof. Then local artists use the papyrus paper as their medium to create lovely paintings that are on display most everywhere here. Since we do not have a house we could not buy any paintings, but learning about the process was fascinating and if we had a house we surely would have taken home a few paintings. 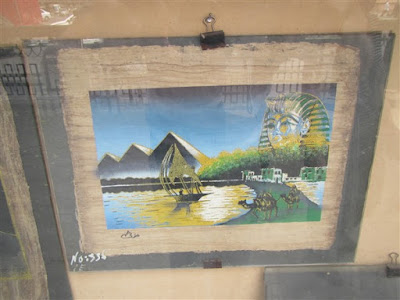 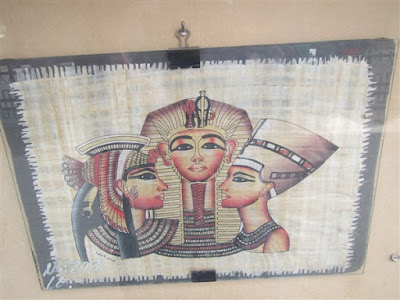 Notice The Cross Hatching Design That Shows It's Real Papyrus 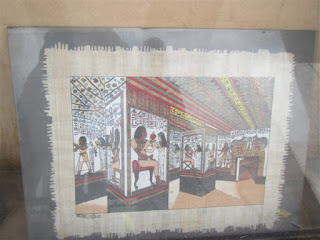 Another wonderful day learning about ancient cultures, miracles and so much more in Egypt, along the gringo trail.
at August 18, 2017