The Historic City Of Segovia, Spain......

The city of Segovia, Spain is located in the region of Castile and Leon in the province of Segovia. Just a little over an hours drive outside of Madrid, we set out to explore this picturesque, hill top village. Segovia was founded in 1076 BC by Hercules and later taken over by the Romans who built the famous acueduct that still stand today. The whole town is listed as a UNESCO World Heritage Site meaning it has significant importance. The town lies on the main route of The Camino de Santiago, a pilgrimage that crosses Europe ending at the tomb of St. James in in north-west Spain. The "camino" gained worldwide attention in the 2010 movie called, "The Way," that features an unlikely cast of characters who decide to make the arduous journey.

Upon approach to the city it is the massive, well preserved acueduct that takes center stage. This marvel of engineering consists of 25,000 granite blocks held together without any mortar. It spans 818 meters with more than 170 arches, the tallest being 29 meters high. If that wasn't amazing enough we merely had to turn the corner for our next impressive view. 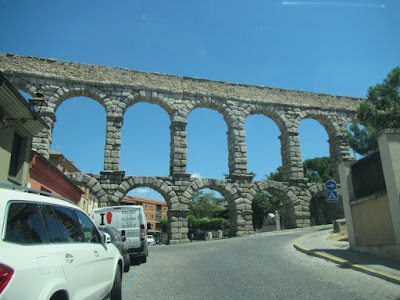 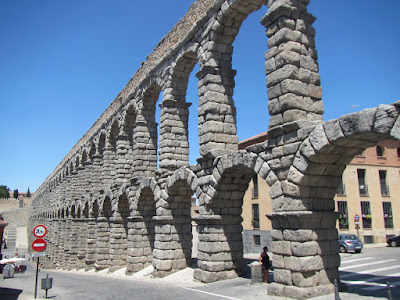 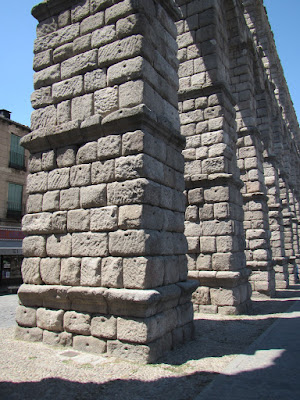 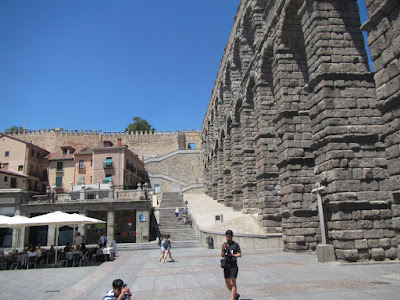 Up Those Stairs We Go 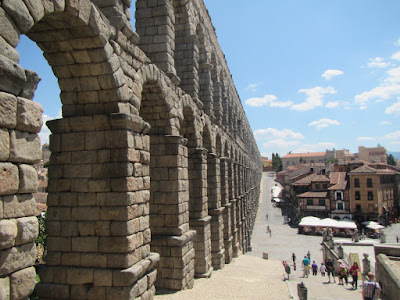 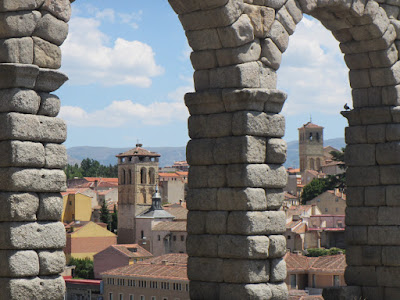 The Alcazar is a royal palace built on a stone peninsula between two rivers was perhaps built in 1122, although no one is really sure. Its fairytale good looks make it the most visited castle in all of Spain. Many believe that it was the Alcazar that gave Walt Disney the idea to built Cinderella's castle in Walt Disney World using a similar design. 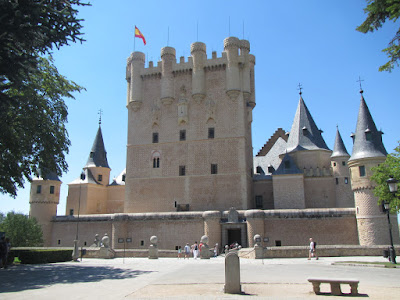 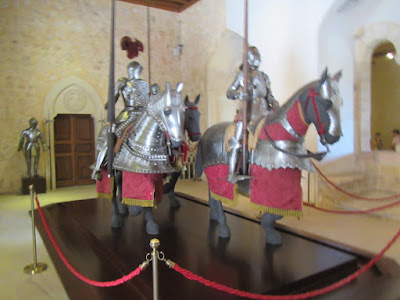 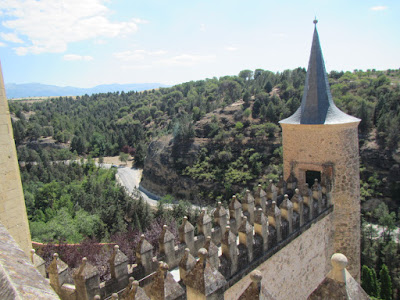 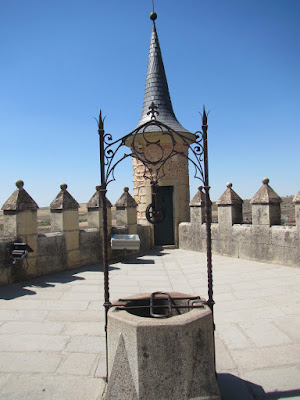 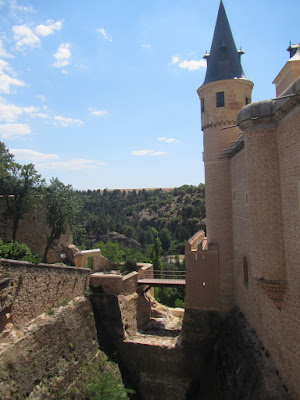 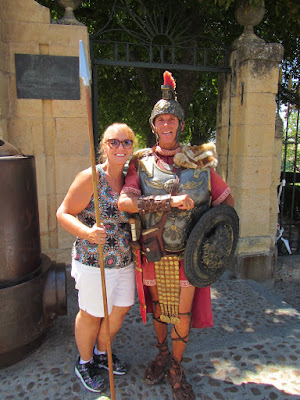 My Knight In Shining Armor?
Ok Someone Who Works There


The Segovia Cathedral is the last Gothic cathedral to be built in Spain in 1768. It is considered to be a masterpiece in Basque-Castilian design and is known as, "the lady of cathedrals." 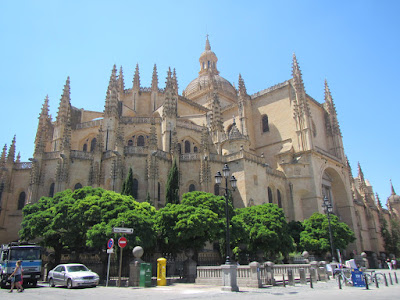 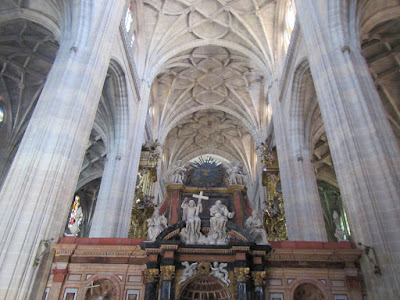 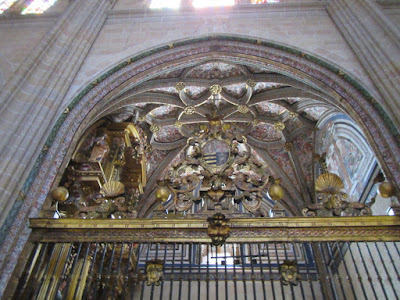 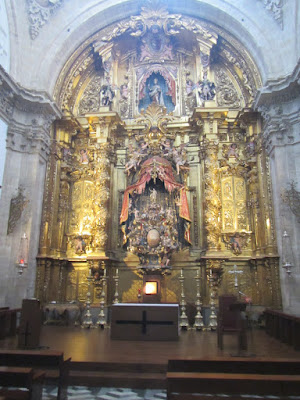 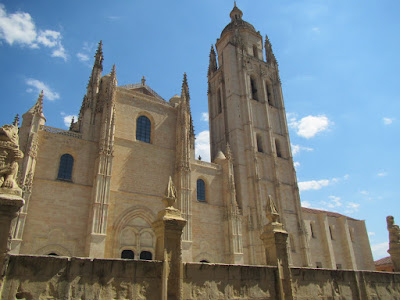 The entire city of Segovia is gleaming with medieval architecture around most every corner. The old walls that surround the city were originally made up of granite blocks along with reused gravestones from the old Roman necropolis. 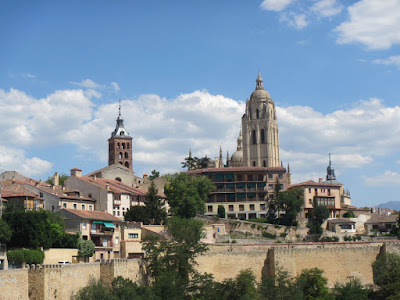 Sights Around The City 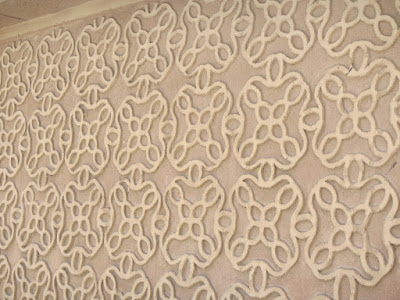 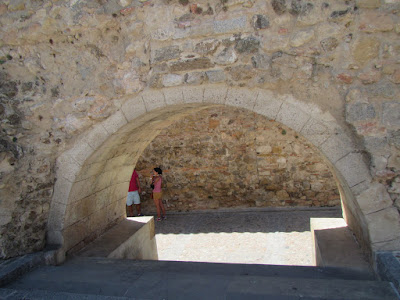 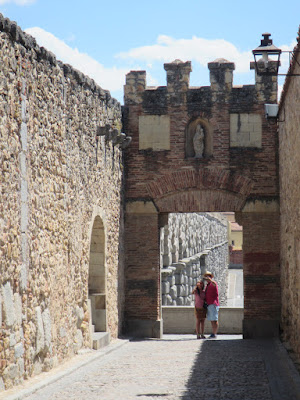 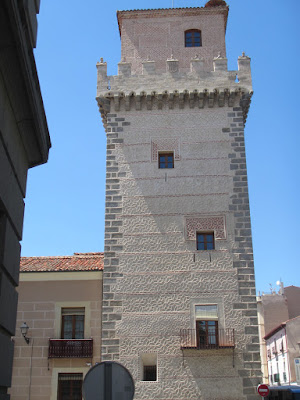 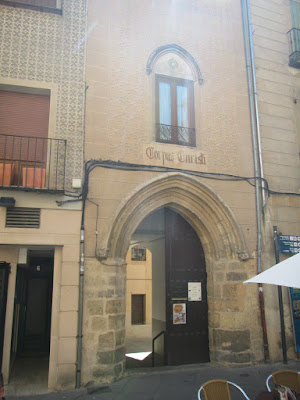 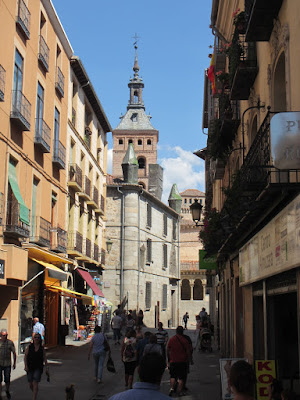 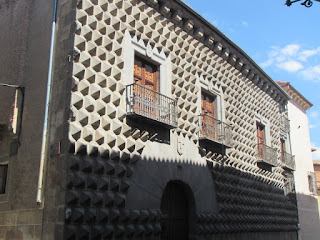 These were just a few of the many historical stops throughout the city while there were others that we missed visiting. Our trip to Segovia was a nice change of pace from the big city life of Madrid, and something we will long remember as we contine......along the gringo trail.
at August 03, 2017