From Penzance To Land's End....Our UK Adventures Have Just Begun.....

When we decided to leave Panama to travel we had no idea that our adventures would literally take us to the Land's End, in Cornwall, England.  While our house sit is actually in the town of Penzance, the road doesn't go much further.  Just nine miles or so up the road at the westernmost point of Cornwall is the town appropriately named, "Land's End." Considered to be Great Britain's iconic, coastal village it overlooks the Atlantic Ocean that merges with the English Channel. 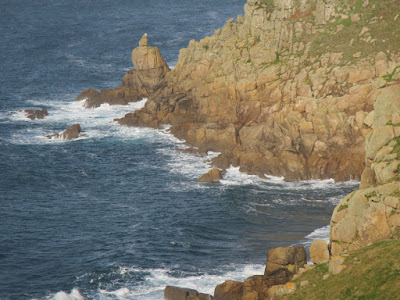 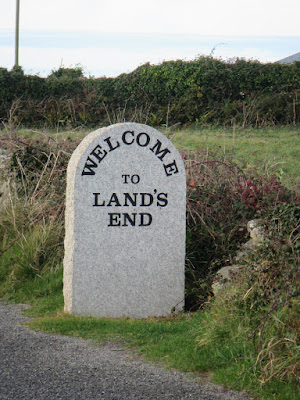 Love The Name Of This Place....So Fitting! 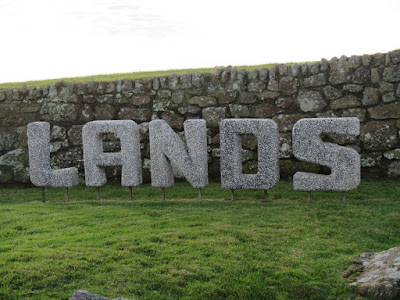 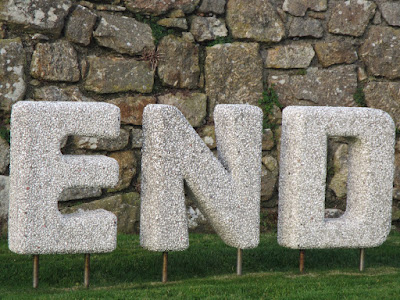 Land's End presented us with some of the most stunning coastal views that we have probably ever seen.  We looked out at the rough seas amazed by the clear blue waters and rugged cliffs that have been carved out by the Atlantic Ocean. Totally in awe we strolled along the cliff top trails admiring all of the natural beauty around us. The strong ocean breezes made the 55 degree temperatures feel much colder and nearly blew us over the edge. With few other tourists around we had the place almost all to ourselves. 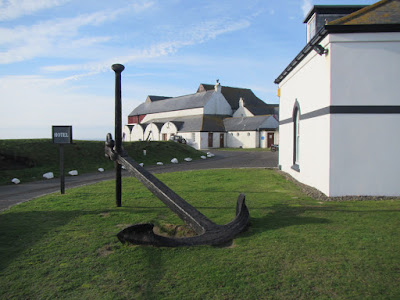 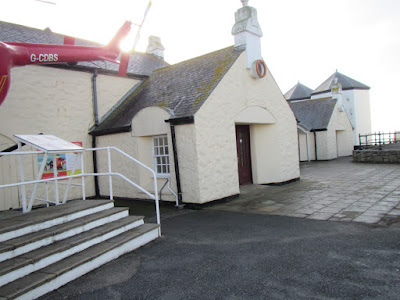 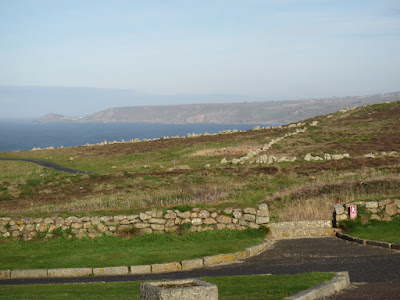 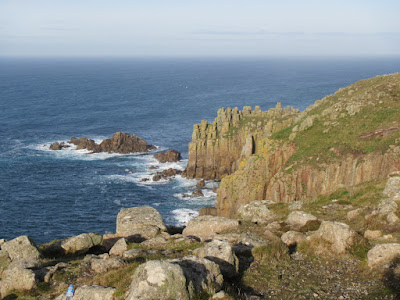 It Keeps Getting Better 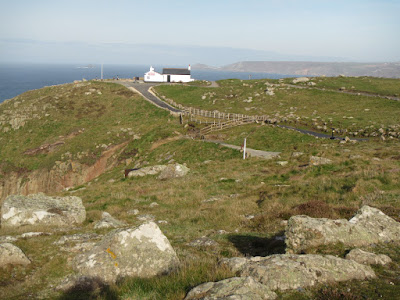 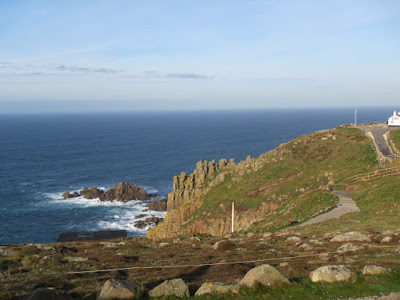 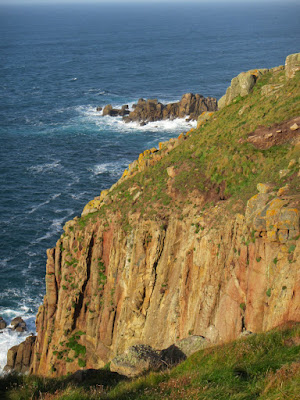 It was obvious by its touristy venue that this place surely is hopping during the summer, but today it was just a sleepy little village on winter hiatus. Just a few wandering tourists like ourselves along with some hearty construction workers making improvements wearing only shorts and light jackets. 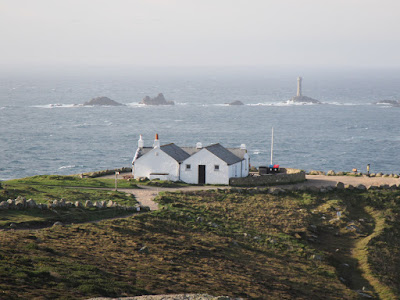 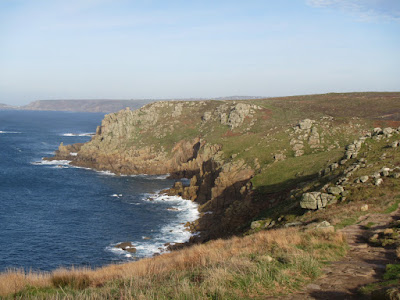 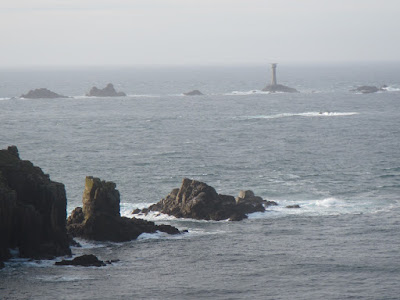 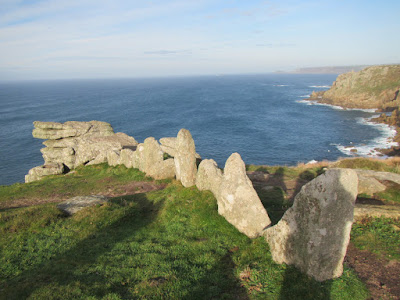 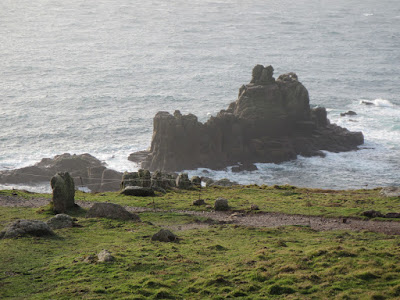 From Lands End we headed to the picturesque old fishing village of Mousehole (pronounced Mowzel). This tiny village is a maze of very narrow streets and no parking where houses are made of finely grained Lamorna granite. Since it was well past lunch time and we were hungry we tried to find a place to eat but never managed to find a place to park. Eventually we gave up and headed elsewhere. 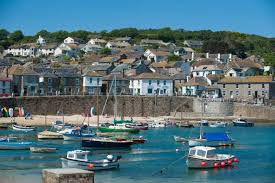 
We stumbled upon a large store named Sainsbury's which we knew sold groceries and included a free car park.  But this one was called a superstore and featured various departments like clothing, housewares, a café and even a doctor's surgery center. Surgery is a department store?  Apparently so! We made our way upstairs into the large cafeteria restaurant that offered lovely views of the nearby waterfront. After checking out the menu we both opted for a turkey dinner special for just 5.45 pounds each ($6.80).  The cheery clerk delivered our meals to our table with a smile.  Along with the turkey and cranberry sauce the meal featured roasted potatoes, carrots, Brussels sprouts, a few tiny meatballs and sausages along with two light and airy rolls. Quite the bargain we thought as we left there feeling full and satisfied.

Downstairs in the store we picked up some groceries for a small price of just 13 pounds, so delighted that groceries are very cheap here!

The only downside we see about life in the United Kingdom is the short hours of daylight. The sun rises at 7:52 am and sets at 3:52pm making for a looooog nighttime.  Tonight we are chilling in our bedroom since the homeowner is still here.  We invited ourselves to come here a few days before she would be leaving on vacation.  Tonight she has some friends coming over for a yoga session so we are staying out of their way.

After she leaves our duties will simply be to take care of Alvin, a very energetic husky, spaniel, border collie mix. Her home is lovely, old and large.  She has several bedrooms that she rents out during the summer months, one of which we are staying in now.

The kitchen features an AGA Cooker, that heats with fuel oil that stays on round the clock.  This cooker is the heart of the home and serves not only for cooking but also for heating the main level of the house. I was skeptical how such a thing could work but did manage to boil water this morning to cook up some "porridge" better known as oatmeal to the rest of the world. Surprisingly the water heated to a boil rather quickly and we were able to cook some healthy oats for breakfast. 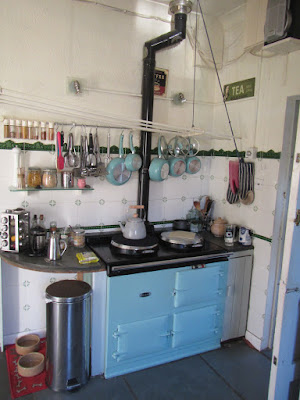 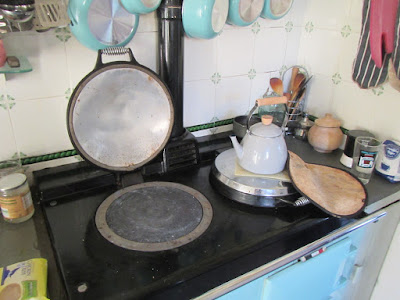 Round Hot Plates Serve As Burners 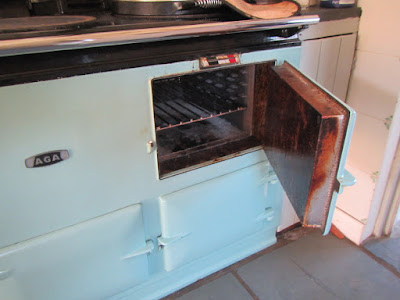 Life as homeless nomads is fascinating filled with new things to see and do daily. From browsing the aisles of the grocery stores to see what is sold here to strolling along trails overlooking the ocean is what we enjoy in our everyday lives......along the gringo trail.