I wrote this last week but Clyde suggested the I didn't post it until we knew the outcome.

We've been driving a rental car for almost a week now and Clyde seeing dollar signs, wanted to buy a car as soon as possible so we wouldn't have to pay for another week of a rental.  Rental cars are pricey here since our US auto insurance is no good here so one HAS to take the insurance with the rental.

In our many days of being lost, driving around Panama City in circles we stumbled upon ALL the major car dealers.....Toyota, Hundai, Nissan, Ford, Chevy, Kia, Mercedes etc and some I've never heard of before.  Our first stop was Toyota, only since that's the first one we found the day we were ready to buy.  In we walked said a few words in Spanish and asked if anyone speaks English. We didn't want to make such a huge purchase and sign contracts NOT knowing what was being said to us.  Luis, a good looking Panamanian salesmen walked up to us and spoke fairly good English.  Clyde asked if he had used cars, he asked what we were looking for......we told him a fairly new sport utility vehicle, not too big , low miles, automatic (since many cars in Panama are standard) with air conditioning.  Luis said he had one he thought we might like.  A 2010 Toyota Rav Four, 4x4, low miles with a/c and all the bells and whistles.  He invites us over to his desk, starts typing away and turns his computer to us to show us pictures of this car and the odometer with the miles, along with the spec list.  We ask him the price, he tells us and takes us outside to look at a brand new model of the same car for a comparison.

Luis goes on to explain that all we need to do is put down $500 and he'd get the car to us as soon as we had the money wired from our US bank to Toyota.    I asked "so can we see the car first?"  He said "no, it's practically a brand new car, what's to see, it looks the same as that one."  Skeptical and tired of shopping we both said, "let's do it."  So we signed the papers, the even provided us with car insurance.

We left the dealership and when we walked outside we both realized we had just agreed to buy a car for a large amount of money......that we had NOT seen yet!

Clyde immediately called his bank in the US to have them transfer the money.  The money transfer took a few days, Toyota said there was a name missing from the wire transfer, then a number missing that they needed.....this went on for days and days!

We went into Toyota to see what the hold up was.  Although Luis seemed to understand what we were saying in English.......we think the light was on, but no one was home.  Whoever was at fault, whatever the problem was, Toyota had our money and we wanted the car, so we could stop paying for the rental that we'd had for 12 days.

Today finally......we got to see the car!  It was as nice as Luis said it would be.  Since today was my birthday Clyde said my birthday present was a car.  I even got to drive it home since Clyde still doesn't have a valid drivers license. 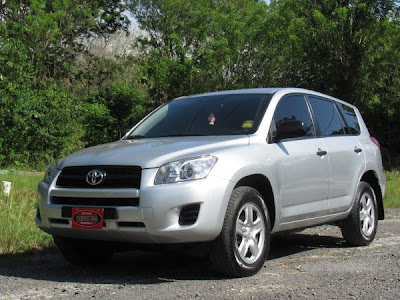 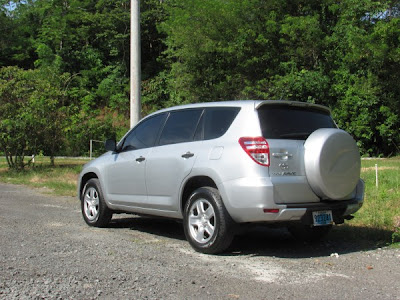 ﻿
We spent the morning with our lawyer regarding the pensionado visa.....that will be tomorrow's blog.....and when we told her how frustrated we were that it's taken a week now to buy a car, she just shrugged her shoulders and said "yeah, that's typical in Panama."
at September 15, 2011