Buying a house in the U.S. with cash, is usually a pretty easy proposition, but not in Panamá.  Once we found the house we wanted, the seller wanted 10% down when we signed the "promise to buy/sell contract."  She explained that once this document was signed, she was not allowed to sell the house to anyone else.  But since our funds were in a U.S. bank, we would first have to transfer the funds.

Our lawyer told us it was perfectly safe for us to transfer funds directly from our account in the U.S. to the bank account of the seller in Panamá.  But the seller didn't like that idea, and insisted that we open a local bank account for the fund transfer.  Since our lawyer was already involved, it was easier to have her open the bank account for us too, for an extra fee of course.  The first bank she called would not accept a money transfer from the U.S. so she keep looking.  Next she presented us with the requirements for a foreigner to open an account in that particular bank.  The requirements were: Two letters of reference from a bank for Clyde, and one for me.....four personal letters of reference each....and copies of all bank statements from those banks.  We had to show copies of our passports, along with our pensionado visas, and identification from the U.S., are old drivers licenses' from Texas.  The whole process took about two weeks, running back and forth to Panama City to meet with our lawyer at the bank.

Once the bank account was active the money could be transferred from the U.S. and the seller was issued the 10% down payment, in front of the lawyer and a notary.  All parties involved had to sign the "promise to buy/sell contract" which was all in Spanish of course, and stamp our fingerprints on the documents. The sale of the house is now locked in and the seller would pay a stiff fine should they sell it to someone else at this point.

Even though we had ALL the funds transferred at one time, Panamá requires that all these steps be followed.  It would have been much easier to just issue the seller the full amount instead of just 10%, but things are not done that way here. Then the bank issues a certified check for the balance due, to the seller.  This process takes another two to three weeks, and once again all paperwork must be signed with a lawyer and notary present.  The check for the full amount is NOT given to the seller yet at this point in the process.

Next the lawyer submits the paperwork to the some government office, like a department of registry, who takes several more weeks to draw up the final paperwork.  We meet once again with the seller, the lawyer and the notary to sign the final documents.  At this time the lawyer presents a certified check to the seller who gives us the keys to the house.

Let me mention that there are two types of property here in Panamá.  One type is "titled" and the other is called "right of possession."  The only thing I know about ROP property is to stay away from it, because without a title, we could come home one day to find someone living in our house.

One of the perks of home ownership in Panamá, is that when someone buys new property, they pay NO PROPERTY TAX for 20 years!  And on existing property let's say that's 10 years old, they pay no tax for 10 years.  The house we're buying is close to 30 years old so we will pay property tax, but it should only be a few hundred dollars a year. 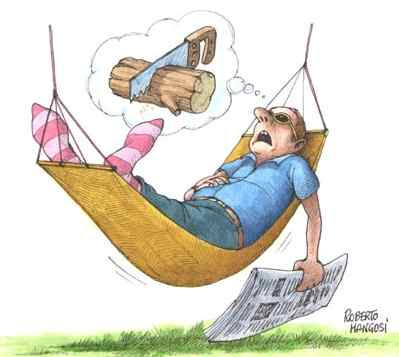 So one of these days we should make it to the end of this long process, and be homeowners.  Until now all we can do is be patient, and wait.  Waiting is just an everyday part of life here in Panamá, better known as "the manaña syndrome."  And that's just what we're doing right now....waiting for friends to come over, to hang out or maybe go out on some a new adventure.......along the gringo trail.
at February 26, 2012