The very "breast" thing about living in Panamá, is the inexpensive but high quality health care.  Since it's been over a year since my last mammogram before leaving the U.S., it was time to pursue one here.  I asked around and since there was nothing around Coronado, it was either a drive into Panama City or the next best thing.  Over the past year in our travels through the city of La Chorrera, I noticed a sign on the side of a building near the El Rey Supermarket.  The sign listed all the tests available inside including mammogram, ultrasound, bone density, and more. In January while applying for health insurance I was required to have a pap smear done.  The doctor I saw for that test also wrote me an order for a mammogram, which I used for today's procedure. 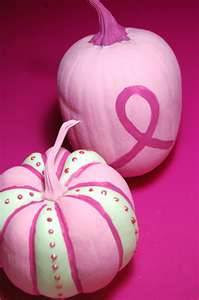 In a simple, white building on a busy corner in La Chorrera sits the clinic called "Centro Medico y Diagnostico Santos y Mejia."  Once inside the door we came face to face with a receptionist behind a desk, a flat screen television on the wall behind her, and a few chairs on the opposite wall.
She took my name, phone number, age and a few other things and wrote them down on a small piece of paper that she attached to my doctor's order.  Since October is breast cancer awareness month even here in Panamá, they were running a promotion.  Mammograms this month are only $25 instead of the normal price of $60.  Even with very good health insurance in Texas, we had to pay $108 each time I had a mammogram done, on top of what the insurance company contributed.

After waiting a while I was called back by an older woman wearing black pants and a pink polo shirt displaying the "breast cancer awareness" logo. I explained that my Spanish was pretty basic and asked her to please speak slowly so I'd be able to understand.  She handed me a gown and instructed me to remove my shirt and bra before she left the room.  After I undressed I sat down in the only chair in the room.  I was elated when I noticed that the mammogram machine looked just like the one I'd seen in the U.S. so many times.  In the corner sat some boxes of fluorescent light bulbs and other supplies and I almost felt like I was in a closet.

In a few minutes she re-entered the room to begin the procedure.  Since the paperwork already indicated that I have implants, she explained to me that she really didn't like doing mammograms on women with implants.  In Spanish I explained that I'd had it done many times before and usually extra photos are taken, some showing the implant and some showing only breast tissue.  She seemed to understand what I was saying and we chatted about mammograms being so expensive in the states.

Before leaving I questioned how the results would be revealed?  Would they be given directly to me or to the ordering doctor like in the U.S.?  She explained that I would need to come back tomorrow afternoon and pick them up after the radiologist has had a chance to read them.  I thanked her sincerely for being patient with me not fully understanding everything that she was saying.  She apologized for not knowing any English and I told her it was not necessary since this is her country and it's me that needs to learn Spanish.

Many women I know in the states refuse to have mammograms done for fear of pain during the compression process.  Although the pain hardly exists, today I was more worried about the pain of dealing with the language.  The confusion and stupidity I'd feel when I didn't understand what was being said to me, or asked of me.  But once again I managed to get through it and survived yet another first in Panamá.

Either this time of year is a bit cooler at night, or we've lived here so long now that we only think it's cool.  Lately temperatures are dropping to a chilly 75 degrees during the night causing us to snuggle up under the sheet and sometimes even close the window.  It's hard to believe that we live without either air conditioning or heat here, keeping the electric bill down to $30 or so.

Everywhere we went today the televisions were tuned in to local news blasting information about "Mission Honduras," and "Fiebre Rojas."  Futbol better known as soccer, is the national past time in Panamá and tonight's game against Honduras is a biggie.  Apparently, it has something to do with qualifying for the Brazil World  Cup game in 2014. Vendors are standing in the streets selling flags, hats and other stuff proudly displaying the symbol of Panamá.  All of the country will be seeing red tonight as they park themselves in front of televisions, drink the night away and cheer on their team to victory. 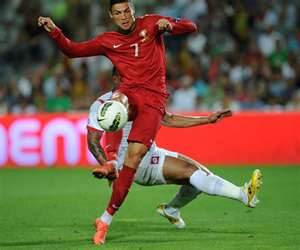 Panama is playing Honduras tonight
at the sold out Honduras stadium
﻿