Zipping Through Another Adventure......

Those of you that remember, last year on my 50th birthday I told Clyde I was going skydiving, and he reluctantly went along for the ride.  Although skydiving was never something that he wanted to do,   Clyde survived and enjoyed the jump.  Afterwards, I assured him that everything would be easier after that experience, including zip-lining through the jungles in Panama.  He assured me that he was NOT, ever, going to zip line in Panama.  Well, guess what we did yesterday.......yes I did say WE.

Since our bags were already packed and ready to go from the day before, we drove up to El Valle de Anton.  A picturesque, mountain community surrounded by jungle, the first place Clyde decided to stop at was "The Canopy Adventure."  There was no arm twisting on my part this time, since it was Clyde's idea to zip-line through the jungle.﻿ 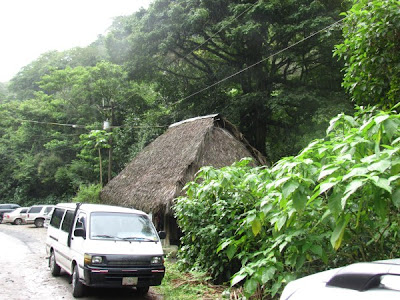 ﻿What the hell, this place looks like it is
a modern "up to date" type of establishment
After suiting up with a harness, gloves and helmet, we signed our names to a list of other names, perhaps this was the release of liability in case they killed us.  And off we went to follow our guide who spoke no English through the thick, dense jungle.  We crossed over several rickety, suspension bridges, passed a gorgeous waterfall, and carefully climbed over wet rocks as we ascended the steep hill.  Other hikers crossed our path and they seemed in awe that we were geared up for the zip-line and they were just out for a hike. 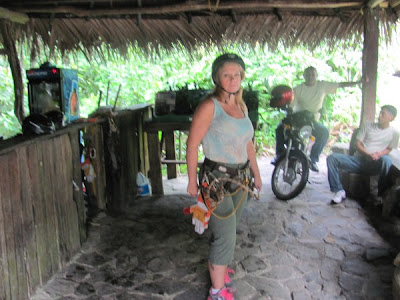 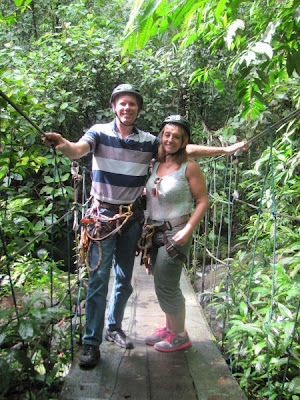 OK, now what the hell are helmets going
to do for us other than make us look real cool
Finally, we reached the point of no return, and our guide gave us a demonstration of where to put our hands, which hand was the break, what to do if we stopped,  and what to do when we reached the end of the rope.  I had no fear at all until I realized that I didn't fully understand what this young boy was saying.  As he hooked my harness to the rope I felt a bit lost and hoped for the best.  Off I went zipping over the thick, jungle canopy with an ear to ear smile across my face.  This awesome adventure was another experience of a lifetime.  And to think that I never would have had the opportunity had I not taken the plunge and moved to Panama.  As I chatted with the English speaking guide on the other end, I watched my handsome hubby soar over the jungle canopy without a care in the world. 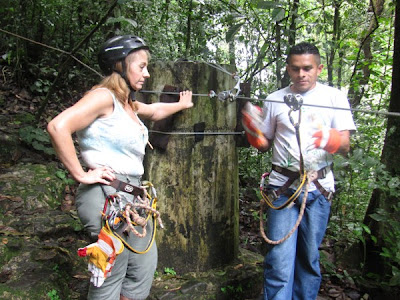 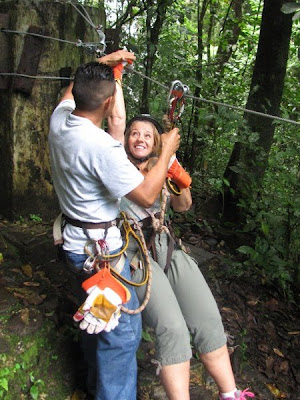 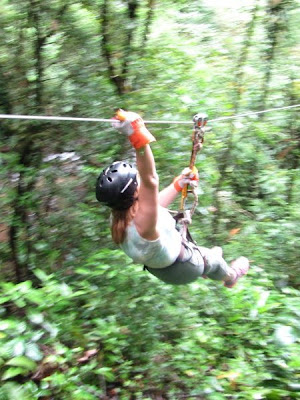 Later we walked back through the jungle paths so Clyde could take some more photos of the beautiful scenery.  Once back in the car Clyde checked the map to see where today's adventure would go next.
But maybe I should keep you all guessing, until next time we meet again.... along the gringo trail. 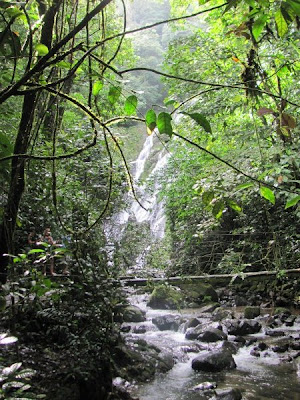 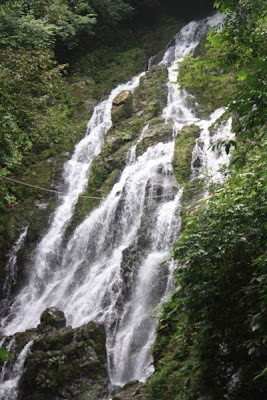 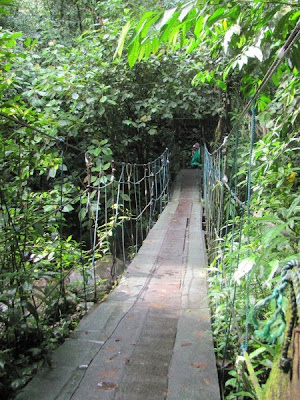 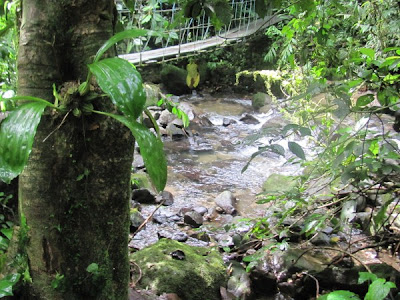